Does your MPX or MCX suffer from flacid charging handle syndrome? Are you embarrassed by the rather small size of your chargng handle latch? Well Radian Weapons has the solution for you! Presenting the new Raptor Charging Handle for the Sig MPX and MCX.

The factory MPX and MCX charging handles are based on AR-15 style charging handles. And while they work as intended, they are somewhat small and droop. Yes, I said droop. The MPX has a slight problem keeping its charging handle straight and errect when extended to its full length. Due to this droop, the bottom of the charging handle scrapes against the top of the receiver. Thus marring the finish. 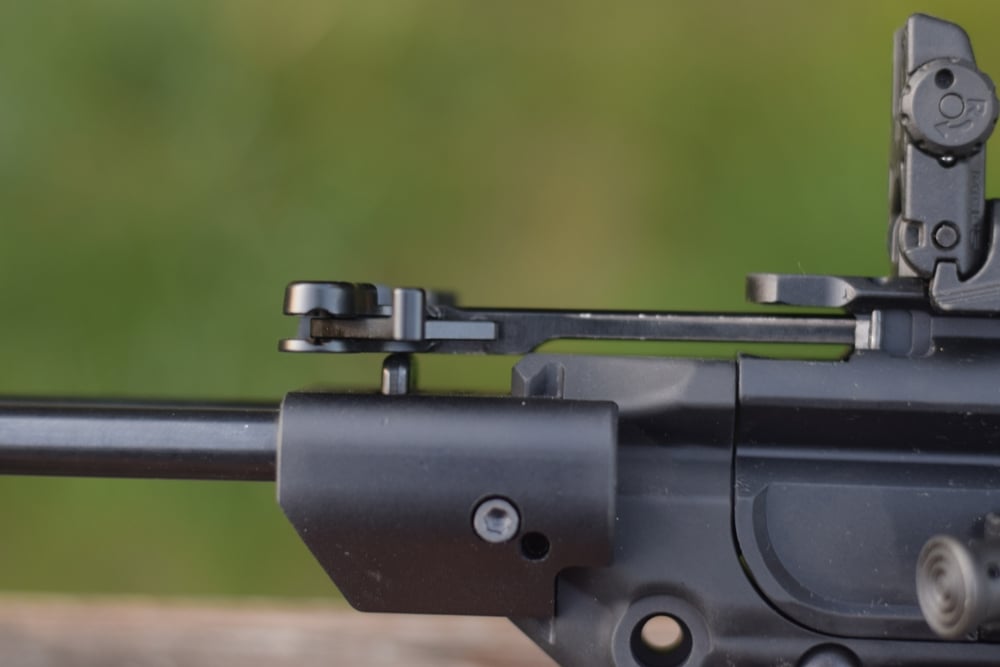 Below you can see the marks the factory charging handle left on my MPX pistol. 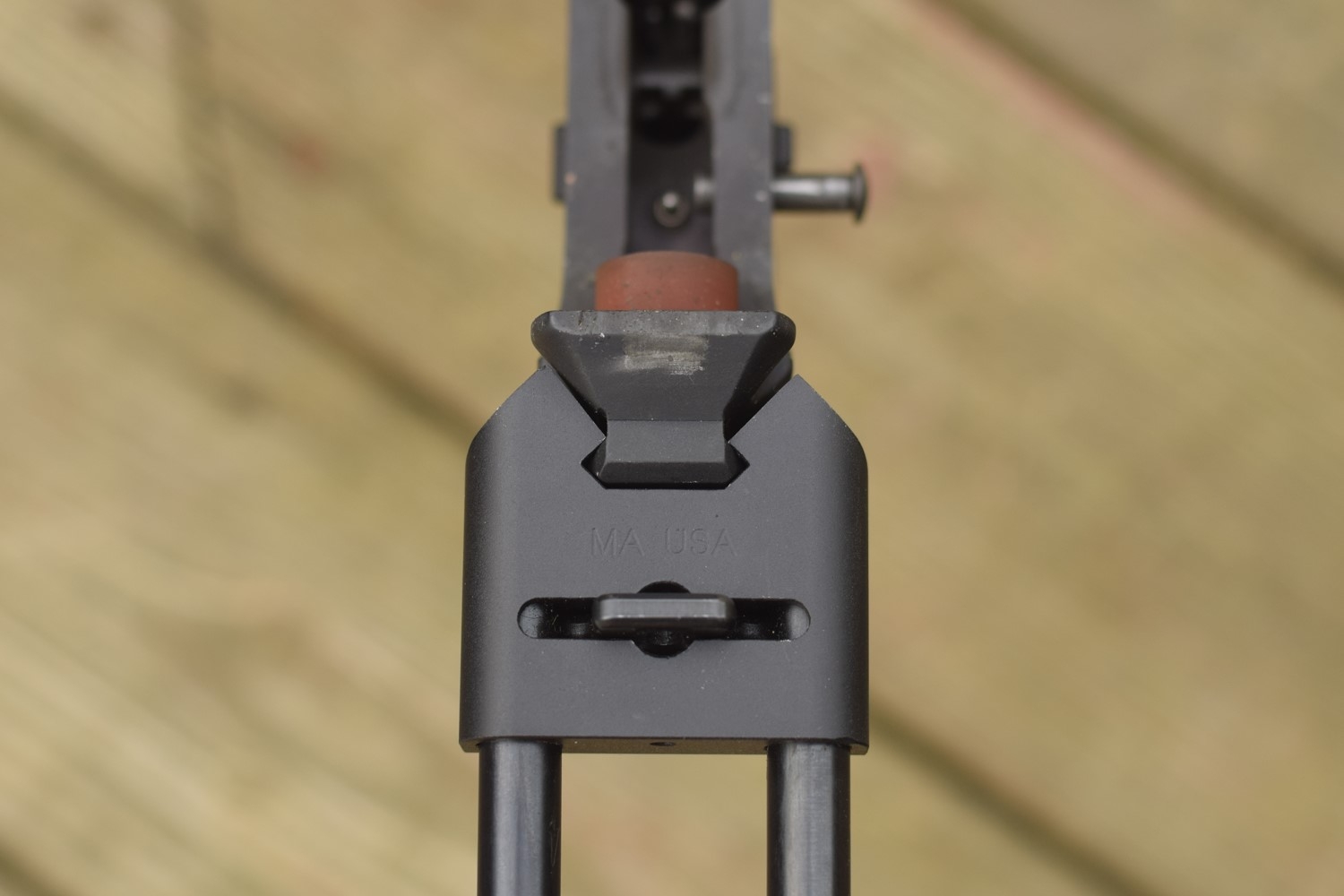 Why Get A Raptor Charging Handle? 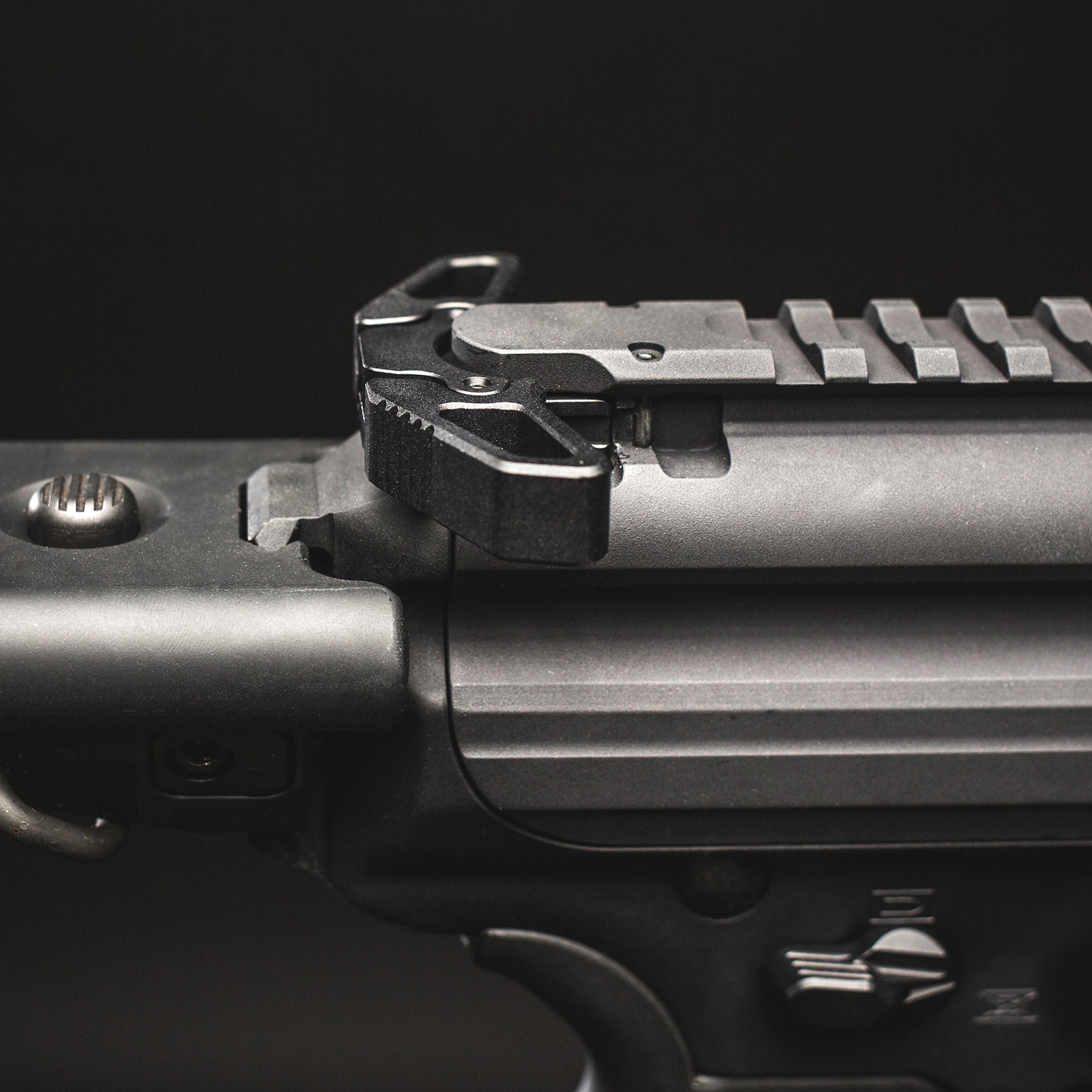 I will let Nick Booras of Radian Weapons explain it.

The Raptors for SIG MPX and SIG MCX have been in development for over a year, but have been delayed due to engineering resources being allocated to more pressing projects, including the recently released Raptor-LT. We started with the MPX because of the growing popularity of the platform in the U.S. commercial market – it’s a great gun, but the non-ambidextrous charging handle in my Gen 1 MPX left something to be desired. We decided to tackle the MCX as well due to increasing adoption of the weapon by U.S. and allied police and military units. SIG’s product management team was extremely helpful in providing the necessary data to allow us to properly design these products and ensure compatibility with all generations of both full and semi-automatic MPX & MCX platforms.

Take a look at these comparison photos of the factory MPX charging handle against the Raptor charging handle. Raptor on the left and factory on the right. Notice how far the latches stick out from the side of the receiver. Much easier to grasp. 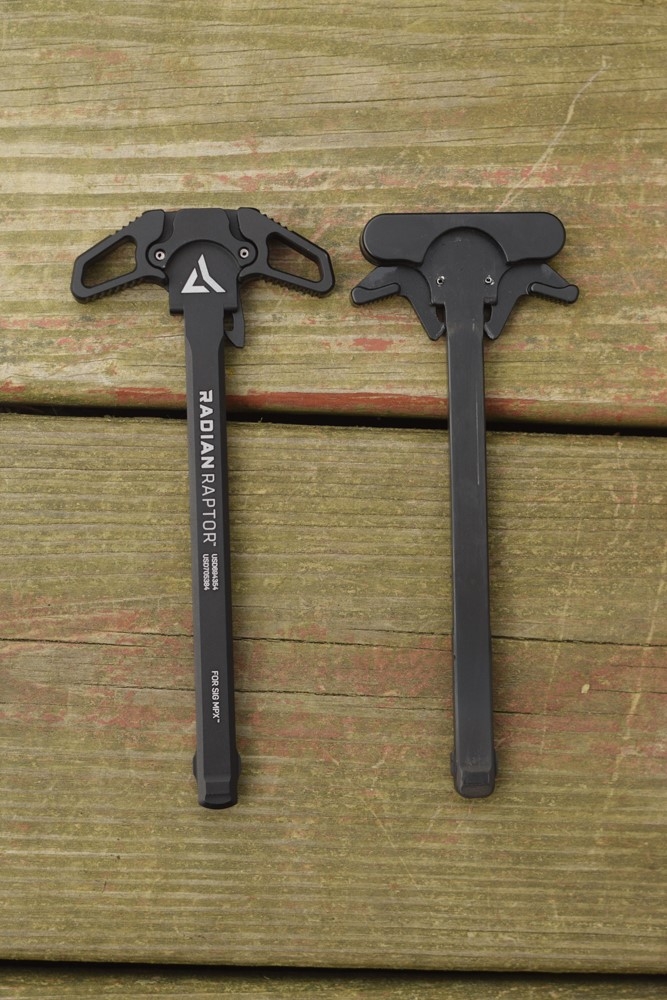 The MCX looks almost identical however the shaftis actually longer than the MPX. 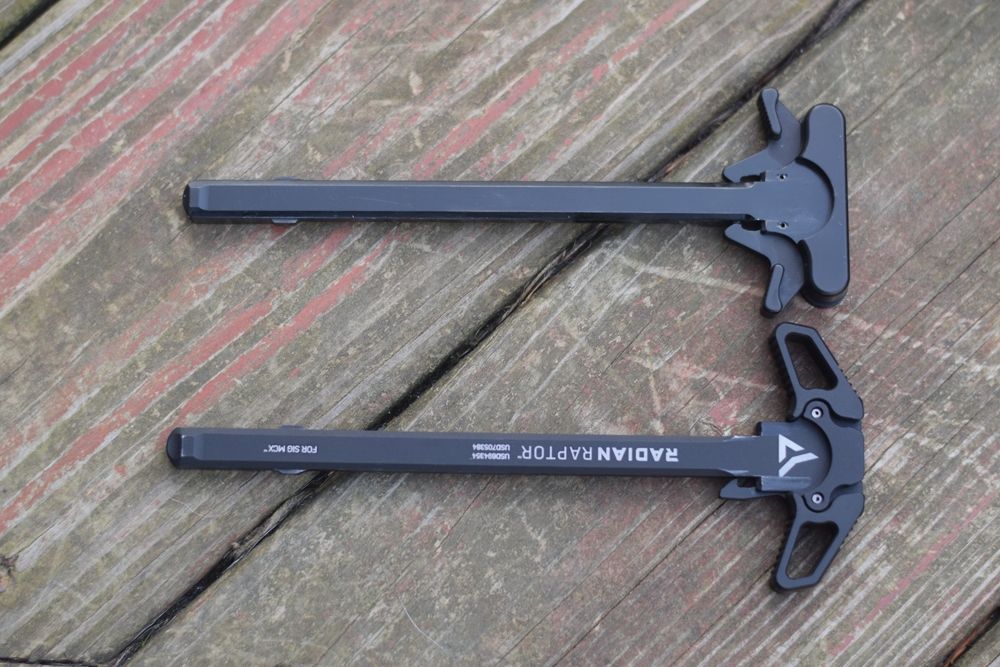 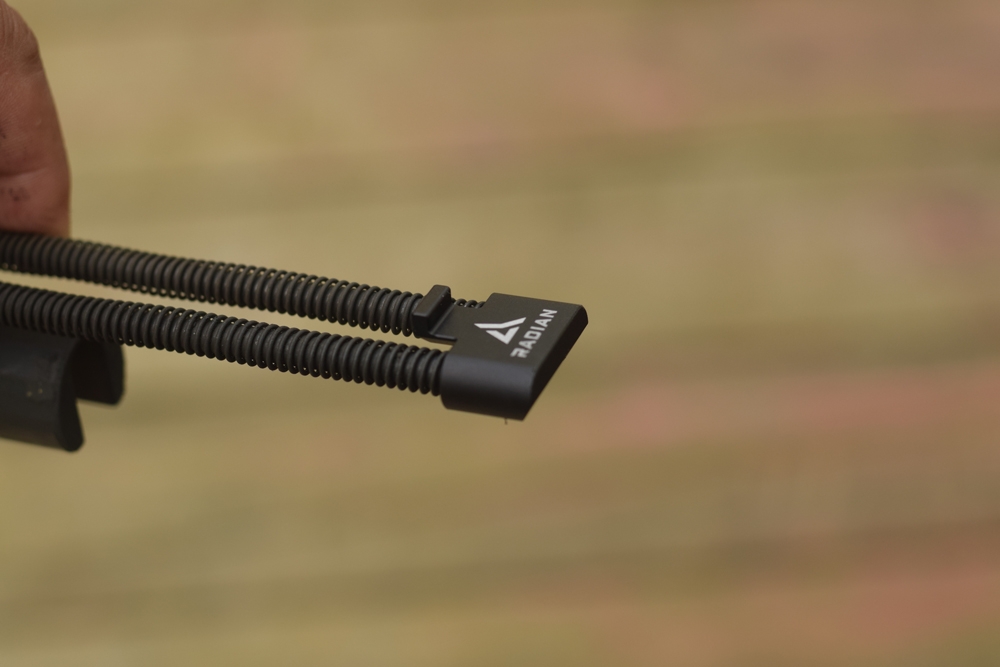 See that little ledge that protrudes upwards? That is what keeps the charging handle straight and erect. 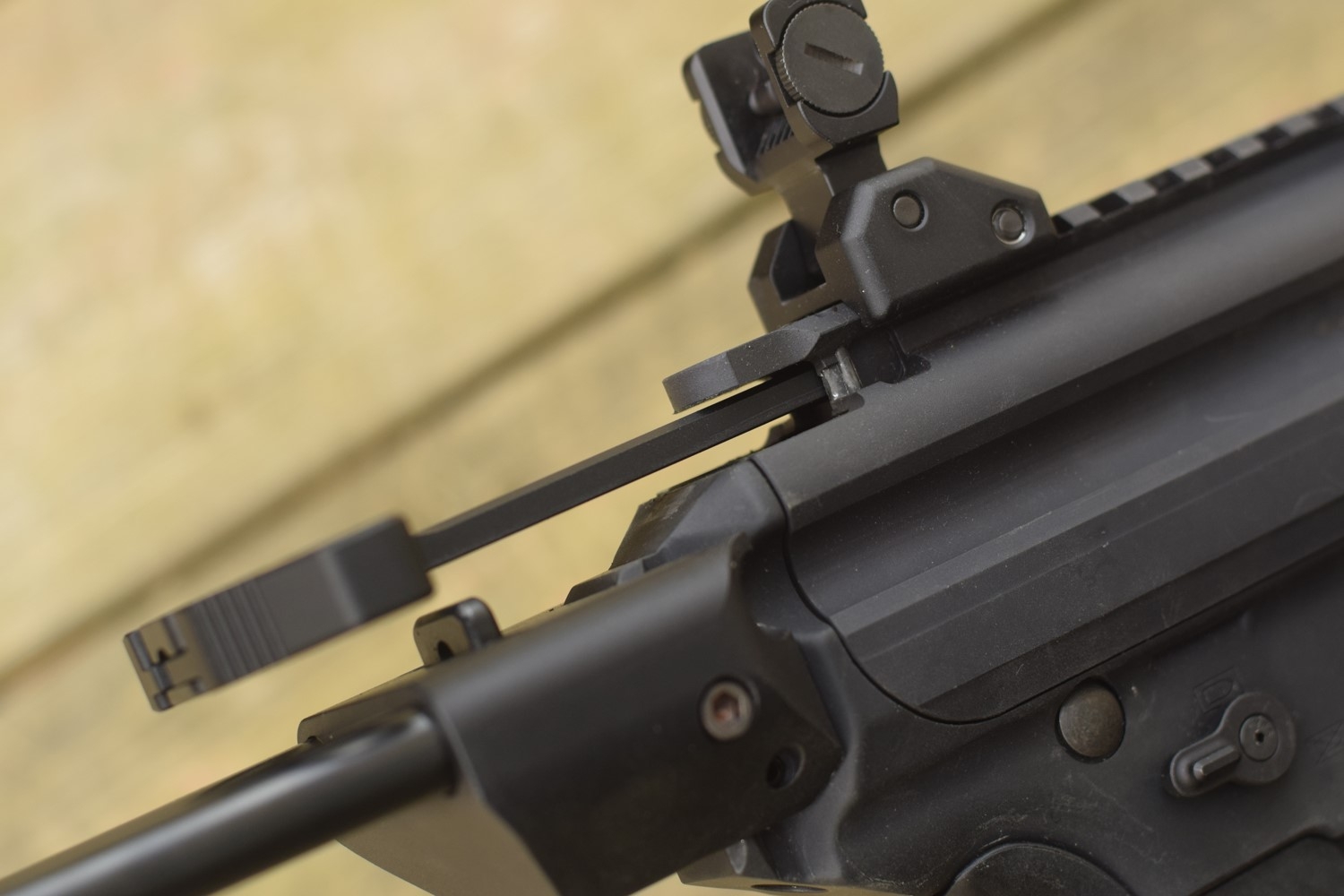 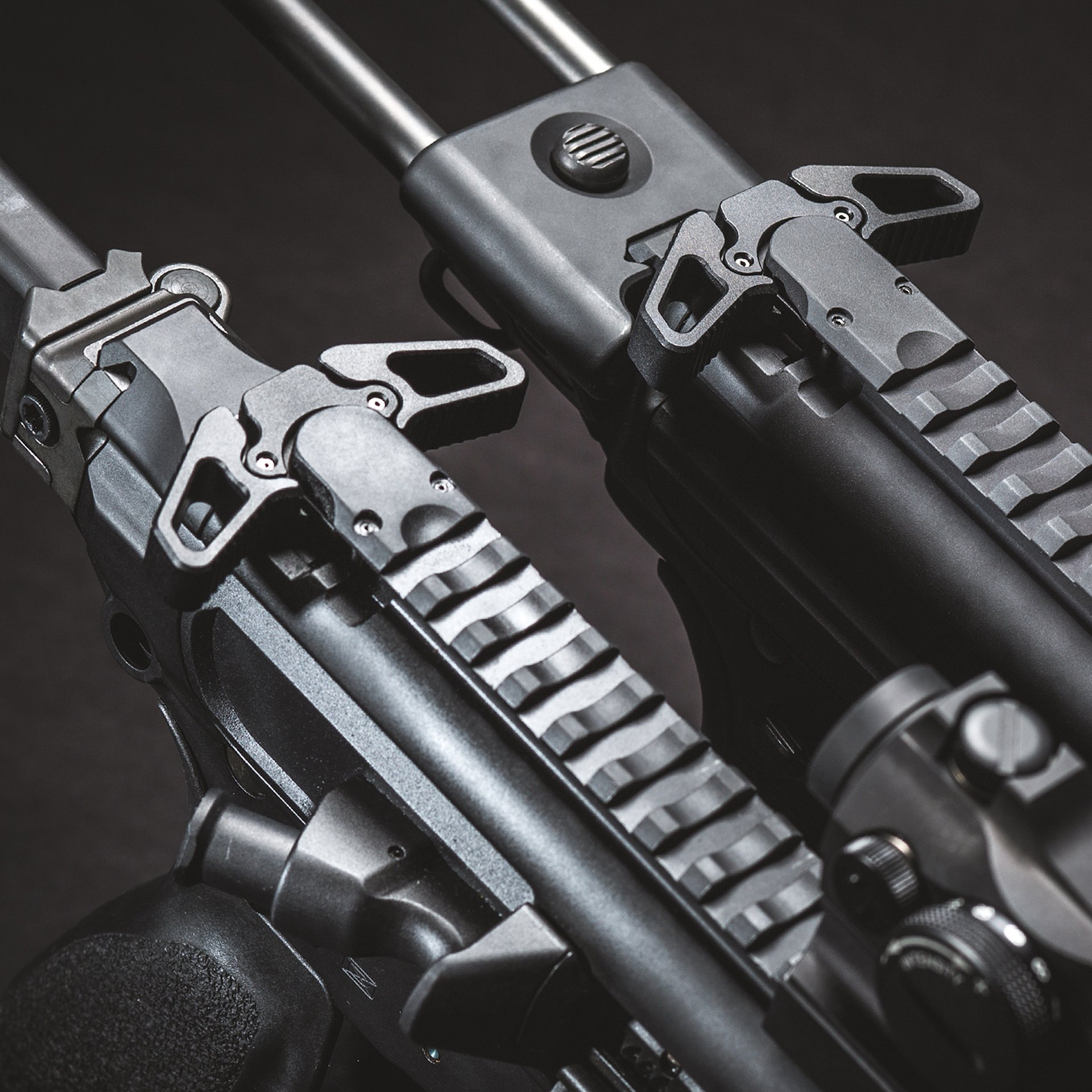 The Radian Weapons MPX/MCX Raptor charging handles cost $89.95. According to Nick Booras, the MPX charging handles sold out in just 20 minutes of their launch. The MCX Raptor handles are coming soon. Check their website for more information.