That’s a phrase that used to be mildly entertaining in certain situations, but like anything on the internet, it gets overused and abused by anyone trying to get invisible internet points.

There is a time and place when you can say, ‘No an Olight is not as good as a Surefire’, but that doesn’t mean there isn’t a place for the Olight.

This article is for new gun owners, or people looking to become new gun owners…particularly those who might be operating under severe financial constraints. This is an article about new gun owners and what we’ve come to declare as Ramen Noodle Guns.

Ramen Noodle Guns are what we call guns you can buy on a Ramen Noodle budget. Firearms vary in price so greatly I really can’t think of a means to compare them to anything else. For example, I have a 12 gauge shotgun that costs $1,700 dollars and 12 gauge that cost $69 bucks. Handguns can cost as little as $99 dollars like the Cobra pistols, or as much as 4,000 thousand dollars. Hell, finely tuned double-barrel shotguns can cost more than a car.

A Ramen Noodle Gun is typically a firearm that costs less than 200 bucks. Admittedly with firearms, there is a good level of getting what you pay for. Will a $175 dollar Taurus last for tens of thousands of rounds? Likely not without some repairs here and there. A Glock can last for tens of thousands of rounds but also cost three times as much as that same Taurus handgun. 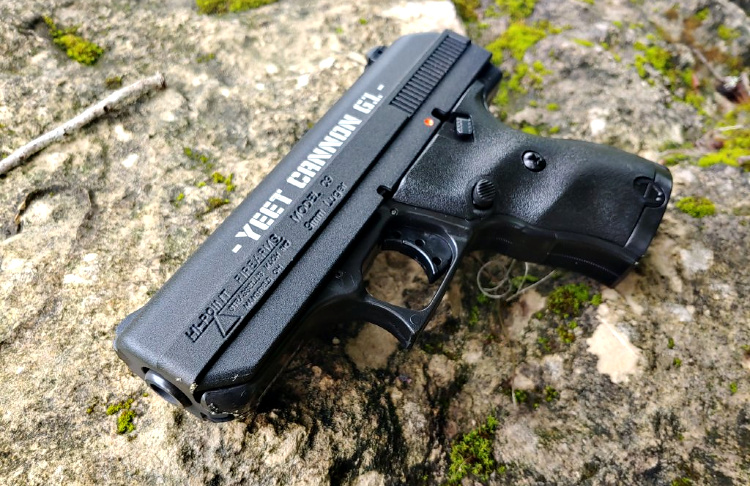 Admittedly the Glock is a better gun, and if you can afford the extra cost, I’d say buy the Glock. The problem is a lot of people can’t afford a Glock or an S&W, or an F.N., or any other duty rated handgun. Are those people better armed with Ramen Noodle guns or no gun at all?

As I mentioned, Ramen Noodle Guns are not going to last as long as a higher quality gun. They are also more likely to need maintenance and cleaning more often. This includes magazines. My cheap 1911 needs to be cleaned a lot to keep it running. Every few hundred rounds, it needs a wipe down and some oil.

On top of that, the guns may be pickier with ammo. For example, my 175 dollar Taurus G2S had magazines that would stick with steel-cased el-cheapo ammunition. 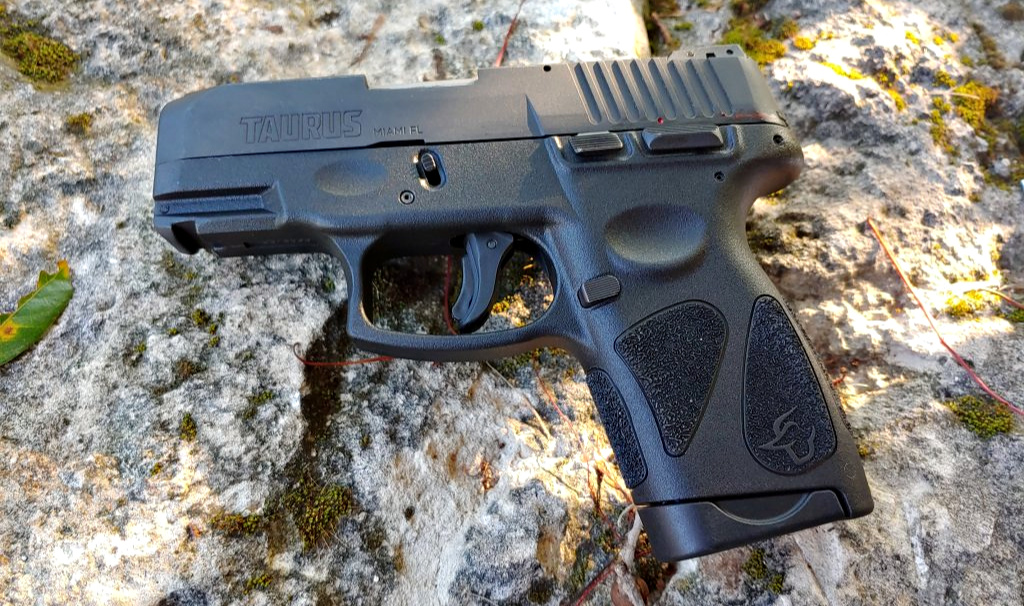 Other compromises will be in the looks-and-fit department. My Hi-Point C9 is a giant brick of a gun that is butt ugly, and heavy to boot. The Hi-Point is the same size as a Glock 19 but only holds eight rounds too. Another of my Ramen Noodle Guns is a Rock Island Armory G.I. 1911, and both it and the Hi-Point C9 are major rattle traps that feel loose and make a ton of noise when shaken. However, as ugly as they are, and as much as they rattle, they both go boom when I hit the trigger.

Lastly, you shouldn’t expect a lot of accessories, aftermarket parts, or tons of holster options out there. You are going to have to suck it up and deal with what you can find.

There are some that suck, and some don’t. I spent my fair time dead-broke as everyone does. That’s lead me to purchase several guns due to their low price, and I’ve got some experience in what works and what doesn’t. As a gun writer, I’ve also gotten my hands on a number of different firearms in the Ramen Noodle Guns category. Here are a few specific Ramen Noodle Guns I’ve seen that work more than they fail.

Yep, it’s a big brick of a gun, but damn does it go bang. The Hi-Point series are some of the cheapest guns on the market, and they aren’t special, or good looking, and everything from the trigger to the grip texture kinda sucks. However, the gun goes bang.

I’ve handled a lot of RIA 1911s, from the basic G.I. model to double-stack 10mms and even those cool 22 TCM models. The classic G.I. models are the only ones I’d consider a Ramen Noodle Gun. It works, has a very long break-in period, and needs to be cleaned often — but it works for better or less. Also, since its a 1911, you get lots of holster options too. 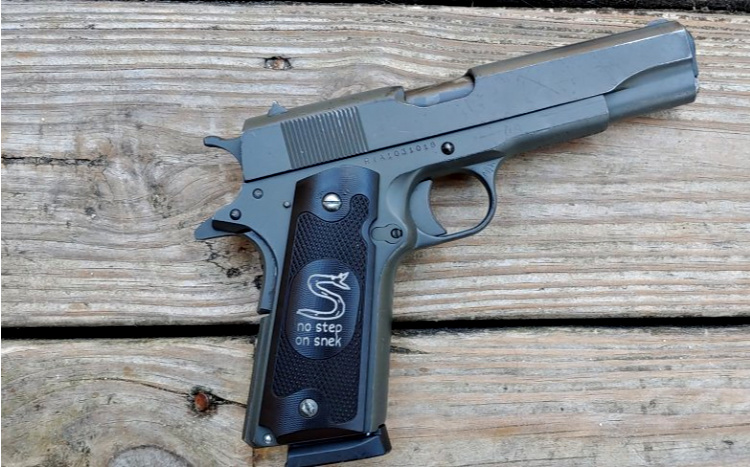 This single-stack Taurus is uber cheap and can be had for less than 200 bucks. It’s reliable but ammo picky, as I mentioned above. The new Taurus automatics seem okay, but I’ve never seen a Taurus revolver work worth a damn.

If there is an inverse to “Lol, the poor are at it again,” it’s the phrase, “Just as good.” It’s a phrase used by people to justify lower-quality guns and to say they are just as good as guns with long-proven track records of success and service use. The thing is, Ramen Noddle Guns are rarely as good as a mid-tier, duty-level pistol.

Understanding this is part of understanding your weapon and having reasonable expectations. With this said, the best thing you can do after buying a Ramen Noodle Gun is to go and shoot it. Shoot it as much as you can and identify it’s weakness. Give it some test runs and see if it works. Problems will often present themselves quite quickly and will give your gun some exercise.

Plus, you can learn its kinks and needs for cleanliness and what ammo it will eat. If you are a new gun owner with a cheap gun, the best thing you can do is shoot the hell out of it. You’ll see what it can do, you’ll learn it, and best of all, you’ll are improve your skills.

If you have a cheap gun, you’re gonna need to fill the gaps it creates with personal skills. Having a gun doesn’t make you armed any more than owning a guitar makes you a musician.

Getting Your Ramen On

Ramen Noodle Guns can be good guns, and for beginners on a budget, they may be the only choice you have. It’s easy for a lot of people to make jokes on the internet, but when a single mother with a Hi-Point defends her family against home invaders, the jokes suddenly stop. If all you can afford are Ramen Noodle Guns, then get one. If you can save a little more and get a better gun, then do that. At the end of the day, we are better off as a society with more good people who have the goods.