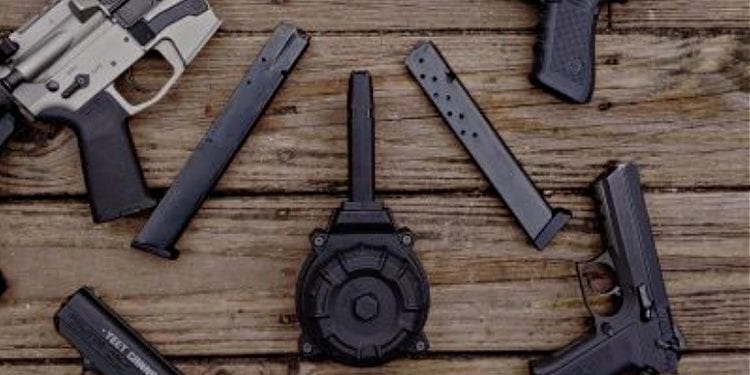 I know what you’re thinking. “Travis, ProMag is not the magazine manufacturer for me.”

I get it. ProMag certainly has an up and down reputation within the firearms world. I know I’ve had my share of bad experiences with ProMag products, but I’ve also had good experiences—surprisingly good experiences. I’m not going to tell you to load up your duty belt or plate carrier with ProMags. However, even if they might not meet the standards of a duty magazine, I do have five reasons why you should take a second look at ProMags.

1. No One Else Makes What ProMag Makes

Got a rare, historical firearm you need mags for? ProMag probably makes them.

Let’s say I have a Walther P-38, and I don’t want to spend 50 bucks a pop for original historical magazines I’m going to abuse at the range. Walther is not making more of them, but ProMag is and does so for under 20 bucks.

A friend recently got an M1 Carbine and finding original 30 round magazines was a hassle, but good ole ProMags makes them cheap, and his seemed to work perfectly in the few hundred rounds we put through it. 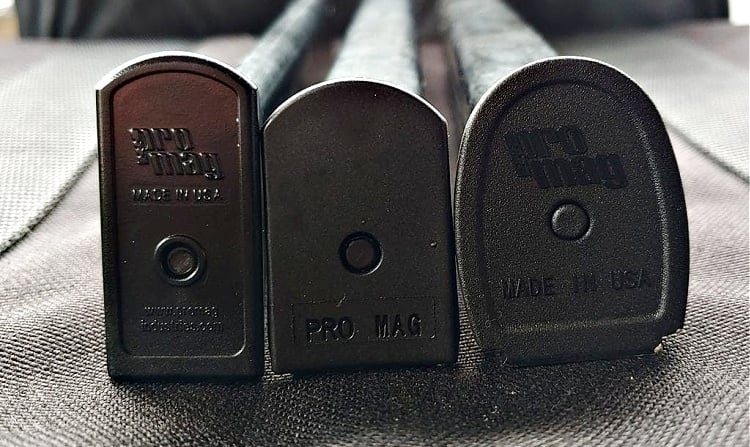 ProMag makes weird, obscure, and historical magazines that allow you to shoot your favorite old guns without breaking the bank. From the M1 Carbine to the UZI there is something for everyone.

One of my personal experiences with ProMag was trying to find a 5-round AR 15 magazine. You ask why? Well, I wanted to hunt with my AR, and my state only allows you to hunt with 5-round magazines. It turns out those are rather rare, outside of the ProMag variant, which has yet to let me down.

If you have a weird gun with magazines that are hard to find, ProMag likely makes it. From Uzi mags to 22 LR AR 15 mags for my CMMG kit, they have their hand in all of it. I like rare and weird guns and apparently, so does ProMag cause they keep making mags for them. 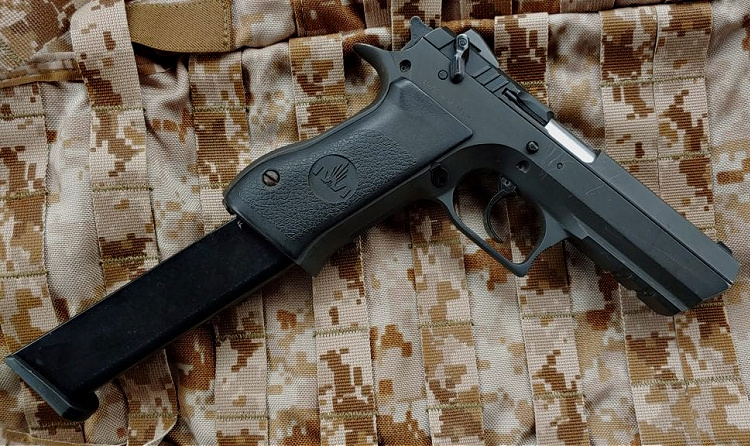 Who doesn’t want a 32-round magazine for the Hebrew Hammer that is the IWI Jericho?

2. Drum Designs For All

Drum magazines are mostly used for silly stuff. I can’t think of any practical uses for drums as a normal dude, but I want them, and I have a right to own them. If it’s something I’m just buying to have fun with, I don’t want to spend a ton of money on it.

ProMag makes Glock, Scorpion, AK, AR, and even Ruger 10/22 drums for a very fair price. These silly things are a ton of fun when it comes to turning money into noise. I really want their P365 drum, because why not? Thirty rounds in a pocket pistol is ridiculous, but this is America. 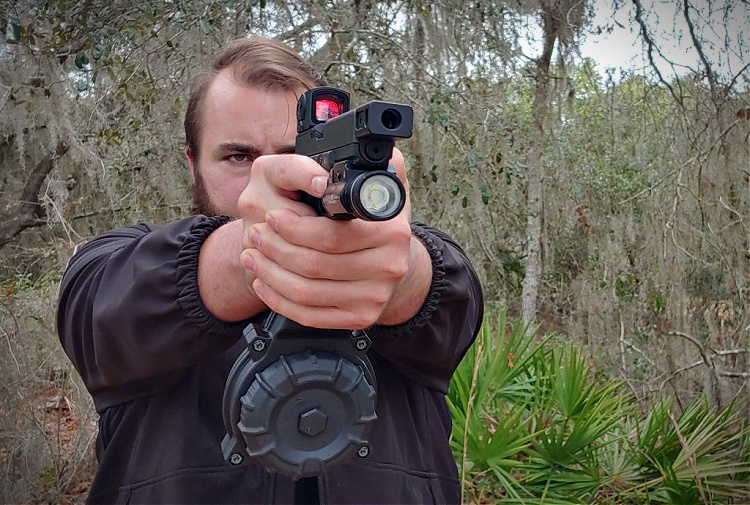 50 rounds in a Glock seems nutty and it is, but boy oh boy is it fun.

ProMag was the first to produce Saiga drums, and who doesn’t want a crazy 12-gauge drum hanging out of their semi-auto shotgun? The 12 gauge drums were a blast, and so are their Glock drums, and their AK drums, and all the other silly and fun stuff they make. If you have that Franklin Arms 10/22 binary trigger, you gotta get a drum for it to really take advantage of it. 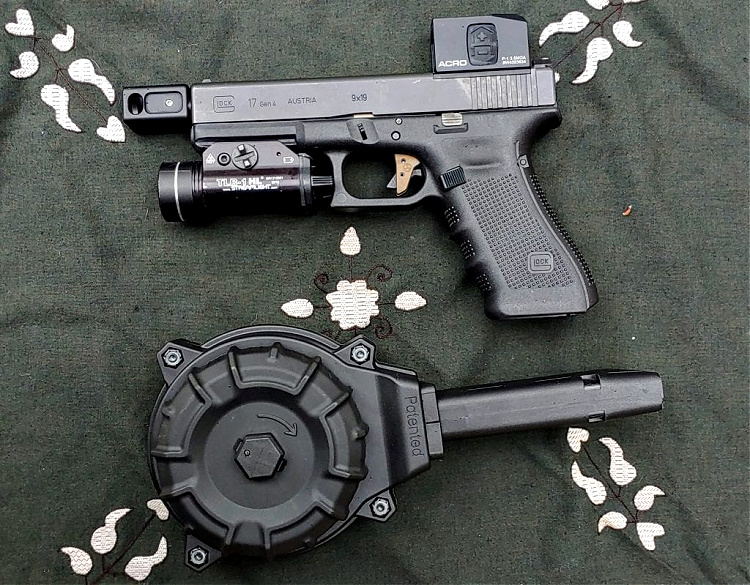 Drums are mostly used for fun, for plinking, and wasting ammo. Why spend a ton of money on something designed to goof off with? ProMag drums are affordable, reliable, and made for a wide variety of firearms.

I’m a fan of extended magazines, and why not? I don’t have a practical purpose for a 33 round Glock happy stick, but I have more than one of them.

Extendos are a lot of fun, and if you go beyond Glock, you might have a hard time finding extends for some platforms. If that’s the case, then ProMag likely makes one. I wanted one for my Banshee Mk17 that uses P320 magazines, and the most I could get was 21 from SIG. ProMag made a 32-round model for next to nothing price-wise. 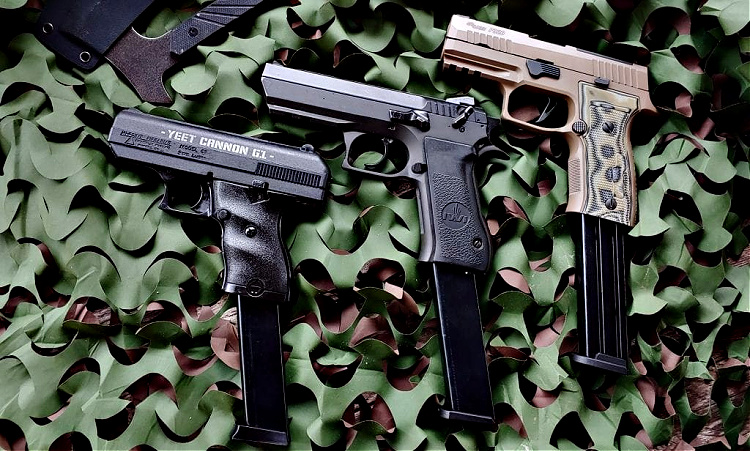 Extended magazines are fun for everyone! From the hard to find SIG extendos to the Yeeter feeder for the Hi-Point C9.

ProMag makes extendos for the weirdest of guns, and this includes something like the Jericho. This weird CZ 75 clone is often left in the shadows, but the ProMag makes a 32-rounder for it. Hell, when I got a Hi-Point C9, I knew I needed to outfit it with an extendo. No way I could avoid that, and now my Yeet Cannon can yeet 15 times without a reload. That’s a lot of meeting, y’all. 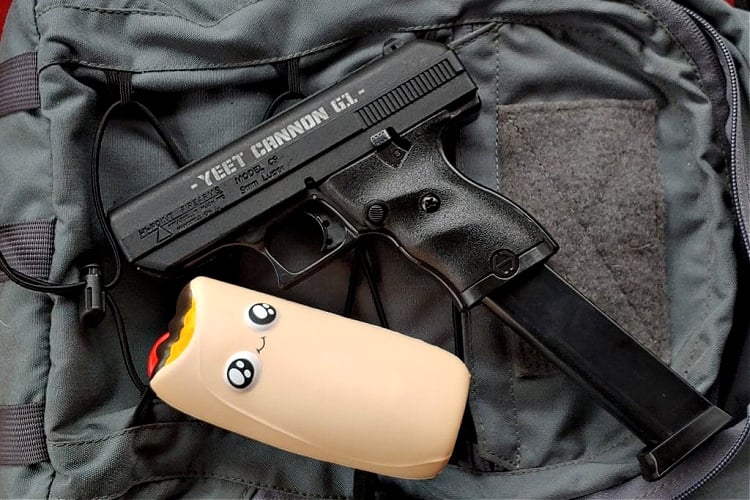 Y’all can throw burritos, bullets, or even the gun since it’s heavy enough to do damage. The Hi-Point Yeet Cannon is limited to 8 rounds without the ProMag 15-round extended option.

Oh, hey, they make more than mags these days.

My first positive experience with ProMag was the drop in Colt SMG block for standard mil-spec ARs. I wanted a PCC in AR form years and years ago, and the options were slim. The Glock magazine AR had not conquered the world, and specialized pistol magazine lowers were both rare and expensive boutique items. 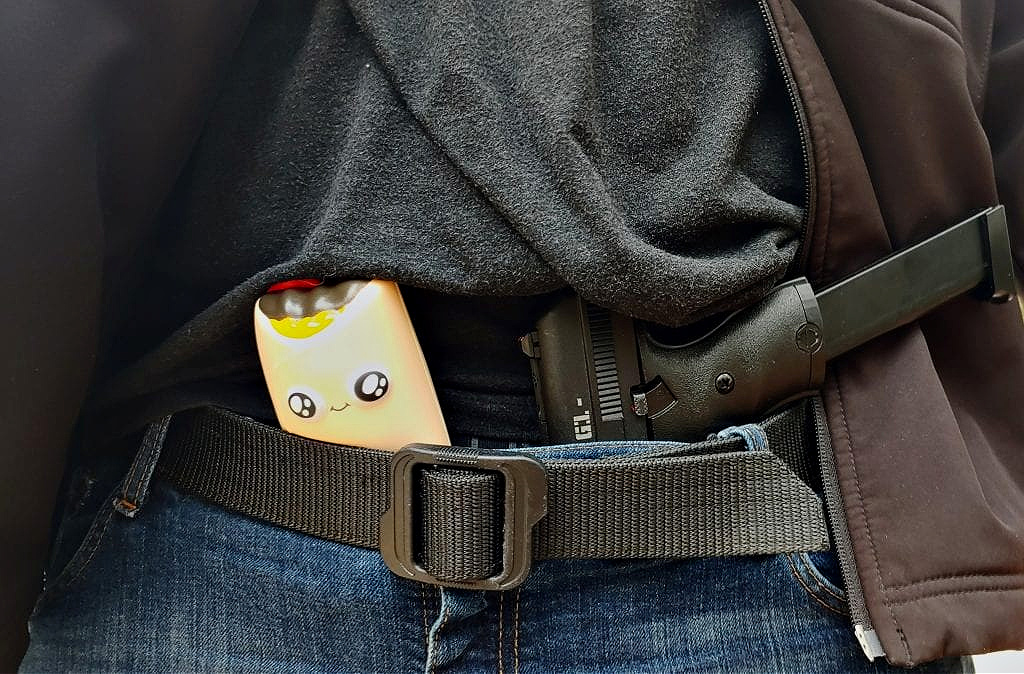 Y’all know I keep that thing on me.

The ProMag Colt SMG block dropped into a standard AR lower, and bam, I had a Colt SMG based PCC. Guess what? I’ve still got it, and it still functions all these years later. At one point, I even goofed off with a bump stock before the orange coat banned them. It held magazines perfectly and ensured reliable operation.

ProMag also makes stocks, magazine couplers, and various odds and ends that seem to work well beyond their price points.

5. They Are Still Cheap 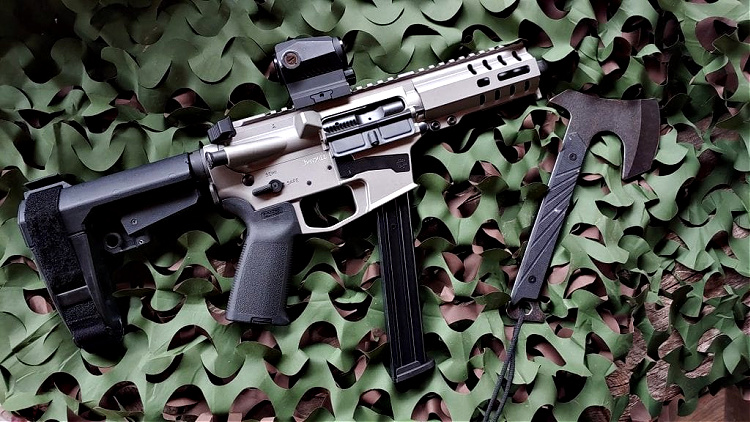 The Banshee Mk17 utilized P320 magazines and ProMag is the only 32 rounder I can find. And it’s cheap.

The low price makes them affordable range toys for various purposes involving both fun and training. I beat the hell out of mine with dry fire practice to avoid breaking or dirtying up the magazines I use for serious purposes. I’ve seen guys fill them with lead to replicate the weight of a loaded magazine for dry fire training.

Sometimes a low-price point magazine can give an old gun new life too.

ProMag gets a rough rap, but don’t write them off entirely.

Their products are perfect for having fun, training, and outfitting guns with hard to find magazines. Sometimes its surprising how often I’ve had to turn to ProMag to solve a magazine-based problem. From rare old guns to a desire to hard to find extendos, to even harder to find reduced capacity magazines. 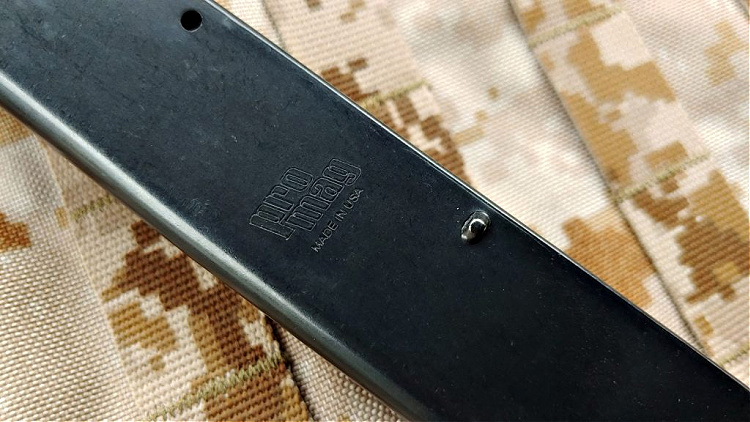 ProMag magazines are made in the United States and are done at a budget-friendly price point.

ProMag might have a solution for you. Give them a second look when you run into some kind of magazine-based problem that’s not easy to solve, and you’ll likely be surprised. Or just buy a ridiculous drum magazine and get all the Instagram likes. ProMag certainly has options for everyone from the fun to the historical.

You may also like: Glock Magazines: Feedin’ Hungry Glocks and PCCs with 30+ Capacity