Is a 9mm Revolver Right for You? Four Pros and One Con 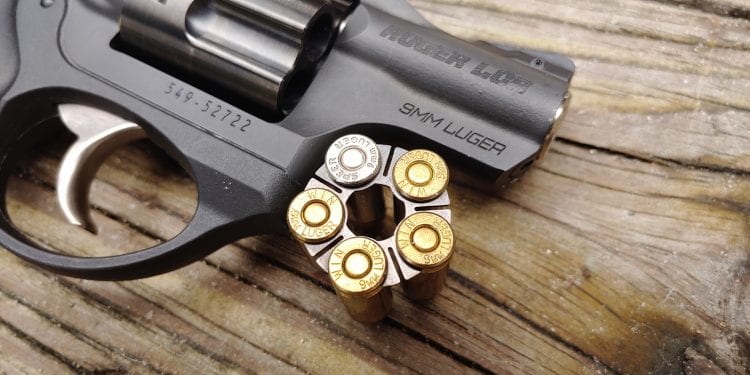 We’ve all accepted that the 9mm is the pistol cartridge to beat at the moment. Police are dumping 40 S&W left and right, the military is still clinging to 9mm, and the civilian carry market is dominated by 9mm guns. This trend includes revolvers, too! Yep, revolvers in 9mm are getting more and more common even though it’s a cartridge designed for automatic pistols, rifles, SMGs, etc. As the little cartridge that could, the 9mm is also a prime candidate for wheel guns. Is a 9mm revolver for you?

Why I bought a 9mm Revolver

I went revolver shopping when I realized I didn’t have a J-frame revolver. I had some single-action 22s and a Judge, but that was it. I like revolvers, so I knew I had to rectify this situation immediately. When I stumbled across a Ruger LCR 9mm, it seemed like the perfect choice to fill the wheel gun slot in my collection.

Most of my guns are 9mm so with the Ruger LCR, I could avoid adding a new caliber to the collection. I already had a pile of 9mm ammunition, rifles, and pistols, so why not add a wheel gun to the mix? I wanted a revolver as more of a plinker than anything else. It wasn’t for a carry gun necessarily, but could easily be. 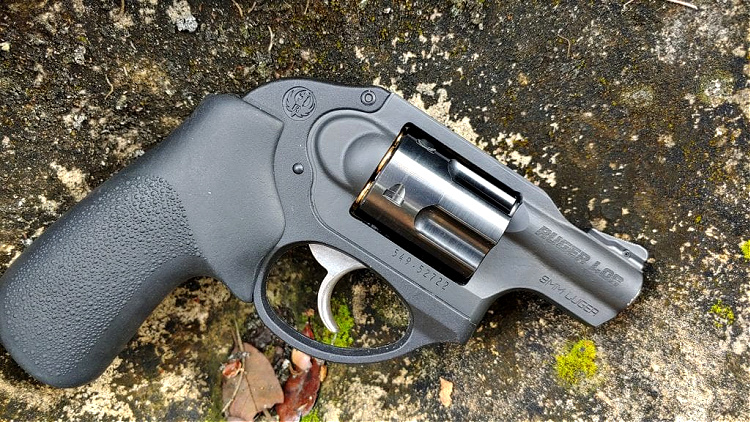 The Ruger LCR is a 9mm revolver designed for concealed carry. It’s outfitted with a hefty amount of polymer to keep the price and weight low.

The Ruger LCR is also a finely made production revolver—a great carry option with a wonderfully smooth DA trigger and the polymer frame has metal strategically placed in stress points.

By using polymer, Ruger was able to lighten the weight of the revolver without dipping into expensive materials like titanium or scandium. For the money, the Ruger LCR is the lightest revolver out there.

The Ruger LCR 9mm is a great gun, but this article isn’t a review of it. This article is about the pros and cons of a 9mm revolver and what you should know before you dive into one.

Four Pros of the 9mm Revolver

9mm is one of the most affordable centerfire rounds on the market. Every ammo company out there makes 9mm, and competition lowers prices. Before the current pandemic and ammo drought, a box of basic FMJs cost about eight bucks. 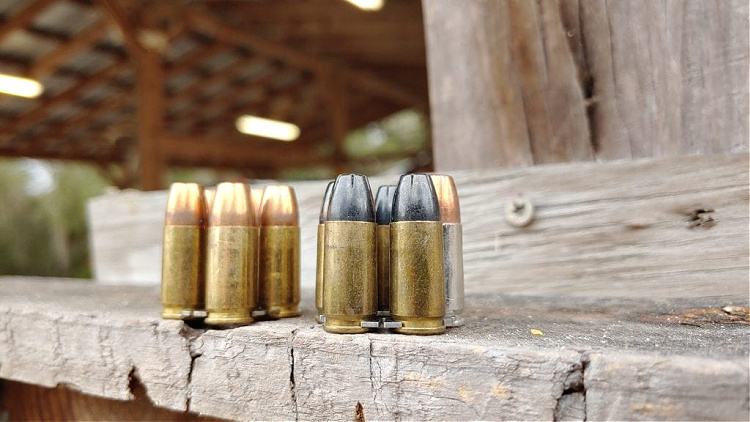 When you buy in bulk, the price shrinks even more. In the revolver realm, the most popular calibers are 357 Magnum and 38 Special. A box of the cheaper 38 Special often cost almost 16 bucks. With 9mm being half the price of 38 Special, the option is obvious.

Remember how everyone makes 9mm? Well, the popularity of the round demands it, and capitalism satisfies it. The end result isn’t just cheaper ammo, it’s also easier to find and in more options.

More ammo availability means you’re more likely to see it in uncommon places. Every self-respecting gun store sells 38 Special but does every big-box sports store sell it? What about hardware stores? If they sell any ammo, they likely sell 9mm. It’s also easier to find the cartridge in bulk at various prices and qualities. 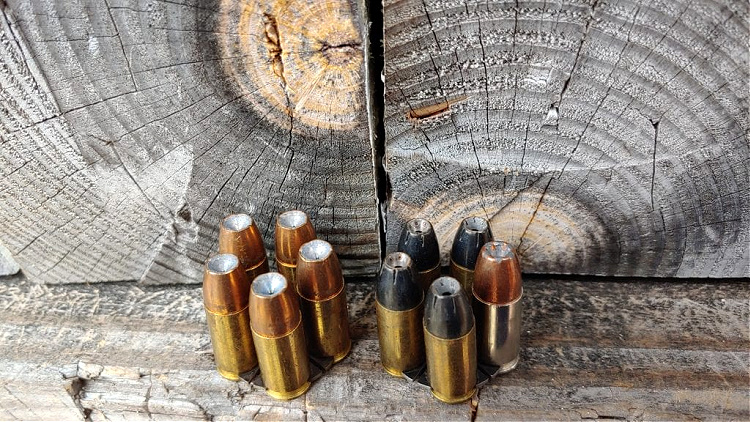 Here we have various self-defense cartridges that dominate the 9mm market.

9mm revolver ammo options are off the chart, and you can pick and choose your preferred load for your gun. There are lots of options from +P 124-grain loads to subsonic 147-grain loads to 90-grain reduced recoil loads. You can get frangible, FMJs, JHPs, and even tracer rounds.

The most common 9mm revolver will use moon clips. A few, like the Korth Sky Marshall, do not, but those are rare. In fact, I’d say moon clips are better than the Sky Marshall’s more traditional design. They allow for rapid reloads—nearly as fast as an automatic. 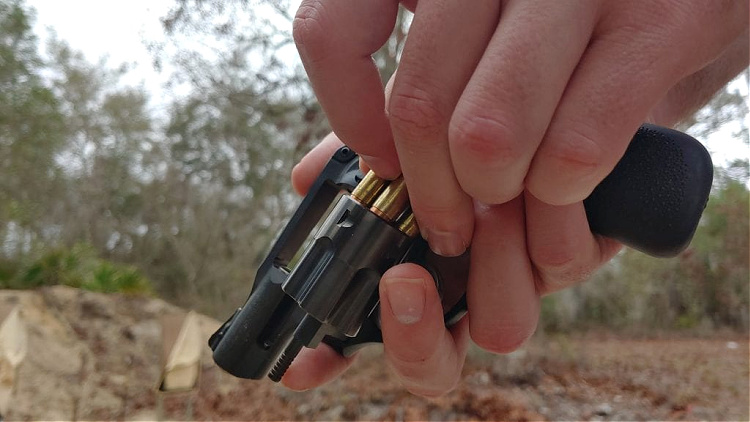 Dropping a moon clip into a revolver is rapid. As quick as a reload with an automatic. Pro shooters will often use moon clips on standard revolver cartridges for speed.

Moon clips are cheap enough to be near disposable and they are faster than both speed strips and speed loaders. Just drop the empty moon clip out and then put in a fresh one. Competition revolver shooters often have their 357 Magnum/38 Special cut to accept moon clips just to be faster on the clock.

You can also say ‘9mm clips’ and drive nomenclature Nazis crazy by making them wrong.

The 9mm outperforms the 38 Special ballistically. It tends to penetrate more, expand better, and do better through thick clothing. The 9mm has more than proven itself as an effective man stopper. This isn’t to say the 38 Special sucks, but better is better. 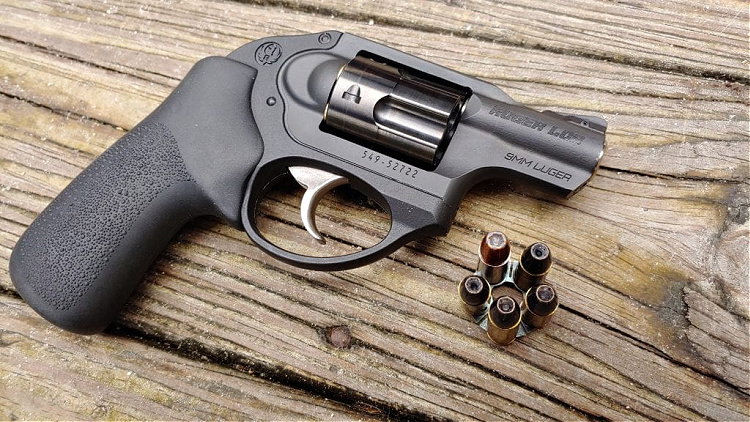 Moon clips and revolvers go together like peanut butter and jelly.

A 357 Magnum is better than a 9mm, but the 9mm is much easier to control while still being more than enough for a threat. This becomes even more evident when it comes down to small concealed carry snub nose revolvers. A 9mm revolver loaded with a capable defensive load is easier to control than a 357 Magnum.

A 357 Magnum through a small revolver slaps the hand like a solid high five. It’s loud, flashes brilliantly, and requires a good deal of practice to be proficient with. A 9mm revolver is much easier to control.

Cons of a 9mm Revolver

It’s not all sunshine and rainbows with the 9mm wheelguns.

Revolver rounds have a crimp designed for revolvers. 9mm projectiles do not have the same type of crimp. When you toss a 9mm round into a revolver, you can run into issues with the projectile jumping the crimp. When this occurs, the projectile separates from the case and renders it useless.

This occurs because rounds in the cylinder are hit with some serious G forces when the gun is fired. The lighter the revolver, the more recoil there will be, and the more likely the bullet will jump crimp. A revolver round is crimped appropriately to prevent this. 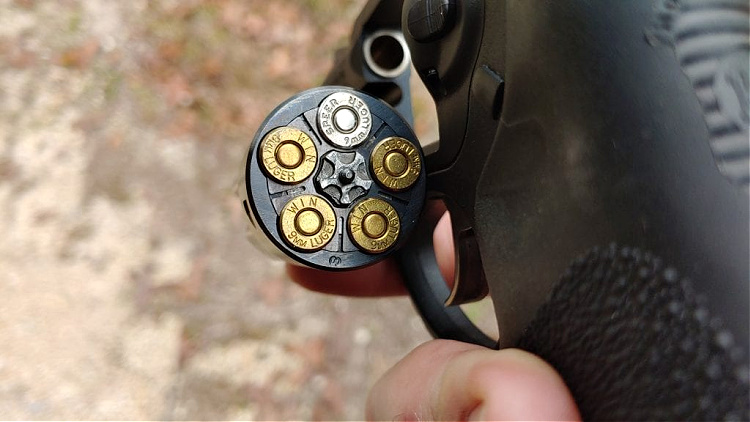 When this happens, the best-case scenario is that the projectile separates and renders the round a party popper. In the worst case, the round gets pinned between the frame and the cylinder and renders your revolver useless until it’s corrected.

This has only happened once in my 9mm revolver. It was with a 147 grain round. It’s never occurred with 115 or 124 grain over hundreds of rounds. It’s worth being ready for so you need to test your chosen ammo if you choose to carry a 9mm revolver.

You, Me, and the 9mm Revolver

The Ruger LCR isn’t the only 9mm revolver on the market. The S&W 986  and Taurus 692 are options. Rock Island is importing a 9mm revolver, and Charter makes the 9mm Pitbull, so options are out there. Heck, Ruger makes three or four different 9mm revolvers, including a single action Blackhawk convertible.

If you’re a modern cat carrying George Luger’s 9mm and you desire an old-school wheelgun, there are plenty of good reasons to choose a 9mm revolver. What say you? Does an automatic cartridge belong in a revolver?

Is it an abomination?