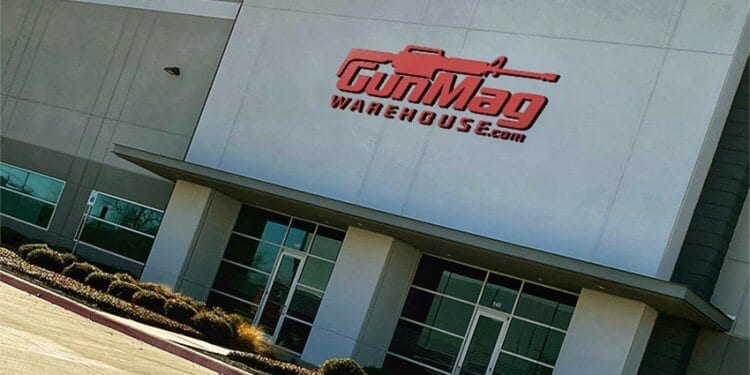 What is it Davy Crockett said? You may all go to hell and I will go to Texas.

GunMag Warehouse is following in Crockett’s footsteps. Except without the rancor. Or the coonskin cap.

GunMag Warehouse is moving from Miami to Dallas. Specifically, it’s shifting to the city of Coppell, which is just north and east of DFW Airport. This transition-slash-evolution is going to significantly increase the size of the GunMag staff and substantially improve its capabilities. We’ll have a much bigger warehouse, new marketing gurus, additional customer service folks, a whole troop of motivated warehouse and order fulfillment ninjas, and an expanded leadership team to keep the whole thing running. 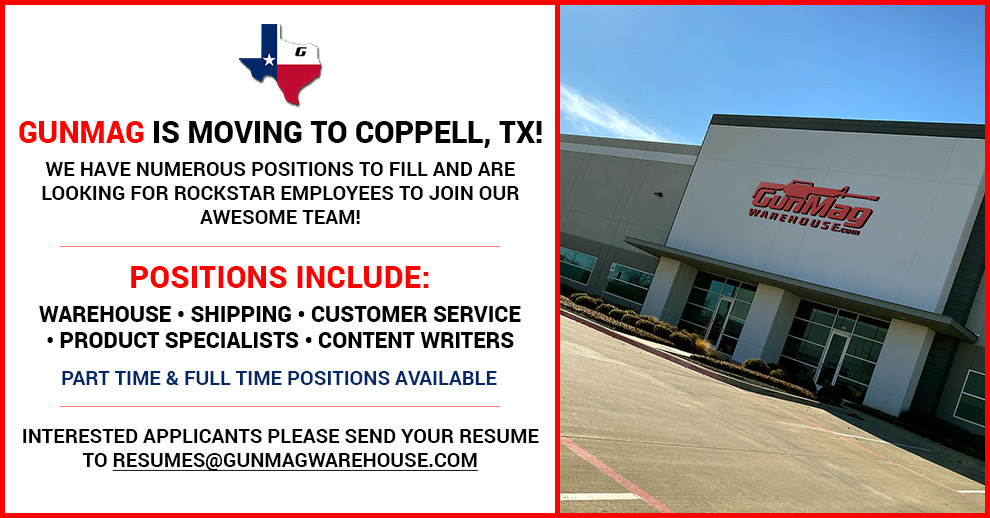 Things have certainly come a long way since GunMag Warehouse started in the spare bedroom of an apartment. 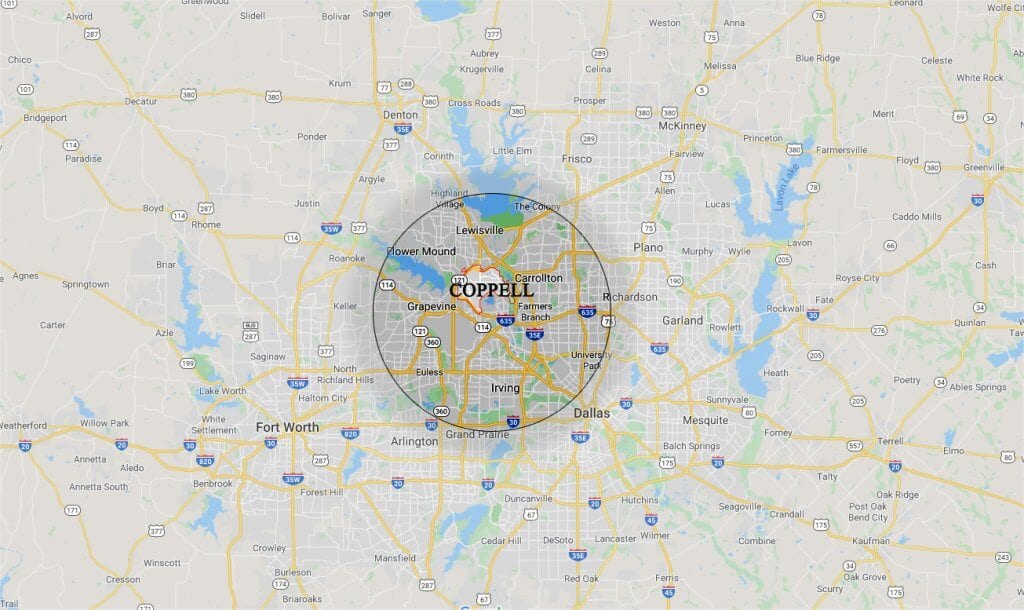 Why make the move? It’s all about capability and customer service.

“Coppell’s thriving business community and superb quality of life made it an easy choice for us,” says GunMag Warehouse President Michael Lambka. “Not only does it align us with a pro-Second Amendment state like Texas but its geographical location will decrease in-transit shipping times.” 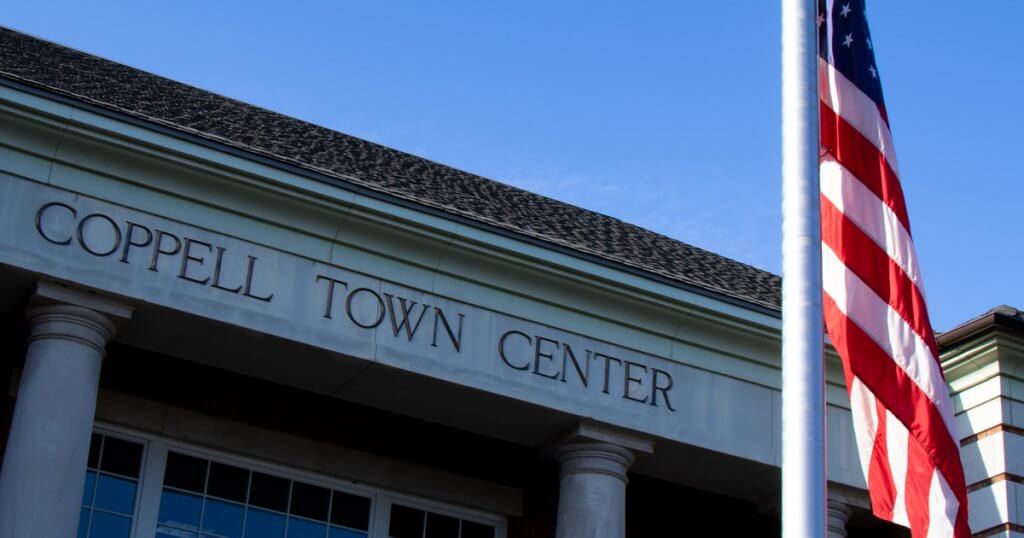 GunMag Warehouse is bringing jobs to Coppell, Texas and looking forward to becoming part of the local community.

+ jobs in Lewisville, Farmers Branch jobs, and other opportunities

GunMag Warehouse is doubling its staff. It’ll be hiring talented ninjas across all departments, including managers and inspired leaders. In fact, we’ll be expanding for the foreseeable future. GMW will be recruiting quality help for order fulfillment, marketing, graphics and design, and several other positions.  If you’re interested in joining the team, shoot us a resume at [email protected] or check online. 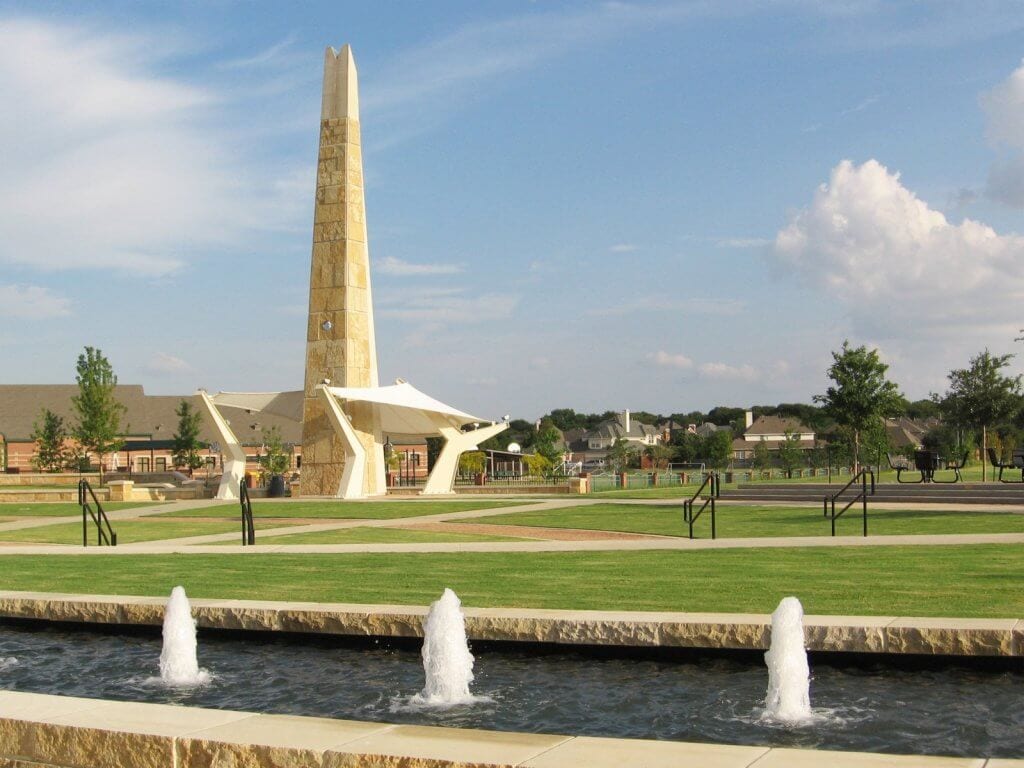 The City of Coppell

What’s Coppell, Texas like? Here’s a day in the life.

If you really want to dig into the locale, watch the most recent “State of the City” posted recently by the Coppell Chamber of Commerce (scroll 59 seconds in to get straight to the meat of it).  Or, read more on Money.com.

“There’s a vastness [in Texas] and I believe that the people who are born here breathe that vastness into their soul. They dream big dreams and think big thoughts, because there is nothing to hem them in.” Conrad Hilton 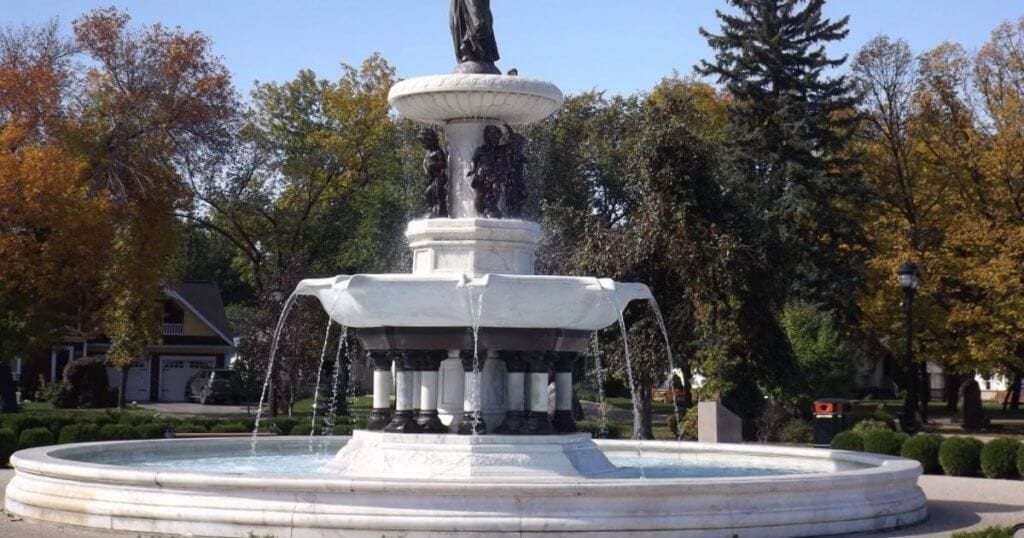