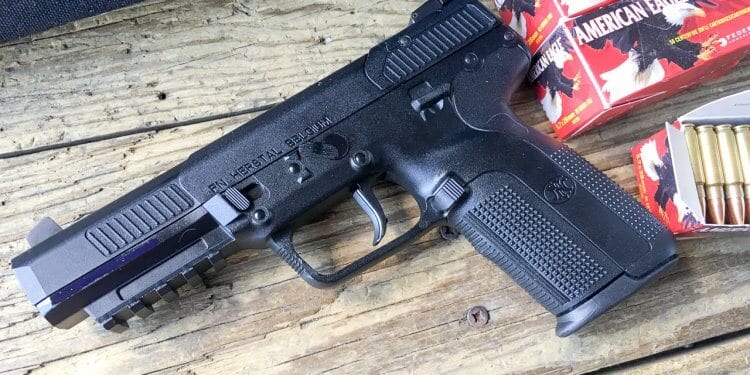 Imagine the 9mm versus .45 ACP argument on steroids. In the 9 v. 45 debate, most arguments boil down to whether fat and slow are better than skinny and fast. With the FN Five-Seven pistol’s 5.7x28mm caliber, what is thin and fast is completely redefined.

The Five-Seven pistol uses teeny, tiny centerfire cartridges labeled 5.7x28mm on the box. They’re not new – the cartridge was developed back in 1989 as a potential submachine gun alternative that would be capable of defeating body armor when using appropriate ammunition. It was originally intended for the FN P90 personal defense weapon. Later, the FN Five-Seven pistol hit the streets. While never adopted in broad scale by NATO, it has found homes in agencies and protective details around the world. 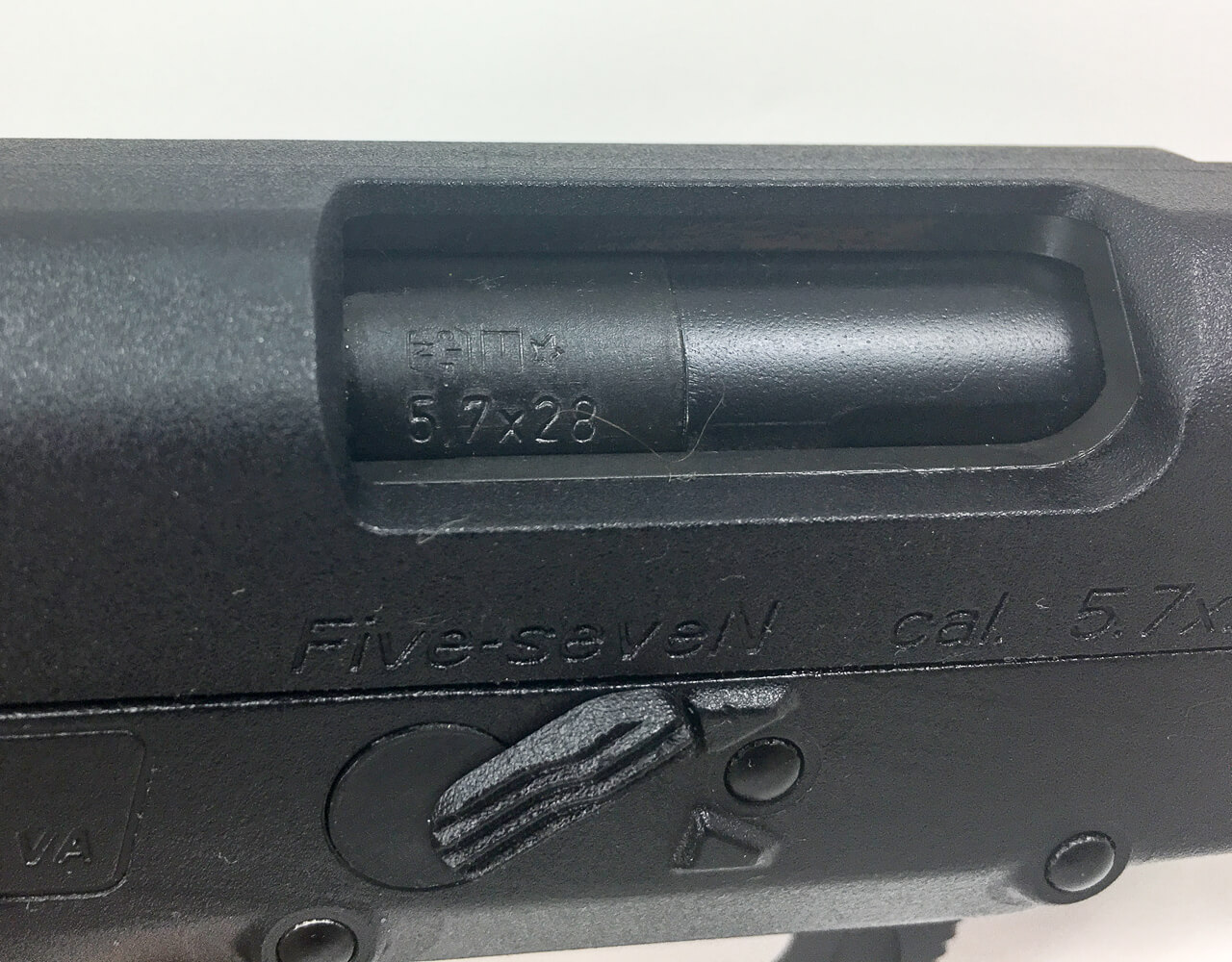 The safety is above the trigger. It takes getting used to but helps keep your trigger finger out until ready to fire.

The pistol isn’t small. It’s a full-size polymer model (8.2 inches long, 5.5 inches tall, and 1.4 inches wide) that packs 20+1 of the diminutive cartridges in the grip magazine. It’s a single-action pistol with an enclosed hammer. The safety is unusual as it’s placed above the trigger, so you’ll need to get used to operating that with your trigger finger. You can also manage it with your support hand thumb if you prefer. Controls are ambidextrous. 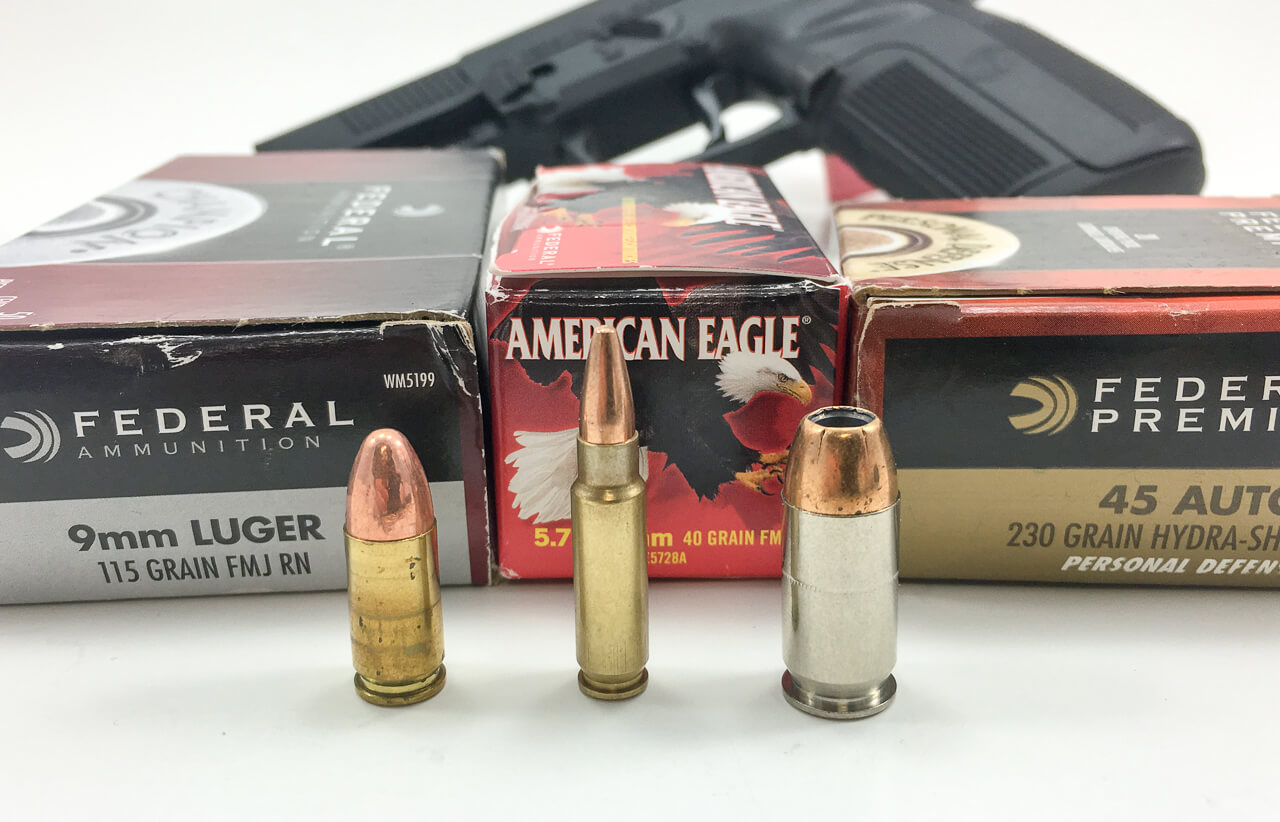 The 5.7x28mm looks like a shrunken rifle cartridge, perhaps because it was originally designed as a submachine gun round.

The “so what” discussion of this pistol boils down to the performance of its cartridge. While the diameter of its projectiles is the same as standard .223 Remington at .224 inches, the weight is a lot less, usually between 28 and 40-grains. From a short pistol barrel, the bullets won’t achieve the velocity required to tumble and fragment like those from an AR rifle. I measured the speed of American Eagle 40-grain projectiles at 1,624.5 feet per second. So, for self-defense purposes, while you get a lot of bullets per magazine, they’re going to make relatively small holes.

I did fire the FN SS197R Sporting Cartridge tipped with a Hornady V-Max bullet into a gel block just for kicks. It penetrated 20 inches of Clear Ballistic Gelatin and plowed into an old bulletproof vest I was using as a backstop. The bullet had just barely started to expand and fragment. It really needed a couple of hundred feet per second additional velocity to perform as the V-Max should. I suspect it would have worked perfectly when fired from the longer barreled P90. 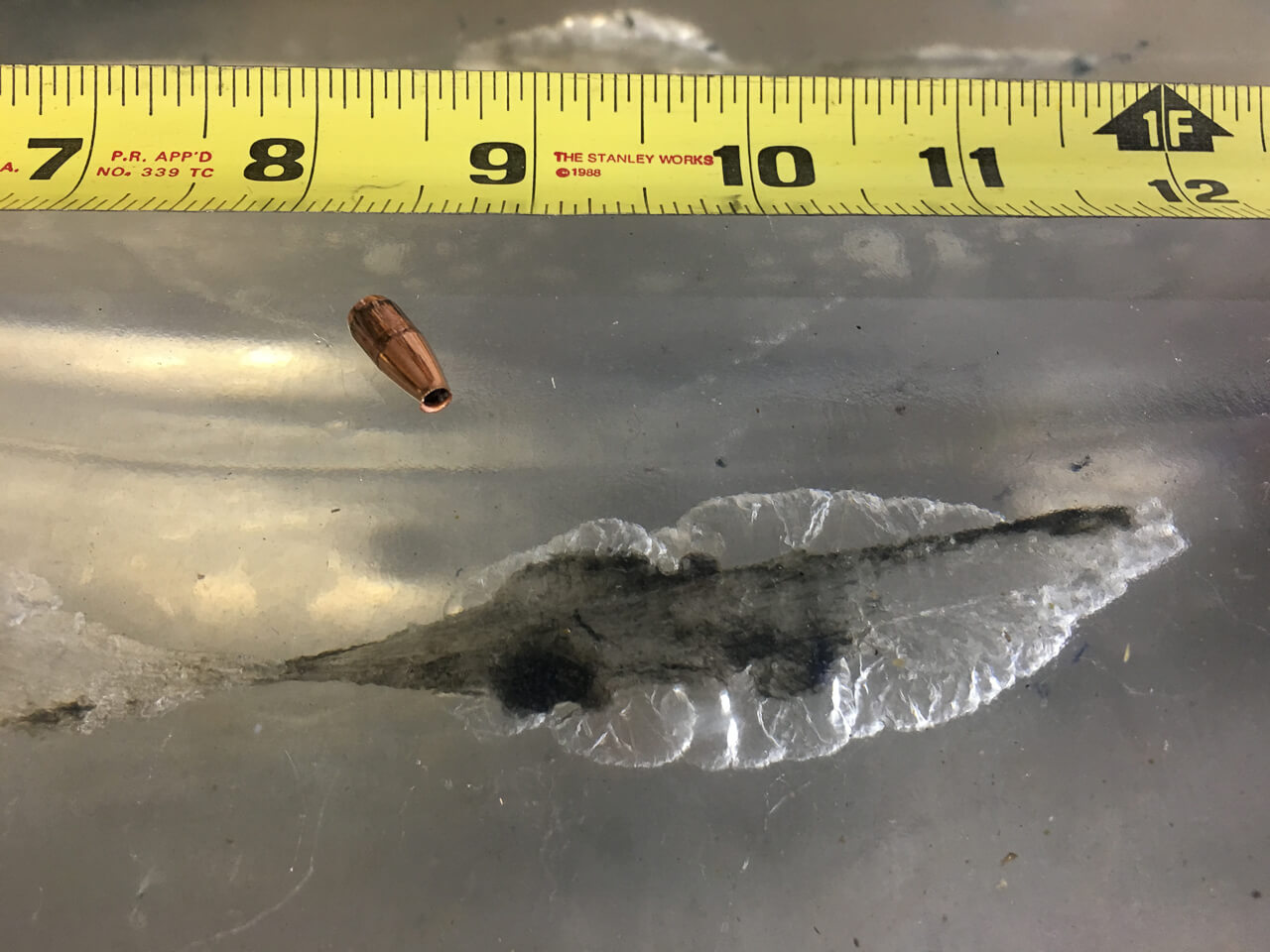 The V-Max bullet barely started to expand and fragment when fired from the pistol into gel blocks.

As for accuracy, the Five-Seven is a tack driver. Again, using the American Eagle ammo, I shot five different five-shot groups from 25 yards. All were less than two inches, and the average was just 1.65 inches. That’s pretty darn impressive.

All in all, I loved shooting this gun. It’s loud, has no recoil, and is superbly accurate. I’d like to own one, because, well, why not?