I have been using ASP Red Guns for years. I started training with them as a young Law Enforcement Explorer while we learned tactics and weren’t permitted to handle live firearms for safety and liability concerns. Red Guns are accurate representations of the particular make and model of the real firearm. They also can be weighted to match the real firearm too. As such, they make excellent training guns. ASP covers a lot of the most common makes and models available to make sure that their customers have a replica Red Gun ready for training. Red Guns are excellent tools for training when you are working on movement tactics or weapon retention techniques. 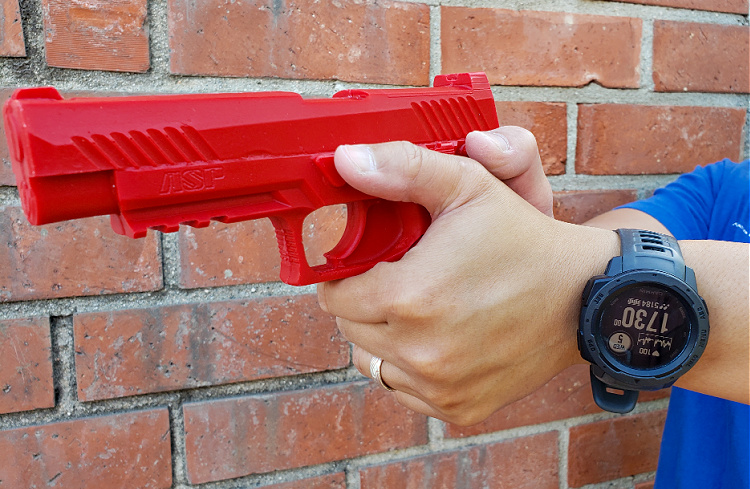 There is no mistaking this for a real firearm. What’s new about the model we’re talking about today is the make and model. It’s a Sig Sauer M17, which is the US Army’s new secondary weapon system or sidearm. This M17 Red Gun has some new features—a magazine release button, a magwell, and two spare inert magazines.

This takes the Red Gun to another level

Now, you can practice emergency and tactical reloads with full confidence that you will not have a negligent discharge at home or a training facility. 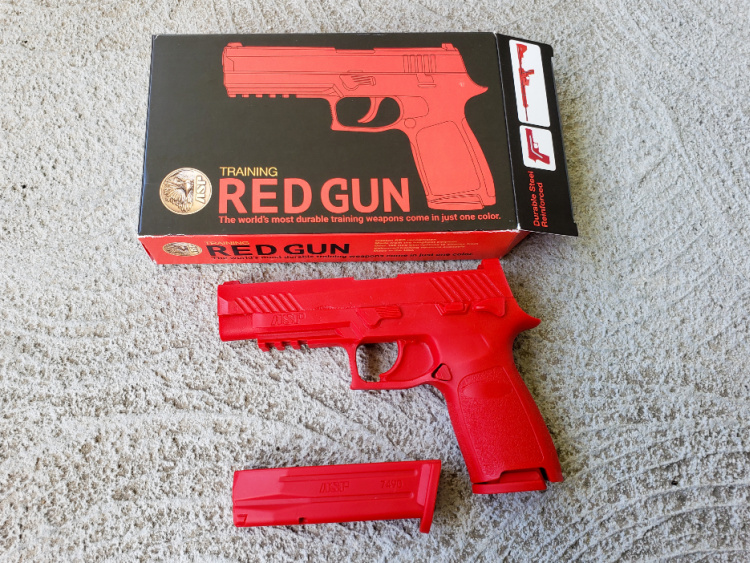 ASP (“Armament Systems and Procedures“) M17 Enhanced out of the box.

What are the benefits of training with Red Guns?

Red Guns are made from a polymer mixture, molded into accurate replicas. Having the same make and model of your duty or primary firearm is important for a few reasons.

First, it will be compatible with your holster and gear (by the way, if you are running a Safariland holster with a barrel plug, I drilled a short hole on the barrel to make sure the plug had a place to go). The other factor is muscle memory. Training with a Red Gun that’s a replica of your primary gun gives you the same feel and helps you gain familiarity with your weapon system.

Also, they’re tough and can take abuse as training tools.

You don’t have to worry about damaging your real firearm during firearm retention drills or injuring yourself or your training partner with sharp metal parts of a real pistol. This type of training isn’t done enough, given how many officers are killed with their own firearms every year.

Red Guns are the best tools for firearm retention drills. With the newly added magazine release feature, you can add more to your training, like dropping the magazine to empty the weapon—during a struggle for control with a suspect—and then reloading when you regain full control again. Granted, the slide doesn’t move but it could easily be simulated. Just food for thought.

The Red Gun with magazines can also be used to teach new students to learn how to safely handle, grip, and load a firearm before introducing them to work with a real firearm.

Since it comes with two magazines, you can get in the repetitions on tactical reloads to build upon what you already have, without the potential danger of having an actual firearm in play. There are steps to be taken to make it safe to work with your unloaded pistol to minimize the chance of a negligent discharge but it’s always a possibility and the risk is there.

The Red Gun eliminates all of the risk, there is absolutely no way for a round to be fired from it. Out of curiosity, I loaded a full magazine in the M17 and was able to load it. Like I mentioned before, even if you somehow forgot and loaded a live magazine, there is no chance of a negligent discharge. It is the safest way to practice reloads in the comfort of your home. 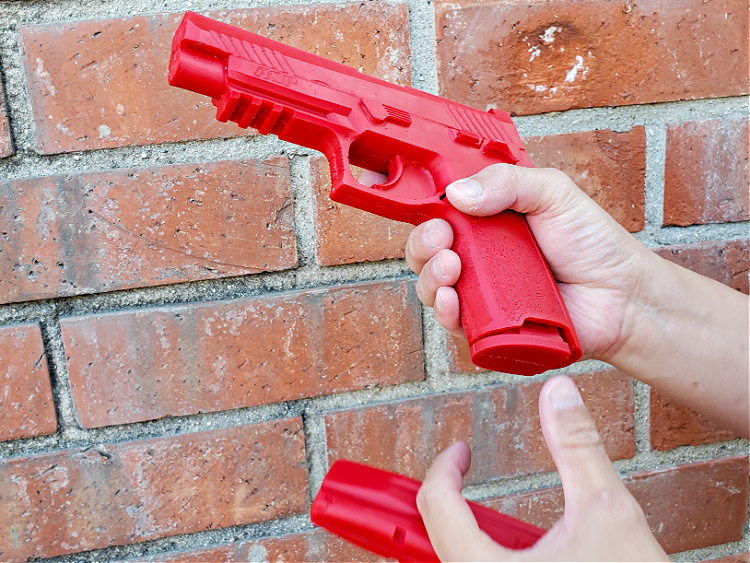 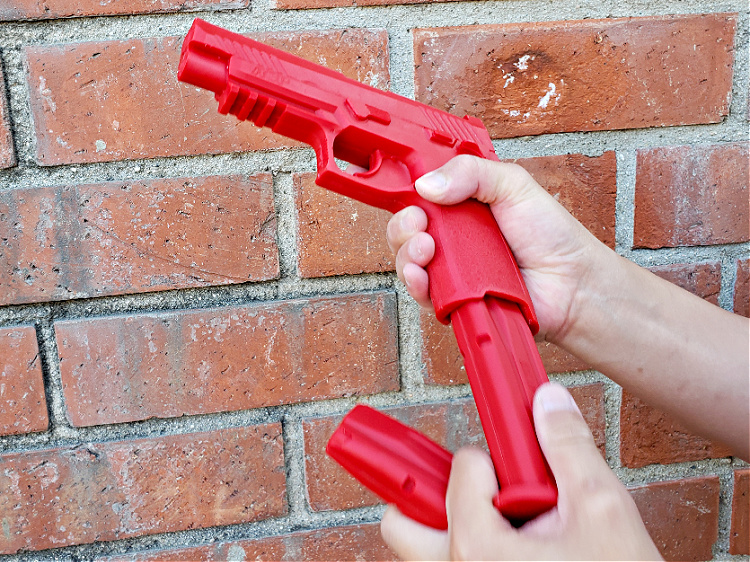 If you’re currently carrying an M17, or are about to, the ASP Red Gun with spare magazines goes for $87 and is a great counterpart to your real M17 that will help you train and gain proficiency with it in a safe manner. They also offer them for the Beretta M92 and H&K 416 with the magazine drop-out feature.