When I say magazines and tubes, I acknowledge that tubes are magazines. For the sake of this article, I’ll be referring to them as tubes and mags best to illustrate the difference between tube magazines and removable magazines. Just a more straightforward means to do things. We will examine critical factors and reasons why one system shows superiority over the other and vice versa. 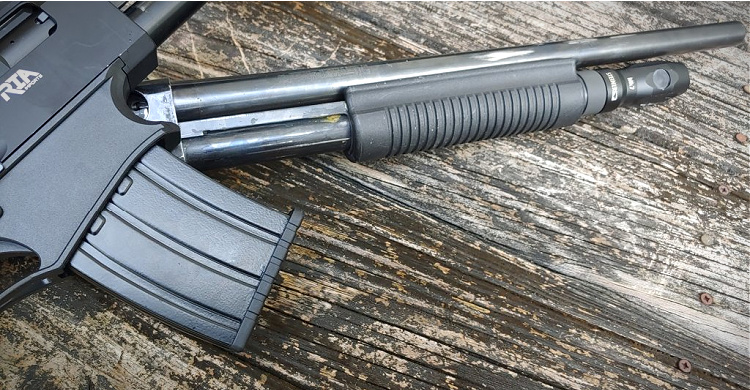 Tubes are extremely limited in their capacity due to the limitations that a horizontal magazine has. Most tactical shotguns tap out at 8 to 9 rounds. Mag fed shotguns have no such worry as they are available in both drum and box varieties with a ton of different capacities. These magazines can hold anywhere from three to 20 rounds of twelve-gauge shotgun ammo.

Shotguns with box magazines generally have the sky as their limit in capacity. They can become quite crazy. The 590M series have 20 round mags, the Armscor VR series has a 19 round magazine, and the Saigas always have the famed drums. While they are best described as obnoxious, they do slap tube-fed guns out of the water. 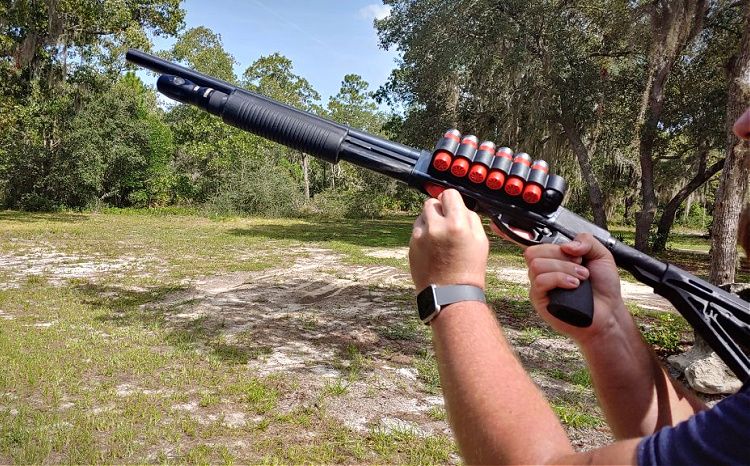 A tube-fed shotgun is more comfortable to reload on the fly. You add a round or two as you shoot, and your tube magazine should never go dry. As you shoot, you load, and that’s the golden rule behind working a shotgun.

The mag fed shotgun offers a clear advantage when crap hits the fan, and you are spewing lead into a target at a rapid rate. In this crazy, messed up situation, you may not pay enough attention to keep your tube loaded as you blaze through 12-gauge ammo. With a box fed magazine based shotgun, you can drop five, nine, or twenty rounds and slam a magazine home and keep after it.

This leads to a variety of awkwardly handling mag fed shotguns. The AK series tends to have the best ergonomics, and that’s saying a lot for a 70-year-old platform. The Mossberg 590M and Remington DM models use ergonomics aimed at a tube-fed gun with magazines shoved in it. 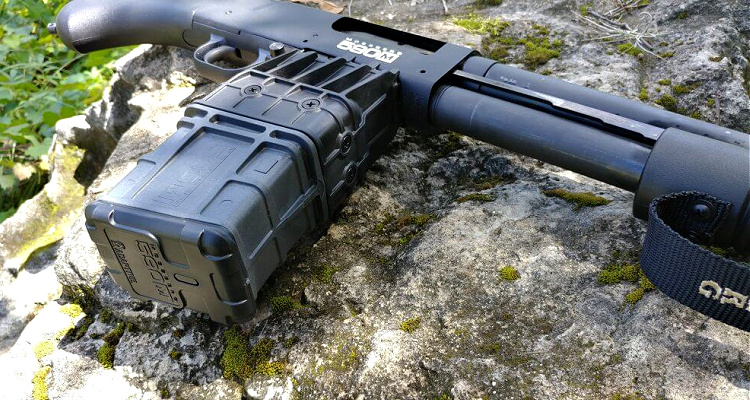 A 12-gauge five-round shotgun magazine is the same length as a 30-round AR 15 magazine, give or take. Once you start taking advantage of the increased capacity of a mag fed shotgun, you get a massive box magazine hanging low. Anything longer than a nine or ten-round magazine is primed to catch something as you move through any environment but a square range.

Good luck getting in and out of vehicle or maneuvering around a close quarter’s scenario with 20 rounds of 12 gauge ammo. The magazine adds lots of weight and can throw off the balance of the gun on top of the extra vertical length. With a tube magazine, the weight is forward, and this can help reduce muzzle rise for a few shots at least.

This was a tough category because it’s dependent on the quality of the magazine you use. A good, well-made magazine will give you zero issues. However, because magazine-fed shotguns are somewhat new, they tend to rock or suck with little in-between. 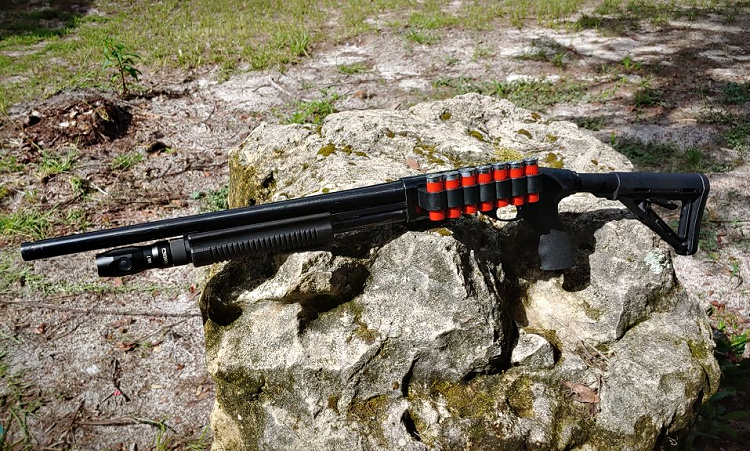 Tube fed shotguns of even the lowest quality seem to work, at least where the magazine is concerned. There is less to go wrong with a tube, and loading and using one is straightforward. I’ve had my 590M magazine become useless because one load of buckshot was MMS slightly longer than average. Shotgun box magazines tend to be picky.

It can be tricky to find magazine pouches to accommodate your shotgun magazines. If you’re reading this and found a good solution, please comment below and share it.

It can be diffficult to find spare springs, followers, and other replacement box magazine pieces should one break. This isn’t an issue for tube-fed shotguns.

Mag Fed Shotguns – Waiting For the World to Catch Up

If I’m setting a shotgun beside my nightstand, it’s going to be a tube-fed model. They are simpler and have the benefits of lots of engineering and experience. It also matches the current manual of arms for modern fighting shotguns. 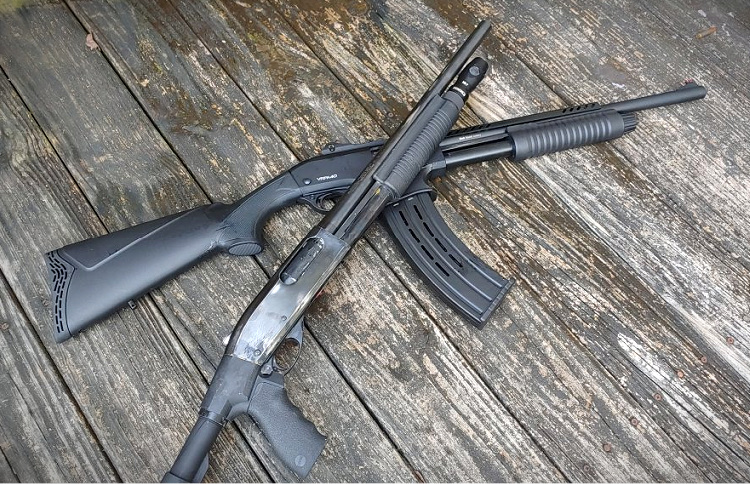 That doesn’t mean that mag fed shotguns aren’t the future of shotguns. They have the growing pains that every advance in weapons has. Before the mag fed shotgun can become a common reality, we’ll need to see some advancements including a common magazine platform for shotguns, the existence of quality magazine pouches, and of course, increased R&D for shotguns and even shotgun ammo. Mag fed shotguns have a long road to travel, but the potential is there.