When I was 14 I decided I was going to join the Marines, at that point my life changed, or at least part of it did. I began consuming military fiction, and non-fiction and Tom Clancy made his way to the top of the pile. The original Rainbow Six was a favorite, and that is where I first learned about the SAS Sling Method. Albeit they didn’t call it that, Mr. Clancy simply described a way of shooting an SMG without a stock but instead shooting with a sling. It was something I always kept with me. Later, I learned of the Iranian Hostage crisis and saw some photos of the men involved and how they used the tension sling. 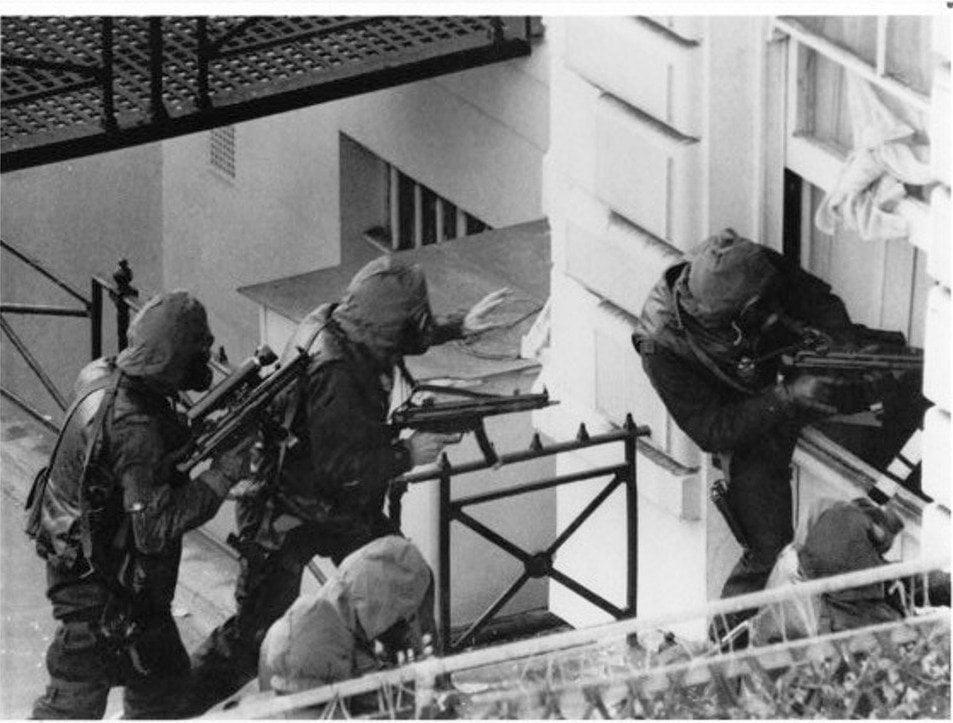 It was around this time the SAS Sling Method entered my vocabulary. If you ever look at the few photos of the SAS making entry during the Hostage crisis, you’ll notice they are rocking MP5s with massive top mounted lights, three-point slings, and collapsed stocks. In extreme close quarters, it appeared these men preferred to keep the guns close and ready and relied on shooting with a sling over a stock to control these guns. Plus they were wearing gas masks, and a cheek weld is near impossible with such a big mask on.

The SAS Sling Method is just that. The use of sling tension when you don’t have a stock, or for whatever reason can’t use a stock. This technique is based around 9mm SMGs, like the MP5K and other stockless SMGS. It’s moved to AR and AK pistols, and it’s not designed for these heavier harder recoiling guns. The SAS method works with Personal Defense Weapons (PDWs) essentially the same way as it does with subguns.

Inside the SAS Sling Method

How well could something like this work? I imagine the SAS does what they are doing when it comes to CQB, but I couldn’t just imagine it. Instead, I went out and tried it. It’s very simple to do. 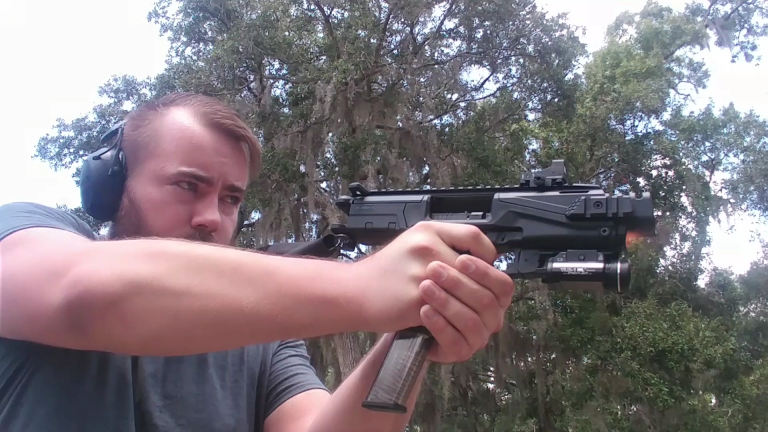 You need a sling and a stockless gun. I used a Glock 17 mounted into a KPOS Scout shell with the stock removed. It has a rear sling point and is a perfect stockless SMG stand in. Of course, I mounted an optic and white light, because why the hell not? Of course, I needed a happy stick too. 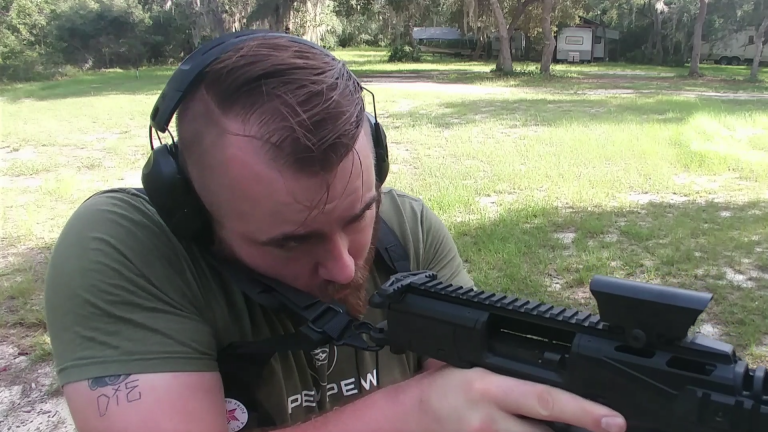 So for the sling, I tried two. A standard FAB Defense single point sling and a half holster half single point sling known as the Desantis DSD rig. The DSD rig is a combination shoulder rig and SMG sling point. It’s a neat system, and one I figured was very appropriate for this weapon and design.

Once you are connected to the sling, you want to push the weapon out in front of you and create tension in the sling. If it’s too loose, shooting with a sling simply won’t work. You need to adjust the sling to create tension. 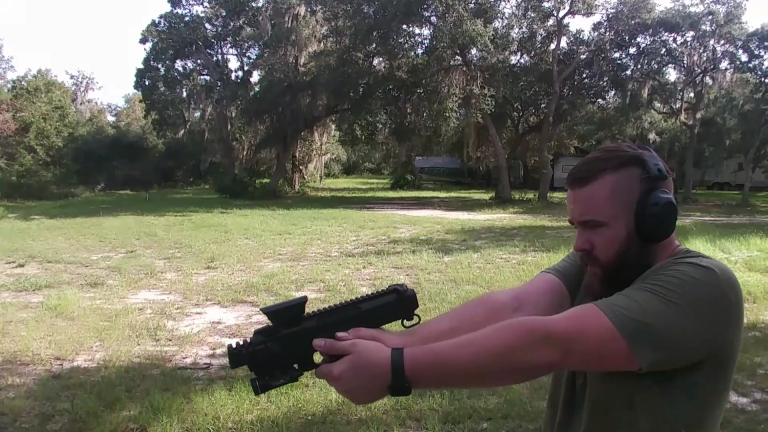 Punch the weapon outwards and assume a good firing grip. I held mine like a standard pistol, but a forward grip would be a welcome, albeit illegal addition without NFA paperwork. I take a slightly modified isosceles stance with my feet shoulder width apart elbows locked or nearly locked. 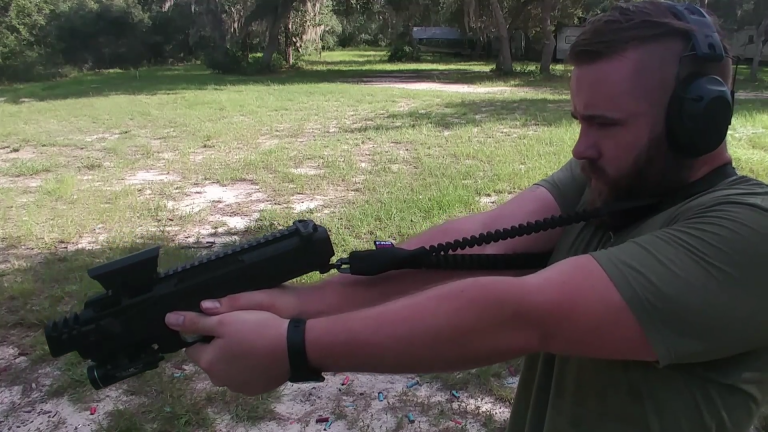 I fired the little KPOS/Glock set up without the sling to get a decent measure of the effectiveness of the technique. I noticed a massive difference in recoil and muzzle rise. The single point sling worked okay, but I noticed the biggest difference with the Desantis DSD rig. The FastFire 3’s red dot didn’t even move as I pulled the trigger. Rapid fire was an absolute breeze.

Shooting with a sling is highly effective and if you have something stock or braceless I would certainly say give the SAS Sling Method a try.

The Mag Life
This has been a collaborative effort by two or more members of The Mag Life contributor team: to wit, a JWOT (Joint Writing Operations Team). We'll advise which specific contributors in the text of the article. Subscribe to GunMag TV and follow GMW on Instagram, @gunmagwarehouse. Connect on Facebook, /gunmagwarehouse/.