The MP 12 bullpup shotgun is a 12 gauge pump-action designed, S&W says, for home protection. Released just this morning, the M&P 12 is not the first Smith & Wesson shotgun, but it is the first in many years. It is also their first bullpup design ever, though some might argue that it’s their first bullpup since the UTAS UTS-15.

Those people aren’t writing this though, so it is the first S&W bullpup. If anyone wants to argue about it they can go write their own article. 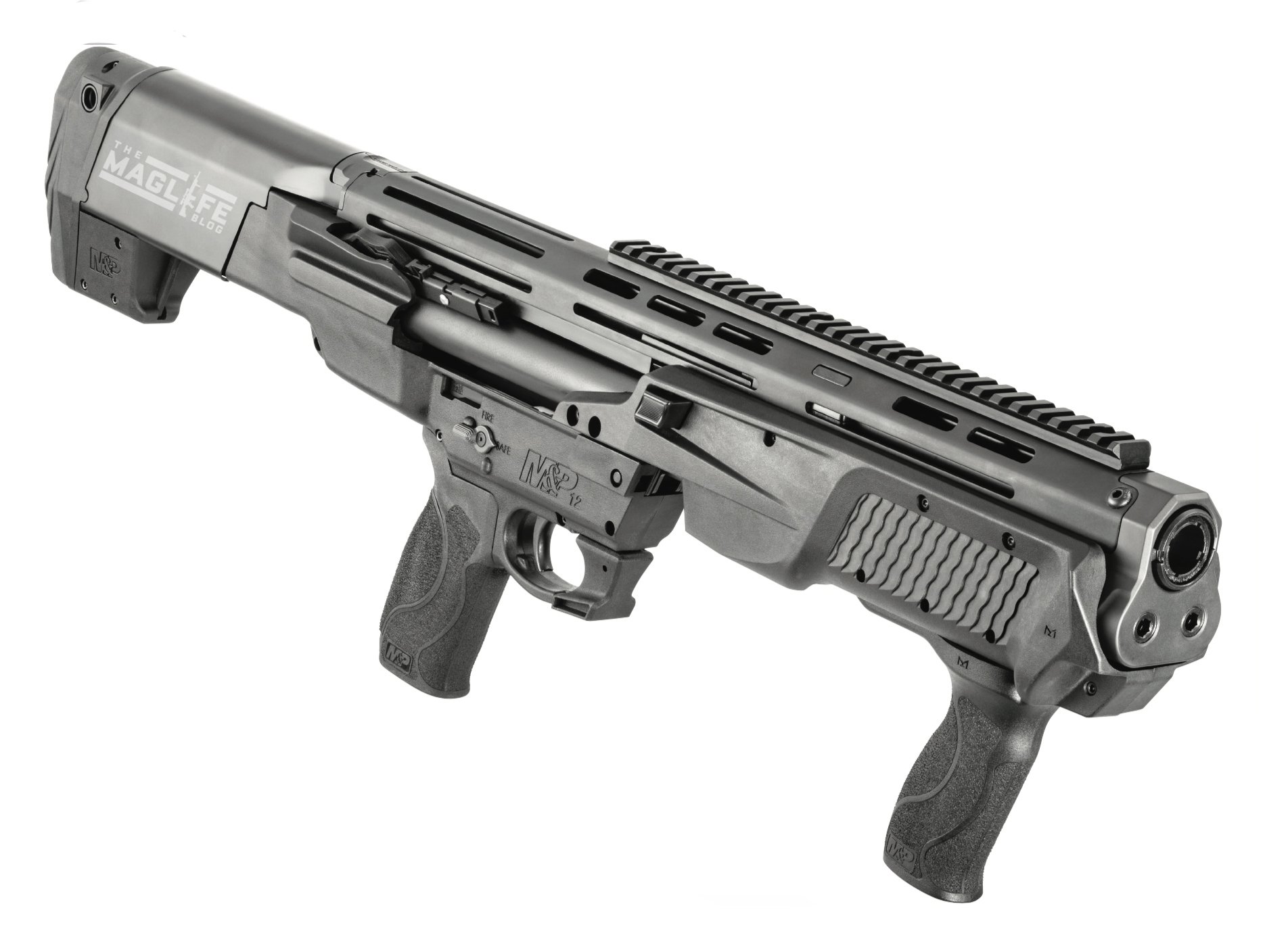 Like its handgun and rifle predecessors, the M&P in M&P 12 stands for “Military & Police”.

A reciprocating cover with a release button provides the mechanism for clearing damaged shells, and an assist button on each of the magazine tubes is provided to assist in loading and unloading.

At its release, S&W VP of Marketing Kyle Tengwall said,+

Today, we’re excited to unveil the M&P12 – a new category introduction for Smith & Wesson, and a firearm that’s purpose-built for protection and a blast to shoot at the range.”

My friend Jeremy Stafford of Guns & Ammo posted some imagery of it this morning once the embargo was lifted.

Stafford says, “The Smith & Wesson M&P 12 has been released. Despite the wailing and gnashing of teeth by the collective tactical ‘grams, they’ll sell a metric ass-ton of these. It’s better built than the KSG, it runs like a champ, and carries 15 rounds of 2 3/4 inch shells on it. if you dabble in min-shells, it will hold 20 rounds. AR-style controls, a pretty good six-pound trigger, an overall weight of 8.3 pounds, a 29-inch barrel, and an overall length of 28 inches. Look for an upcoming review in Guns & Ammo.”

He didn’t write it as well as I did because Jeremy and punctuation aren’t friends, but he doesn’t have to. He has that square jaw and roguish charm (and an editor) to get him by. Anyway, unlike me, Jeremy was able to take the M&P 12 out to the range. Probably that square jaw and roguish charm got him the hookup, I wouldn’t know, but I take him at his word when it comes to guns and you should too.

Someone else who was able to go hands-on with it was TFB’s James Reeves. He did a great video episode about it if you’re interested in watching it go loud. I didn’t get a peek behind the scenes like he did, so I can’t show you.

That’s probably because I don’t have a tactical Barry White voice like he does. Not that I’m jealous or bitter or anything.

Though there does seem to be a pattern forming here. 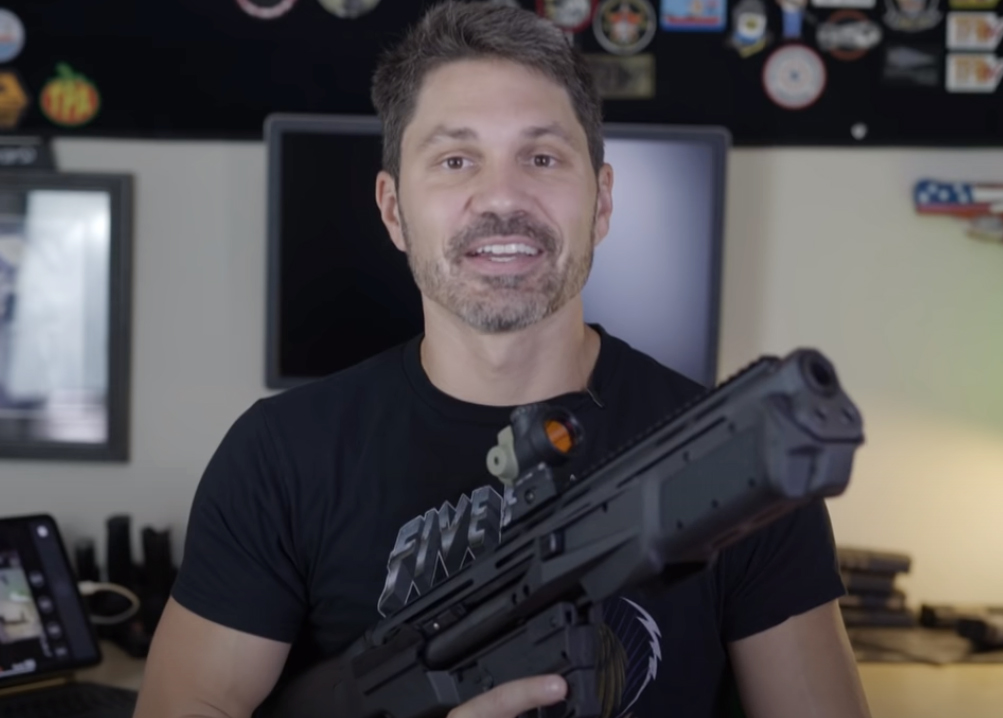 • Assist buttons on each magazine tube to make loading/unloading easier.

• Picatinny-style rail on top for sights/optics. 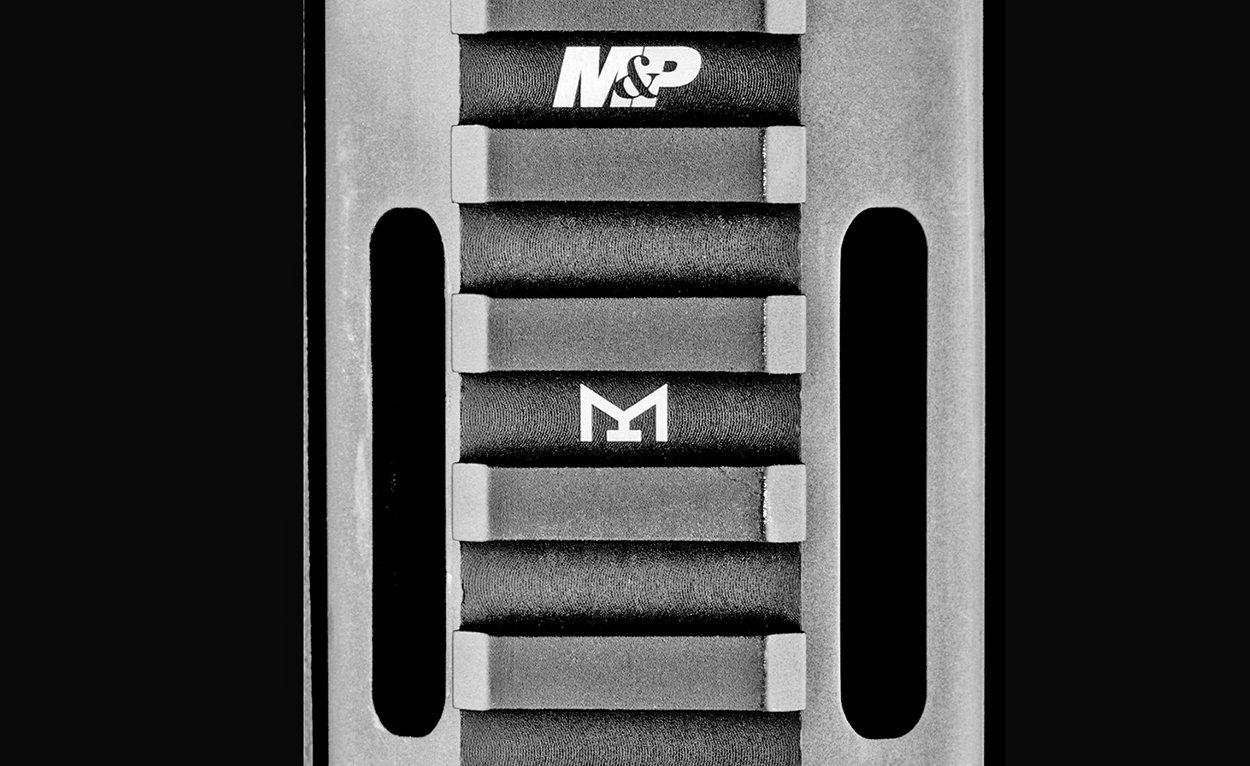 • Ambidextrous QD push button base on the buttstock. 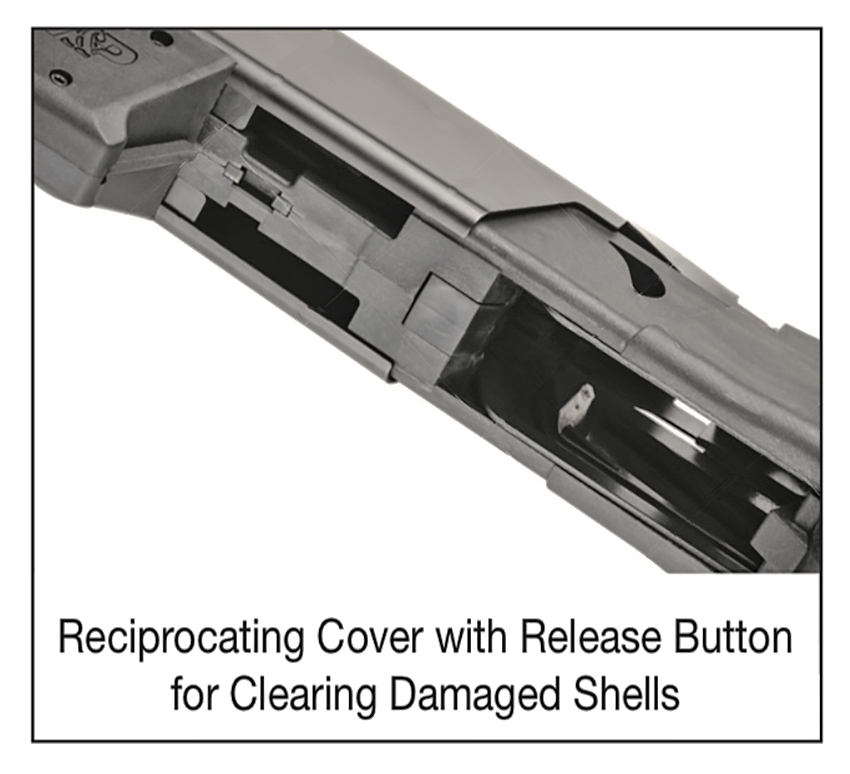 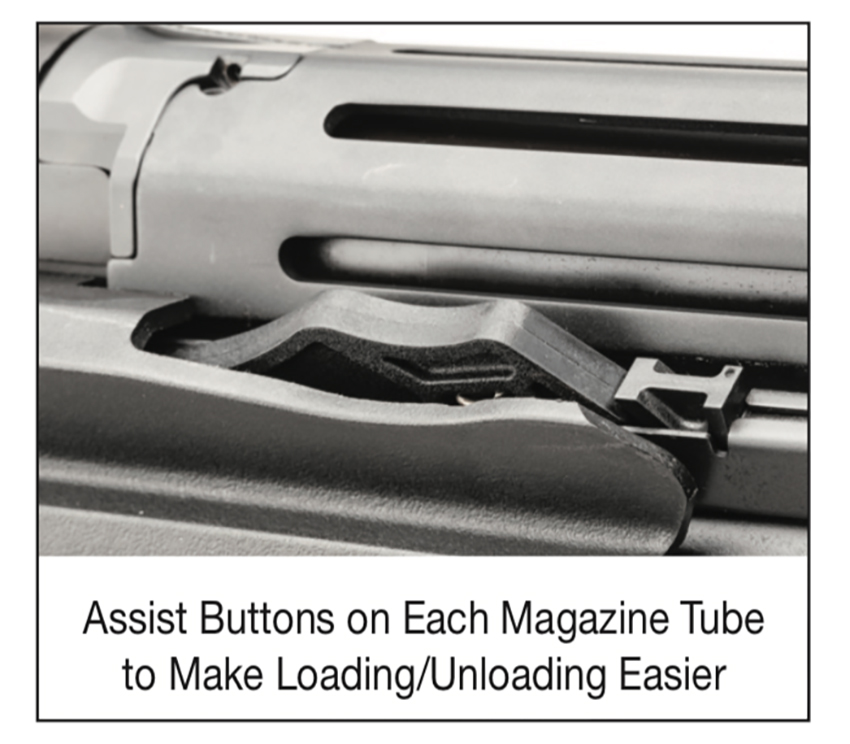 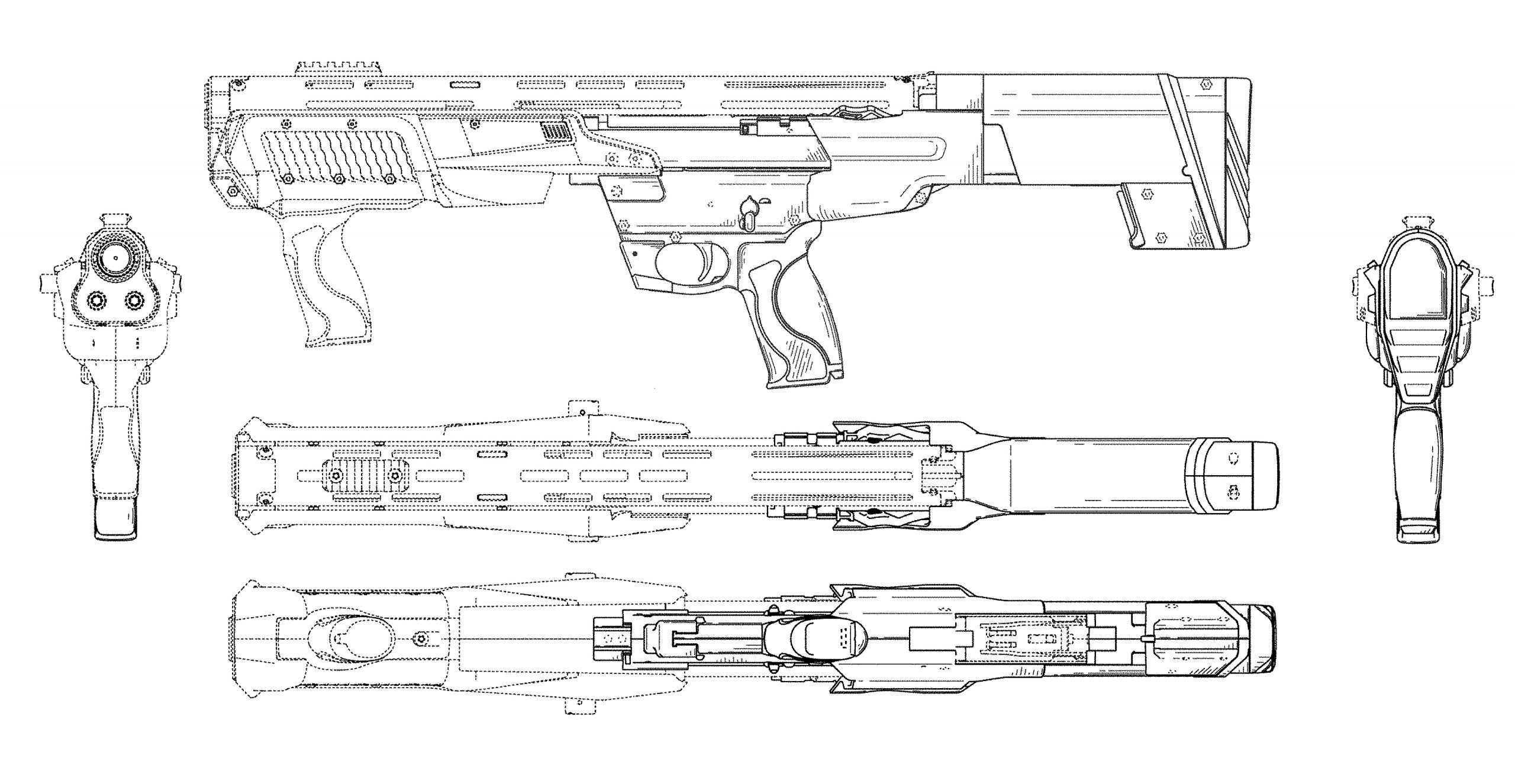 Some previous S&W “scattergats” include:

· The AS Assault Shotgun, a magazine-fed select-fire shotgun reminiscent of the M16

· The SW Model 916, a rebranded shotgun design originally produced by the Noble shotgun factory as the Noble Model 66. The Model 916 was available in a couple of different versions, including tactical and takedown, but unfortunately like the Model 66 before it consistently suffered reliability issues. In fact, the 916 was later voted one of the worst modern shotguns of all time, though S&W evened the scales back out with the Model 3000 (a design that itself spurred an improvement on the 870 by Remington). 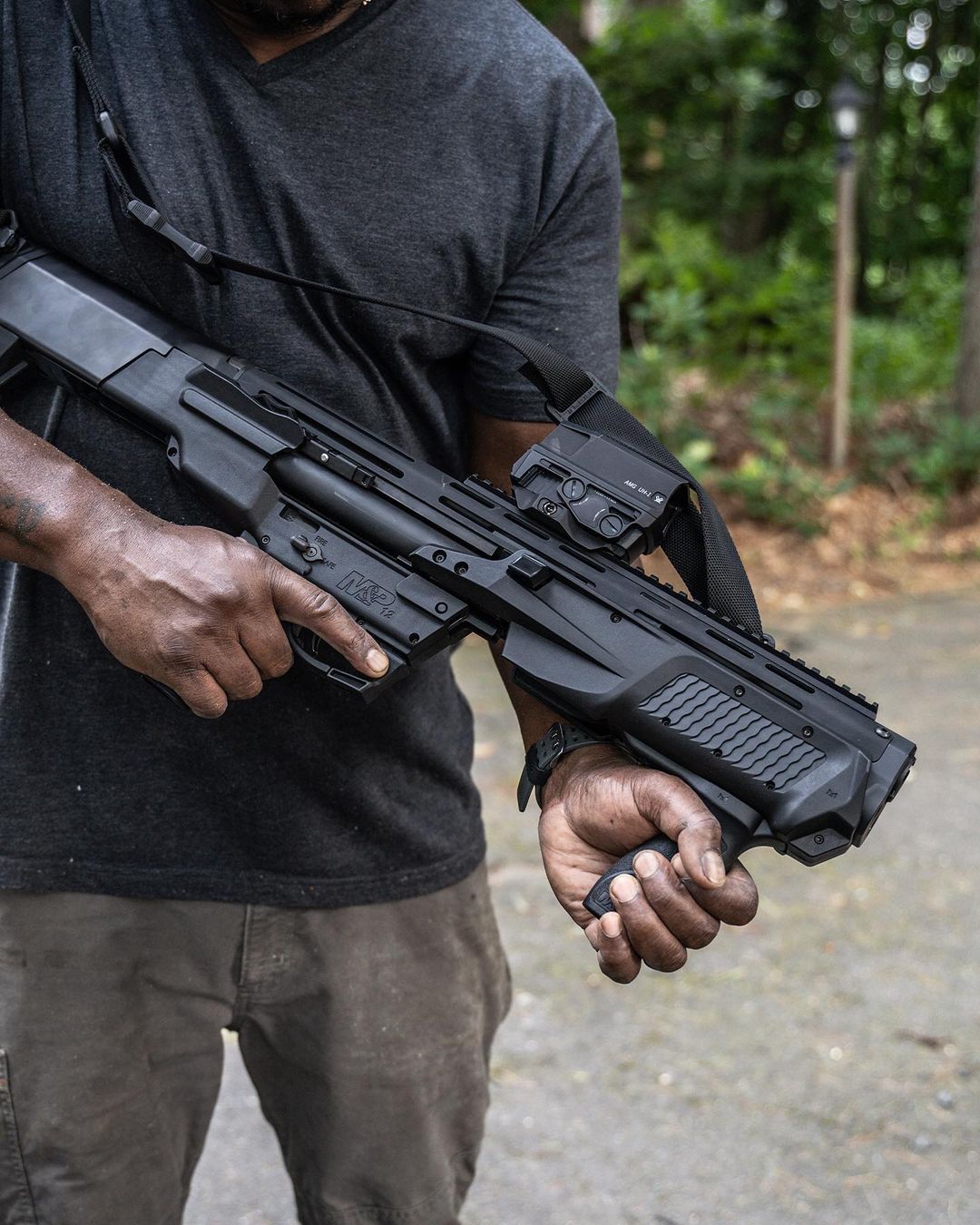 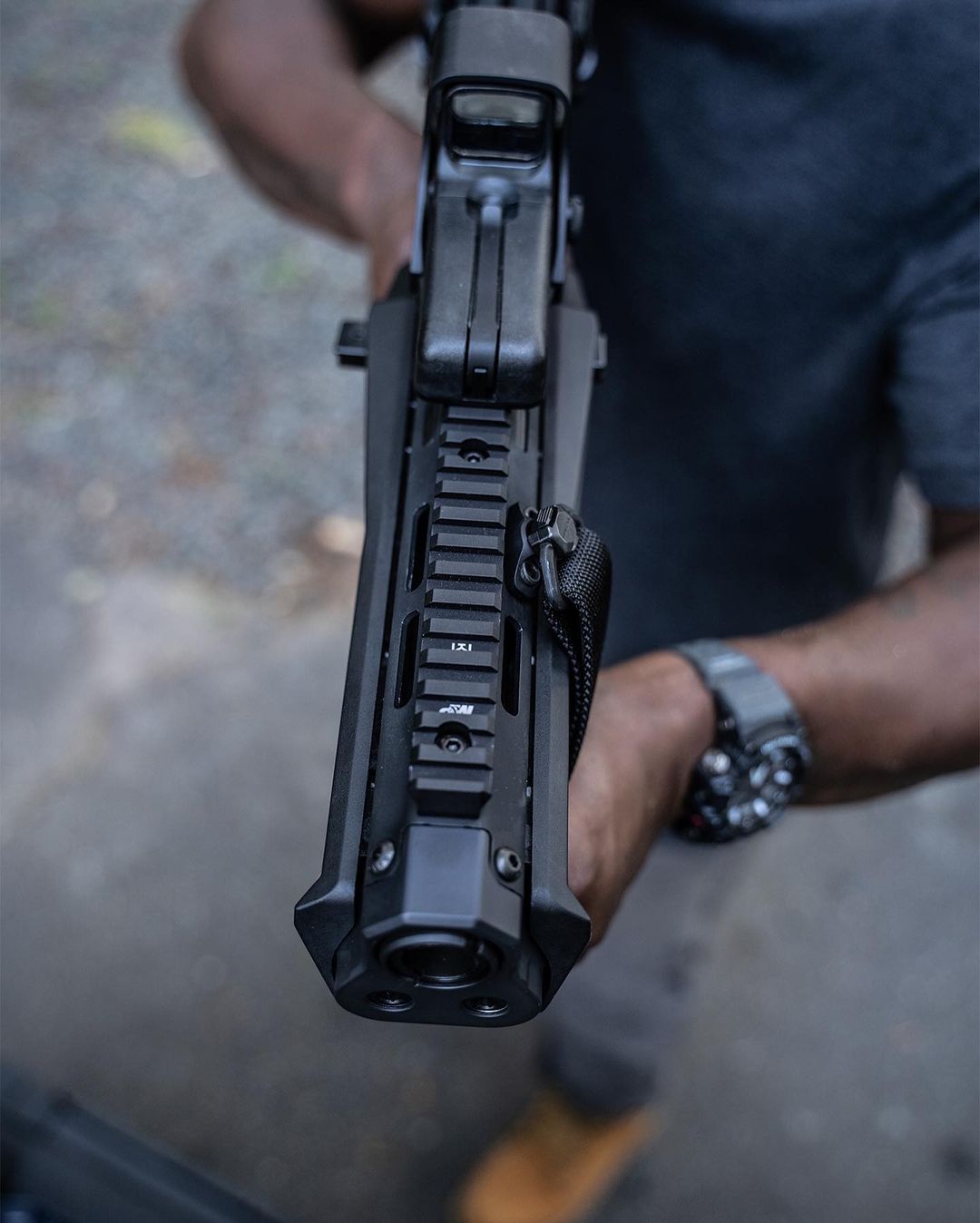 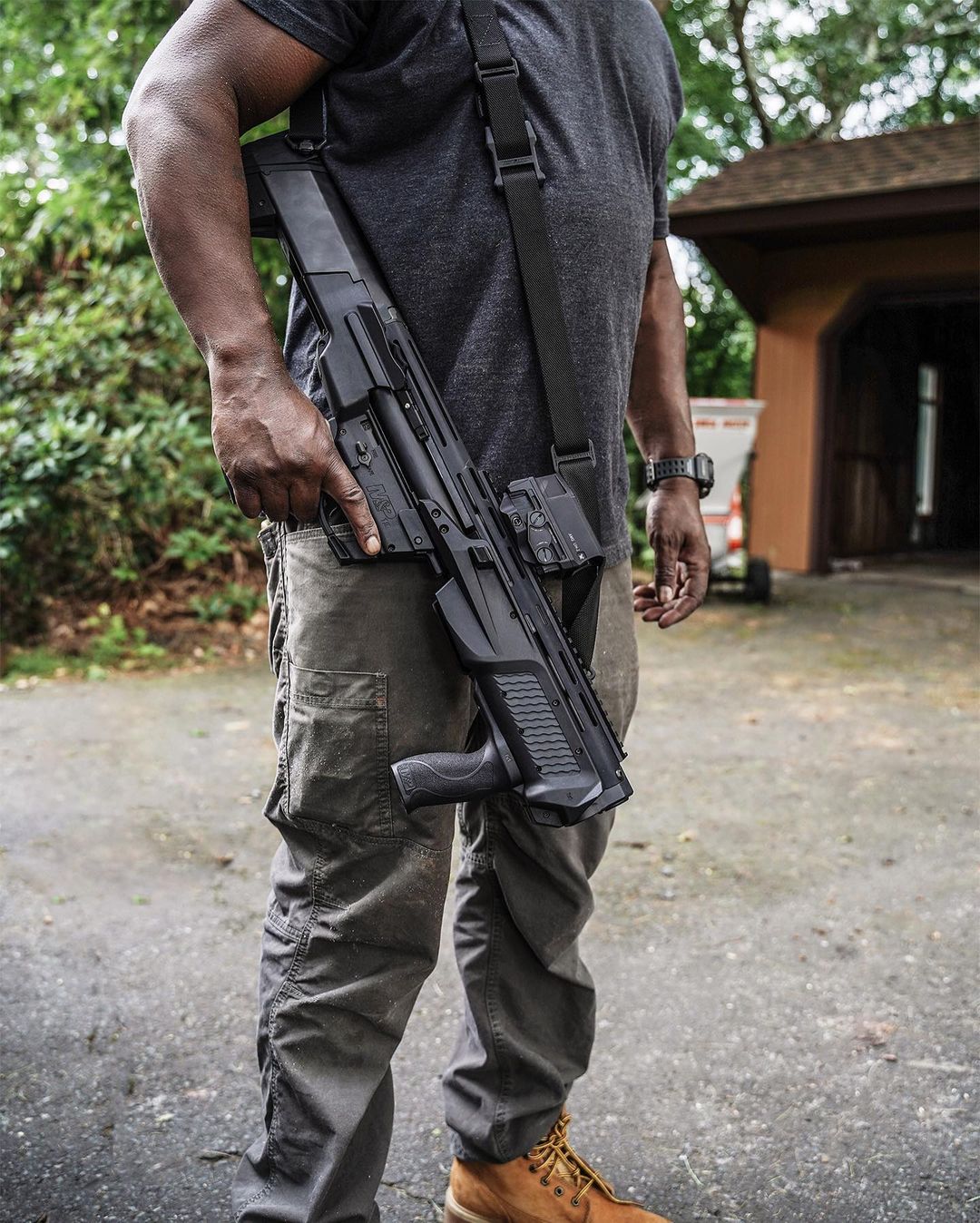 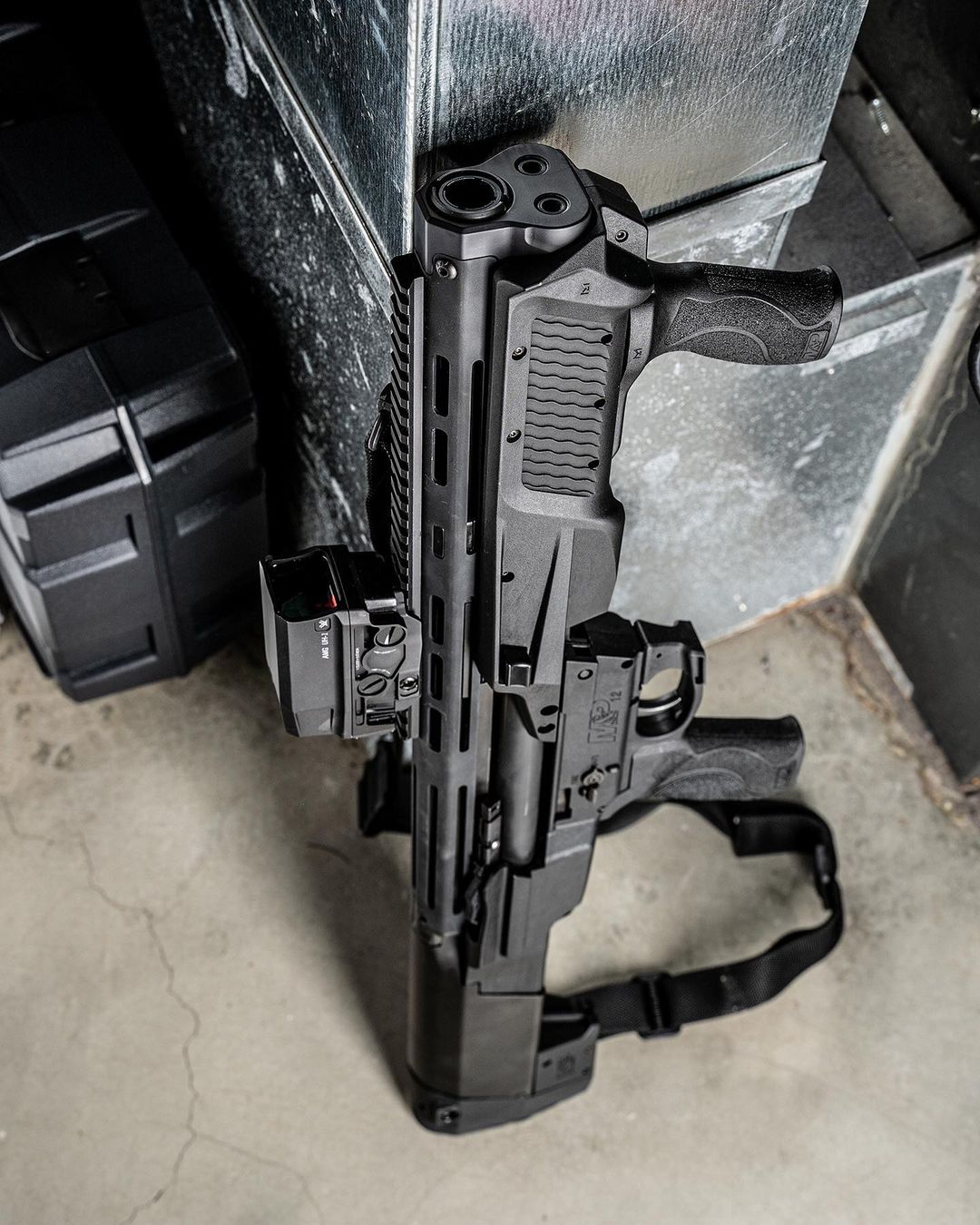 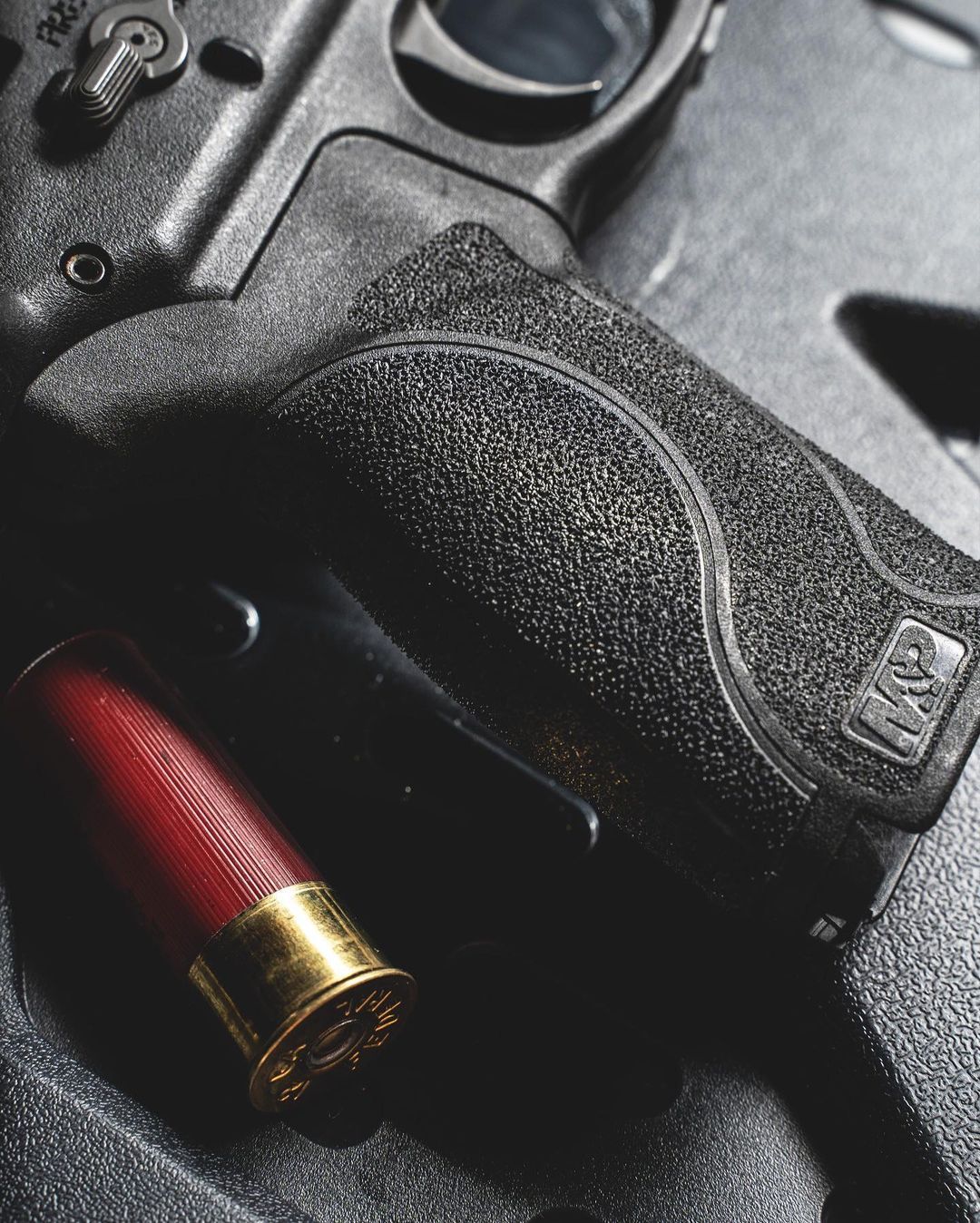 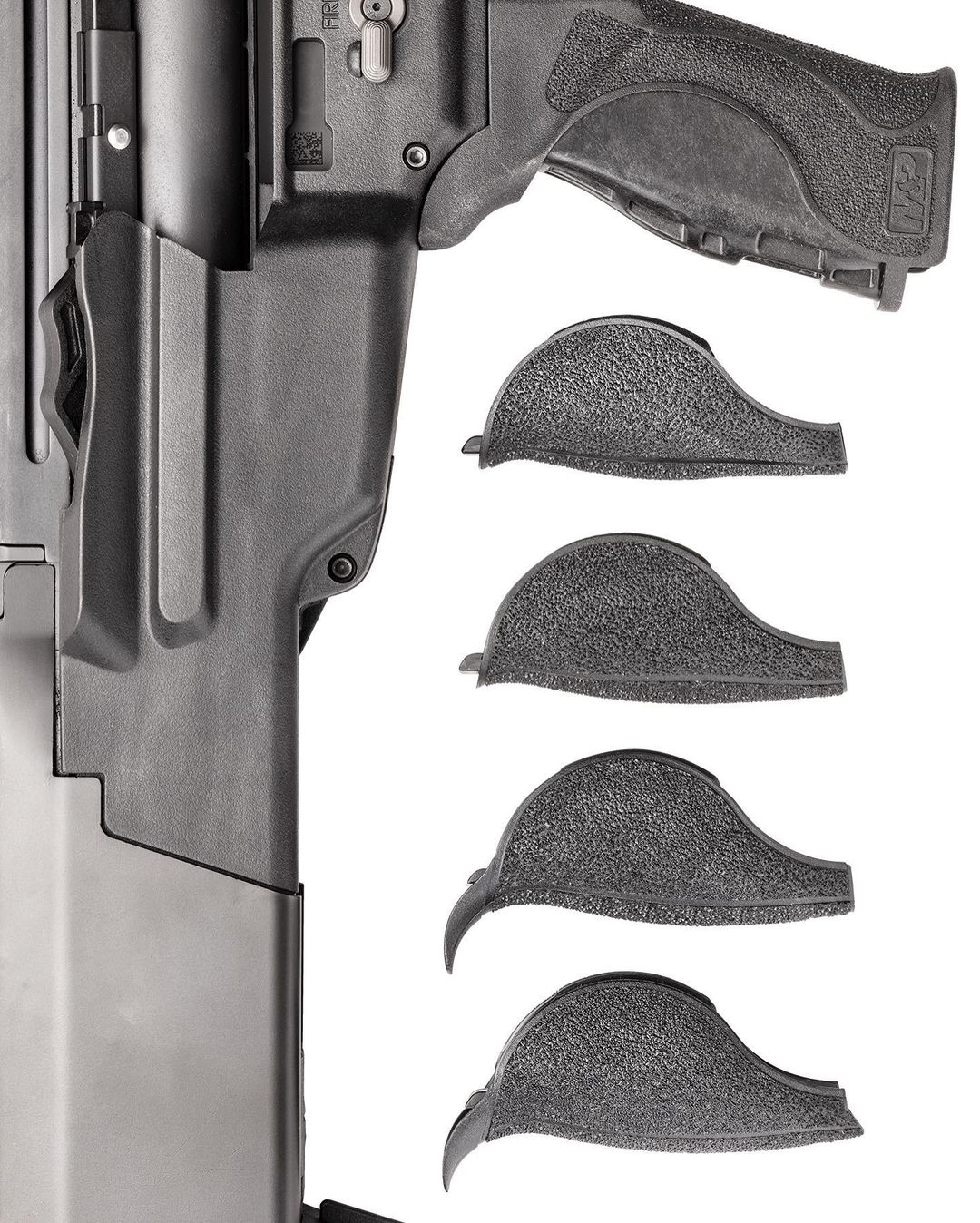 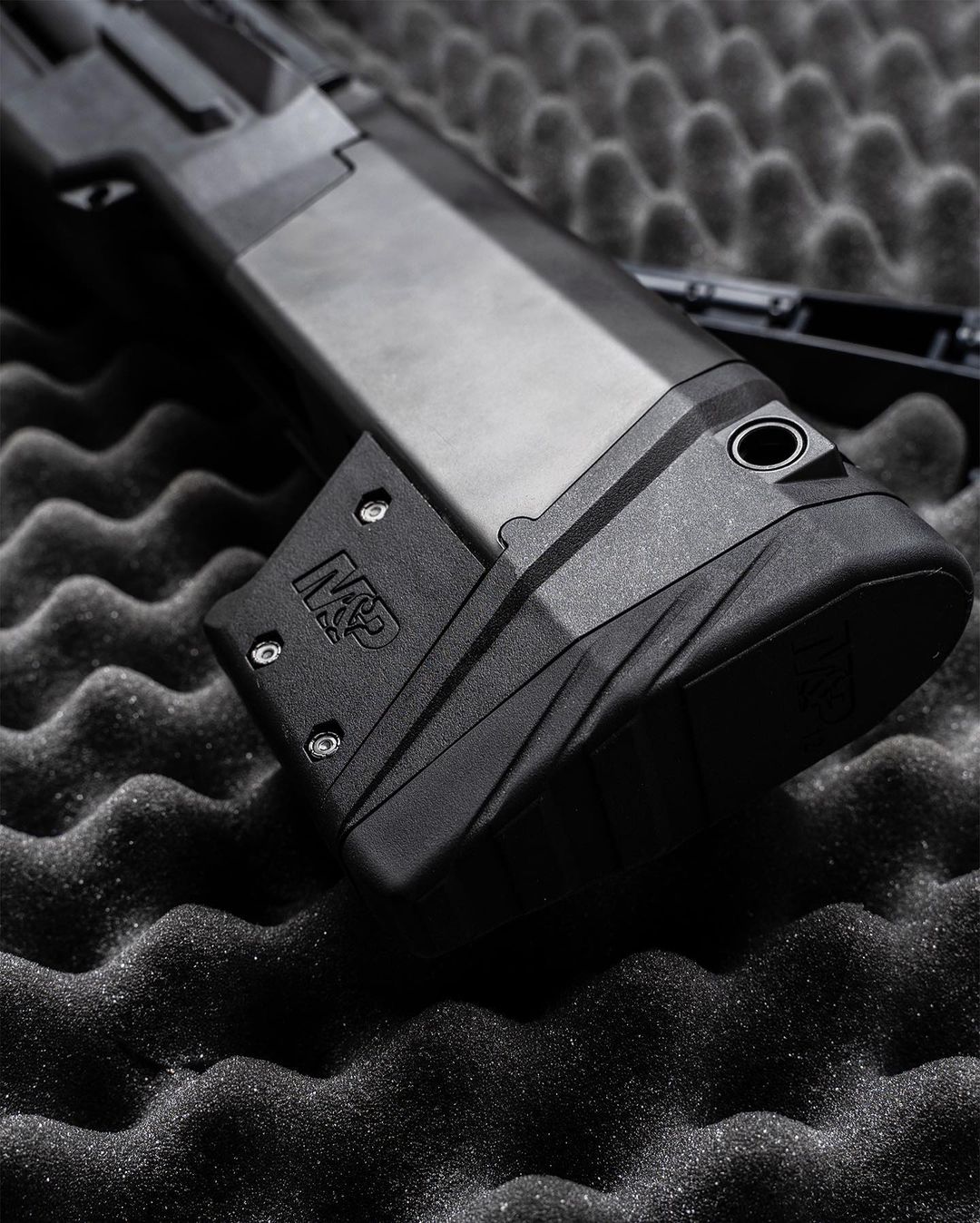 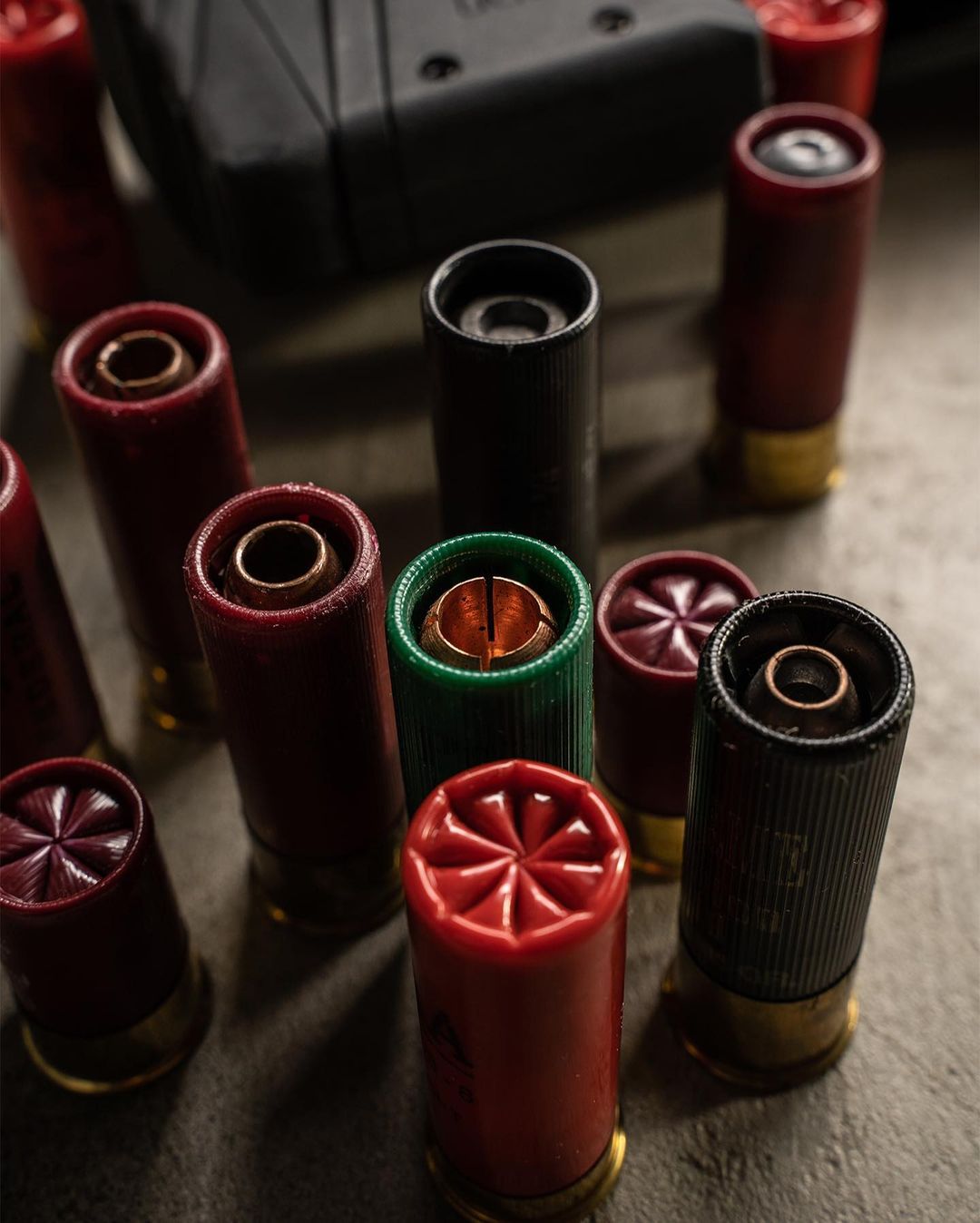 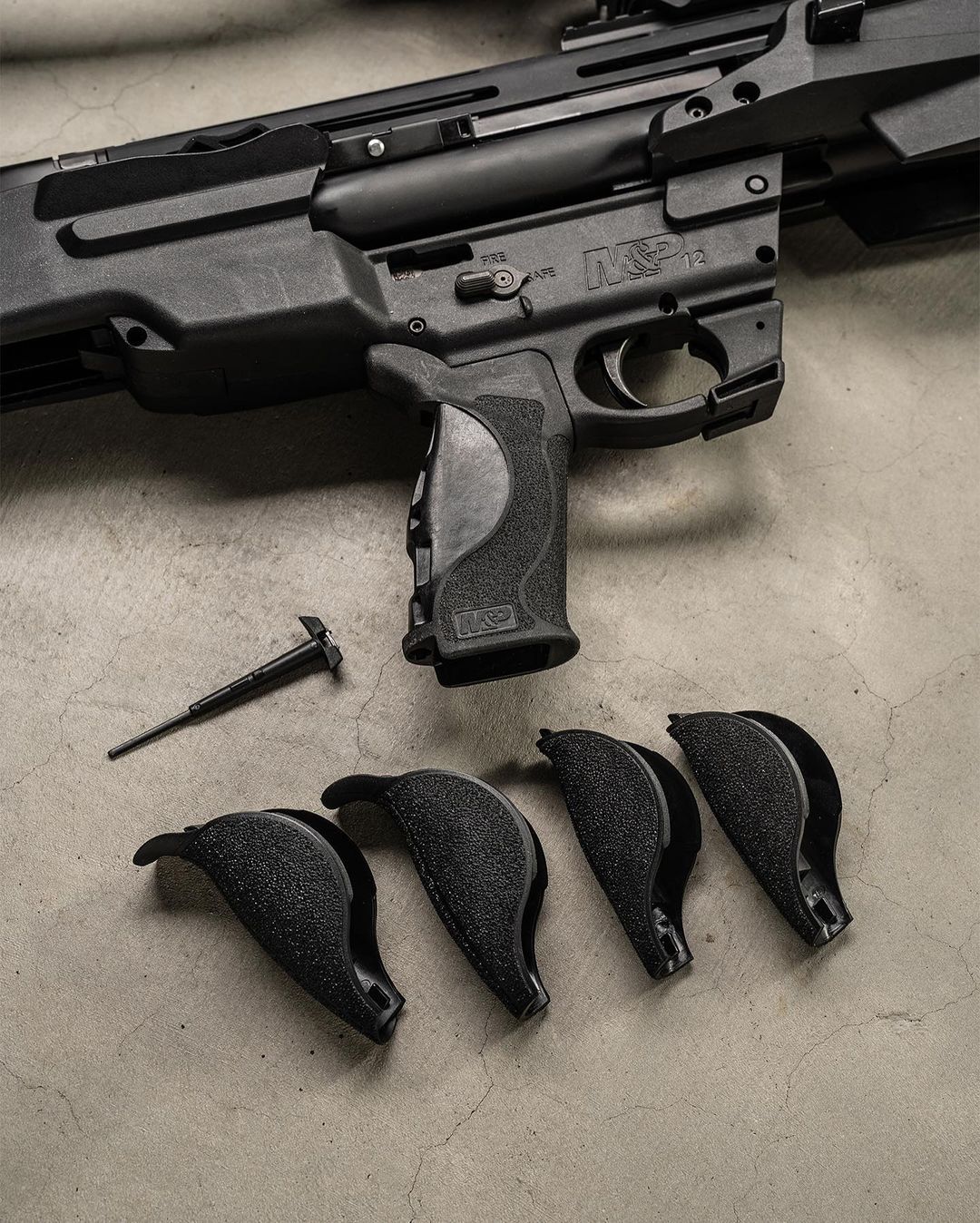 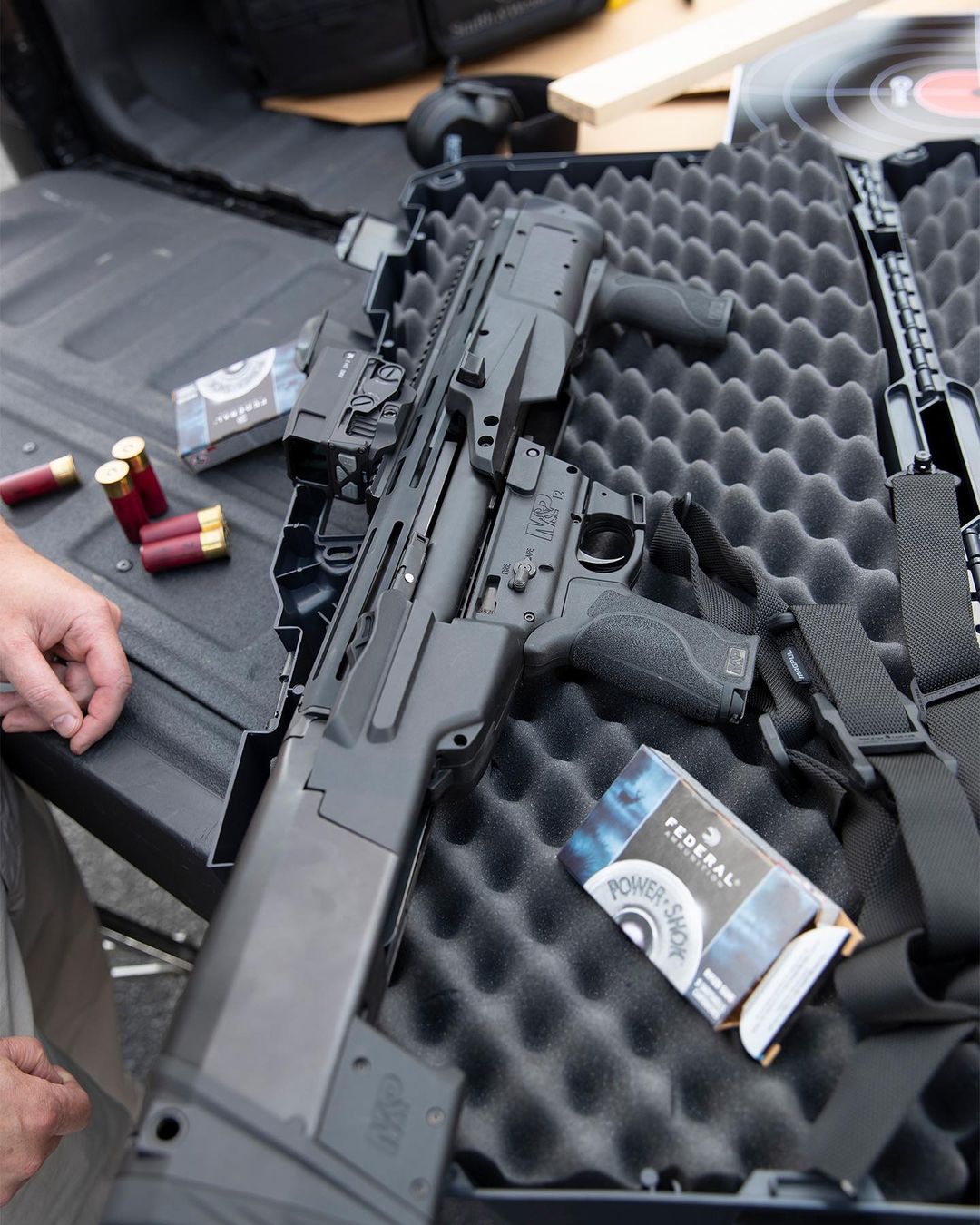 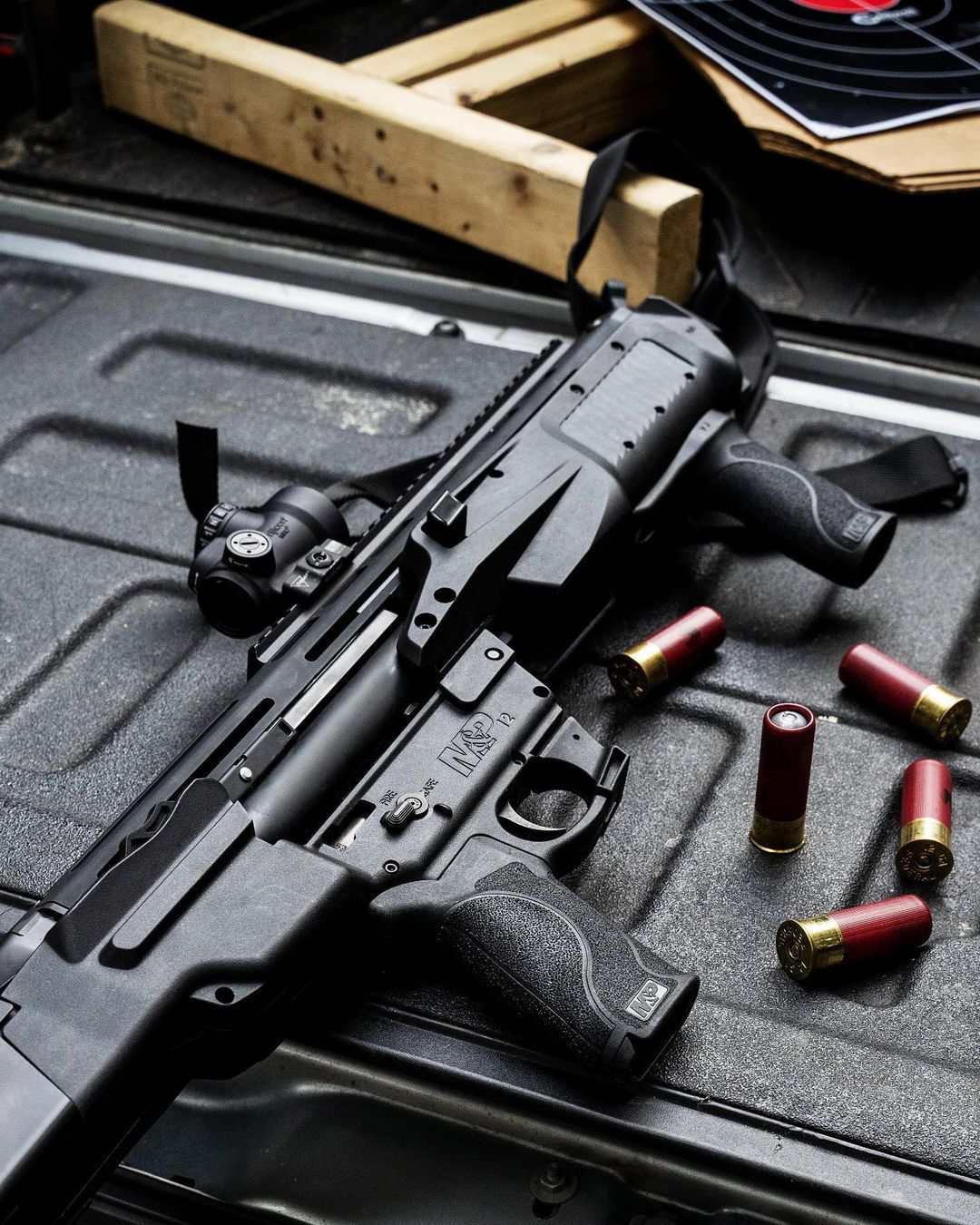 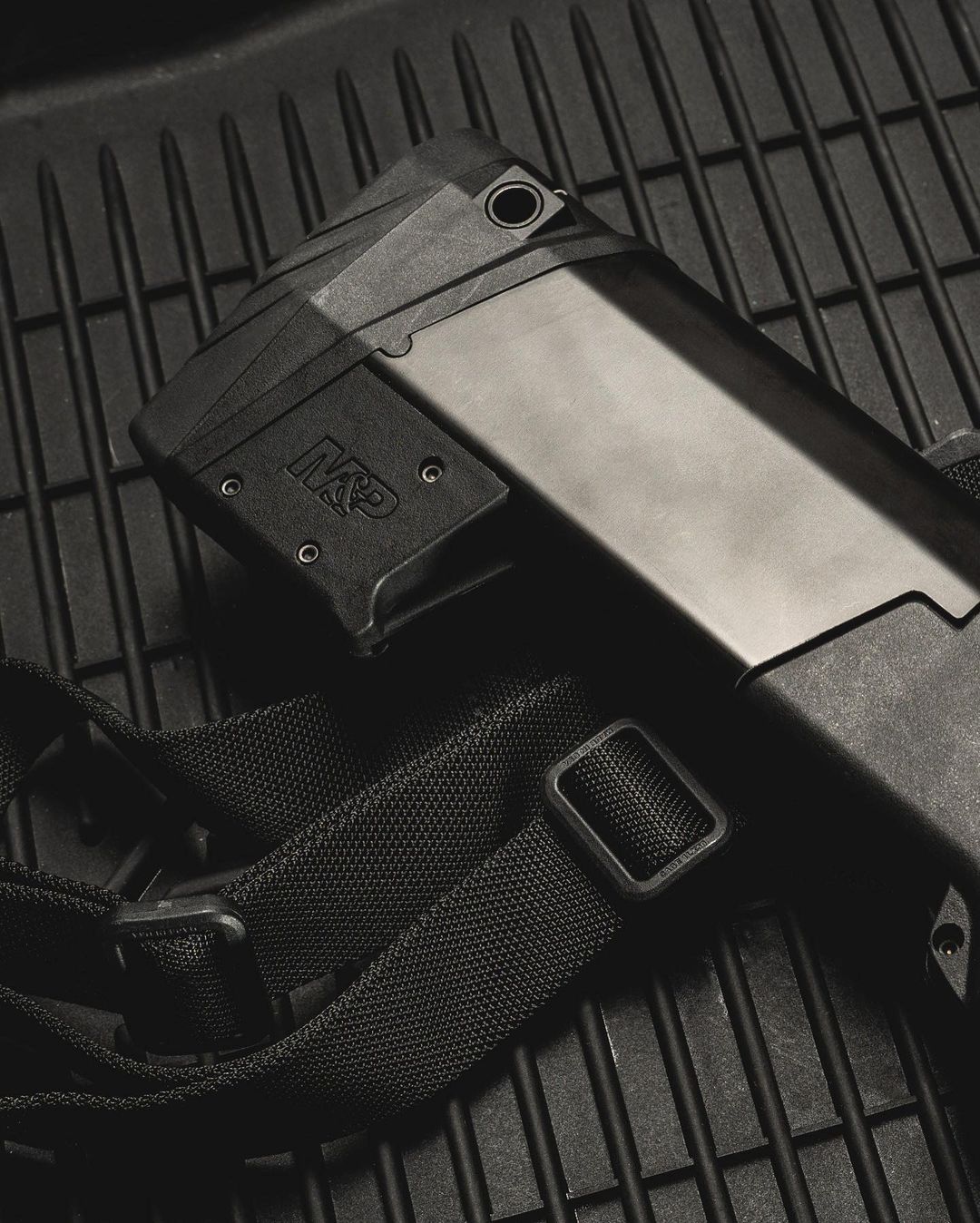 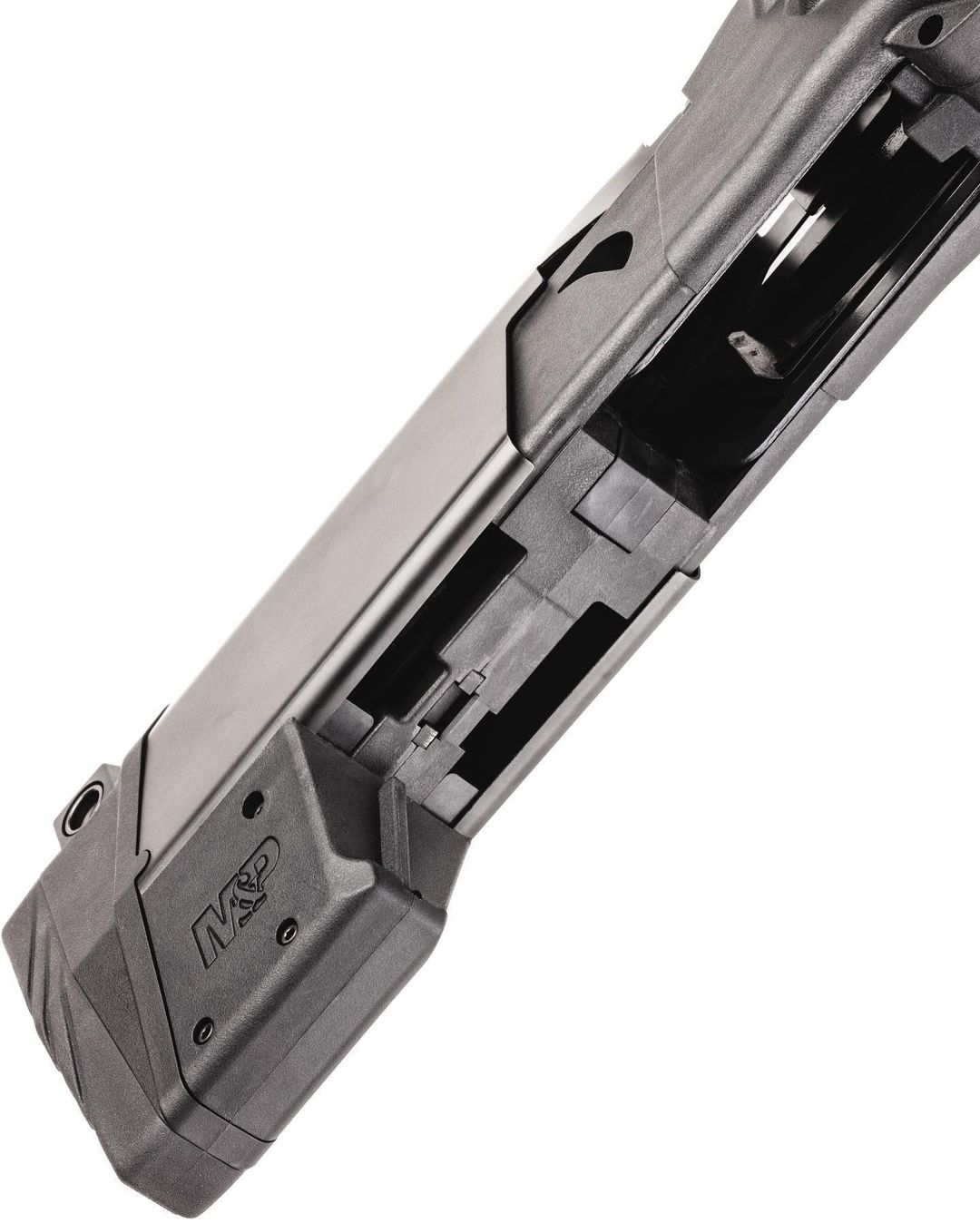 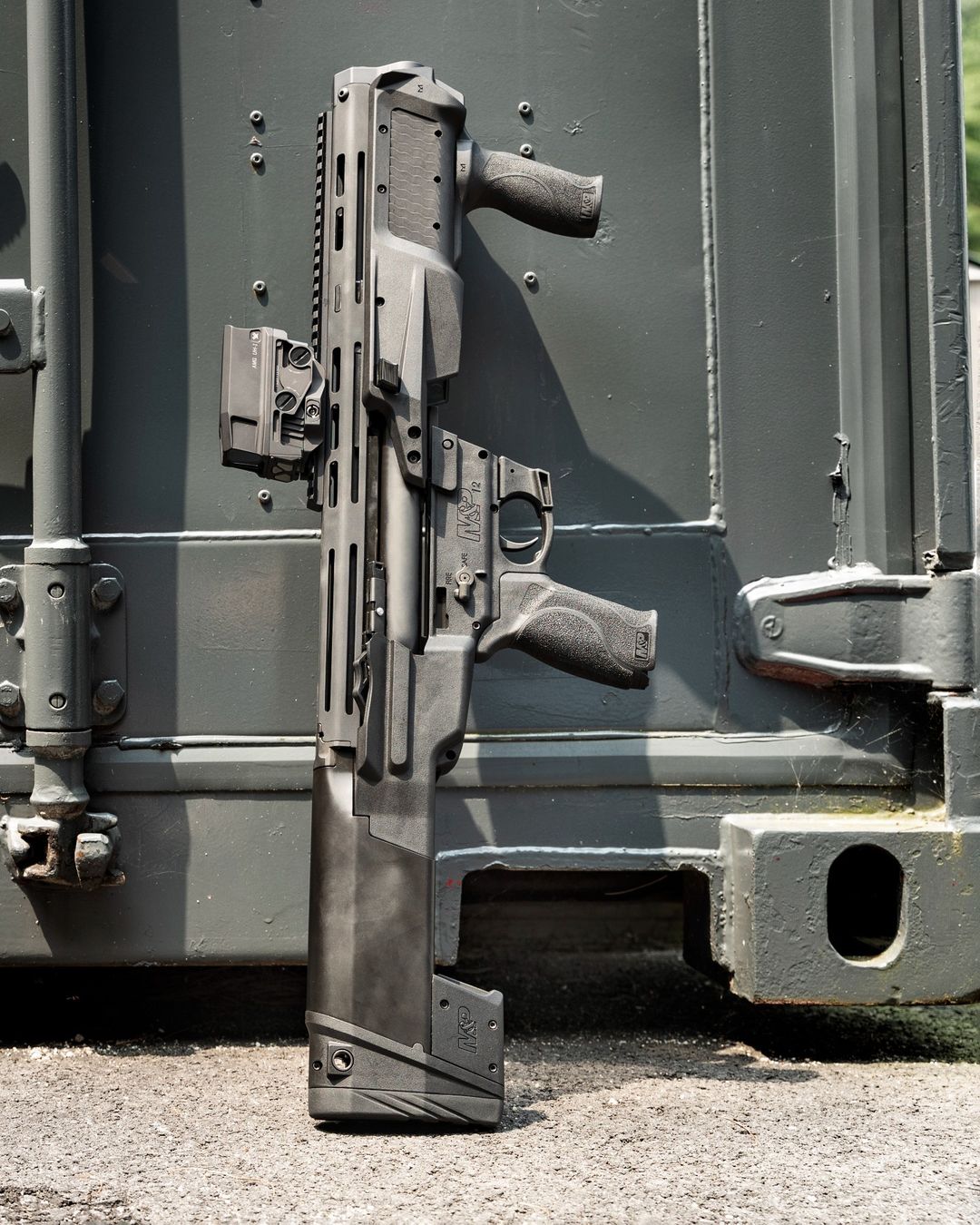