Concealed carry continues to grow in popularity among individuals that are willing to accept responsibility for their own personal safety and the safety of those they love. As more people begin to carry, more people have to deal with some of the challenges that concealed carry poses to their lifestyle. As a result there has been an increase in the use and availability of extended magazines to increase capacity. 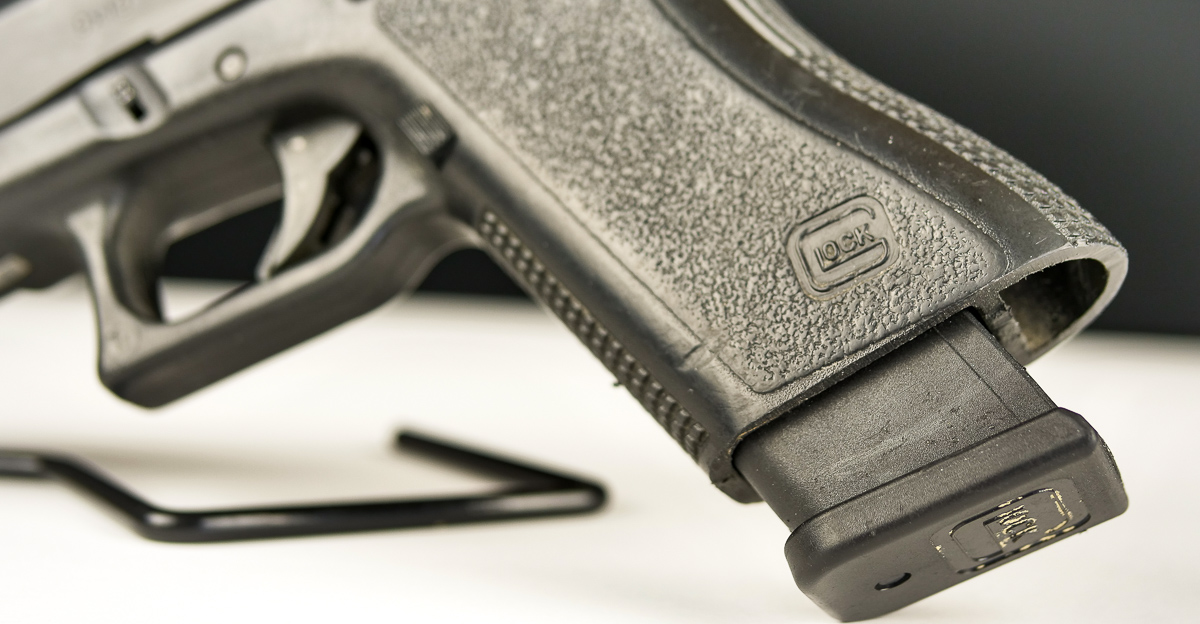 Despite the fact that capacity matters, the trend of carrying smaller and lighter guns is a popular one. Small guns are easier to conceal, but they can leave something to be desired when it comes to the ease of shooting and their capacity. When enthusiasts begin to recognize the short comings of small guns they immediately begin to look for solutions.

There are lots of potential ways to resolve the capacity issue of smaller guns, but one of my favorite solutions is to replace the standard capacity magazine that comes with your small pistol with an extended factory magazine.

Let’s begin by taking a look at why capacity is important and why you might decide to look for solutions that increase the capacity of your concealed carry handgun.

When it comes to concealed carry, capacity could be an important issue to consider. Although reloads are an uncommon occurrence in defensive encounters experienced by legally armed citizens, shooting the gun empty isn’t as rare. 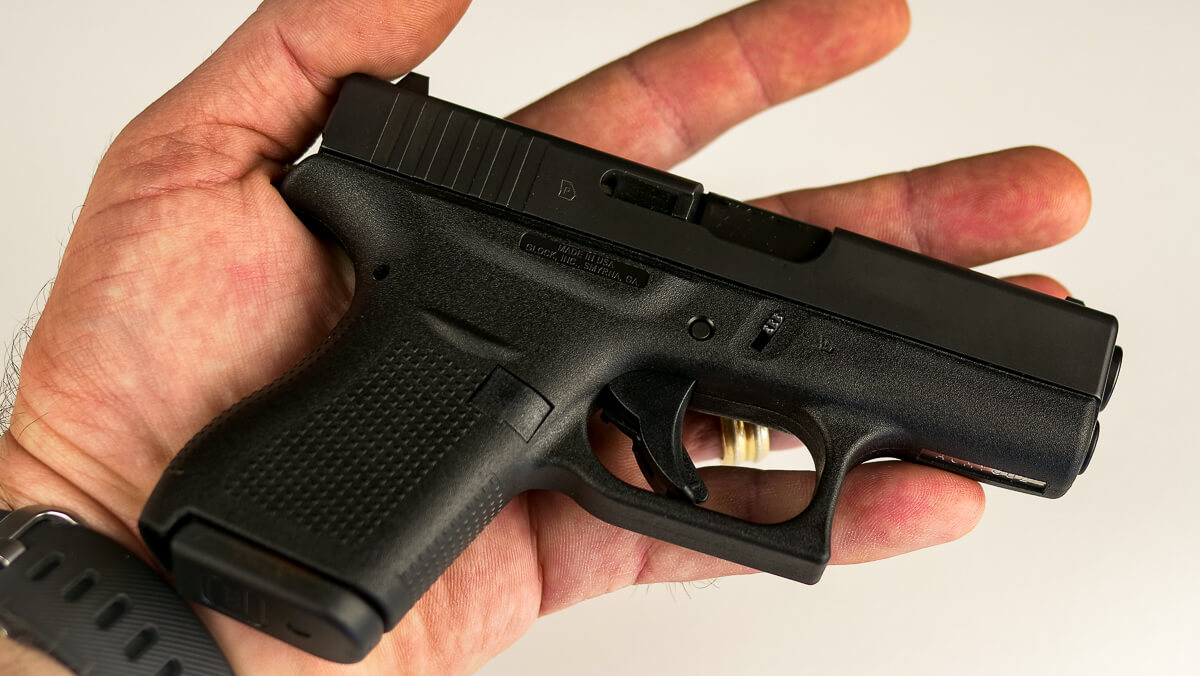 The terminal performance of handgun cartridges isn’t as immediately effective as Hollywood would like us to believe. It’s reasonable to expect that it will take multiple rounds from defensive handgun calibers placed in the high center chest to stop a lethal attack. When we entertain the possibility that we might be facing multiple attackers when we are forced to defend ourselves and our loved ones it becomes clear that capacity should be considered. Three dedicated attackers requiring three rounds each to be stopped might be an outlier, but it isn’t very far to reach. Situations like this are why capacity matters.

When I’m on a road trip, I don’t want to coast into my destination on fumes. It’s even more important to have some fight left in the tank when it comes to an armed defensive encounter. It follows that the capacity of your concealed carry handgun should be an important consideration.

this leads most folks directly to a small concealed carry handgun. It makes sense. One of the most important factors for armed citizens surviving a defensive encounter may very well be having a gun. If a gun needs to be small to be carried comfortably, or at all, then small it is.

Small guns are easier to conceal because of their small size. They tend to protrude less from under cover garments which makes them easier to hide. The small size also provides the advantage of lighter weight which can have a profound impact on the carry-ability of a gun. Lighter guns tend to stay more in place than heavier guns especially when carried with typical and less than optimal belts and holsters.

The shoot-ability of small guns has a training and practice solution and luckily, for some guns, the capacity issue may have a suitable hardware solution: Extended Magazines!

The trend of carrying small guns doesn’t have to define capacity any longer. As manufacturers expand firearms lines and

increase the modularity of their handguns, they provide solutions that can, in the right circumstances, create flexibility in capacity. The easiest and most reliable way to increase capacity of a small gun is with factory extended magazines.

The first time I considered increasing capacity in a smaller gun was with the GLOCK platform. At the time I was carrying a GLOCK 30 chambered in .45 ACP. In training classes I wanted to have more ammunition to keep up with shooters that were running higher capacity .40 and 9mm handguns. The solution was simple: I picked up a handful of GLOCK 21 magazines and used those during training courses. GLOCK 21 mags are identical to GLOCK 30 mags EXCEPT they are longer. The mags hang out of the grip and might look a bit wonky, but they function flawlessly. I soon began to carry GLOCK 21 magazines for reloads as part of my every day carry gear. In certain situations, when it was wearing heavy clothing for example, I would actually carry with the GLOCK 21 mag in the handgun. 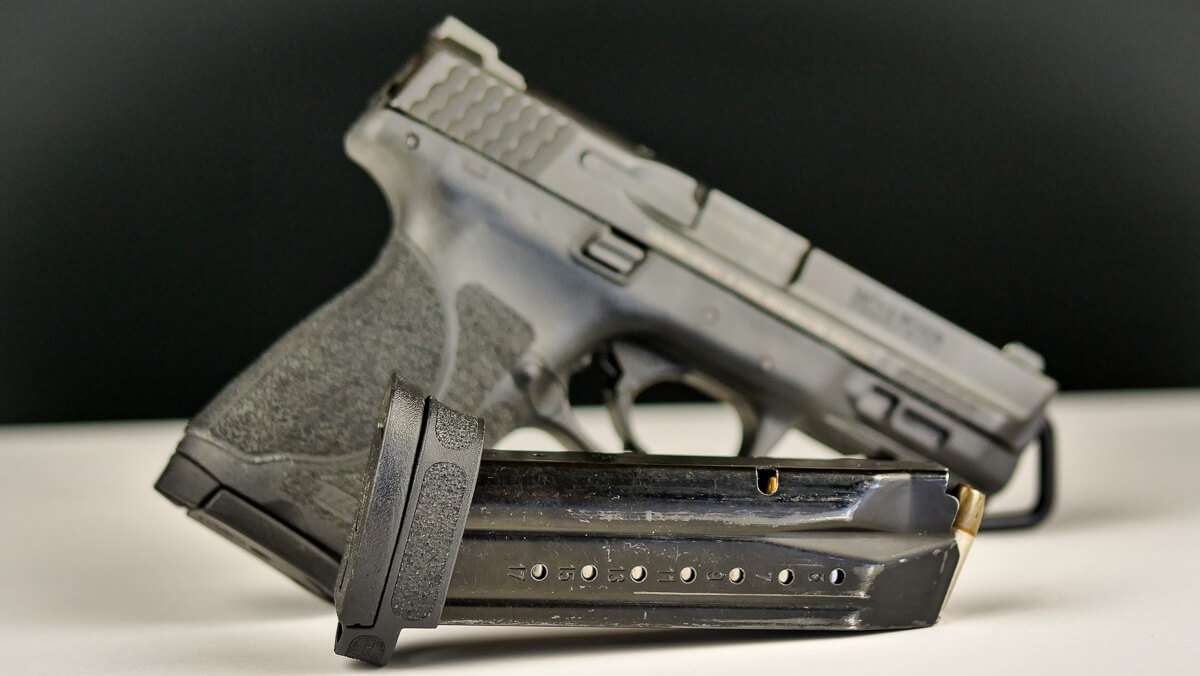 When switching to a 9mm GLOCK, I was able to follow the same protocol with my GLOCK 19 grip length carry gun and a

GLOCK 17 mag. Have a 26? You can apply the same principle with either of the higher capacity GLOCK 17 or 19 mags.

Using a larger capacity OEM mag isn’t exclusive to GLOCKs. It is a principle that works well in the S&W M&P family of guns where a full size 9mm M&P mag fits in a M&P 2.0 Compact 9mm with an adapter sleeve which is included with the Compact handgun.

The Shield from Smith & Wesson takes thing a bit further by including a longer Shield magazine with the handgun despite the fact that the Shield doesn’t have a bigger single stack brother.

XD and XDS family of handguns also have a variety of magazines available for their single and double stack handguns. Springfield includes spacers with it’s XD magazines to fit different grip length handguns. 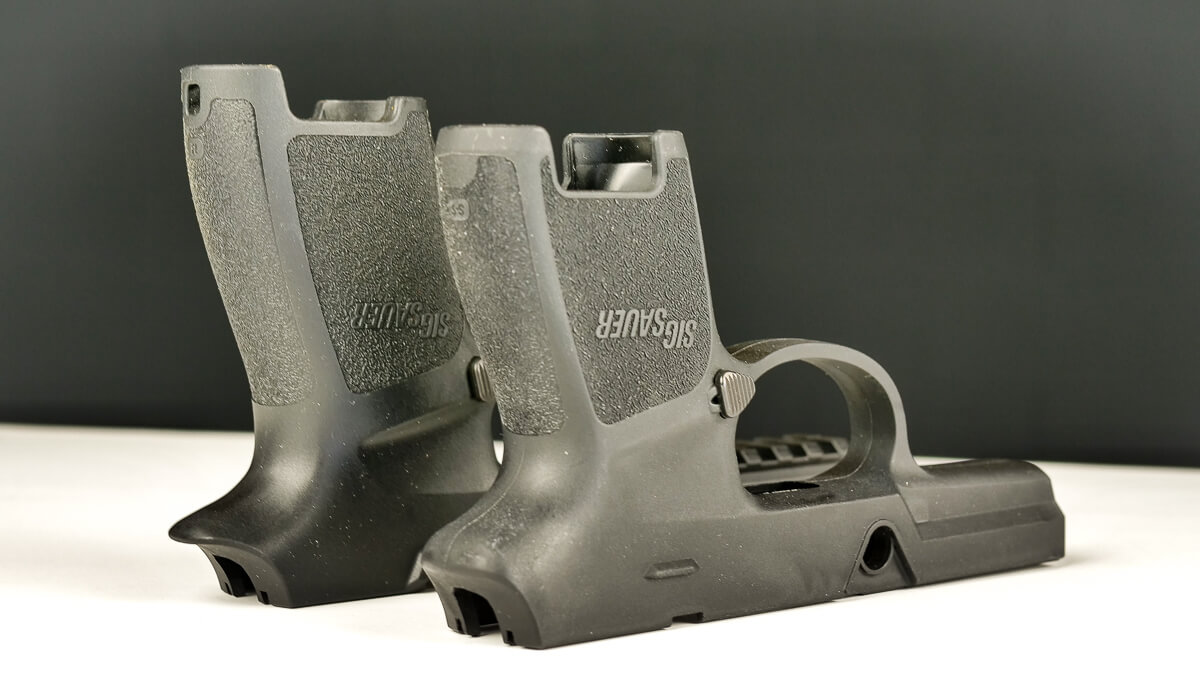 Sig Sauer has taken modularity to  the extreme with the P320. In addition to having the ability to use multiple length magazines, the P320’s modular grip system allows the user to swap the serialized fire control unit from full size frames to

GLOCKs as the sleeves protect from over insertion of extended mags. Over insertion can be a serious issue when reloading at slide lock as the magazine body  can impact the ejector causing it to bend or break and shut down the gun. 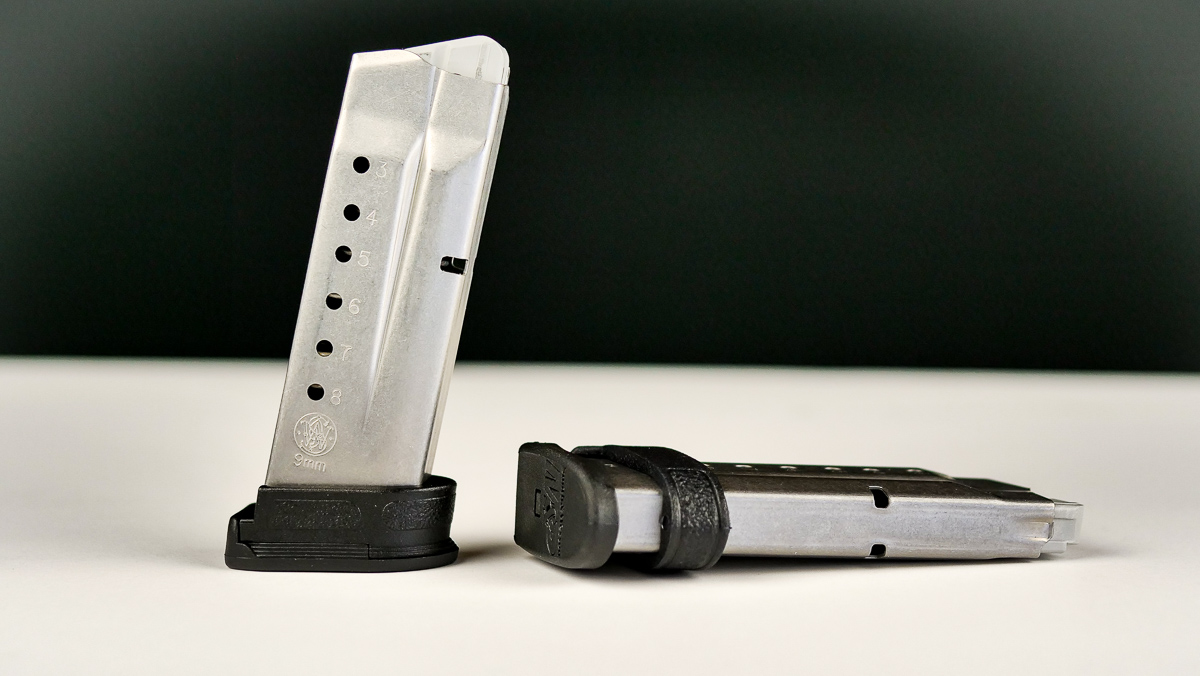 So make sure you incorporate the correct spacers to keep your gun running reliably. The sleeves are important enough that even though their performance isn’t perfect, the need to be used. The good news is that some aftermarket parts that solve the short comings of the sleeves on extended magazines. I recently ran a Shield M&P M2.0 in the Rangemaster Tac-Con Polite Society Match with my MagFIX base pads and sleeves and was very pleased with the performance.

I certainly am not the only person that used this technique to increase capacity and as the selection of firearms continue to expand manufacturers are creating more opportunities to expand your capacity through extended magazines.

At the same time, the realization of the disadvantages of the small handguns has driven creative people to look for solutions to increase the capacity of small guns. Manufacturers have helped to solve this problem through designing magazine compatibility into many families of handguns and smart consumers are using factory extended magazines to deal with capacity issues in small guns.

Take a look at your concealed carry gear and carefully consider capacity. Does your EDC gun have enough capacity to deal with the scenarios that you are likely to face? If not, what action can you take to increase the capacity of your concealed carry handgun. If the circumstances are right, you might consider increasing the capacity of your pistol with a factory extended magazine.