The Beretta Tomcat  — this little flip-up (tilt) barrel semi-auto is a child of the 90s. Is it any good? 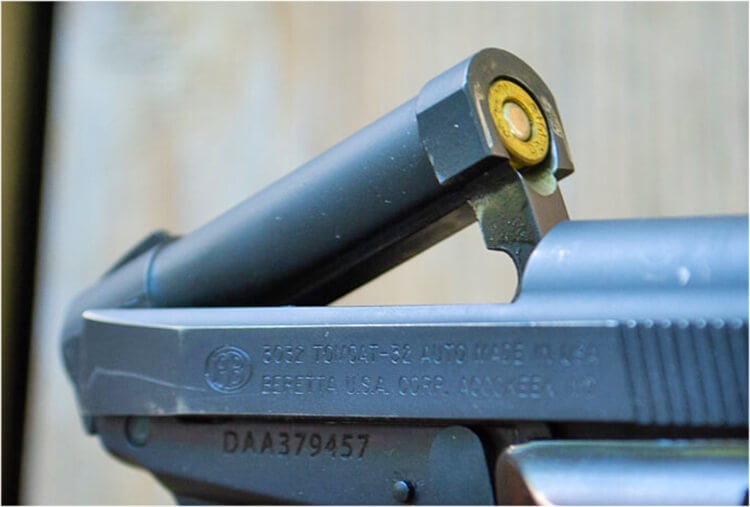 The Beretta 3032 Tomcat is a .32 ACP pocket pistol with a few twists. It’s a double-action/single-action design, so the first trigger press is heavy. After that, the single-action press isn’t too bad at all. The action is straight blowback, possible due to the small caliber chambering. In a cross between the old-school European heel magazine release slide levers and American buttons located up near the trigger, the Tomcat has a button on the side of the left grip panel, but near the base. It won’t win any speed reloading contests without some serious practice.

The Tomcat uses seven-round magazines and when you count the cartridge dropped into the chamber, that’s a total of eight. Simple sights and its 4 ¾-inch overall length make the Tomcat well-suited for a second gun or backup use. It’s great to carry as a last-ditch option in an ankle holster. 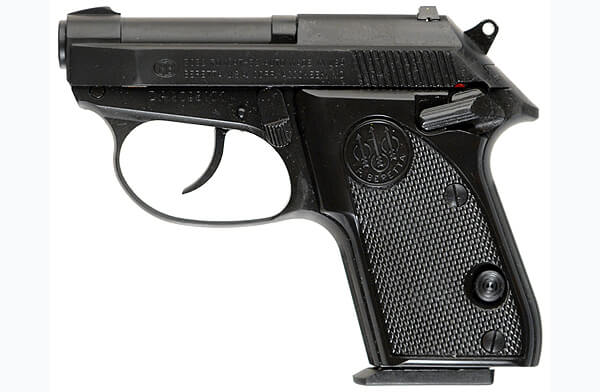 There are two things different about the Beretta Tomcat that make it stand out from the myriad of other tiny pocket pistols on the market.

First is the tilt-barrel design. Small guns have little surface area to grab onto and administrative functions like racking the slide can be a bit of a pain at best or nearly impossible at worst, at least for some users. Unless dealing with a malfunction, there is no need for slide-racking on the Tomcat. In fact, malfunctions like a dud cartridge don’t require a slide rack either. Whether loading or unloading, just flip the left-side frame lever and the barrel pops open from the breech end. The muzzle is hinged so you won’t lose anything. Drop a cartridge into the hole or shake the existing one out. That’s it. To clarify, loading from empty has you inserting a full magazine, opening the barrel, dropping a cartridge in the chamber, and setting the manual safety.

The other unusual feature is the grip. It’s fat, but I mean that in a kind and compassionate way. Many tiny guns require weird hand contortions to operate because they’re too small for those of use with size large or bigger hands. With enough circumference to occupy your thumb and palm area, you get a very natural trigger reach on the Tomcat, so it’s easy to shoot well once you get used to the trigger.

All in all, the Tomcat is a nifty little backup pistol that’s actually fun to shoot.

Look for it in Die Another Day and Smokin’ Aces.