Have you ever wanted a machine gun but can’t afford the high cost? Well, Franklin Armory’s Binary Trigger simulates full auto. The important part to understand is that as of this writing*, this is 100% ATF approved and legal. The BFSIII trigger is Franklin Armory’s latest AR-15 trigger design.

*This article was originally published in August of 2017; cover photo courtesy of Franklin Armory.

The Binary Trigger works by taking advantage of an interpretation of what is considered “semi-auto”. According to the ATF, semi-auto is defined by a single manipulation of the trigger and a single round is fired. Most triggers are what are usually called “pull triggers.” You pull the trigger and that releases the hammer to hit the firing pin which fires the round. While less common, release triggers do exist. They perform in a similar fashion however they only release the hammer when the trigger is released. You see release triggers in competitive shotguns like in Skeet and Trap. The trigger finger uses fewer muscles to release the trigger than it does to pull it. So when a shotgun shooter is ready to shoot some clays, they preload the trigger by pulling it back. They aim and as soon as they release the trigger forward, the shotgun fires.

Everything in the photo above is what you get from Franklin Armory. What is not in the photo is a stiffer buffer spring but you get one as well. The buffer spring is only used in case you experience any issues. The trigger comes with two sets of hammer and trigger springs. This is to help with trigger pull. The safety is ambidextrous with a short and long lever.

The safety works like any ordinary AR-15 trigger. The safe and semi-auto positions are the same that you are accustomed to. It is only when the safety is flipped to the third position, typically the full-auto position does the BFSIII shoot in binary mode.

What is actually happening is an engagement of the sear and hammer. While you are in binary mode you pull and hold the trigger to release the hammer for the first shot. The round fires and the bolt cycles back to reset the hammer. The BFSIII trigger has a second sear engagement that holds the hammer back and when you let the trigger move forward, it releases the hammer again and fires the second round.

At first glance, the BFSIII trigger looks very similar to an AR-15 trigger. But there are some subtle differences.

Below you can see the BFSIII on the left. The disconnector is actually two halves.

The installation of the BFSIII is similar to installing a standard AR-15 trigger. There is one step that requires a little more attention than usual. When installing the BFSIII trigger pin you need to pay attention.  There is a small spring that runs along inside the disconnector. This spring is held in tension by the trigger pin. Without the pin, it encroaches into the trigger pinhole. The BFSIII trigger comes with a slave dummy pin installed in the trigger that keeps that spring in place. All you need to do is install the real trigger pin. Here are some tips to make it easier.

I used a Geissele Trigger Pin tool to help me install the trigger and trigger pin. 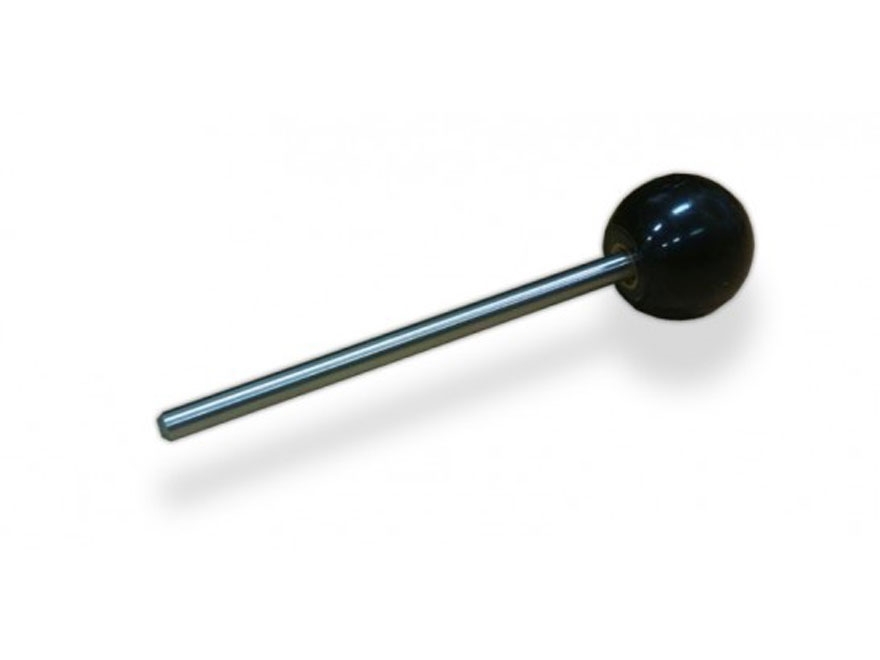 The tricky part is when you are driving pins out and in through the trigger pinhole.  Go slow. If you don’t push the slave pin or the punch out smoothly, the spring will shoot forward and get in your way. If you continue to push out the pin or punch you can pinch the small spring. Should that happen, you will need a small tool like a dental pick or a thin Allen wrench to help push the spring out of the way as you push the Geissele tool or trigger pin through.

The Geissele Tool helps by keeping the trigger assembly aligned with the lower receiver so you can install the trigger pin easier.  If you manage to mess up and pinch the small disconnector spring, you can easily replace it. The spring is actually a cut down AR15 detent spring – though depending on your comfort level making field-expedient mods, you might be better served contacting Franklin Armory for a replacement. Installation of the hammer is the same as any other AR15 hammer.

Fostech makes a similar trigger system called the Echo Trigger. The major difference between the BFSIII trigger and the Echo trigger is that the Echo requires a proprietary bolt carrier group. The benefit to the proprietary bolt carrier group is that you cannot outrun the trigger. This is a common problem with the BFSIII. When you go too fast, the hammer does not reset properly and you have a malfunction.

Another competitor to simulated full auto is the bump fire stocks like Slide Fire. They work by using the recoil of the gun to push the firearm back while you push the firearm forward. This results in the trigger being pushed into your finger and firing the gun. They work but require a certain finesse to get them to work reliably. The amount of forward pressure is crucial. Push forward to much and the recoil will not push the gun back to reset the trigger and hammer.  I tried using one on my .22lr rifle and AR15 but could not get it to cycle continually.

You could also look into the hand cranks that pull the trigger as you rotate the crank. These require a little finesse in installation to get the right sweet spot so that it pulls the trigger and releases it so that the hammer resets properly.

Now For Some Rapid Fire

Here is a video of the BFSIII in an AR lower with a Wolf A1 piston-driven upper. I used a Magpul D60 drum mag and a Surefire 100 round mag provided by Gun Mag Warehouse. Both filled with 60 rounds of 5.56×45. I shot the D60 suppressed and the Surefire unsuppressed.

Since the BFSIII does not require a proprietary BCG, you can use your BFSIII installed lower with any compatible upper receiver.

Here is a video of an AR57 upper on a pistol lower with the BFSIII trigger installed.

Shooting an AR-15 in Binary mode is fun. But what if you pull the trigger in binary mode but do not want to let the second round fire? You simply flip the safety back to semi-auto or safe.

The most fun is putting it in my M&P15-22. You do need to modify the lower a bit so the binary safety works. Don’t worry this modification will not compromise the safety of the gun. The M&P15-22 polymer lower has a safety lever stop that protrudes out the side. This physically stops the safety lever from moving past 90 degrees. You just need to shave this plastic bump off and the BFSIII safety will work.

While a .22LR rifle is fun in binary mode, I also installed the BFSIII trigger into an MPX. The MPX has a spotted record with aftermarket triggers but according to Franklin Armory, they modified and designed the BFSIII to work in the MPX.

So how does the BFSIII compare to a legitimate machine gun? Here is an MPX by Parker Mountain Machine that was modified into a select-fire weapon.

Here is a comparison to a transferable Mac11 vs my MPX with BFSIII trigger. 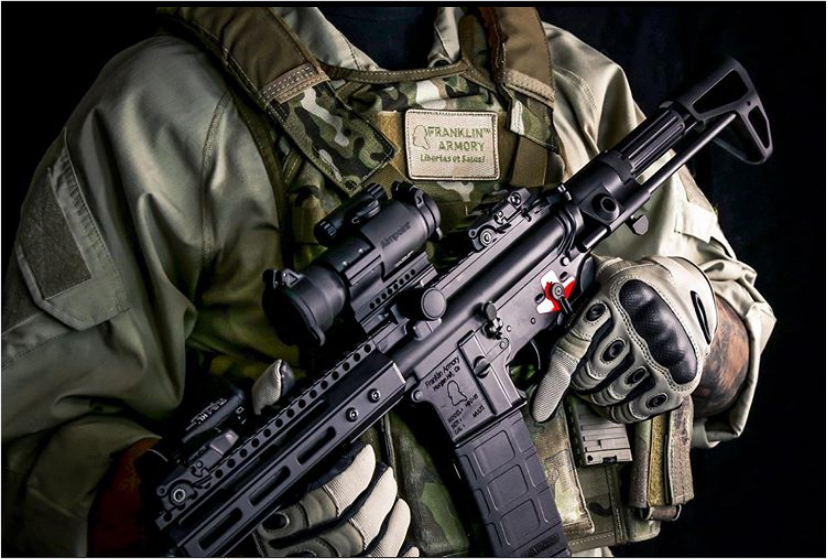