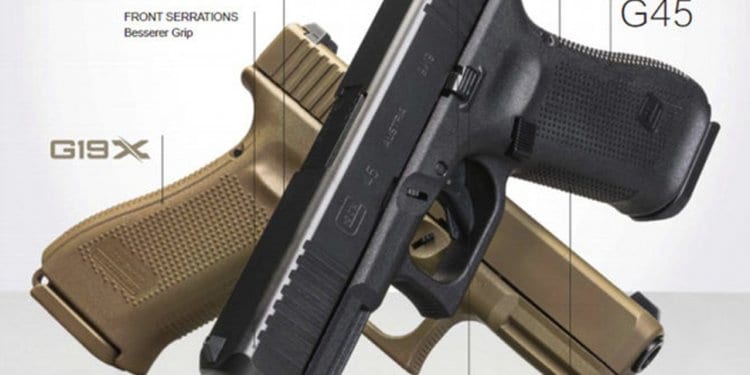 Glock just announced a new pistol in their line up.  The G19X has been one of the most successful and popular guns they have made. Glock has sold over a hundred thousand G19X pistols within a short period of time.  I have one and it is much more fun to shoot than my full size Glock 17. It doesn’t make sense to me but I feel it when I shoot it. Well their new pistol is a black version of the G19X, sort of. 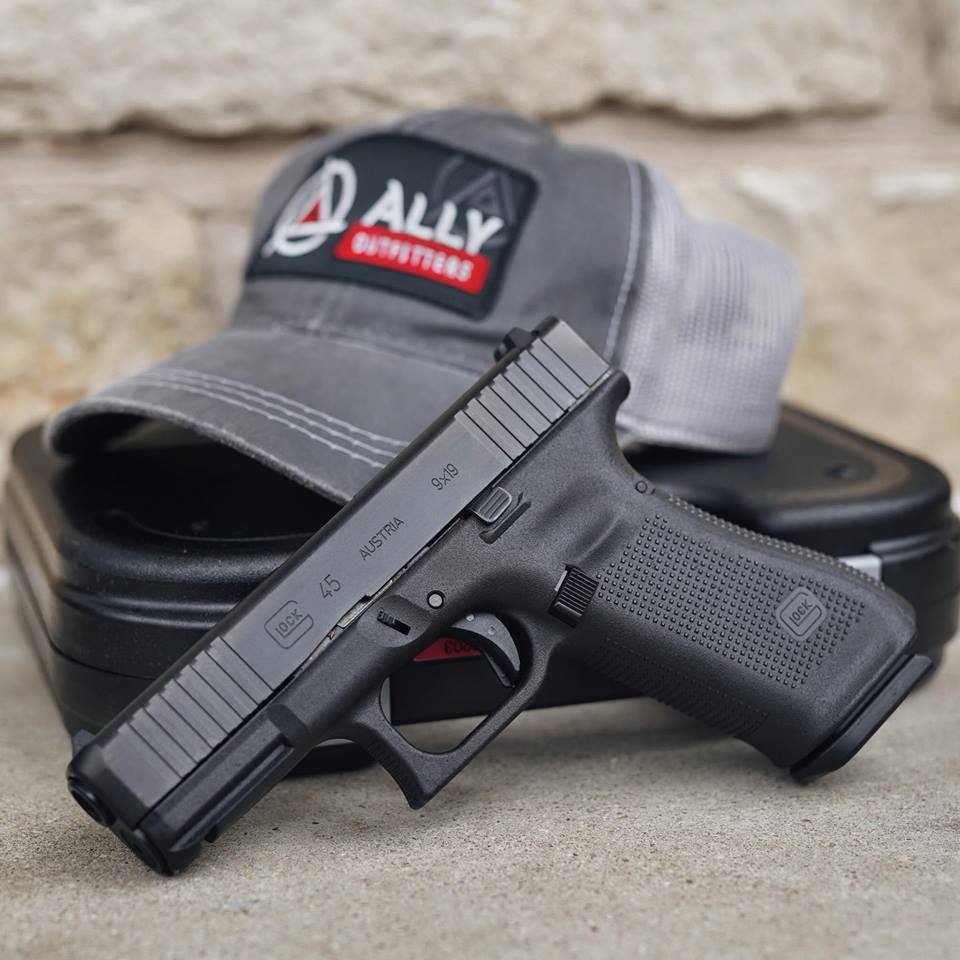 At first glance, the Glock 45 resembles a black G19X. It is a Glock 19 sized slide and barrel. The frame is sized like a G19 but the grip is long like the 19X. However there are some subtle differences. The G19X has a grip plug that acts as a lanyard loop, which the G45 does not. The bottom of the front strap of the G19X has a lip that drops down in front of the magazine base plate. The Glock 45 does not have this nor does it have the half moon finger cut in the grip found on Gen5 Glocks. 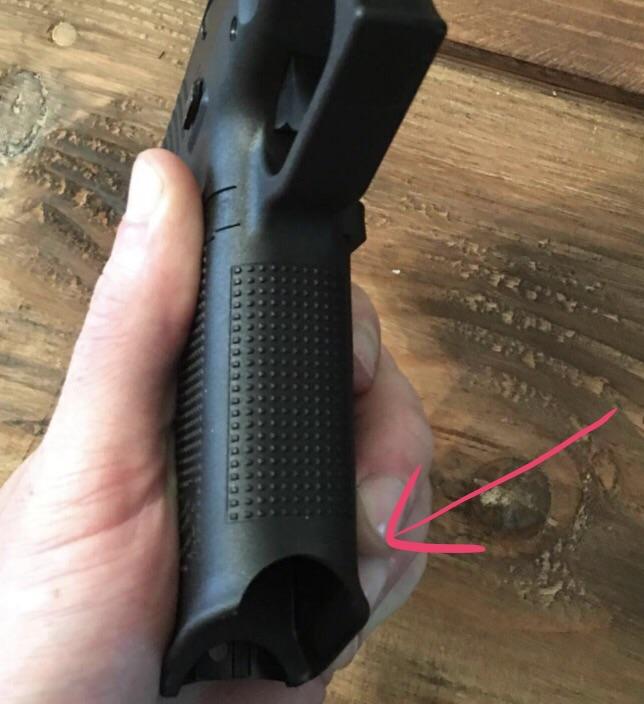 Go back up to the slide, you can see the G45 has front slide serrations. Something they were doing earlier this year with their run of Glock 17 Gen 4 FS. 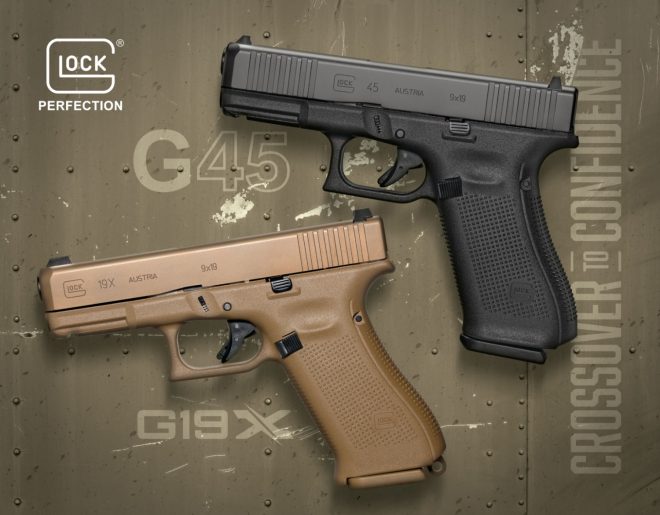 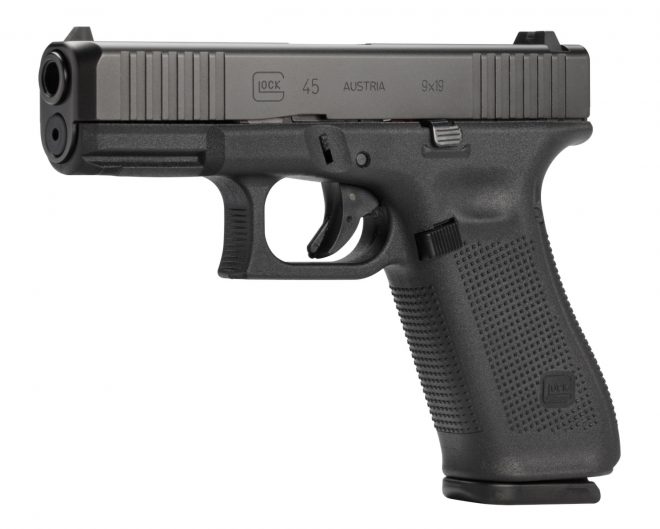 Looking at the photo below, you can see the G45 has the same ambidextrous slide release 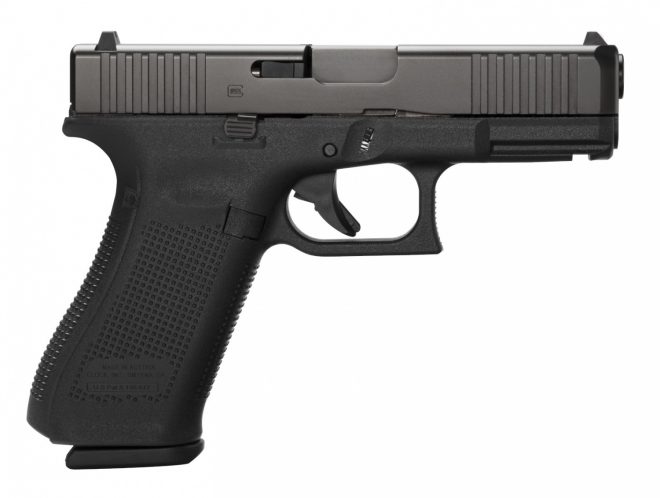 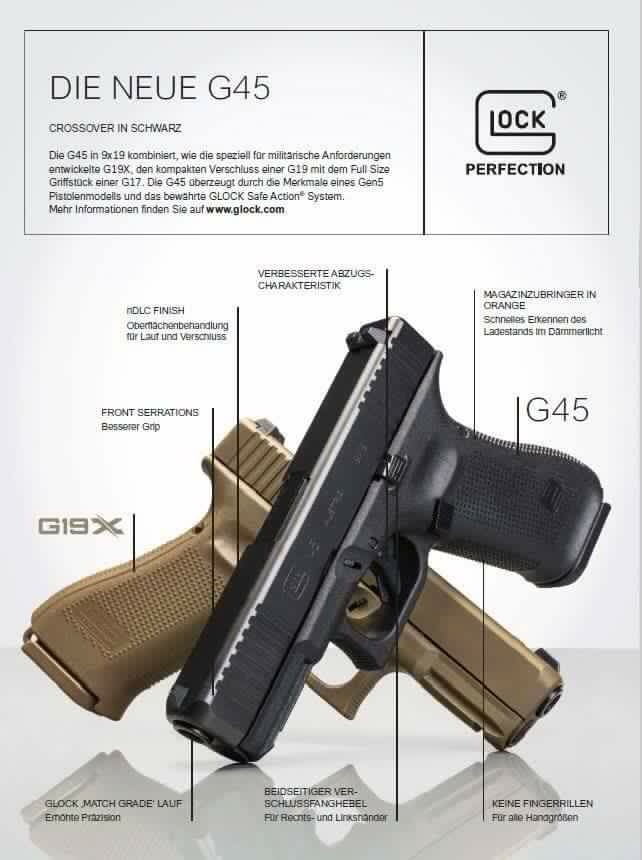 I am not sure if it will come with magazines similar to the G19X. For those who don’t have a G19X, they come with two 17 rd mags with +2 rd extensions and a regular 17 rd magazine. In the scanned image above, Glock will include the bright orange followers. It looks like the G45 will have the old plastic sights whereas the G19X came with metal tritium sights. According to Ally Outfitters the Glock 45 has an official release date of October 5. No word on price.