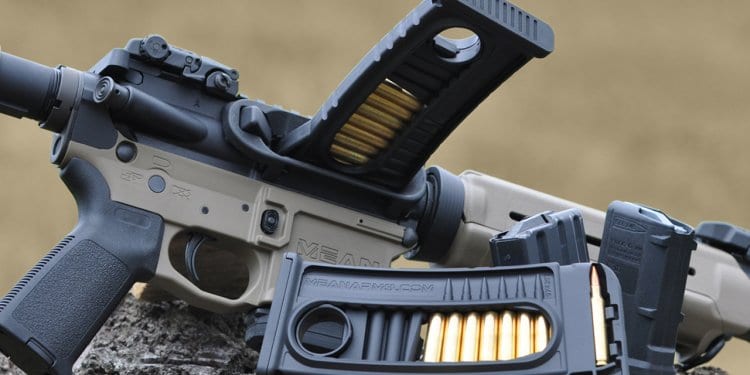 For those who live in restricted states, you have limited options if you do not want to register your AR-15. Those of us in California and New York State have to jump through ridiculous hurdles to keep and bear arms. While some think moving out of the state is the answer, that is not the case for many.

Reloading Through The Ejection Port

So you optioned to have a fixed magazine in your AR-15. Great, so how do you reload the magazine if you cannot drop the magazine? Some companies have come up with workarounds that involve partially disassembling the upper receiver which then frees a maglock so you can remove the magazine. The problem with this is that your bolt has to be dropped before you can open the upper receiver. So the other way is to reload through the ejection port.

As you can see in the images above and below, there is a large circular loop that you use to push the rounds into the magazine. 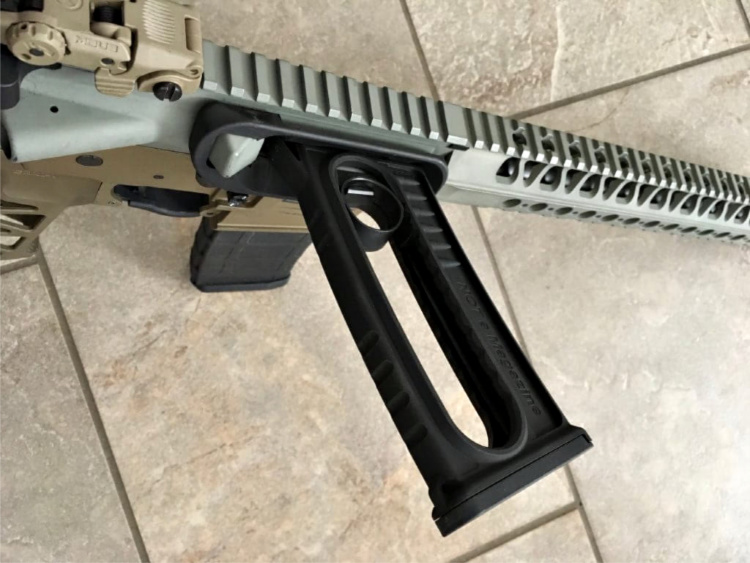 Using the MA Loader is a little bit awkward but with practice, you should be able to be proficient with it. It does require a different manual of arms to reload the AR-15.  If you are a right-handed shooter, you shoot until your magazine is empty and the bolt locks back. Using your firing hand, you grab a loaded MA Loader and insert it into the ejection port. Using your thumb, insert it into the thumb hole loop and push towards the rifle. There is a considerable amount of resistance so you need to push hard and fast.

One feature I like about the MA Loader is that once you successfully reload your magazine and remove the MA loader it automatically releases the bolt, and thus — a round is chambered. 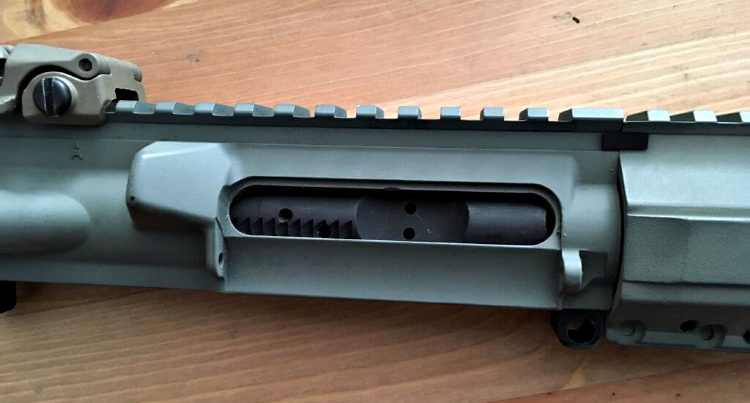 The factory installed dust cover has been removed.

Here, the MA Feed Ramp has been installed.

I had some slight issues with the MA Feed Ramp. It does not work with all upper receivers. While it looks like it could fit my Salient Arms International billet upper, the shape of the brass deflector just does not allow the Feed Ramp to sit all the way down and interface with the dust cover pinholes. 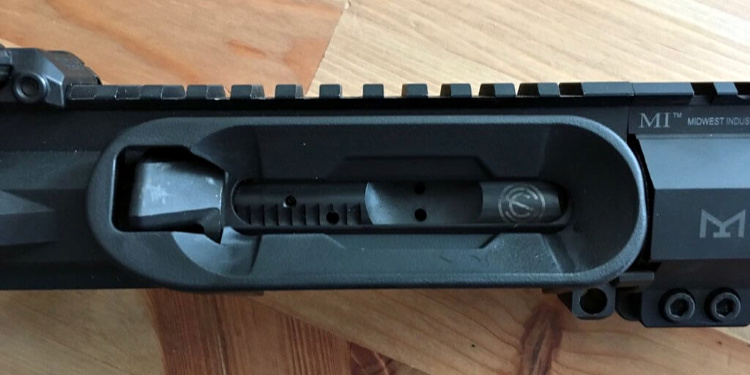 The Feed Ramp has two protrusions on the back and you will need to trim them to customize the Feed Ramp to fit your upper receiver. There are two roll pins and once the holes in the Feed Ramp line up with the dust cover pinholes in the receiver, you just use a pair of pliers to push the pins in. The pins are a little bit long so they won’t sit flush with the Feed Ramp but this allows you to pull them out if you want to remove the Feed Ramp.

It is not a big deal if the Feed Ramp doesn’t fit your upper receiver. The Feed Ramp is not required to use the MA Loader. It just makes it easier to insert the loader through the ejection port, like how a flared magwell makes reloads easier and faster.

So while the MA Loader helps you reload a fixed magazine, there is something you need to be aware of. How do you solve malfunctions?

When I first tried the MA Loader with live rounds, I experienced a double feed. Think about that. I have two rounds trying to get into the chamber at the same time.  Now normally if you have a double feed you would first identify the malfunction, then lock the bolt back and remove the magazine. Then if the rounds are still stuck in there you can fish them out. See the problem with that method? You have a fixed magazine.

So how do you drop the magazine? You can’t even open the upper receiver since the bolt carrier group is partially in between the upper receiver and buffer tube. One way to solve this problem is to use a Magpul PMAG 10 rd magazine. You can easily remove the base plate and thus pull the spring, follower, and rounds out of the magazine. Now you can clear the two rounds and let them fall down through the empty magazine.  It is not an ideal scenario and you are better off switching to a secondary firearm if you need to return fire. 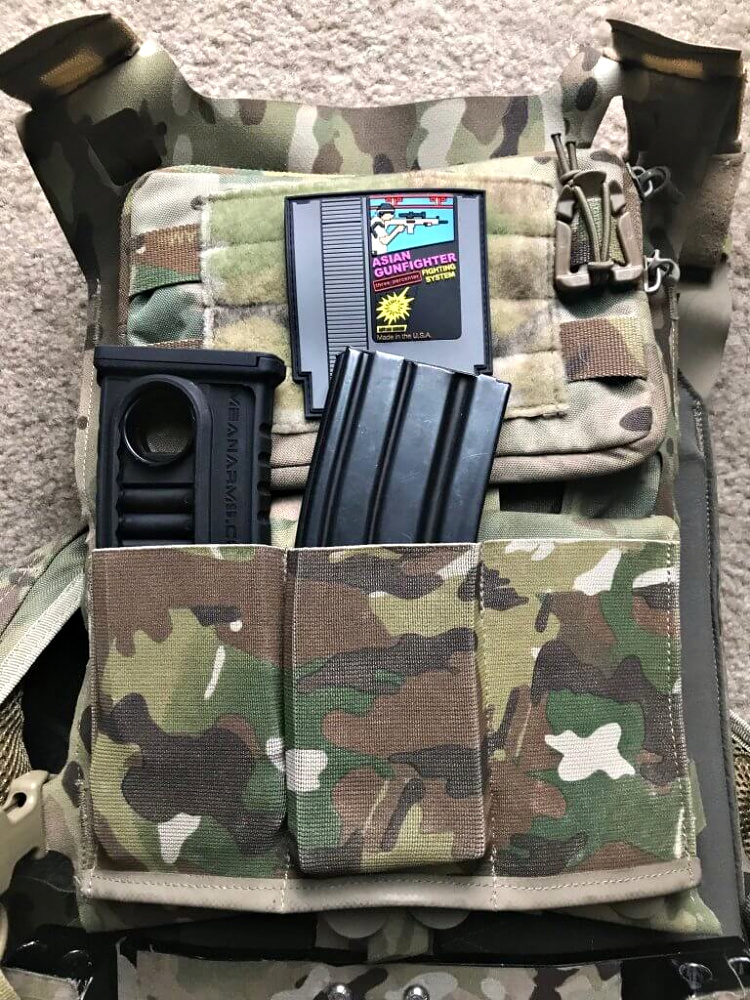 In the photo above you can see the mag pouch is made of elastic. These work with HSGI taco pouches as well. They won’t work in fixed mag pouches like Kydex mag pouches.

The MA Loaders are $29.99 MSRP and can be used with almost any standard AR magazine ten rounds or higher.  While it is not as efficient as a normal magazine reload, it is a viable option for people who want to continue enjoying their AR-15s and not have to register them with the state.