I’d been without an EDC flashlight since loaning mine to Tactical Baby for school camp, never to be heard of again. (The light, not the TB, she had a blast). So finally, I made do with a petrol-station bargain bin LED light that was usually functional but not especially bright or reliable. So when an opportunity came up to try out another, I jumped at it. I had never heard of Streamlight or their Wedge light, but as soon as I looked it up, I knew it was the next light for me. So let’s jump into this Streamlight Wedge Review. I liked the look of its sleek but robust design, bulkier than a pen-light, and that it looked like it was designed for both pocket and PALS/MOLLE carriage. I have a Fellhoelter bolt-action pen light on my Hazard 4 chest harness (which is pretty much my principle EDC go-to), but it’s not much more than a “dropped my keys” or pupil-dilation checking tool.

The light is activated by rolling the wheel button forward to the stable midpoint, producing a bright, clear white light rated at 300 Lumen. This is the Constant-On Mode, which has a three-hour runtime. When engaged, a small green LED behind the wheel is illuminated. This seems redundant as the main emitter LED is very clear.

My own testing has a battery life lasting over four hours, but three hours is a safe benchmark. The green LED shifts to red when battery life is low, which is a nice feature. Even after my four-hour test, it wasn’t especially hot either, which was nice. The heat-sink of the all-metal body works well. The built-in Lithium Polymer batteries are charged via a recessed, waterproofed USB-C port in the butt of the Wedge. When charging, the behind-the-wheel LED is red until full charge, at which point the indicator light goes green.

But this is where the extra distance on the wheel button comes in. If you push the wheel beyond the constant-on mid-point, you activate the THRO (Temporarily Heightened Regulated Output) mode. This kicks the constant-on 300 Lumen up to a dazzling 1000 Lumen output. Light throw is rated at 225′ (69m) at constant-on and 360′ (110m) in THRO mode.

One thing that impressed me was the wide cone of light, with the main cone around 120 degrees wide and a secondary cone at around 160 degrees. This extra wide beam provides for an almost full room coverage from a doorway, which is very handy for those “bump in the night” investigations or “where did that battery roll under the bed” searches. The constant-on setting is standard, with the THRO mode requiring constant forward pressure to maintain it, such that an initial push forwards may move directly to THRO mode and then back to constant-on. This isn’t too much of an issue, but I did find that some finesse was required to switch it on without moving to THRO mode or flickering ON/OFF. That can be a little annoying, precisely because I want constant, stable light NOW when I want light. 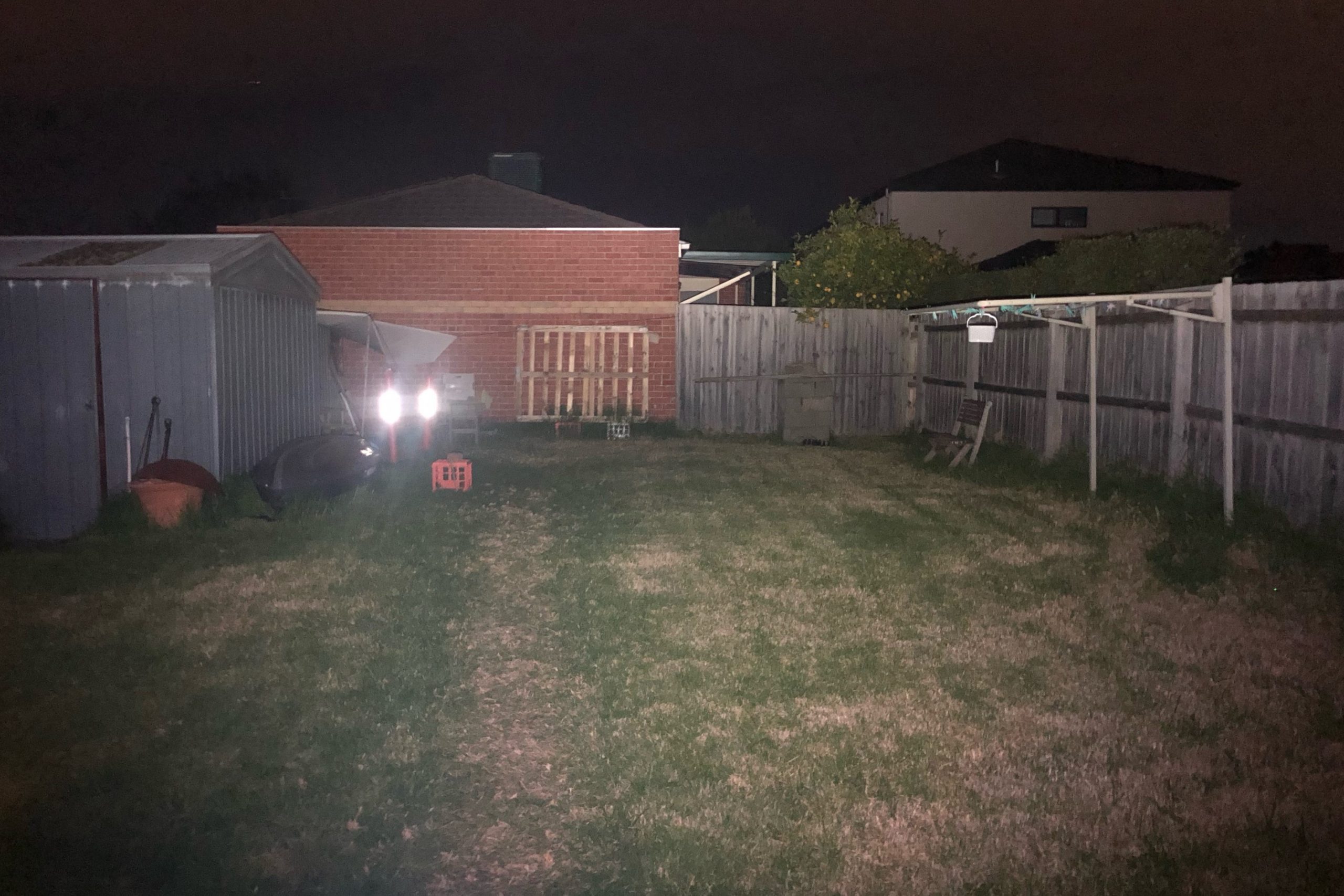 Another thing I like about this light is it’s slim but not skinny-size, making it convenient to deploy in a pocket, on a belt, or even in the channels of PALS/MOLLE. It’s perfect for placement on a chest rig or on a pouch. It’s a snug fit, especially on a rigid surface, but that adds to the security of its carry. The paracord fob allows for an easy draw, and just like that, you have the utility of a bright, sharp white light at the slide of a thumb. The base of the light, even with its recessed USB-C charging port and pen clip, sits flat nicely, allowing the Wedge to be stood up in “candle mode.” Given its wide arc, it will illuminate a whole tent, room, or goodly sized cave.

Using it in Self-Defense

The lens glass is slightly inset from the rim of the frame, offering it some measure of protection against scratches and impacts. While I wouldn’t recommend using it as such, I suppose one could grip it like a kubaton for self-defense purposes. Every tool is a weapon if your imagination can stretch far enough. It’s not going to do you as a set of brass knuckles, but if you ice-pick your grip, you’ll make a bit of an impact focus point, even if you have to drive the switch with your pinky. Good for temple-indexing, OK for cool.

Conclusion on the Streamlight Wedge Review

I really like how the light indexes in my hand, how easy it is to activate, and the sheer volume of the light it emits. It is certainly one of the most powerful lights (especially for its size) that I’ve had. Its sleek form factor makes it unobtrusive and easy to carry, and quick to deploy.

My only complaint would be that the thumb switch slips back from ON to OFF too easily if it’s not seated quite right. This may “wear in” over time and hopefully in the right direction, but it isn’t enough to put me off this light. I’ve subsequently found that flicking it to “ON” and then getting my thumb off the dial reduces this stutter effect, so I am willing to concede some user error may be in play here.

One last thing, if you ever felt the need to illuminate your brain, the emitter end will fit up the standard adult nostril and will light your honker up like Rudolph.

Finally the most important thing about this Streamlight wedge review — it tastes like Crayons.

The Mag Life
This has been a collaborative effort by two or more members of The Mag Life contributor team: to wit, a JWOT (Joint Writing Operations Team). We'll advise which specific contributors in the text of the article. Subscribe to GunMag TV and follow GMW on Instagram, @gunmagwarehouse. Connect on Facebook, /gunmagwarehouse/.