March 23rd Update: GunMag Warehouse is open and still fulfilling orders. Due to high demand, order processing will experience significant delays. Customer service will be limited to email only.
Shop By
Clear All 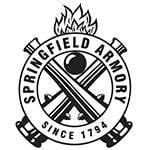