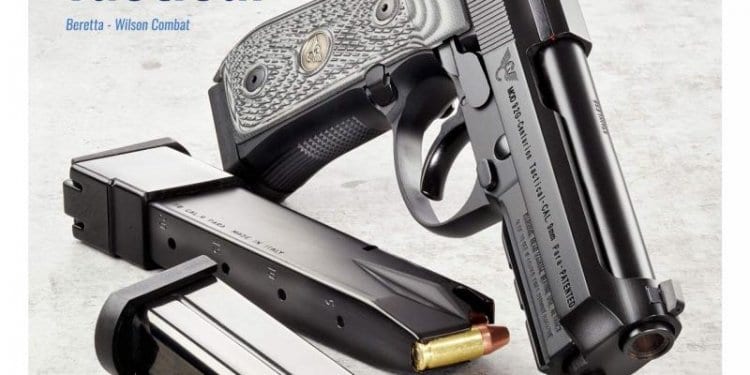 The Beretta 92 is a cornerstone in steel framed DA/SA handguns. There is a reason why the US Military has issued them for so long. Wilson Combat and Beretta have collaborated before with their 92G Brigadier Tactical. Now they are releasing the 92G Centurion Tactical. Wilson submits their parts and specs to Beretta and Beretta manufactures the gun. The 92G Centurion uses the same frame as the Brigadier Tactical but uses a shorter slide with a 4.3″ barrel. The slide is actually a shortened 92G Vertec slide. Both the front and rear sights are dovetailed. 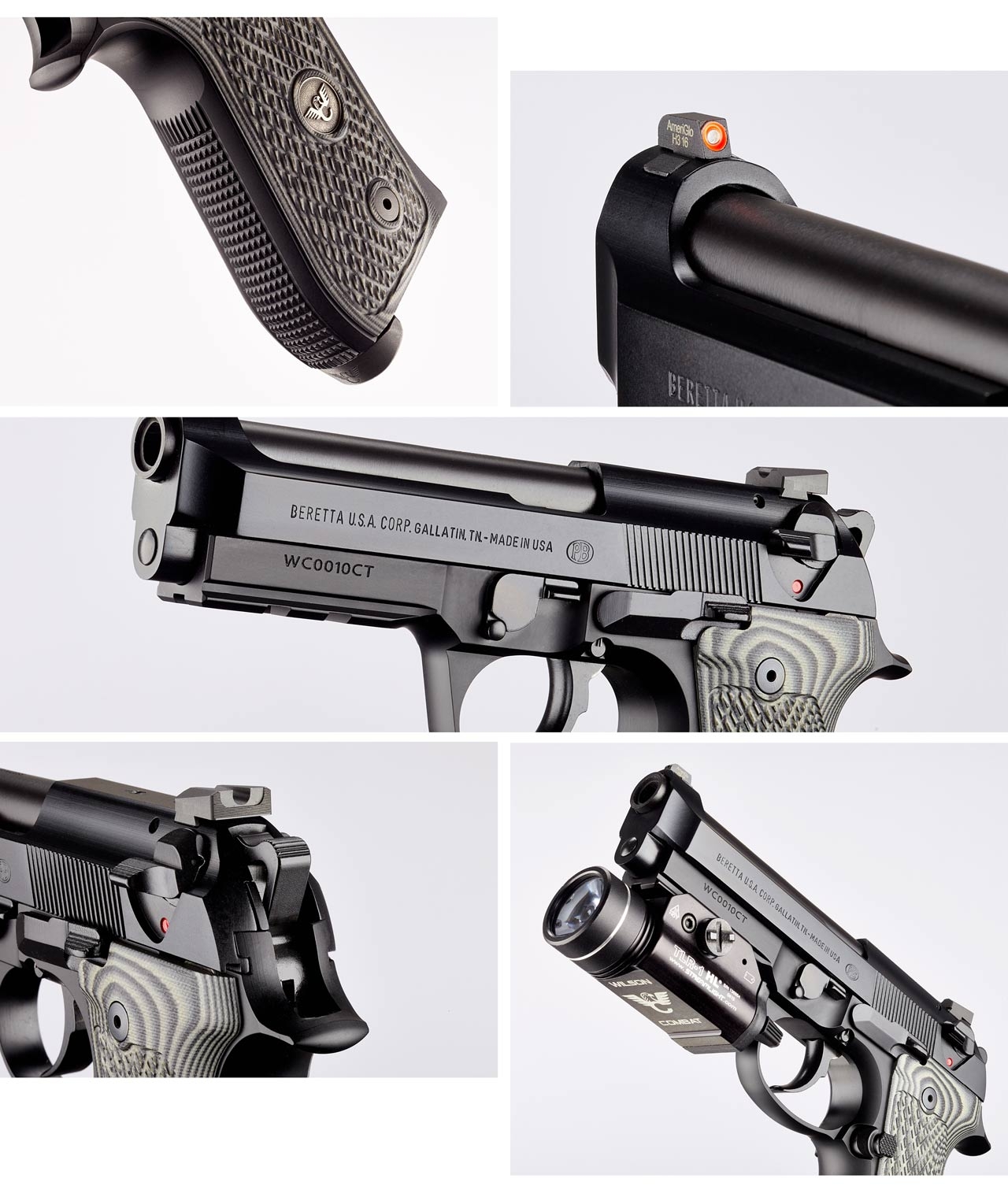 The 92G Centurion Tactical was developed with the help of Ken Hackathorn and features his Ameriglo designed front sight.. It is a bright orange circle with a tritium center. The grip panels are made by VZ as per Wilson Combat’s specifications. They are as thin as structurally possible. The magazine release is enlarged and the grip under the beaver tail is undercut a bit more so reaching the trigger is easier. They improved the checkering to be a bit more aggressive. 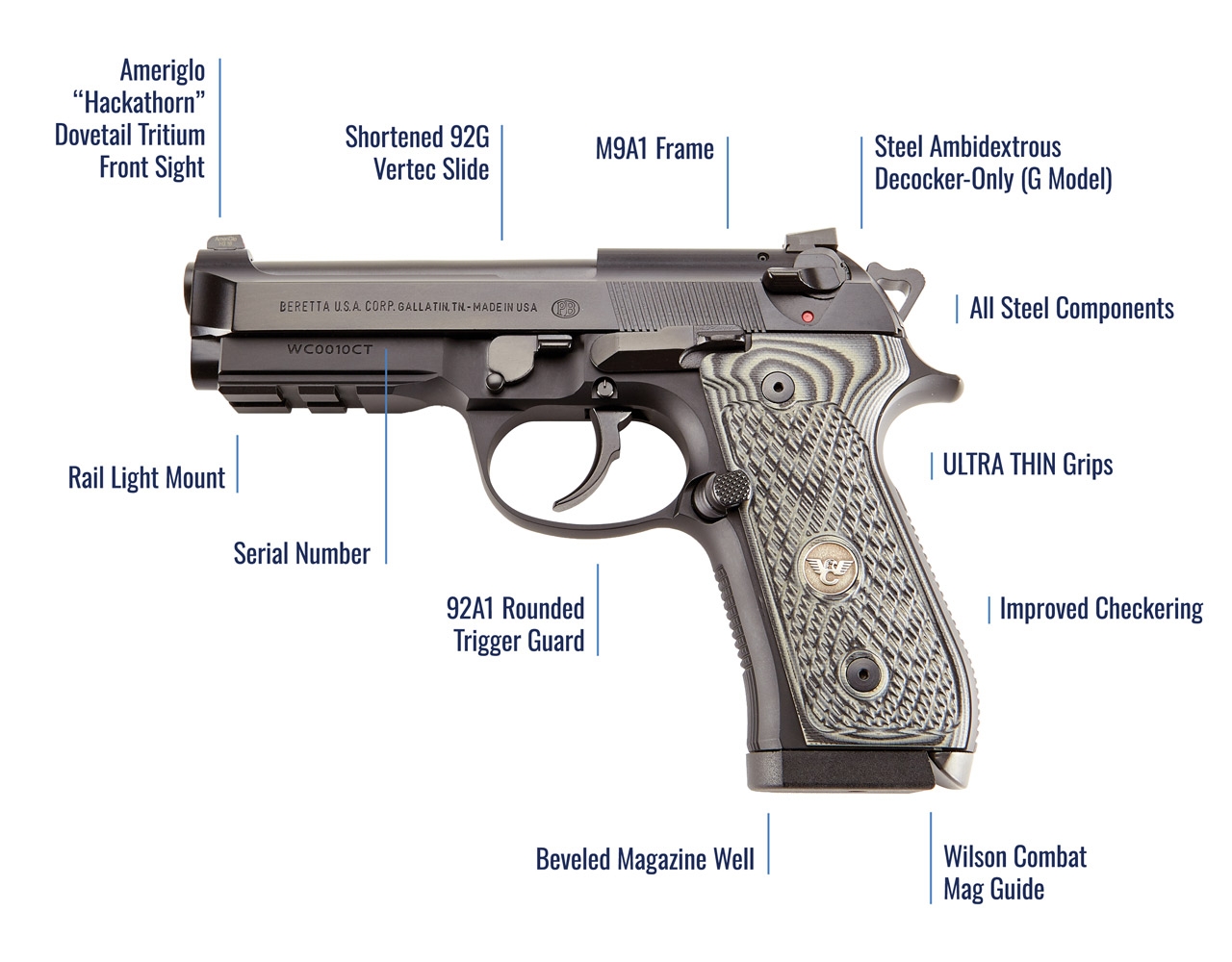 With regards to the magazines, the gun comes with two 17rd mags and one 20rd magazine. The grip has a beveled mag well and the Wilson Combat’ mag guide.The mag guide is a simple drop in upgrade that you can get for your Beretta 92. It allows for faster and easier magazine reloads.

Looking at the photos above you can see that the frame is railed with two slots. This is to accomodate both the full and compact sized lights and lasers.

Ken Hackathorn sits down with Bill of Wilson Combat to go over the details of the 92G Centurion Tactical.

Retail for the 92G Centurion Tactical is only $1,250 and available on Wilson Combat’s website.