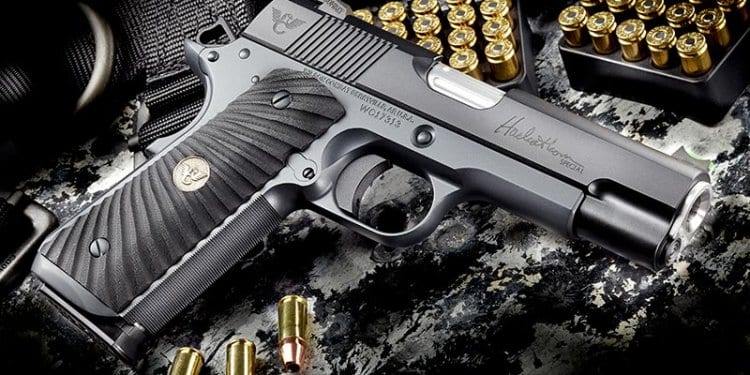 One of the best high end 1911 makers today is Wilson Combat. The company’s latest handgun offering comes as a collaboration with long time trainer Ken Hackathorn. The resulting pistol is called The Hackathorn Special Commander.

According to Wilson Combat, the pistol was built for concealed carry and influenced by the “decades of practical experience” and the “vast collection of custom handguns” of Hackathorn. 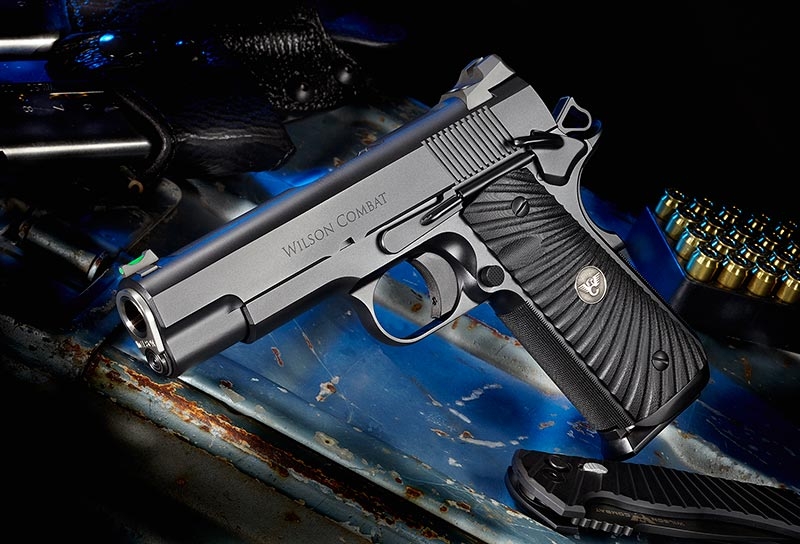 The Hackathorn Special Commander is a Commander sized pistol that uses a match grade 4.25” bushing barrel with a flush cut, reverse crown. It has a fluted chamber. 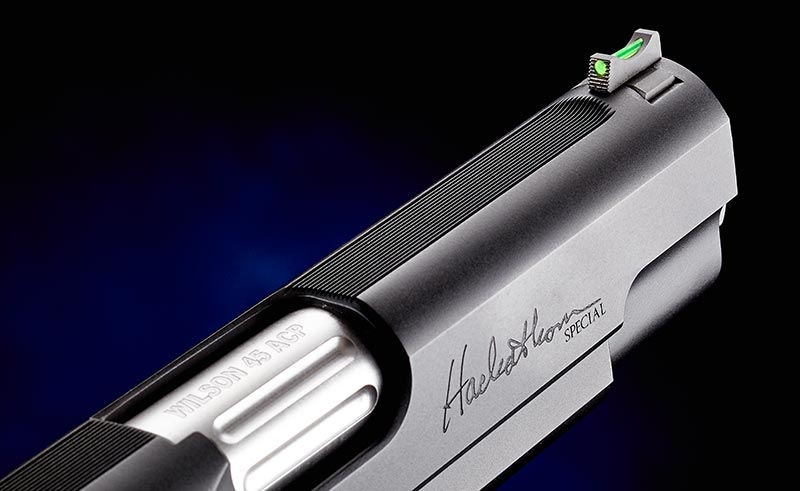 As with most 1911 style handguns, this pistol is made to chamber the .45 ACP cartridge. However, you can order a The Hackathorn Special Commander that will chamber the 9mm cartridge instead. Since this pistol uses a full-size frame, standard 1911 magazines should work fine in this gun.

Wilson Combat stands behind the accuracy of this pistol with a guarantee of a 1.5” group at 25 yards with premium ammunition. 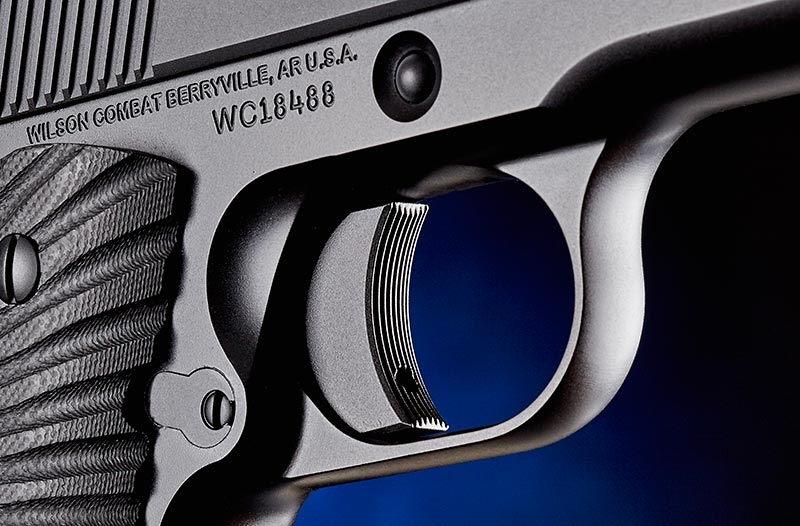 Like all of the Wilson Combat guns, this one looks as good as it shoots. Many people feel the finishing and attention to detail on guns from Wilson Combat is on par with any of the top gun artisans today. The company uses ball endmill cuts, 30 LPI slide top serrations and a 30 LPI checkered front strap to help give this gun a finely detailed look. The gun even has an engraving of Hackathorn’s signature on the slide of the pistol. 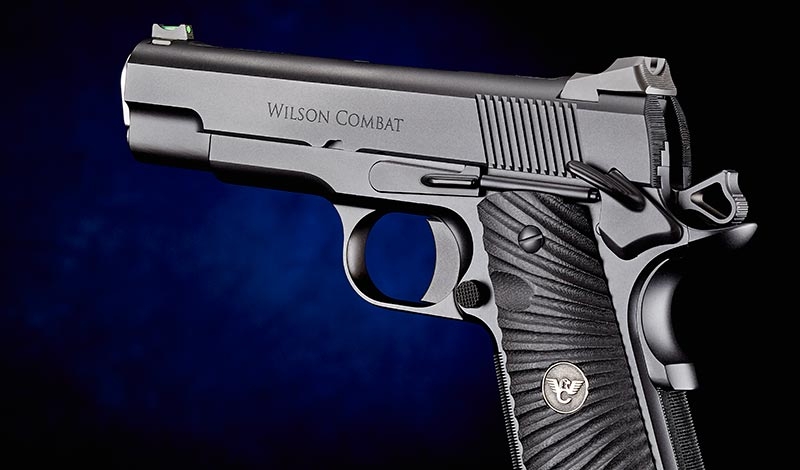 Such craftsmanship does not come cheaply, though. This gun has a base price of $3,750 in .45 ACP. Adding some of the features seen in the photos in this article or changing calibers to 9mm can increase the price. However, unlike some of the other Wilson Combat guns, The Hackathorn Special Commander has few customizable aspects. This is because the selection of parts on this gun were made by Hackathorn and Wilson Combat wants to preserve his input in this model.