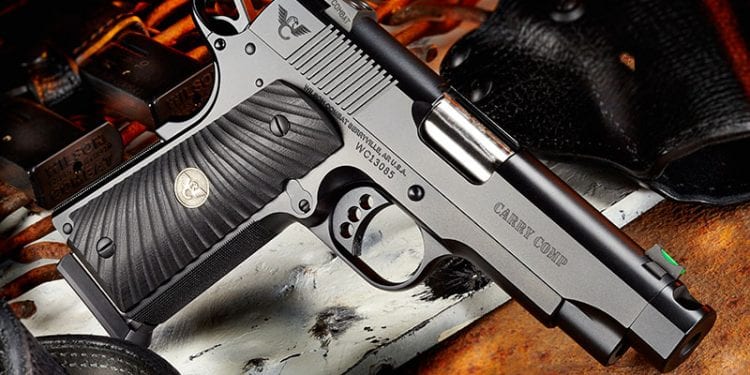 Premier gun builder Wilson Combat announced it was now building a new 1911 style pistol for its customers. The new gun, called the Carry Comp Professional, has a built in compensator to reduce muzzle flip and felt recoil.

Wilson Combat states that the new pistol can trace its origins back to the 1980s and the company’s ACCU-COMP pistol. The ACCU-COMP was a competition pistol that offered shooters exceptional accuracy and modest recoil. These things are obviously great for competition shooters, but the company recognized that they are also desirable traits for a defensive handgun.

Building on the success of the ACCU-COMP, Wilson Combat introduced the Carry Comp. This gun was a defensive minded pistol that served as a bridge between the ACCU-COMP and the brand new Carry Comp Professional. 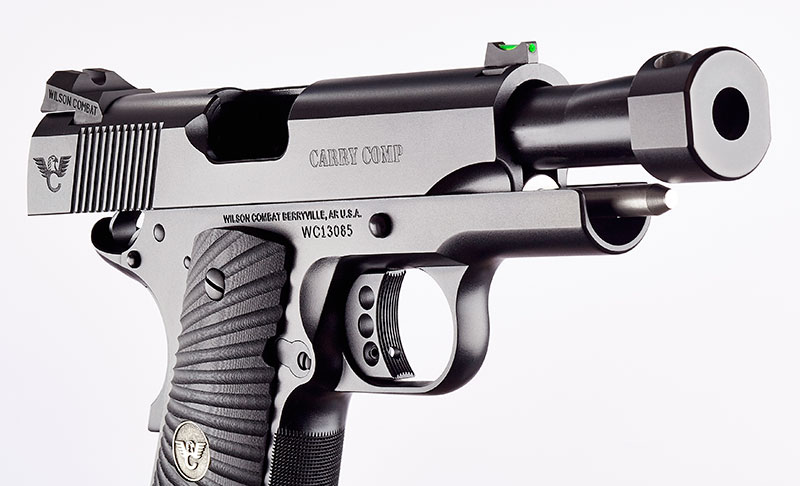 Obviously, the biggest feature of the new pistol is the compensator. Wilson Combat uses a 4” match grade barrel with a muzzle extension that includes the port. The extension is only 0.5” long, which means there is little additional length to try to conceal if you want to carry the gun. Yet, the 0.5” length is more than enough for the company’s precision port that measurably reduces the flip and felt impulse of the gun when fired.

Porting has its fans and detractors. For a carry gun, there are valid arguments to be made for and against it. I have my own opinions on them, just like I do about the pros and cons of manual safeties, night sights and other equipment choices. Wilson Combat has plenty of options for defensive firearms without a compensator already, so expanding the options for those who like them only makes good business sense. 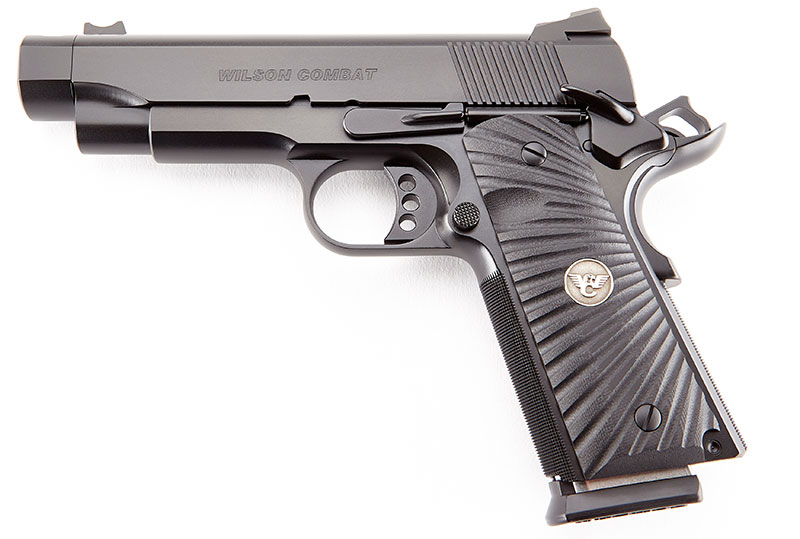 Unloaded, these guns weigh 40.5 ounces. With a fully loaded magazine, a .45 gun will hold 8+1 rounds. While that will get you through most violent encounters, I still recommend carrying at least one spare magazine. Also, having four or five 1911 magazines just for practice makes very good sense.

As with the other 1911 style pistols the company makes, the gun looks as good as it shoots. The carbon steel slide has a black Armor Tuff finish. The gun frames can be had in a variety of colors including burnt bronze, FDE, green and the ubiquitous black. Pairing well with any of the color combinations are the Starburst pattern G10 grips. The grips have the company’s famous pewter medallions in them.

While the looks are impressive, it is the company’s accuracy guarantee that is more noteworthy to me. With quality ammunition, the gun guarantees the gun will shoot 1.5” groups at 25 yards. That’s better than most people can shoot, and is quite impressive.