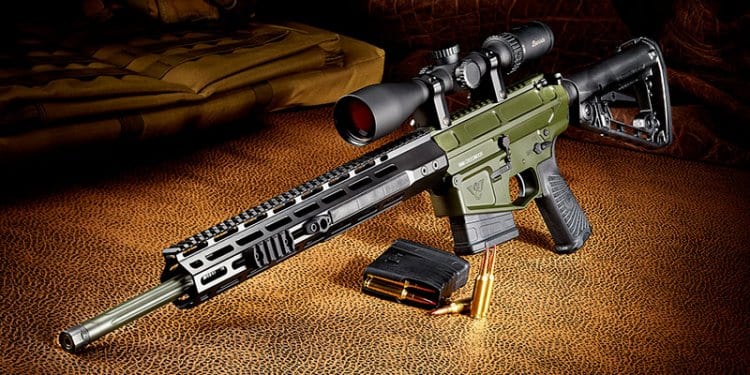 The 6mm Creedmoor cartridge continues to gain momentum, and Wilson Combat is the latest company to make a rifle introduction for the caliber. Earlier this year, we’ve seen new guns introduced by Ruger and Savage for this cartridge in addition to new ammunition, dies and bullets for the same.

Part of the Tactical Hunter line, the new 6mm Creedmoor rifle is an AR-style rifle designed for hunting as well as general defensive purposes. However, with the general build of the gun, I would believe this rifle is much better suited for the former instead of the latter for many people. As with other Wilson Combat rifles, this gun is well equipped and exudes the air of quality. 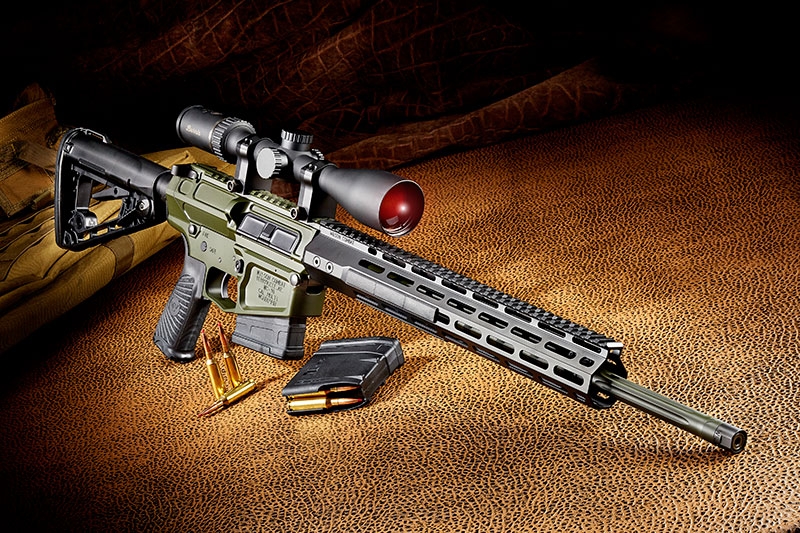 The Tactical Hunter is an SR25 pattern rifle that handles a variety of traditional hunting calibers such as .308 Win, 7mm-08 Rem and .260 Rem. This gun comes with a single 10-round Magpul PMAG. For the 6mm Creedmoor, Wilson Combat fits the gun with a 20” fluted barrel that the company identifies as being match grade. It uses a rifle length gas system with a SLR Rifleworks adjustable gas block.

Over the top of the barrel and gas system is a 14.6” handguard that is made by Wilson Combat. This aluminum handguard has M-LOK attachment points for adding accessories. Included with the guns are rail covers manufactured by Magpul.

Moving back through the gun into the receiver is a low mass bolt carrier. It has a nickel boron coating. A BCM charging handle with a small latch is standard. The gun uses a standard buffer with a 43 coil flat wire spring. For a trigger, the company uses its Tactical Trigger Unit M2 with a 4 pound pull.

Sights are not included with the rifle. However, the company does offer a scope package with the 6mm Creedmoor Tactical Hunter rifle. This package consists of a Burris FFE1 4-14×42 scope that is mounted in a set of ultralight scope rings.

Wilson Combat offers a variety of options that can be requested at the time of order. In its base configuration, the gun has a retail price of $3,195. With the Burris scope, the total price increases by $460.