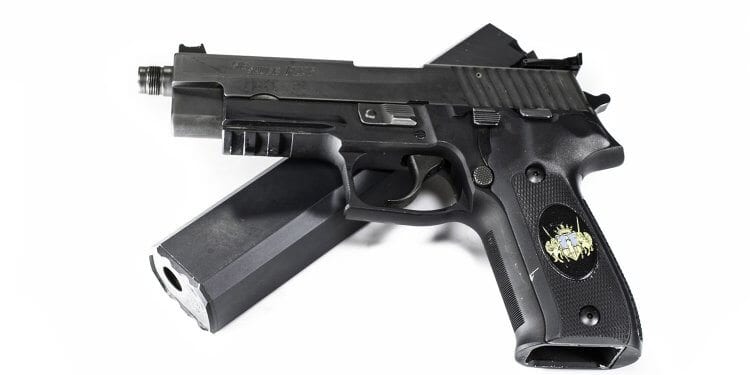 Futuristic Fiber Optic Sights From the Past

Fiber optic iron sights are nothing new; They’ve been around for a few decades. And while tactical guys might prefer night sights, fiber optics have several advantages that make them exceptionally useful for shooters looking to decrease their splits, or time between shots.

One company in particular that has been making quality fiber optic sights for years, is the Williams Gun Sight Company. According to their website, “Williams has been on the range since 1926”. While that’s more than a few decades older than me, I can attest that I’ve seen Williams’ sights on various pistols since I started shooting – and for good reason. 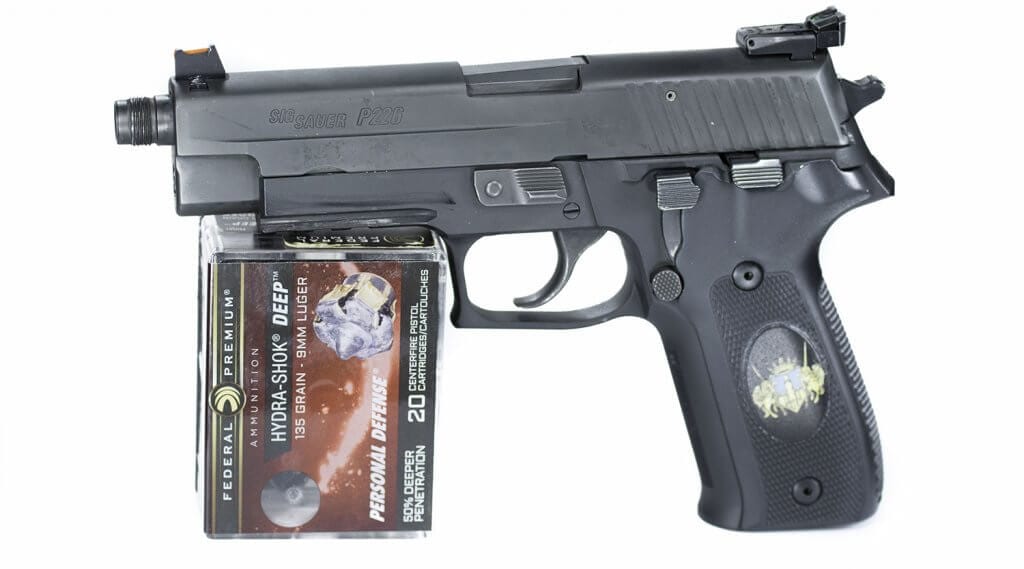 Williams makes, what are in my opinion, the most durable fiber optic sights in the world. Unlike cheap knockoffs that utilize plastic for nearly every portion of the sight, Williams uses aircraft-grade aluminum. (and steel on shotgun front sights)

So it was serendipity that the front sight on my SIG P226 snapped off during a 3-gun match a few months ago. So I sent an email to the fine folks at Williams, and they sent me a set of their new Fire Sights for the P220-series of handguns.

While there are several available configurations, I decided to get something a little out of the ordinary for me, just to get a better idea of the clarity and utility of their sights. So instead of simply getting an illuminated front sight post, I got a pair of contrasting post and notch fiber optic sights.

The rear sight is fully adjustable for windage and elevation, and features a fluorescent green, “U” fiber optic rod bent to protrude out the rear sight equidistant from each other. In effect, this means the rear sight on your pistol will have two glowing green beacons for rapid sight acquisition.

To make sure I didn’t accidentally overly-focus on the rear sight, I had Williams send me a bright orange front sight post to contrast with the green.

But I’m not reviewing fiber optics as a whole, but rather how well Williams builds their sights. In a word, solid. 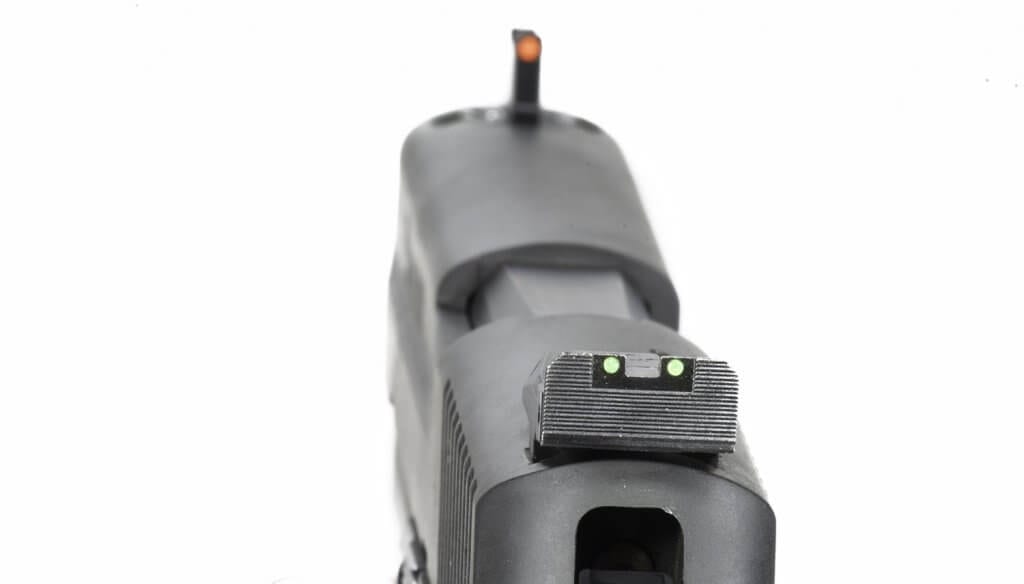 The orange front sight contrasts well with the green rear.

Williams builds these things like tiny, super-bright tanks. Thank God. I tend to treat my equipment like a rented mule, so I have a tendency to the beat the hell out of my stuff. In fact, if the sights weren’t built so well, they would have easily broken when I did the following little modification to them.

While removing my original sight, I had to really hit the old sight base hard to drive out the front sight’s dovetail. Consequently, the dovetail slot itself was accidentally enlarged. Because of this, the Williams front sight would slide in without issue, but wouldn’t retain itself properly during the recoil of firing. Again, this wasn’t because the design is faulty, it’s because I beat up my handgun during a match. 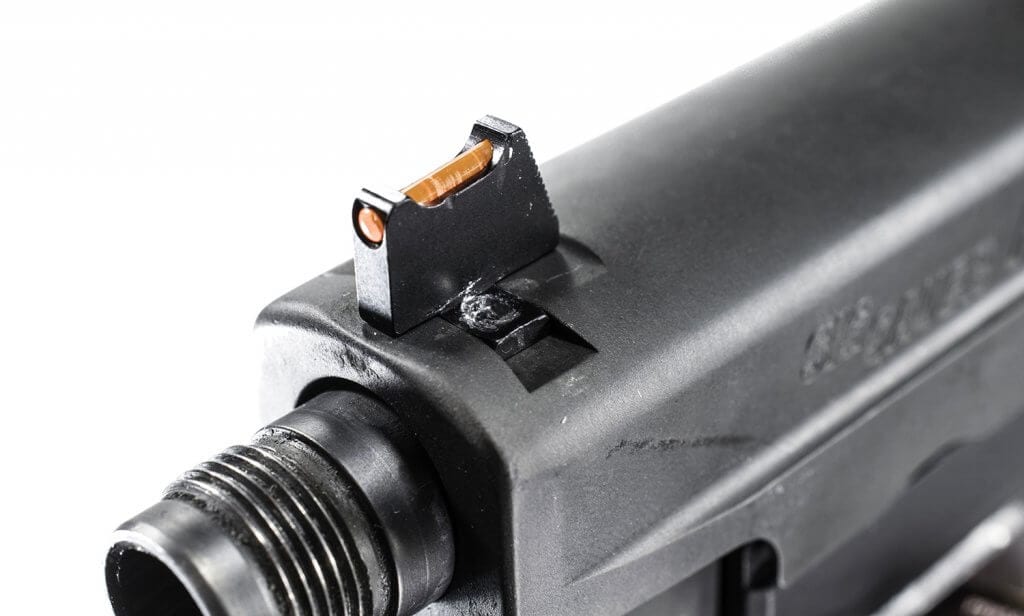 The Williams FireSight front sight post glowing brilliantly – Notice the scuff marks from peening the sight in place on the gun’s out-of-spec dovetail.

Even still, what’s really interesting is that I was able to, “fix” the Williams sight to enable it to fit into my gun. Now, if you’re wondering why I would adjust the sight and not the gun’s dovetail, I always follow the advice of an old gunsmith I knew. He told me to never modify the most expensive part.

In this case, the SIG p226’s slide is a couple hundred bucks, while the Williams Fire Sights retail for only $62.95. So, I decided to modify the sight.

Now, obviously you can’t use adhesive or tape to attach a front sight to a pistol, the action is too violent for normal super glue to hold. And, most bonding agents wouldn’t do so well with the heat of the slide as the gun warmed up.

Basically, you’re expanding the material of the sight’s dovetail, by hitting the top of it with a rounded punch. Now full disclosure, this will most likely scuff the finish and dent the material – it’s supposed to.  I simply put the stripped slide into a padded vice, inserted the front sight, then peened both sides with a punch and a standard gunsmith’s light hammer.

The result is rock-solid.

I’ve heard this method is considered by many to be a temporary fix, but in the hundreds of rounds I’ve fired through my SIG with this sight, it hasn’t shifted at all. Plus, my first handgun as a young man was a 1911 with the same issue. With that gun, an old Korean War armorer showed me how to peen the the sight in place. His work has now held solid for more than a decade.

But I digress, this review is on the sight itself.

Having now fired a few hundred rounds of 9mm Winchester white box 9mm through my P226, I can safely say that sight holds zero perfectly. I’m also starting to really appreciate how well the sights show up in the dark, now that I’m getting to be an old man with poor sight. Ultimately, Williams is continuing their tradition of build bomb-proof, brilliant sights for dozens of firearms at a price that won’t cause sticker-shock.