What About the Springfield Armory XD-E? 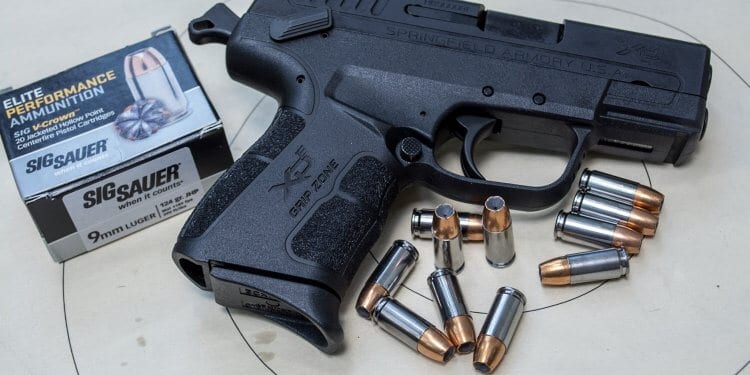 While impossible to count due to states with no permit requirements, somewhere over 16 million Americans legally carry concealed. With that many people, you’re going to see a plethora of different feature preferences and manufacturers are stepping up to the plate with options for everyone.

The Springfield Armory XD-E has two standout features. First, it’s a peace of mind gun for those who want extra layers of operational safety. Hold that thought; we’ll come back to it. Second, the slide is designed to be very easy to rack. Compact semi-automatic pistols have a reputation for tough controls like racking the slide and operating the slide release. This hammer-fired pistol is designed specifically to appeal to folks who may struggle with those tasks. 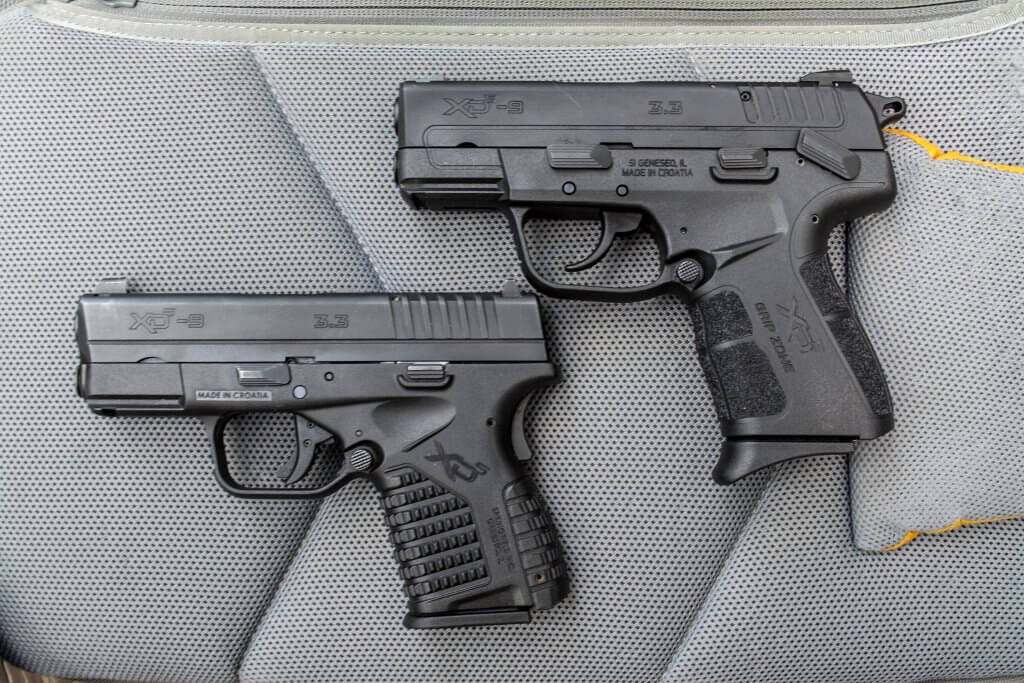 While it shares part of the name with the XD-S, the XD-E is quite different. It’s hammer fired for starters.

Unlike the striker-fired XD-S, the XD-E is a hammer-fired double-action / single-action pistol, but with a twist. As the DA / SA design implies, the first trigger press is longer and heavier (about 10 pounds) as it both cocks the hammer and releases it. Subsequent shots operate in single-action mode with a 4.75-pound trigger press. 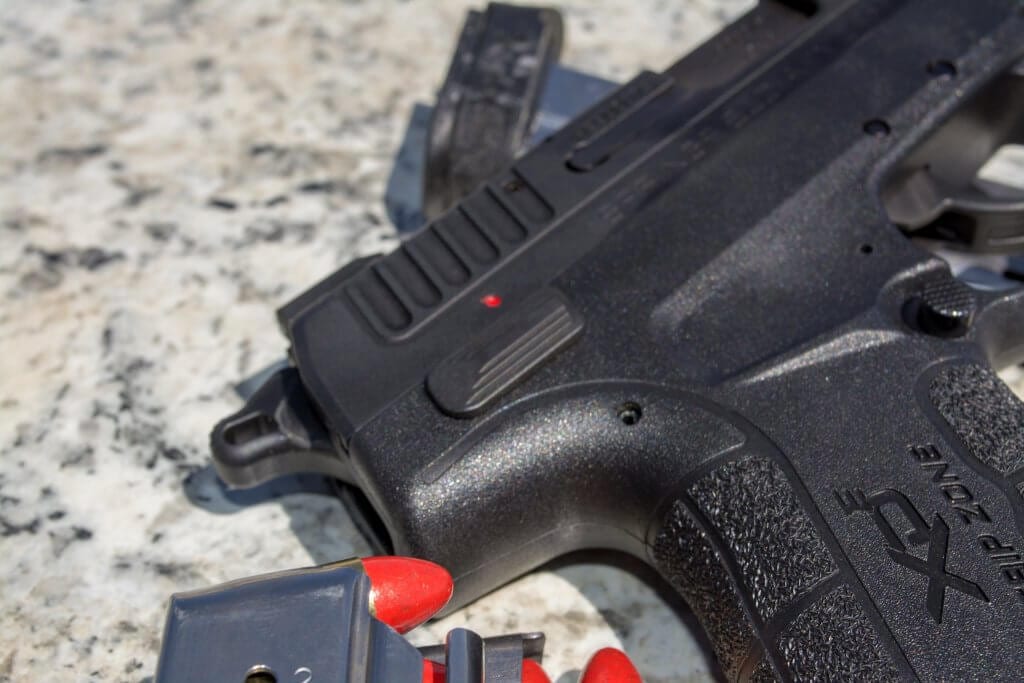 Unlike most double-actions, the frame safety locks the hammer.

Here’s the twist. While other guns like the Beretta 92FS and Walther PPK have combination safety / de-cocker levers, they aren’t true safeties that lock the hammer in place like a single-action pistol. The frame-mounted safety on the XD-E does exactly that, so you can technically carry it either cocked and locked like a 1911 or hammer down like a traditional double-action pistol. In either condition, the operation is the same. Flip the safety lever and press the trigger. If the hammer is cocked, the gun will fire in single-action mode. If it’s down, you’ll experience a double-action press.

The XD-E differs from the XD-S in a couple of other ways too. It features the newer GripZone texturing, which I liked. It’s also slightly larger. The standard capacity magazine is 8+1 and 9+1 with the extended magazine that also adds extra room for the pinkie finger. A fiber optic front sight is paired with low-profile combat sights in the rear.

The pistol shoots for a compact. Using a rest and rail mounted handgun scope, I eas able to fire five-shot groups from 25 yards measuring between 1.8 and 2.25 inches with American Eagle 124-grain FMJ, Sig Sauer V-Crown 115-grain, V-Crown 124-grain, and V-Crown 147 grain. Not too shabby.

Since the original XD-E hit the market, the company has introduced a .45 ACP model and two larger XD-E pistols, both of which are chambered in 9mm – for now.