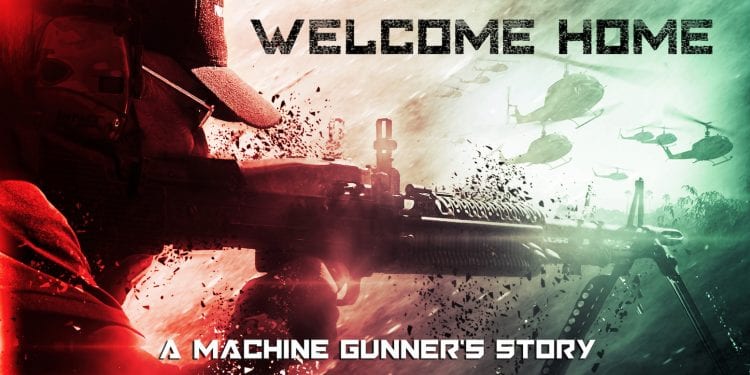 It started as a visit with a Vietnam War gunner. He was going to talk to us about the M60 Machine Gun and his experiences with it. It turned into much, much more.

Richard Martinez served as a machine gunner on an M113 with the 3/4 Cavalry during the Vietnam war. A couple of the former gyrenes from GunMag Warehouse took him out to shoot an M60 machine gun, the same type of MG he carried in 1968. They were expecting Richard to tell us more about the M60, instead, he let ’em in on much more as he discussed his experience before, during and after the war. 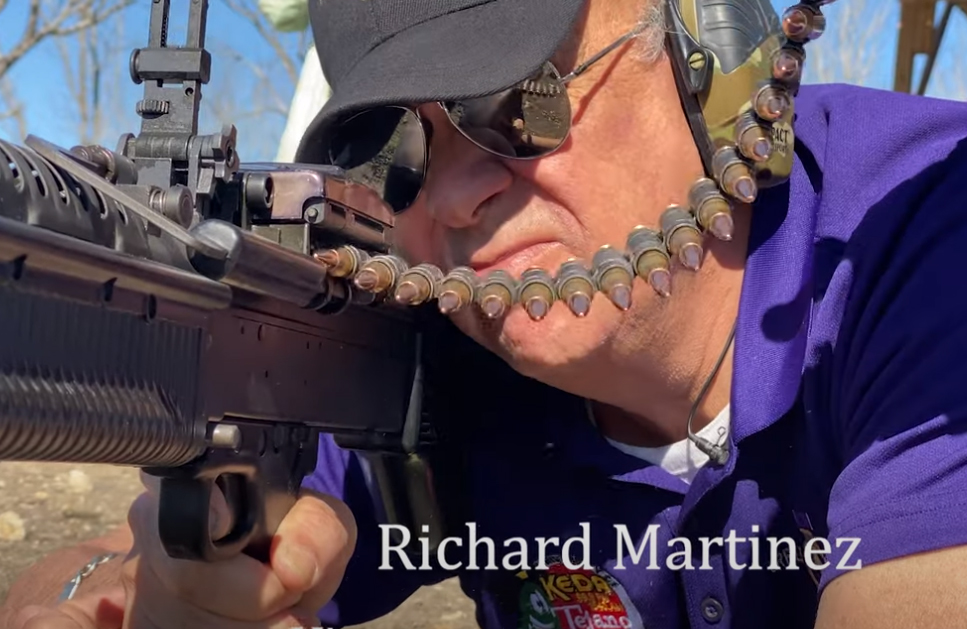 Most of 3-4 Cavalry (also referred to as “Three Quarter Cav) deployed to Vietnam in March of 1966 as part of the 25th Infantry Division; Charlie Troop arrived four months earlier) The formation participated in numerous operations between their arrival and their departure in December of 1970.

The Charlie Troop website describes the unit and its deployment thusly:

The 3d Squadron, 4th Cavalry was the divisional ground reconnaissance squadron of the 25th Infantry Division in Vietnam. The squadron was one of the first units to prove armor effectiveness in II Corps Tactical Zone and thereafter engaged in contested route and convoy security along Highway 1. In January 1969 it became the first division squadron to receive the new M551 Sheridan assault vehicles. 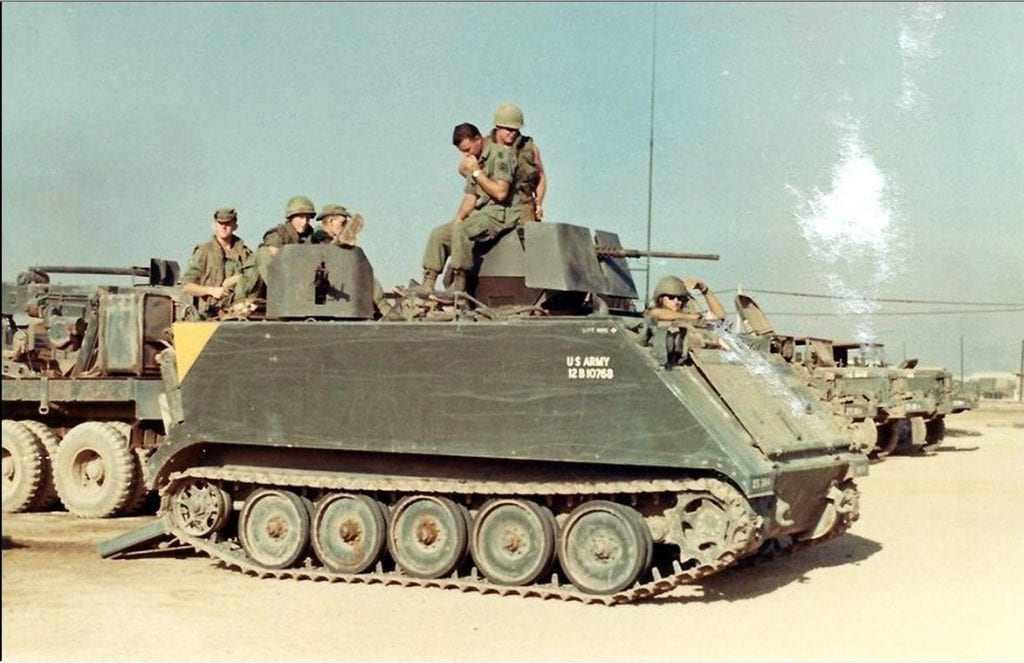 Below: much more recent pictures of 3-4 Cavalry troopers. 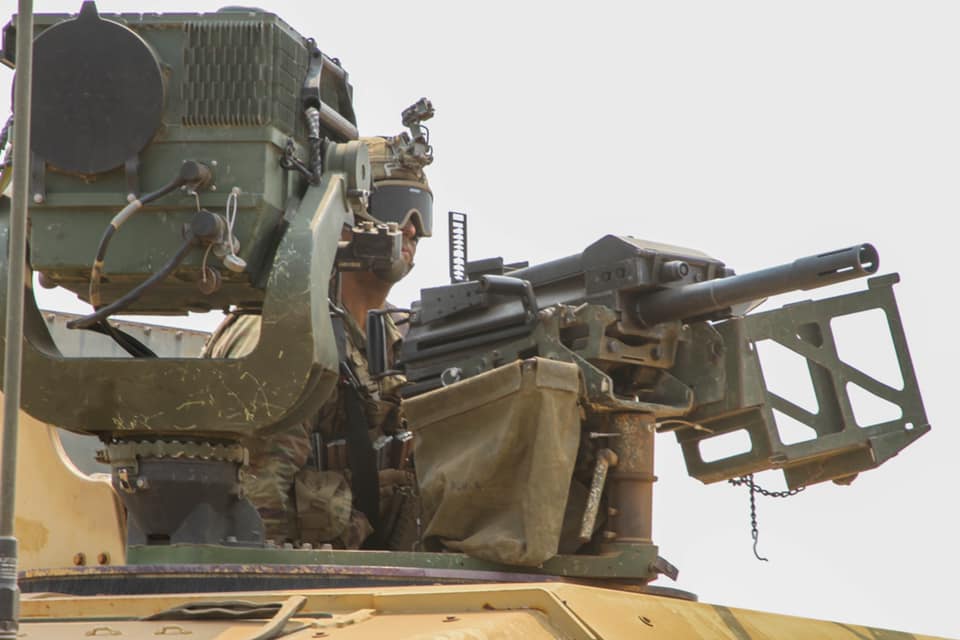 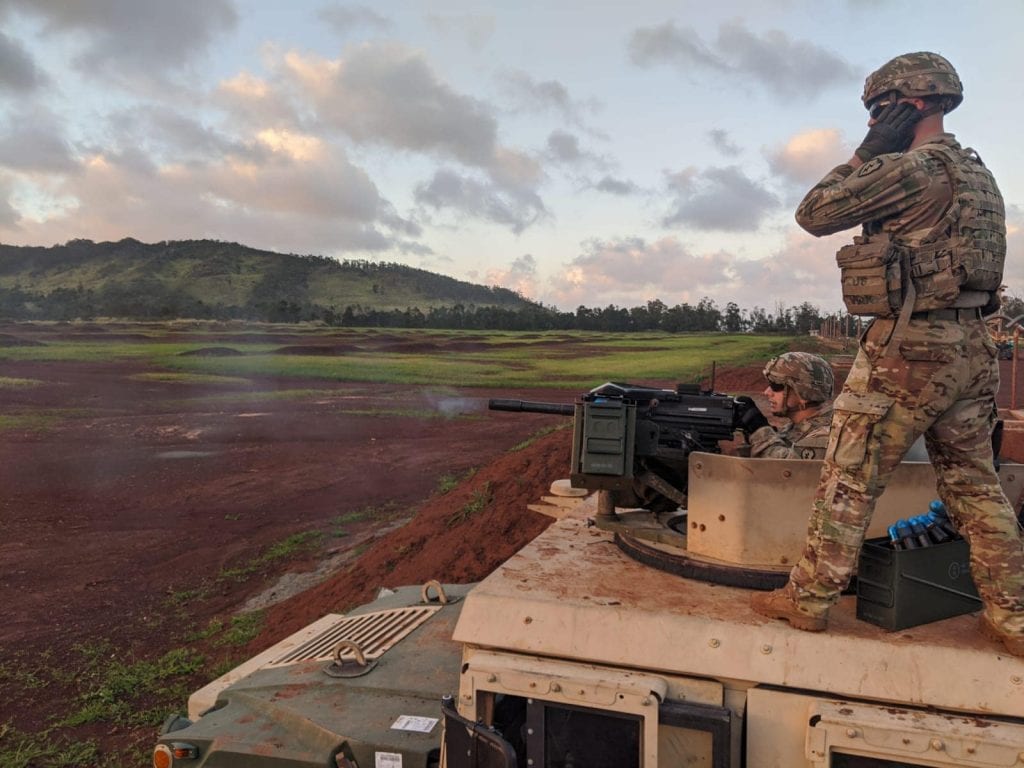 The squadron motto is Paratus Et Fidelis (Prepared and Loyal).

• Republic of Vietnam Cross of Gallantry with Palm for VIETNAM 1966

3-4 Cavalry During the Vietnam War

It was initially thought, that the terrain of Vietnam would preclude the use of armored cavalry in Vietnam. But early successes in mounted operations in the Vietnamese highlands by Troop C, 3rd Squadron, 4th Cavalry, as well as successes in the area north west of Saigon known as the III Corps Tactical Zone by the 1st Squadron, 4th Cavalry, 1st Infantry Division, and then the 3rd Squadron, 4th Cavalry, 25th Infantry Division, convinced commanders that given their mobility and firepower, armored cavalry along with tank and mechanized infantry units supported by air cavalry could be very effective against Viet Cong and North Vietnamese forces.

The 1st Squadron 4th Cavalry was assigned to the 1st Infantry Division as the division reconnaissance squadron based at Di An. It was the first element of the 4th Cavalry Regiment to arrive in Vietnam. The squadron’s main mission was to conduct route and convoy security missions primarily along Vietnam’s Route 13, the main communications and supply route from the Saigon north through Binh Doung and Binh Long Provinces.

The 1st Squadron successfully accomplished this mission in face of strong enemy resistance. It also participated in large-scale combined operations such as Cedar Falls and Junction City. Overall the Quarter Horse as it was known, participated in eleven campaigns of the Vietnam War from 20 October 1965 to 5 February 1970. The 1st Squadron was awarded a Presidential Unit Citation for its heroism in Binh Long Province as well as a Valorous Unit Award for Binh Doung Province. Troop A, 1st Squadron received a Valorous Unit Award for its actions at the battle of Ap Bau Bang.

There, the troop pioneered the use of armored cavalry in the thick jungles of that region in fierce fighting against North Vietnamese units. Troop C later saw action against Viet Cong main force units in Quang Tri Province receiving a Valorous Unit Award. On 1 August 1967 Troop C rejoined the 3rd Squadron at Cu Chi.

The 3rd Squadron participated in twelve campaigns from 24 March 1966 to 8 December 1970. The squadron’s primary mission was to conduct route and convoy security along Vietnam’s Route 1 keeping open the main supply and communications route from Saigon to Tay Ninh, By 1967 the squadron was escorting some 8,000 vehicles a month operating both day and night escorts. It also participated in large-scale combined arms operations such as Cedar Falls, Junction City, and the invasion of Cambodia. During the Communist Tet Offensive of January 1968, the 3rd Squadron was rushed to Tan Son Nhut airbase outside of Saigon where it successfully repelled a massive Viet Cong attempt to seize the airbase. For details of this action see Battle of Tan Son Nhut.

Troop F, 4th Cavalry was activated on 10 February 1971 in Vietnam and assigned to the 25th Division as a separate air cavalry troop in support of the 25th Division’s 2nd Brigade. After the 2nd Brigade left Vietnam on 30 April 1971, Troop F remained assigned to the 25th while serving with the 11th and 12 Aviation Groups. It was one of the last Army units to leave Vietnam on 26 February 1973. 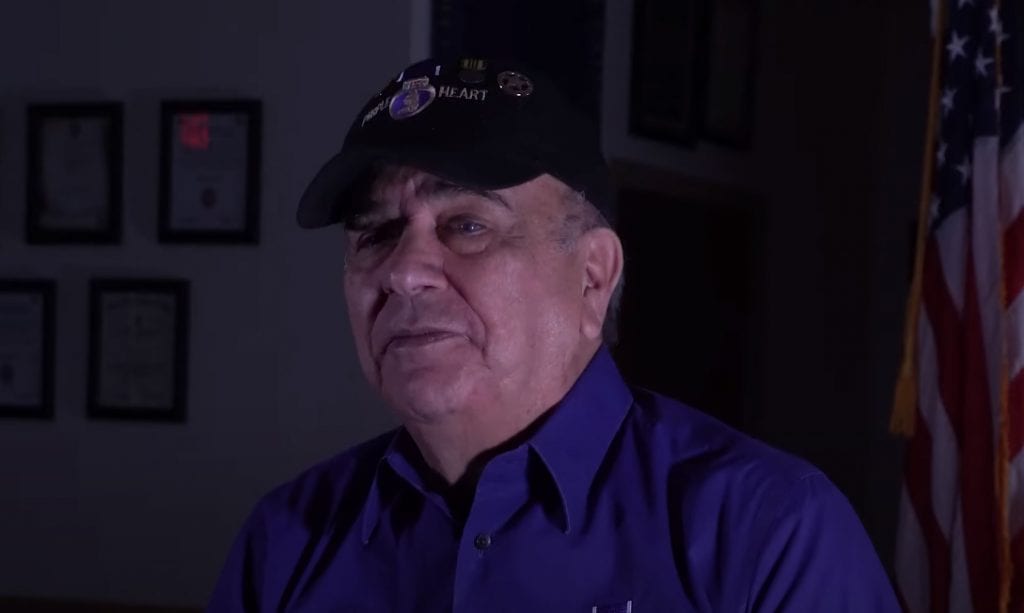 Firing an M60 machine gun from the hip in the jungle. The M60, like the M14 and “Huey” helicopters, is indelibly associated with the Vietnam War.

Like the M16, the first M60s were vulnerable to dirt and fouling, in addition to which their first users found them heavy and awkward, leading to their being popularly(?) referred to as “pigs.”

Part of the initial problems lay in a widespread squad practice of giving the “pig” to a new — and comparatively expendable — arrival, rather than to someone with the physique, training, or experience to get the best performance out of the gun.

That cold-blooded rationale was largely founded on the fact that the squad machine gun, whether an M60 or its RPD counterpart, tended to attract the most activity toward its elimination. By the time the M60E1 and M60E3 entered service in the 1960s, however, the type had evolved into an accurate, reliable weapon that could produce a murderous volume of fire wherever it was needed.

Well-chosen gunners proved to be an asset in firefights, ideally when assisted by an ammunition handler and a third teammate with extra barrels and ammunition. The ability to replace an overheated barrel proved advantageous in sustained firefights, since it allowed continuous fire as needed while an RPD-equipped enemy had to limit his bursts or wait for his barrel to cool down or risk it seizing up.

However much grunts may have bitched about the pig throughout the conflict, it became an invaluable asset that no squad could do without. It was also versatile enough to extend its benefits to M113 armored personnel carriers, helicopters and riverine craft on a variety of mountings.

The M60 remained an infantry mainstay until 1994, when testing began on a possible replacement. Although the gun’s latest variant, the M60E4, is arguably among the most mechanically perfect weapons of its kind, in 1997 the U.S. Army accepted the Belgian Fabrique Nationale-built MAG (Mitrailleuse d’Appui Général) 58 with its North Atlantic Treaty Organization-compatible 7.62×51 round, as its standard light machine gun.