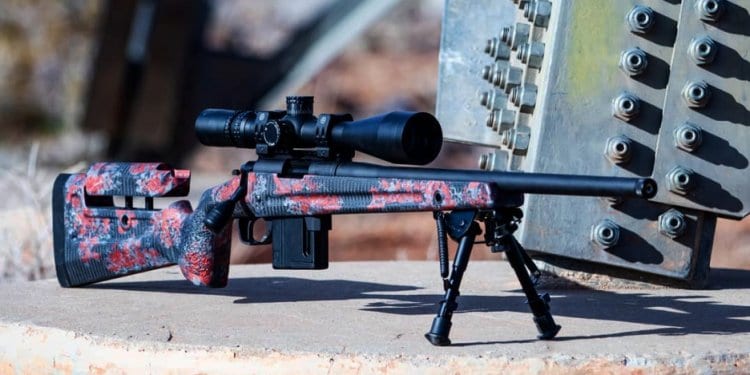 The Vudoo Gun Works V22 world has expanded in a Magnum way — enter the V22M action.  The new addition to their lineup, which is a Gen 2 action (explanation below) will run both 22 Magnum and 17HMR, which will no doubt be well appreciated by the precision shooting community.

According to a recent release, the V22M utilizes longer bolt travel to accommodate the length of 22WMR and 17HMR cartridges, saying the added length provides…

…the opportunity to design a new articulated bolt release that transfers the force of bolt actuations to a plunger hidden under the scope mount. The V22M also brings added consistency with a new anti-rotation bolt head, a redesigned multi-piece bolt assembly, and our own unique 7075 machined Aluminum AICS style magazines available in five and ten shot capacities. 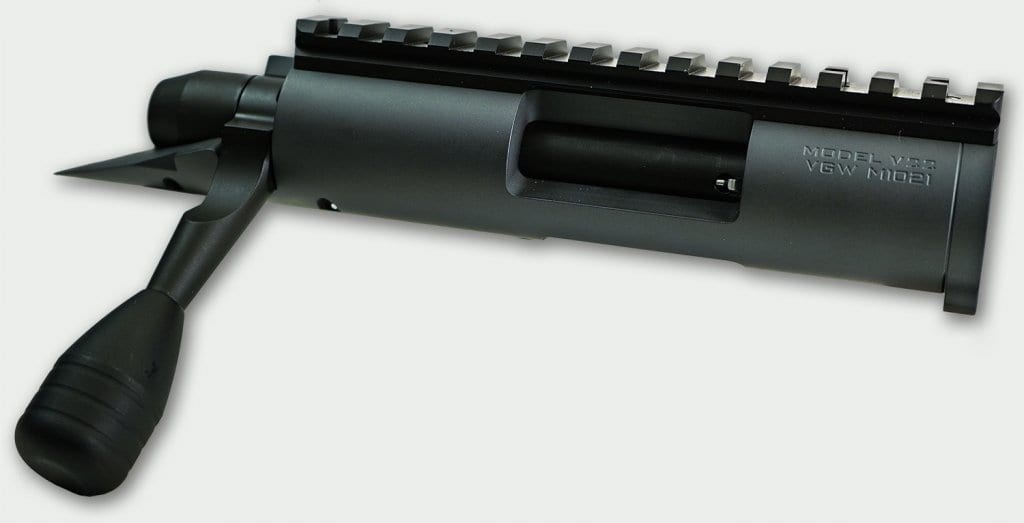 The new V22M bolt assembly is similar to its predecessor but offers toolless disassembly and maintenance by way of a unique bayonet-style locking system between the shroud, bolt body, and bolt front.  In addition, the fire control system has also been refined to eliminate drag and therefore, provide more consistent and reliable ignition.

*The V22M isn’t the only new action we’ll be seeing from Vudoo Gun Works. The “V22S” will apparently be  Single Shot BR/F Class Action. VGW describes it as a “…three-lug 60-degree action with six o’clock ignition that will feature [their] own Vudoo/Flavio single-stage trigger that adjusts from .7 to 2.8 oz.”

Now, how can you tell if a V22 is Gen 2? Look in close. The back of the firing pin protruding through the shroud will have a hole through it if it’s a Gen 2.

FYSA, for those who were wondering, when asked if Vudoo built the chamber around a specific cartridge, as they previously did for the Lapua, they replied,

“No…not for the Magnum. The ammo offerings for 22lr far exceeds [sic] that of the magnum and at varying levels of quality/performance. There’s no match-quality ammo for Magnum, so [Vudoo Gun Works] saw no need to design a chamber to cater to the ‘better’ ammo.”

Take a watch at the video for a much more detailed explanation.

This Vudoo Gun Works build is a V22 with 18 in. Cobalt Cerakote twisted Kukri contour barrel in the “Wrought Iron” finish.

Learn more about how the Vudoo Gun Works action…well, works, on their website.

Read more bolt gun articles here on The Mag Life. Or go buy something from nearly 100 different brands we carry. The beancounters would love that.

Did you know GunMag Warehouse has a badass YouTube channel? Take a minute and check it out.