Ready for some sacrilege? I don’t own an AK. I recognize that it’s a problem that I need to solve. What I do own is the AK inspired and very slick SIG 556R. The R stands for Russian, and this gun utilizes AK 47 magazines and 7.62x39mm ammunition. That gun wears a Blue Force Gear Vickers Combat Applications sling, aka a Vickers AK sling. This particular model is one of their many limited editions. The limited models have unique color options but function the same as any other Vickers AK sling.

The Magic Behind The Vickers AK Sling

The Vickers designed slings outshine the competition in numerous ways. They are incredibly strong, very modular, and designed to work in the world’s worst places. The USMC has adopted the Vickers slings, and as a former crayon eater, I still have my issued BFG sling from 2010, and it’s still in perfect working condition. I keep a dozen of the slings in about every gun and AR 15 case I have.

The most obvious difference between the Vickers sling and other modern slings is the pull tab. The pull tab is located near the front of the sling, and this device is designed to instantly change the length of the sling. To get the most out of your Vickers AK sling, you have to adjust it just right for your body and weapon. Once adjusted properly, you can control the length via the pull tab. 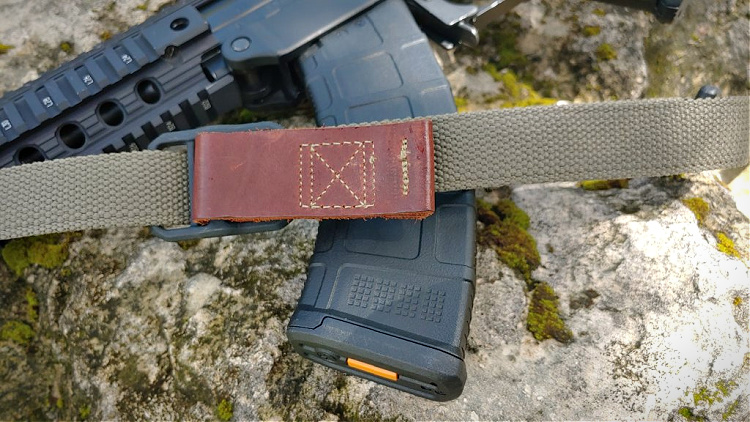 When pulled tight, the sling should be locked to the body and allow you to let the gun hang in such a way that you can easily use both of your arms for another task. Maybe you need to climb a ladder, or carry something heavy, or played Edward forty hands. Whenever and whatever you need, both hands for the Vickers slings allow you to get at it.

When you need to maximize your mobility, grip, and rip the tab, and the sling instantly becomes lose and ready to work. Proper adjustments are critical for the pull tab to work. If not, the sling might be loose enough to maximize mobility. 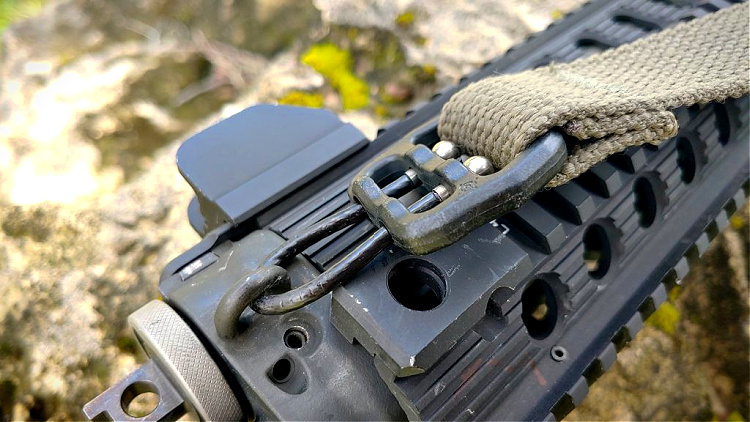 The Vickers AK sling does something fantastic. It gives you the stability of a two-point, with the mobility of a single point. You can instantly go from moving to fighting with just the pull of a tab. That pull tab is also massive and easy to pull with wet or gloved hands.

What Makes it AK Ready?

The Vickers AK sling comes ready for modern tactical applications on the third world’s favorite rifle. A weapon designed in 1947 isn’t necessarily designed for modern equipment, so Blue Force Gear made the wise move in ensuring the AK sling will work with the purest of AKs.

The purest of AKs includes all wood furniture, unfolding stocks, side-folding stocks, and more. The BFG Vickers AK sling comes with a Molded Universal Wire Loop for the front sling eyelet. Blue Force Gear designed the stainless steel nylon coated cable for easy attachment and to prevent any marring to your rifle’s finish. 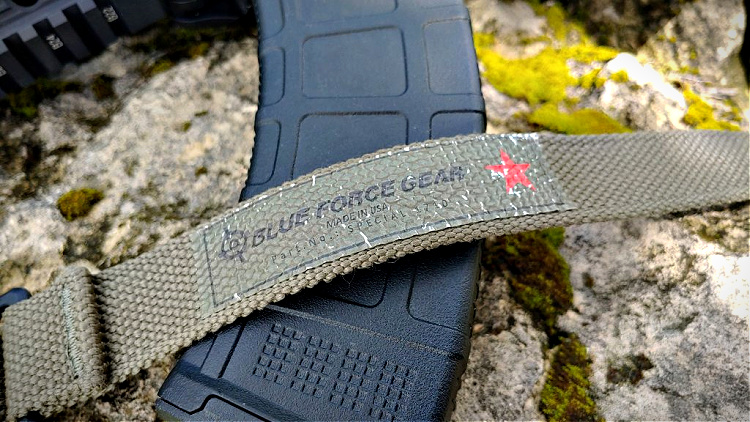 You can attach the rear of the sling around a wood stock in a multitude of ways, and the Blue Force Gear website has numerous tutorials on how to do so. The Vickers AK sling is outfitted with all black furniture and is typically available in either coyote, OD green, or black. This limited edition is a dark green made to resemble the classic old school two-point AK sling. 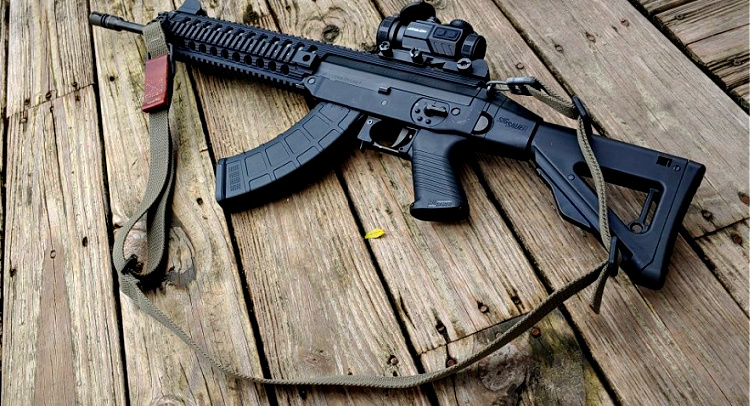 The Vickers AK Sling is a hell of an addition to an AK rifle, or AK inspired rifle. BFG slings are my go-to for nearly every serious weapon I own. It doesn’t get much better than a BFG Vickers sling, on AKs and beyond.