It’s not often you can get your hands on an official US Air Force and Army weapon while it’s still in service, but right now, for a limited time, you can grab up a limited edition SCW for sale to the public.

According to B&T, “The Advanced Police Carbine (APC) series was developed to meet and exceed the demands of modern police, special forces, and military units around the world and represents the ultimate in performance, reliability and accuracy.” 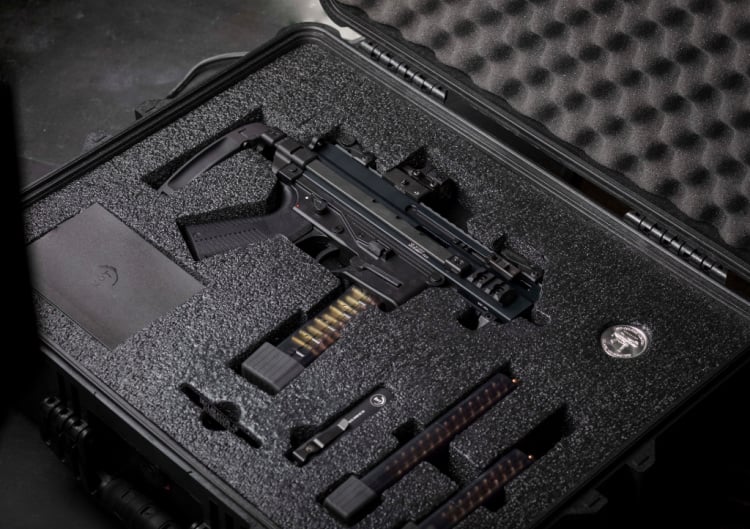 In recognition of the initial delivery of 333 SCWs to the US Air Force and Army, B&T commissioned 350 SCW-serialized APC9K PRO models, 333 of which will be made available exclusively to US-based collectors.

Features of the APC Limited Edition package include: