Owning and shooting a handgun can be a lot of fun. Learning to control recoil and muzzle climb while trying to be accurate requires focus. You need to line up the sights while concentrating on the proper grip and a smooth trigger pull to achieve accuracy. Once you are comfortable and confident enough with your pistol manipulation then you can move onto transitioning to other targets as well as reloading the gun with a fresh magazine. During this practice, a shooter can get into a rhythm where they are in the zone. However, the one thing that causes this to come to a screeching halt is having to reload the magazines with more ammo.

THE PROBLEM WITH RELOADING PISTOL MAGAZINES

For many shooters, typically beginners and elderly shooters, reloading a pistol magazine can be difficult. The magazine has a spring that pushes a follower which is what pushes the bullets up so that the slide can pick up the round and load it into the chamber. Well, pushing the bullets back into the magazine gets tedious and sometimes difficult depending on the magazine and bullets being used. In most cases when loading the magazine, as you get close to full capacity, pushing the last couple rounds is almost impossible. This is called stacking. As a spring compresses more and more, the force required to continue compressing it increases. Traditionally shooters use their thumbs to load the bullets into the magazine. However, your thumbs will start to hurt the more you load bullets into the magazines. Some shooters might lack the strength to even load the first bullet into the magazine. Of course, like any repetitive exercise, your thumbs could get used to it. But there is an easier way to put the rounds in the magazine.

The Universal Pistol Loader was designed and made in Israel. It can accept single stack and double stack magazines. The UPLula can load 9mm up to .45 ACP magazines and in some cases, it can load .380 ACP magazines. The wide range of compatibility is great but the loading of the bullets is where this pistol magazine loader shines. To operate the UpLula, you grasp the loader in your hand like you are grabbing a soda can. Then put your index finger on the top.

The UPLula is hinged so you will squeeze the loader and push it down over the pistol magazine. There is a metal beak that pushes the follower/bullets down allowing you to insert a new bullet. Due to the UPLula design, it creates a large opening so you can just drop the bullet into the magazine. No need to push it into the magazine. Next, you just release the tension on the UPLula and repeat the loading process. 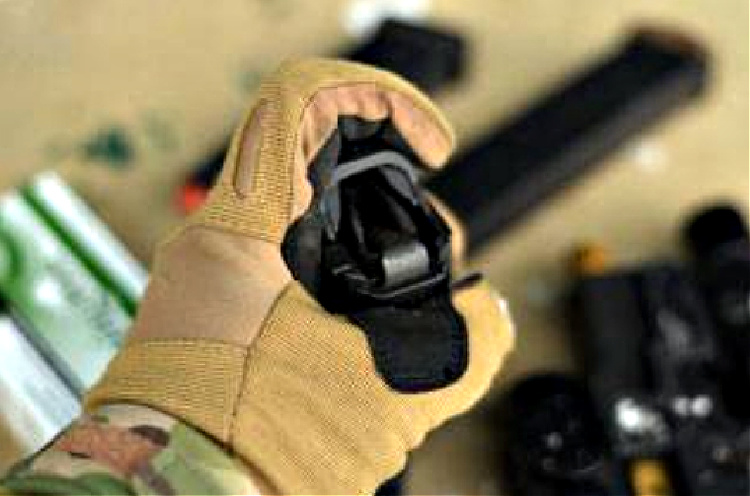 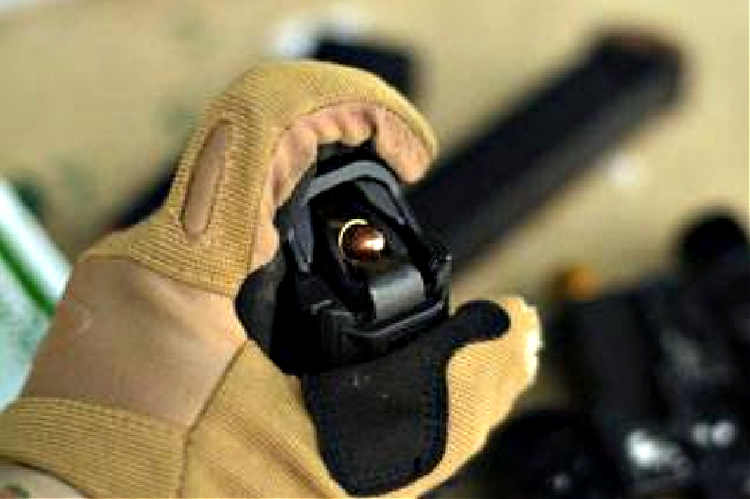 The UPLula also works as an unloader. There is a protrusion on the spine of the loader. You can use that to strip the rounds out of the magazine when you want to unload the magazine without shooting the bullets. 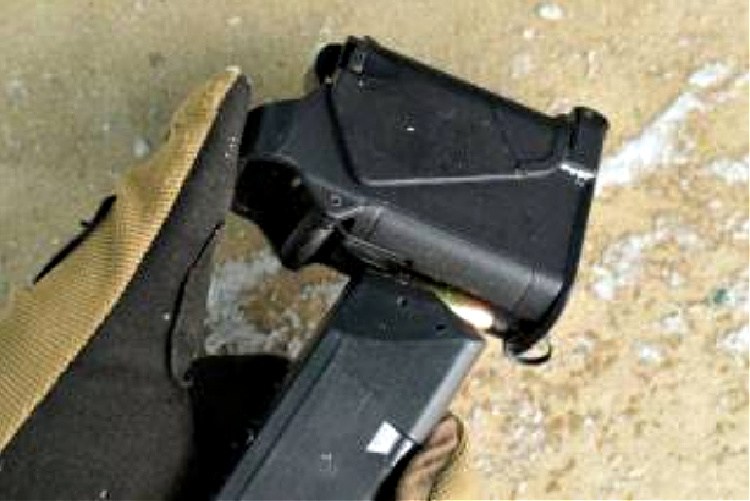