Training with Your Smartphone For Free 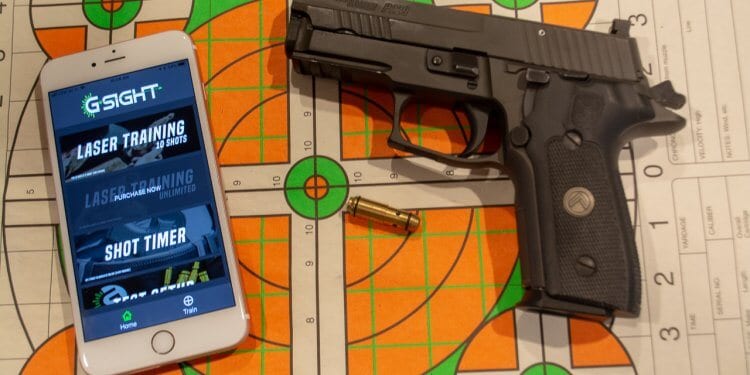 Not long ago I tasted a delicious bite of humble pie. I got a bug up my butt to try out the Federal Air Marshall Qualification test. It looked easy. It wasn’t. In fact, it did a masterful job of exposing some problem-areas in my skill repertoire. After a short bout of self-pity, I decided to do something about by setting a summer goal to be able to sail through that qualification on demand. 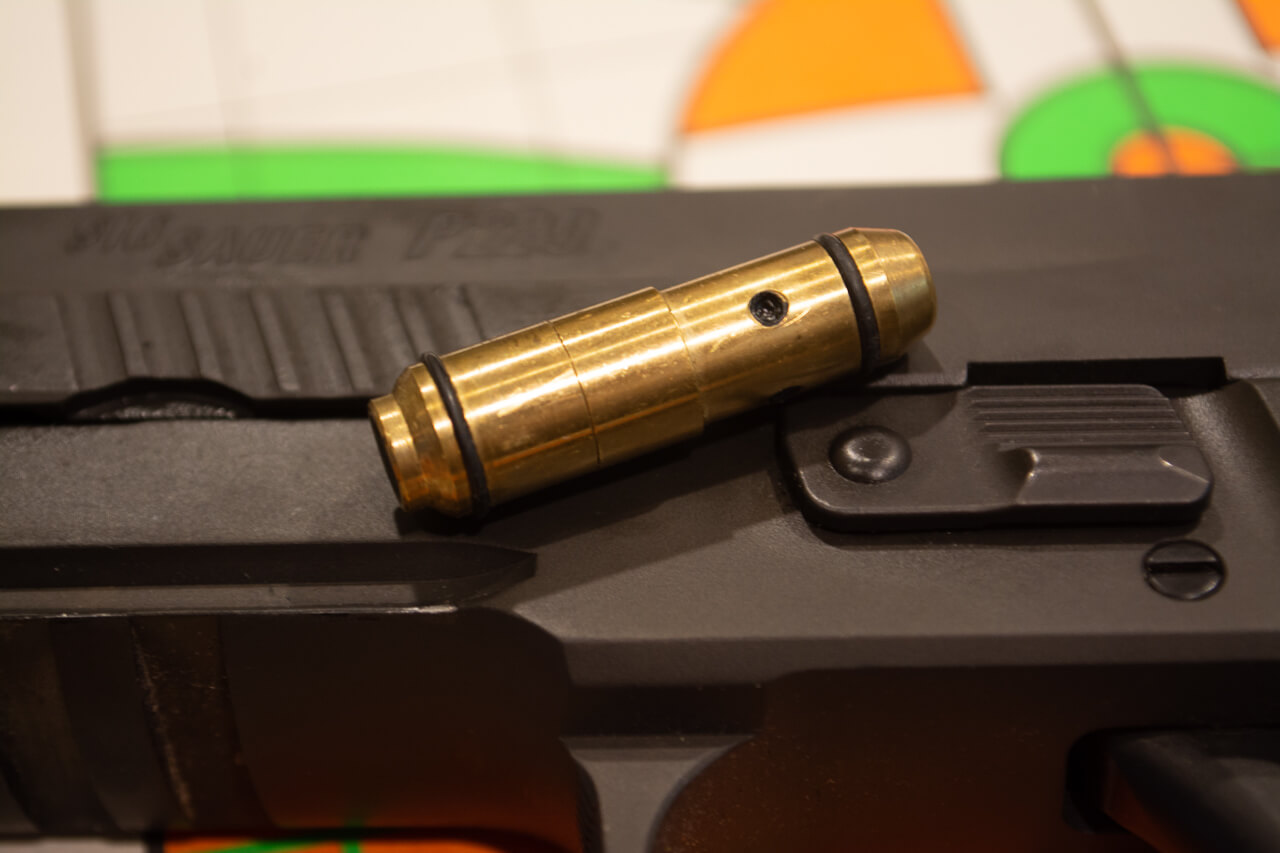 I’ve been using this laser “snap cap” from LaserLyte. It allows you to see “impacts” with your regular gun.

So I started to do some daily dry fire drills in my home office. You know, the basics like drawing from concealment and getting a shot on “target” quickly. I also worked in some magazine changes. I quickly ran into two challenges. First, this type of practice is boring, so it’s easy to rationalize skipping a day. Second, there’s no way to measure improvement without an easy method of capturing times. 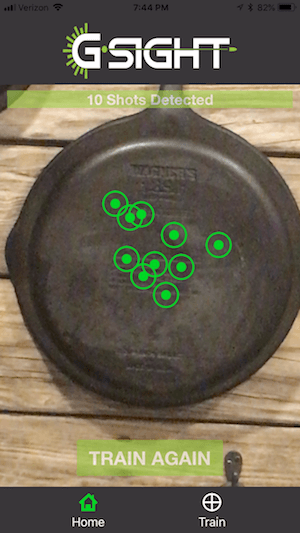 You can use most anything as a dry fire target. I tried this cast-iron frying pan on the kitchen wall, and it worked like a champ.

Enter the G-Sight smartphone app. Using the phone’s built-in camera, it simply looks for a flash of light on whatever surface at which it’s pointed. That means your target can be most anything – there’s no need to order and buy special training targets that are compatible with the app.

Here’s how it works. Mount your phone on a tripod or other contraption of your design. It doesn’t have to be particularly close to your target because you can pinch zoom the view to capture the relevant target area. Start the app and fire away at your target. The app detects “hits” on target by sensing the light flash.

To generate the “light impulse” when you shoot you can either use a training pistol like the SIRT or LaserLyte models or a cartridge insert offered by G-Sight and several other companies. Those allow you to practice with your actual carry gun. Every time you press the trigger, this laser snap cap sends a laser beam through the bore to indicate hits on your target.

To test the system’s target flexibility, I used an iron frying pan hanging on my kitchen wall. It worked like a champ, and the app registered every hit without fail.

The app is free, so you can try it out. Once installed, you can purchase upgrades to unlock greater functionality like par-time shot timers. That’s perfect for draw and magazine change training as it measures elapsed time between a starting buzzer and hits on target, so you can do whatever actions you like while the clock is running.