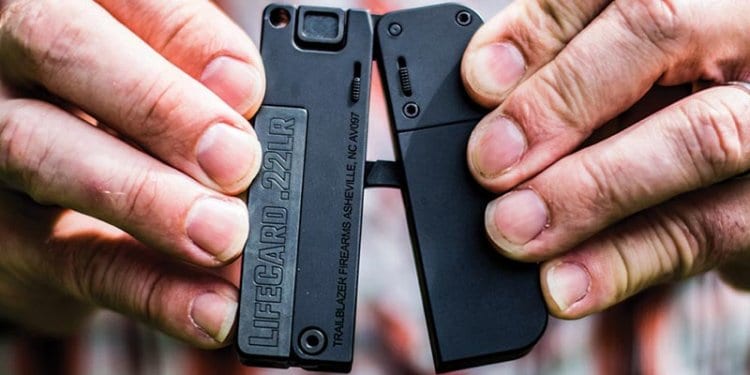 There are all manner of strange guns that have been introduced throughout the history of firearms. From pepperboxes to punt guns, people are always looking to build a better weapon. Sometimes, the guns – though odd – wind up working in specialized circumstances. Other times, the gun slips into history to be forgotten by all but a few collectors.

A new gun announced by Trailblazer Firearms has the air of a pistol that may not be long for this world. Called the LifeCard, this handgun is chambered for the .22 LR. It uses a tip up barrel and can only hold a single round at a time. Its one feature that may redeem it as a personal protection tool is that the gun can fold in half for easy concealment. 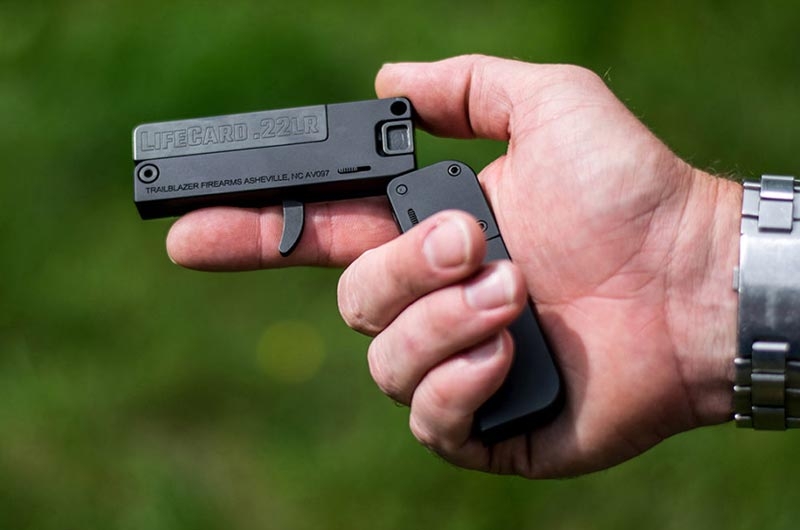 Made of machined aluminum and steel, the gun folds to change its shape from a vague handgun shape to that of a really thick credit card. The presumptive usefulness of this feature is that the gun would be easier to conceal than a normal pistol in non-permissive environments.

While the gun may be easier to conceal in some circumstances, its very nature suggests the intended use would be for self-defense. However, the realities of many, if not most, self-defense situations suggest that this gun is wholly inadequate for the task. I base this on three facts: caliber, capacity and ease of use.

Caliber: The .22 LR is an underpowered cartridge for a handgun and is not generally believed to offer enough penetration or wounding capacity to deliver reliable wounds for rapid incapacitation. That doesn’t mean that the .22 can’t work, rather that it is far less reliable than other rounds such as the 9mm and .38 Special.

Capacity: One. Handgun rounds are relatively underpowered for the purposes of rapidly incapacitating an attacker. Often multiple rounds delivered to vital areas are needed to quickly make a determined aggressor cease his attack. Shooting one round and then reloading is not a realistic option in most circumstances.

Ease of Use: The gun must be unfolded to be used. Only then can it be loaded. According to the company, the gun should not be carried loaded. Page 6 of the user’s manual specifically states “Do not carry the pistol with a live cartridge in the chamber.” That means you will have to tip up the barrel, get one of the small cartridges out of the gun’s storage compartment and drop it into the chamber before you can use the gun. Even if that was not a painfully slow process, you also have to factor in your body alarm response (aka: fight or flight response), which will rob you of fine motor skills just when you need them most. 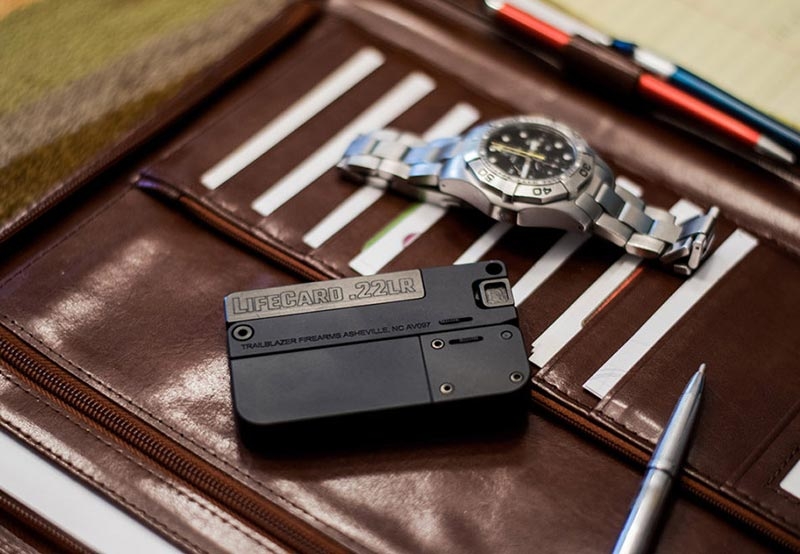 All guns are a compromise of some sort. Unfortunately, for me, this gun appears to make too many for it to be a reasonable choice for self-defense. If you need a tiny firearm, and you are willing to rely on .22 LR, you may be better served by a North American Arms mini revolver. The NAA-22LR has a 5-shot capacity, a track record of reliability and a price tag that is more than $100 cheaper. While the LifeCard is thinner and shorter than the NAA revolver, it is both heavier and slower to bring into action.