I’m not the first one to write a top 5,6, 7, or 69 gun movies listicle, but I plan to be the first to leave out Heat. I love that movie and you probably do too, but we all know it’s a great movie with lots of good gun stuff. So I’m leaving it off my list of the best gun movies. Instead, I’m bringing only my personal favorites into this list! Well, 4 of my favorites, and one that surprised me. I am focusing on movies that have impressive gun handling, tactics, and of course, satisfying gunfights. I’ve included several photos from imfdb.

John Wick might be the newest version of Heat as far as gun movies go. It’ll make these kinds of lists for the next decade or more. The John Wick flicks changed the game. What’s fascinating is the integration of real custom guns into these movies. Tons of Taran Tactical guns pop up, Trijicon optics, RMR equipped handguns, and beyond. John Wick is superbly satisfying to watch and a ton of fun. 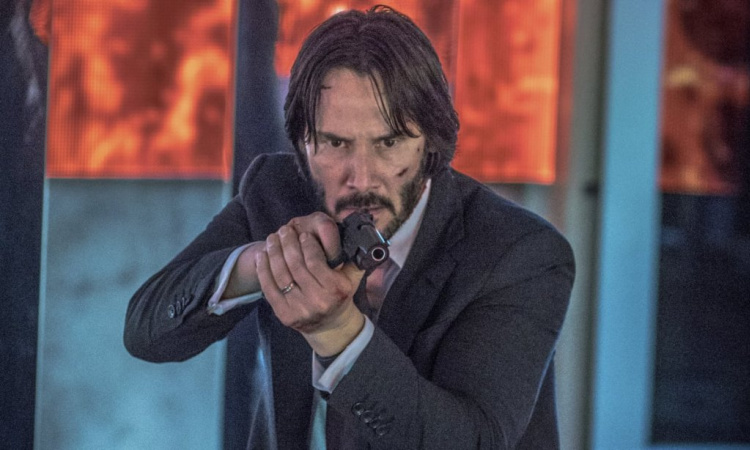 We’ve all seen Keanu Reeves training with firearms and learning to not only look good with a gun in his hands but to perform with one. The first movie showed a man very comfortable with guns and who handled them like the world’s best assassin would. We see lots of reloads, Mozambique drills, headshots, and John always follows up with his knocked down bad guys.

John Wick is the gun version of high fantasy. I’ve heard it described as a kung fu movie with guns, and that makes sense. It’s all fantasy with an invincible hero who is always a little faster and a little stronger and who seemingly heals his gunshot wounds when he changes clothes.

The Way of the Gun is one of those gun movies that’s painfully underrated. This film stars Ryan Phillipe and Benicio DelToro as modern variants of Butch Cassidy and the Sundance kid. The flick is a crime caper of criminals of all types. The movie benefitted from the oversight of a Navy SEAL coordinating tactics and firearms handling. 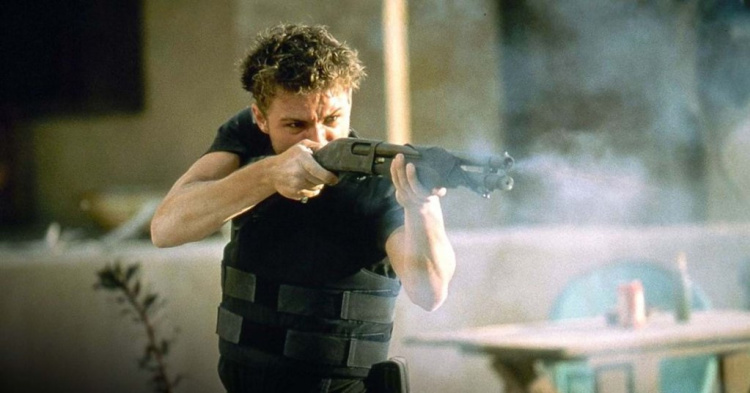 The characters who should know how to wield guns — know how to wield guns. They aim, they reload, and they use cover. The two-man criminal team use bounding techniques, reload with one hand, do press checks, and more. The gunfights are satisfying, and the closest thing we have to good guys get hurt and prove they aren’t immortal.

The movie is filled with 90s gun handling techniques and gear. Three-point slings frequent long guns, and 1911s. Pump-action shotguns, and revolvers seem to be the weapons of choice. We see a Galil in what is best described as a cameo more than an effective weapon.

Unforgiven might be a fancy-dancy deconstruction of the western film genre, but it’s still one of the best gun movies. At least in my opinion. A few scenes really seal that deal for me. The first is when Will Munny pulls himself off retirement and uses his old six-gun to try and shoot a can. He misses over and over before deciding a ten-gauge double barrel is a bit easier to use. This shows that skills degrade even for the heroic gunslinger. 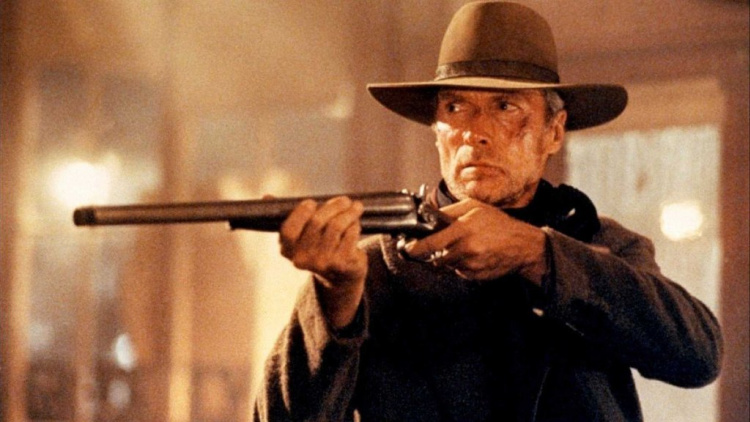 The second is the Davey shooting. Here Munny, Ned, and the Kid are perched up high with a rifle. Without spoiling an amazing film, I will say they are facing off against a superior force, but that force is armed with handguns. They use the high ground, cover, and a long gun to get the jump on the bad guys below.

The end shootout is intense and fun, but some of the realism falls apart. A man flies rearward from a shotgun blast. The shootout is painfully slow, with the hero taking his time killing men who miss him at only a few feet away. It’s not very believable and feels poorly coordinated.

Oh, I am cheating with this one. Act of Valor was made with active-duty Navy SEALs filling the role of actor.  The weapons handling is going to be top-notch. The men wielding these guns are trained professionals, and some of the best shooters in the world.

The Seals use authentic guns and gear and wield them professionally. In some scenes, they don’t shoot a bad guy once, and he dies, but they shoot him to the ground. The gunfights move at a breakneck speed that gets your blood pumping. The gunfights are interspersed with cool first-person shots. Also, the Seals miss, and that’s completely believable. In a gunfight, everyone can miss, and it’s completely believable that even a trained professional misses in a  rapidly moving gunfight.

The bad comes from editing and post-production. In the Mexico shootout, the SEALs are firing dozens of rounds at bad guys coming at them. Then randomly, a shot pops perfectly into the T zone of a bad guy. Not just once, but over and over in an annoyingly unrealistic way.

I know what you’re thinking, Jarhead 3? How in the hell did it make the list? Why did you watch it? What is going on? Well, listen, every New Year, my buddies and I get hammered and spin a wheel with a bunch of bad movies on it. Jarhead 3 was one such selection. It’s not a good flick. It’s a little cheesy, has terrible cinematography, and was made cheaply. I’m not suggesting you watch it, but as far as gun movies go, it is solid.

When you look just at the gun handling, you’ll be pleasantly surprised. The actors most certainly underwent a good degree of training before they dived into their roles. It shows in the way the characters handle their weapons, their stances, and also some random highlights.

Those random highlights include an awesome AK speed reload by the resident hot chick, aka CIA agent. Another is a great on-the-fly shoulder swap while a Marine is rapidly moving down a hallway. We rewound the movie just to watch it again. Heck, in a scene where a van charges a gate, the local, national police officer flies into a perfect isosceles position to engage the vehicle.

Well, it’s a terrible movie. While the actor’s movements are good and their gun handling is impressive, the movie still sucks, and the big picture tactics are highly questionable. It’s also a direct to DVD budget sequel that has nothing to do with the first Jarhead. Worth watching only when boozed up with friends.

So these are some of my favorite gun flicks. The thing is, there are hundreds of action movies out there, and I can’t possibly have listed them all. So I turn it to the comments section. Tell us your favorite movie that integrates guns, gear, and tactics, and tell us why.