Powered Targets for your Thermal Scope 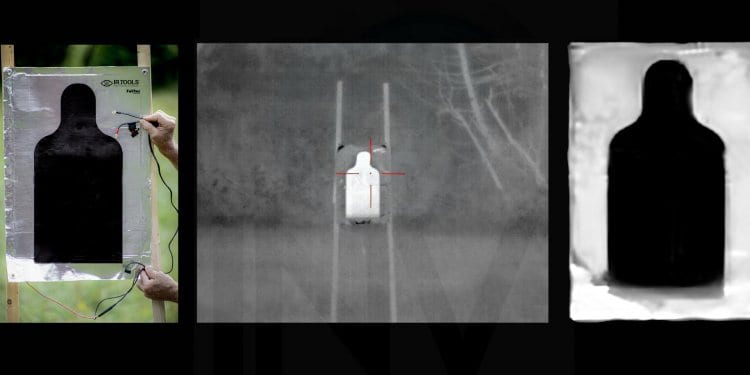 From an unclassified location in Crofton, Maryland, just a stone’s throw from Annapolis, comes word of a new thermal scope target option, courtesy of IR.Tools. You’ve got a thermal device mounted up: what are you gonna shoot it at to zero under actual thermal conditions, to train on it, or just to do what GW Ayers describes as “turning gunpowder into smiles”?

You use a thermal target for that thermal scope. Thermally. Or so this fictitious reporter would think. 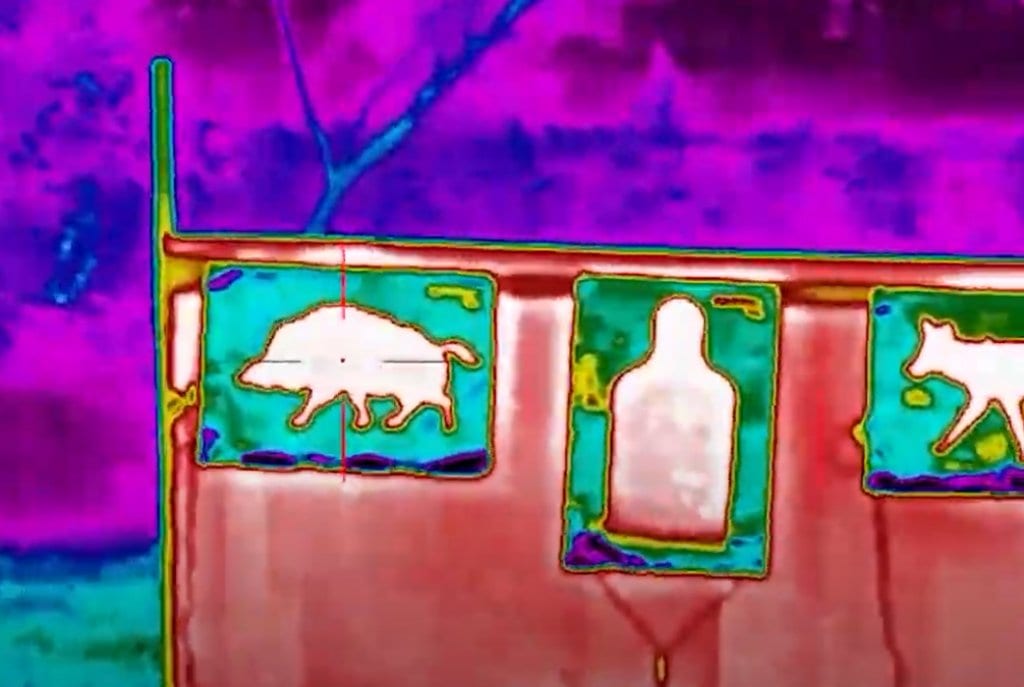 Well, technically they’re just thermal targets. After all, you could aim at them with all sorts of thermal/IR-capable devices. We believe this might be something well worth considering for your nightvision-equipped range or hunting excursions.

The powered, thermal heated target line is made by IR.Tools with a proprietary material called Fabroc. They’re built with a rubber-like material without wires (so there is no need to worry about cutting lines or short-circuiting anything).

The manufacturer tells us, “Powering up on a 12 or 24-volt battery, the integrity of this lightweight, heat-efficient target remains intact for over 500 rounds, with a consistent thermal image and no flaring to disrupt training exercises. ”

IR.Tools is no stranger to thermal/infrared, science-y stuff. You may remember them from the 3/4 in. IR patch sewn on lots of US military uniforms, or their other infrared patches, IFF panels and markers, and of course shooting targets for night vision and thermal image in widespread use in many countries.

Tom Boyer, the owner and lead engineer of IR.Tools, has been the driving force behind the acquisition of 21 patents.

What makes this thermal shooting target series so unique, they say, is its durability. In fact, they advise that at Ft. Bragg, NC, some of the same Fabroc targets have been in use for as much as nine years. 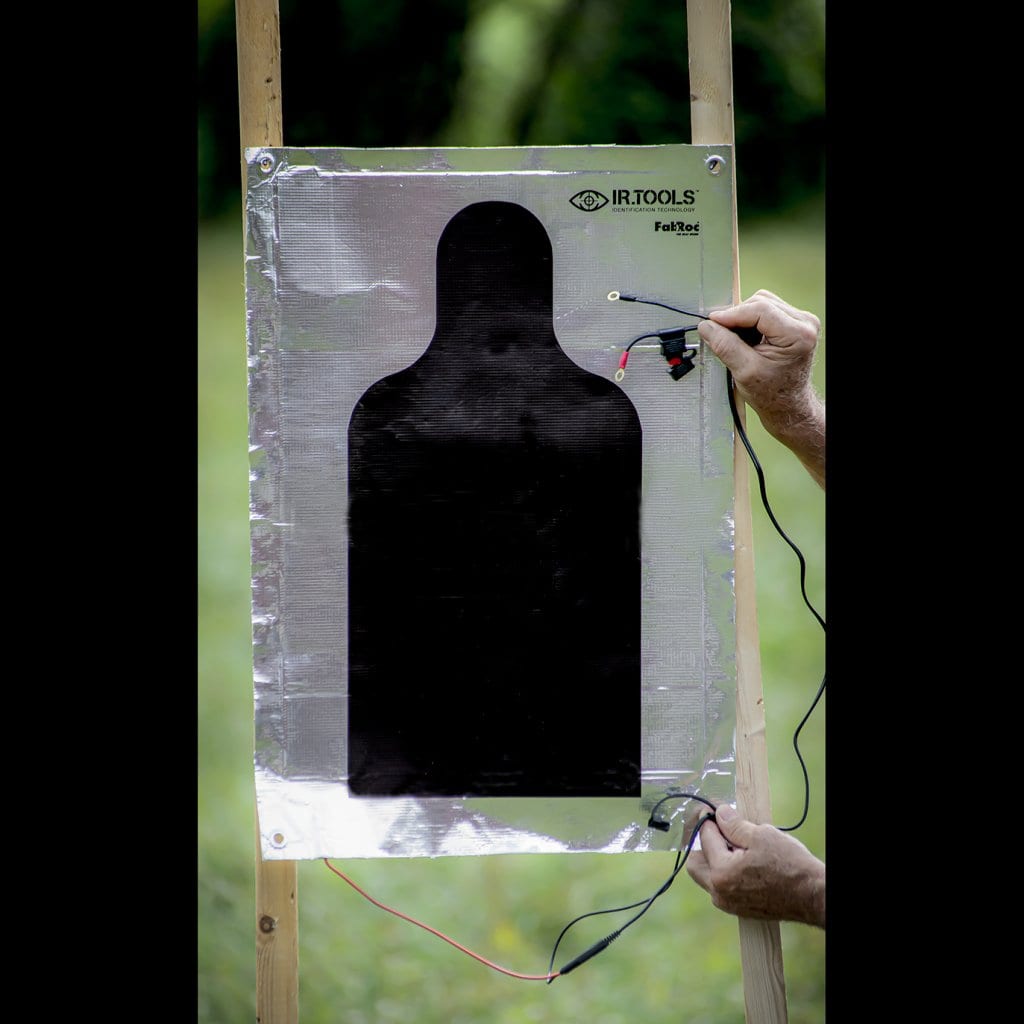 A powered target for your thermal scope or other NV device? Intriguing…

About IR.Tools in their own words: Protecting Those Who Protect Us is the IR.Tools mission. Their goal is to bring the men and women who risk their lives everyday home safe to their loved ones. In addition to advanced weapon training targets, IR.Tools proprietary IR patch, passive thermal targets, zeroing targets and thermal vehicle markers provide excellent IFF protection. Be assured your IR.Tools protection is top-notch.