Springfield Armory made a big announcement this week when it launched its first AR-style rifle. Called the Saint, the AR-15 clone is a reasonably priced semi-automatic rifle with some very nice upgrades to make it an attractive shooter for a wide range of applications.

Starting with the basics of the gun, the Springfield Saint is a 5.56 NATO chambered rifle with a flat top receiver and an A2-style front sight post. Springfield Armory opted for a Melonite treated barrel made of CrMo steel that is 16” long and has a 1”8” twist. Bullet stabilization is a lot more than just twist rates, but in general a 1:8” twist is fast enough to stabilize heavier bullets that more and more shooters are favoring.

Both the upper and lowers are made of 7075-T6 aluminum and the gun has a true Type III hard coat anodized finish. Springfield Armory stuck with a tried and true M16 bolt carrier group that is made of Carpenter 158 steel that has been shot-peened and MP inspected.

Springfield Armory went with some nice upgrades on this gun that make it worth paying attention to. Let’s start with the trigger group. All of the components in the fire control group are micro-polished and nickel-boron treated. According to the company, that provides a trigger that is very smooth with a mil-spec weight. As a guy who has pulled a lot of triggers, I strongly believe the feel of the trigger is more important than the weight of the pull. 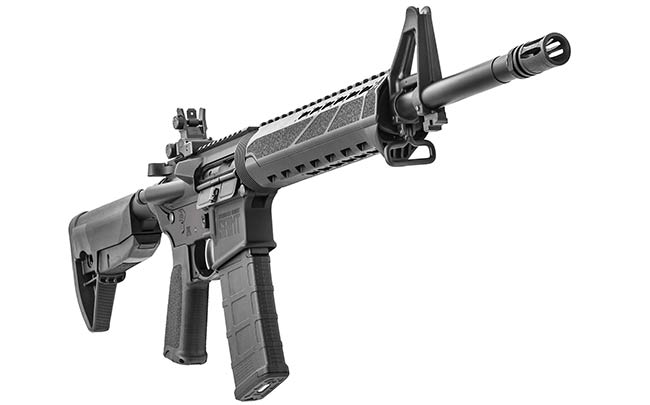 Springfield Armory went with some nice upgrades on this gun that make it worth paying attention to.

A lot of AR rifles have some slop between the upper and lower. There are some aftermarket solutions, but many of them are not terribly elegant. Springfield decided it could do a little better and opted for a system it calls the Accu-Tite system which is supposed to lock the upper to the lower in a very tight way.

On top, SA includes a folding rear sight that is matched to the front A2 post. Of course, you can also add a red dot or scope if you like.

With all of the gear, the Springfield Saint is still on the trim side, weighing in at only 6.7 pounds. Also, the price is fairly modest as well. The gun carries an MSRP of only $899. While you can find a quality AR from another prominent company for less (I’m thinking the S&W Sport and Ruger AR-556), none of the other options have this bevy of upgrades which more than make up the price difference.

Included with the rifle is a single Magpul PMAG M3 30-round magazine. This is a good magazine, but one is not enough. AR magazines are inexpensive and should be bought in bulk. If you’ve ever lived through a gun shortage, you know what I’m talking about. 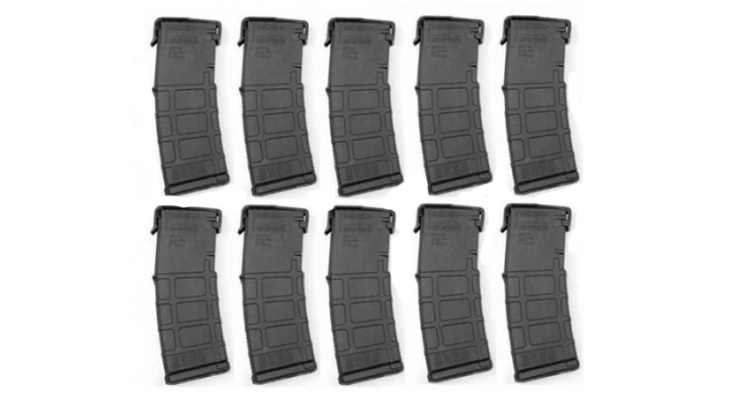 Take a look at this 10 magazine package of third generation PMAGs for an easy insurance policy against future shortages. These mags will work with the Springfield Saint and all other AR-15 rifles on the market.