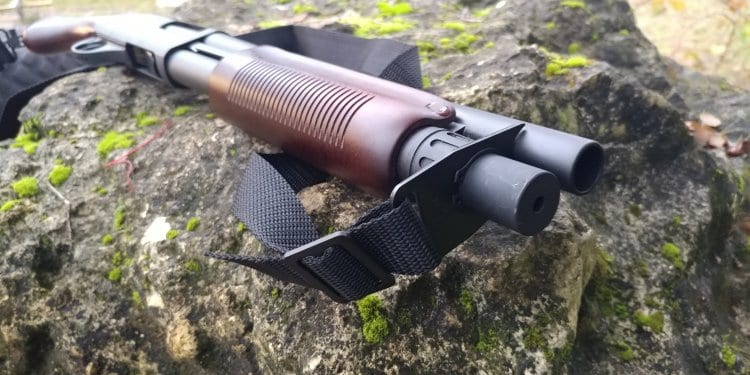 The U.S. Marshals are the country’s oldest federal law enforcement agency. Their storied history is full of gunfights, felons, and plenty of bad guys getting their rightful comeuppance. The U.S. Marshal’s service has a unique role in the Federal Court system that protects high profile witnesses that are often in danger due to their testimony. This lead to the creation of the Witness Protection Program. 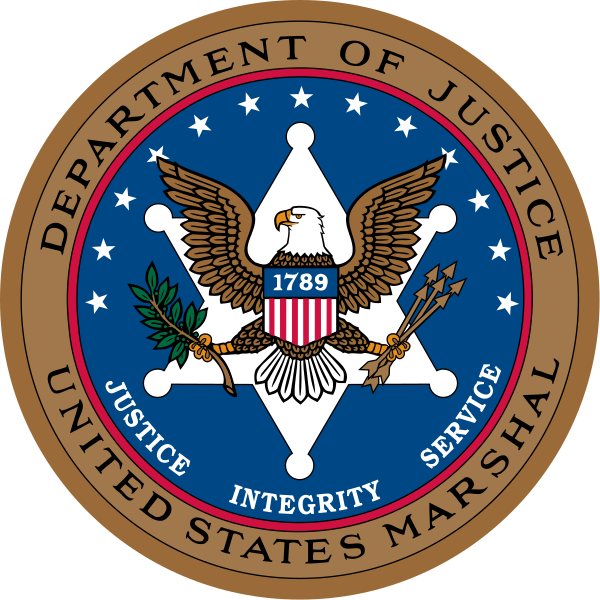 Three men initially developed the guns according to a S.W.A.T. article from 1984. According to this article, the prototypes were produced by Gene Thompson, Lynn Jordall, and Jim Wilson. These guns were developed to protect witnesses with a sledgehammer’s worth of firepower.

The Witness Protection shotguns are specialty made weapons designed to give Marhsal’s low profile firepower in a compact and brutal package. 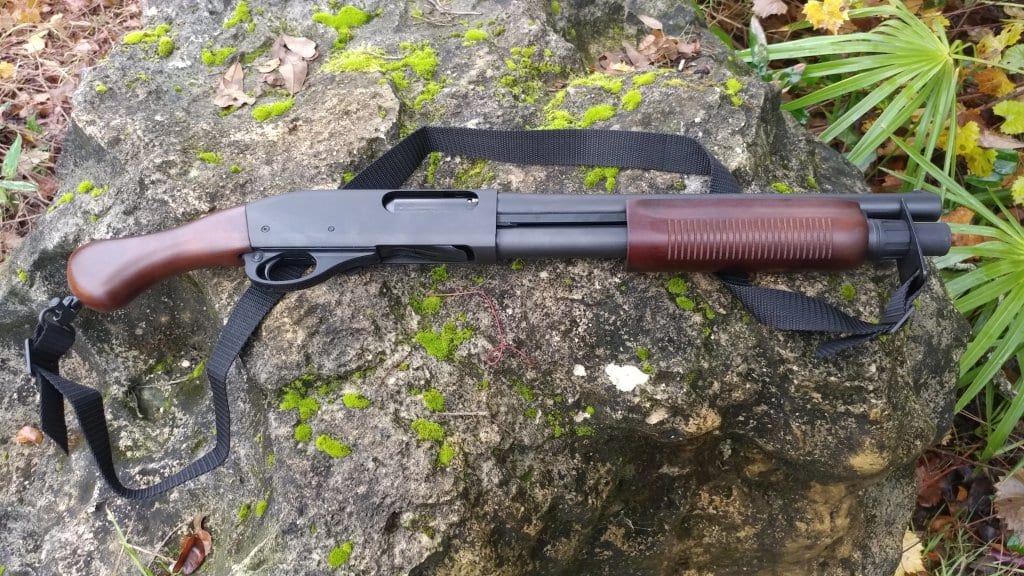 There are a number of configurations for these guns, with the original models wearing 14.5-inch barrels and later Wilson Combat guns having 12.5-inch barrels. These shotguns lacked a stock and instead wore a bird’s head grip that was initially a stock, cut, filed, and sanded into a smooth grip.

The gun was then outfitted with a handguard stop that doubled as a sling point with a second sling point positioned on the rear of the grip.

Wit Pro Shotguns were made from Remington 870s and its hard to find much official information on how many of these guns were used, and how they were issued. I’ve reached out to USMS Historian, but they could not comment on any alleged equipment or tactics used by the Witness Protection program.

What’s the purpose of this weapon? What does it do that another weapon cannot? At first glance, the gun looks quite clumsy. The modern Shockwave 590 and Tac 14 are very similar in design, and most people accept the fact they are range toys.

Why would the USMS invest in range toys with their Witness Protection models? These short, stockless shotguns do have a spot in the defensive and tactical world, and its a very niche role. 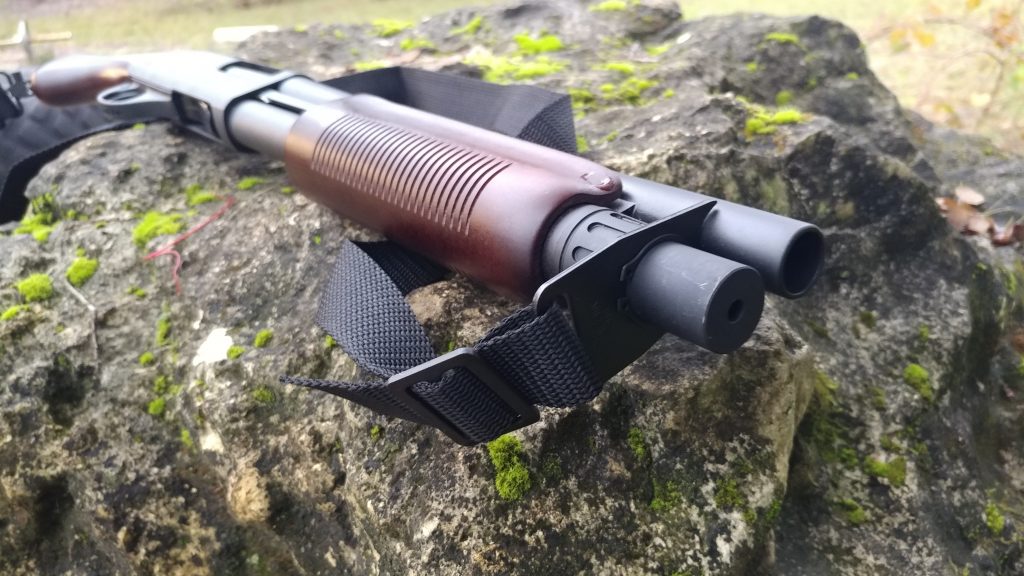 A Sledgehammer Worth of Firepower

The name Witness Protection tells you what it’s for, and that makes sense when you think about the timeframe this weapon was used and what it entails to protect a witness.

A high profile witness can be a high profile target and one of the most vulnerable periods of protection is when you are moving them from point A to point B. In a situation where you are in a vehicle, you want a weapon that’s small, easy to handle, and powerful.

The shotgun is uniquely suited to hit moving targets, and the shotgun is more forgiving when you fail to have perfect marksmanship fundamentals. This made the Wit Pro shotguns well suited for use inside vehicles and dealing with threats while the car was moving.

Of course, as a small weapon, the gun was easy to move in and out of vehicles with. It could also be concealed with a long windbreaker and a sling. Drawing a ton of attention is never a good thing, so having a powerful, and a concealable weapon is quite handy.

If someone is seeking to attack and kill a witness the most likely approach will be close range, with lots of shots fired very rapidly. Something like the attempted assassination of President Regan.

The idea of some elite trained assassin is largely a work of fiction, especially in the United States. More than likely any killer would be your common thug wanting to make his bones. 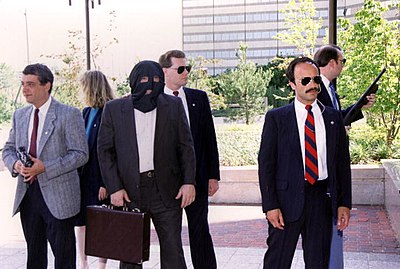 US Marshals During WitPro Drill, Notice the Uzi and Shotgun

Someone who wants to run up, hit their target, and flee. At close range, you need lead on target, but that lead still has to be effective. It’s a real challenge to put effective rounds on target under stress rapidly. You can pump a bad guy full of holes, and he may bleed out in 30 seconds, or 10 seconds, or even 5 seconds.

In those 5 seconds, that bad guy could get off how many shots? 10? 15? More? Next time you are at the range see how many rounds you can put on target in 5 seconds.

Putting a round through a man’s brain, heart, and even the lungs will likely stop him a bit faster. That’s the goal of shot placement. This is where the Witness Protection shotgun stood out. 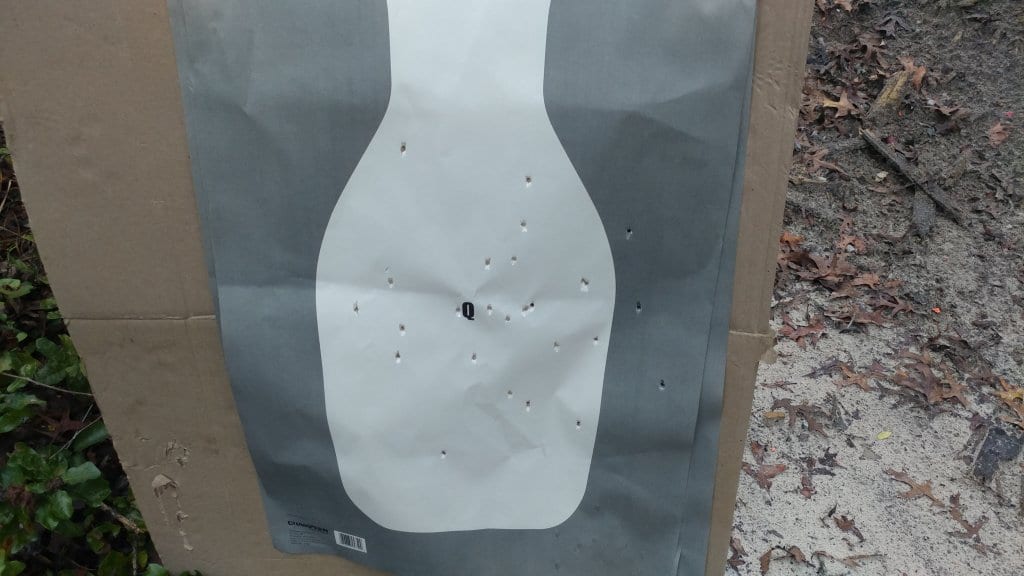 10 Yards and a Blast of Number 4 Buckshot

The Witness Protection shotgun isn’t the best gun for an extended gunfight, but it excels in being a reactive weapon. You react to a situation and end it quickly.

You don’t take Fallujah with a Witness Protection shotgun, and I wouldn’t even want to clear a house with it. It does serve a niche reactive role very well.

The short barrel and lightweight makes the gun maneuverable. The fact it fires shot over one round means you have a greater chance of hitting something vital.

Vital hits will stop the fight immediately. Even if you miss something like the heart or lungs, the nine pellets of 00 buckshot will still do tremendous damage. 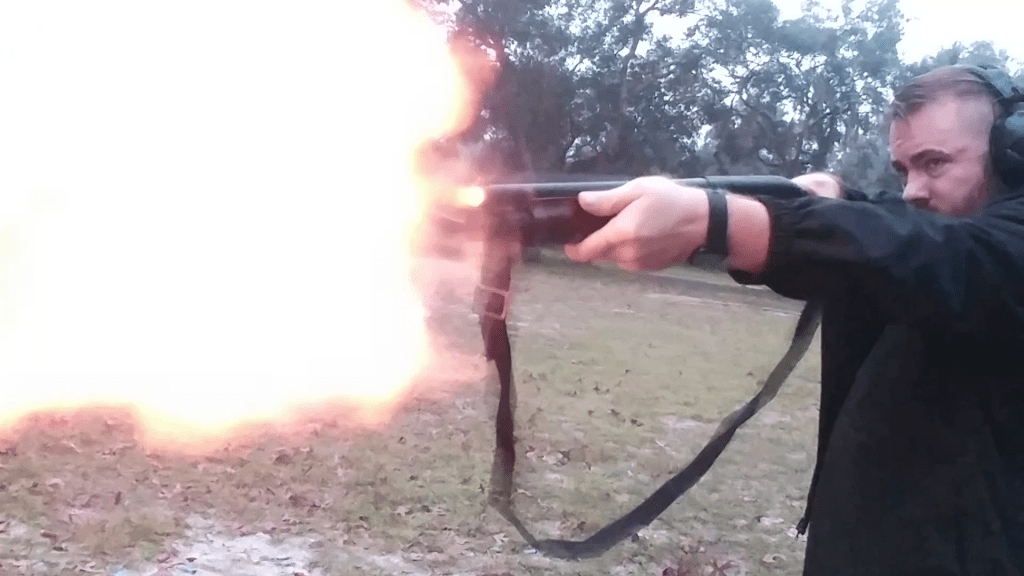 At worst it’s still as effective as a handgun or even submachine gun firing rapidly into an opponent. At best its a fight stopping, organ liquefying cannon that’s a little over 2 feet long. With 00 buckshot you got nine pellets, and the spread of the shot was favorable.

With Number 1 Buck you get 16 pellets, and with Number 4 loads you got 27 pellets. This means more opportunity for the pellets to strike a valuable organ.

Even at superbly close ranges, the pellets may hit the body with barely any spread, but they will spread inside the body, creating cavernous damage. Shotguns, in general, are great for catching moving targets, and the WitPro’s maneuverability makes it even more lethal to moving targets.

In the 80s and early 90s, the competition for a concealable weapon was a handgun or a submachine gun. The mini AR hadn’t been perfected or accepted yet, and we had no idea what kind of effective rounds were necessary to get decent ballistics from a super short AR. It’s hard to imagine now but there was a time where you couldn’t just buy a receiver and build a gun. Heck today you can buy a piece of metal called an 80 lower receiver and just build your own gun from nothing.

The handgun was clearly issued to every Marshal, and the SMG was an option. Especially something like the MP5. However, is either option better for the intended purpose of the Witness Protection shotgun? If the mini AR was around would it even be better? 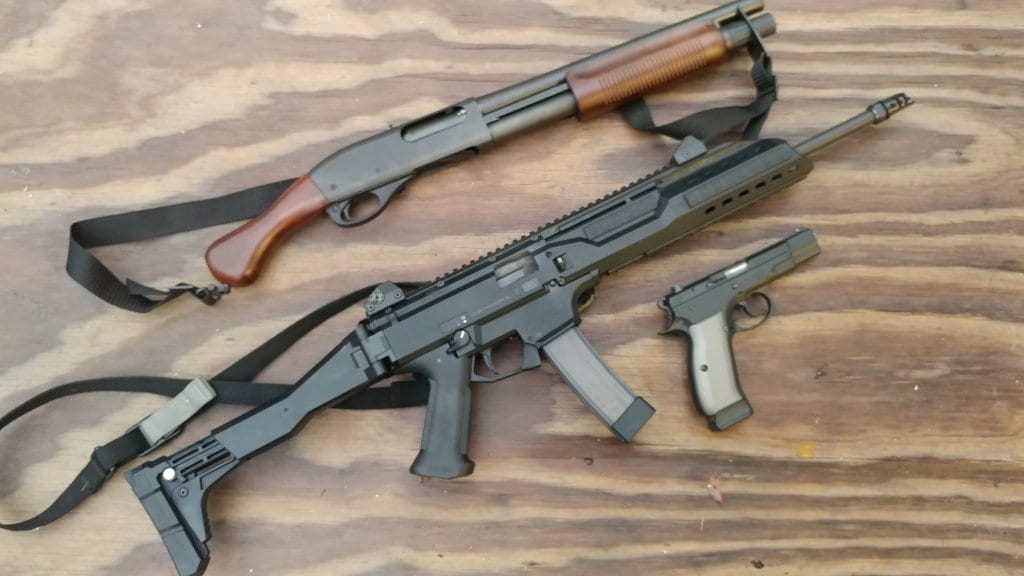 I took out a few guns to run side by side with the closest thing you can get to an original WitPro gun, the Tac 14 Hardwood model.

I took it out beside a CZ 75, my stand-in for the 80’s favorite all metal DA/SA pistol and a CZ Scorpion because it’s the closest thing I have to an SMG on hand.

>Targets were set up at 10 yards and I wanted to run three times drills with each weapon. The goal was simple, put nine holes in a target as fast as I can. This meant one shotshell, versus nine single shots for the handgun and SMG. Each drill was started in the low ready with a round chambered and the safety on.

It was fast and simple. Put the bead on the target, disable the safety, pull the trigger, and the drill was over. With proper form, the 00 buckshot I was using was controllable and patterned pretty wide. 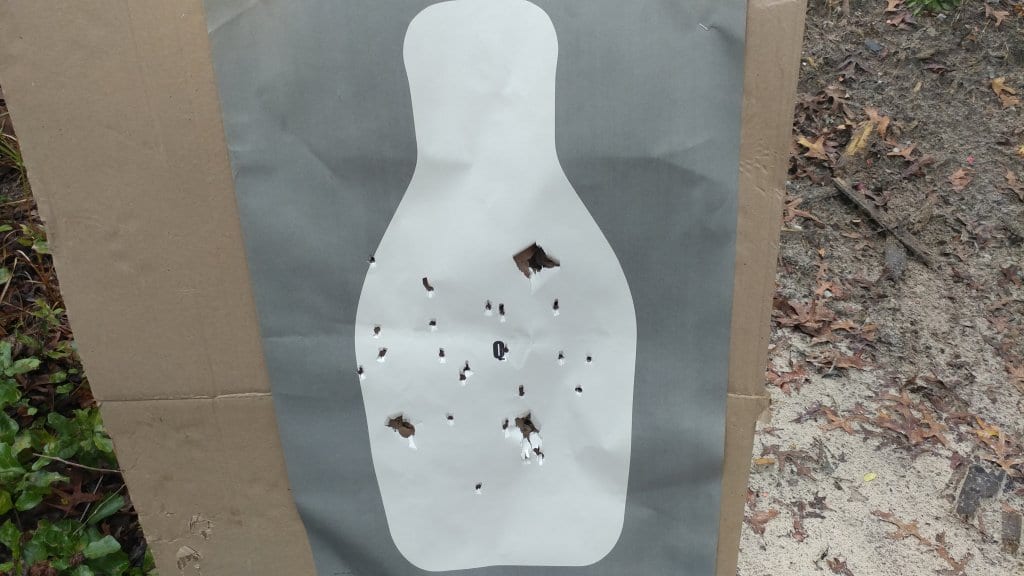 The CZ Scorpion had a malfunction in the first run which made me consider another point of data. The more times a trigger is pulled, the more likely a gun can fail. 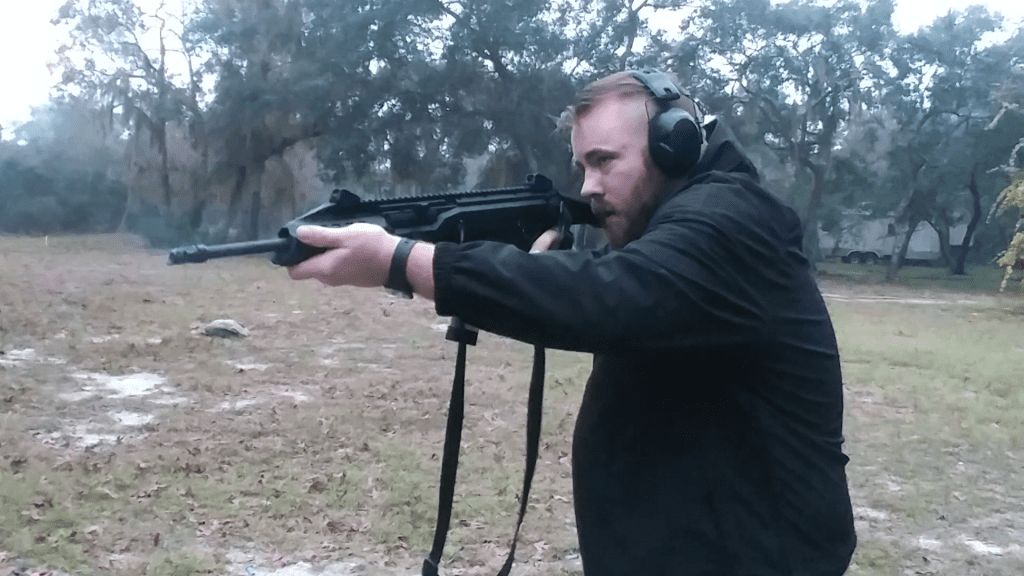 The Scorpion has always been a reliable gun, and of all times to have a failure to eject it would be the first round of this test. I fired an additional run with the Scorpion for a total of 4 and the times were as follows.
– 3.2 with failure
– 1.61
– 1.23
– 1.02

Outside of the failure, the CZ Scorpion was slightly slower in getting 9 rounds on target. 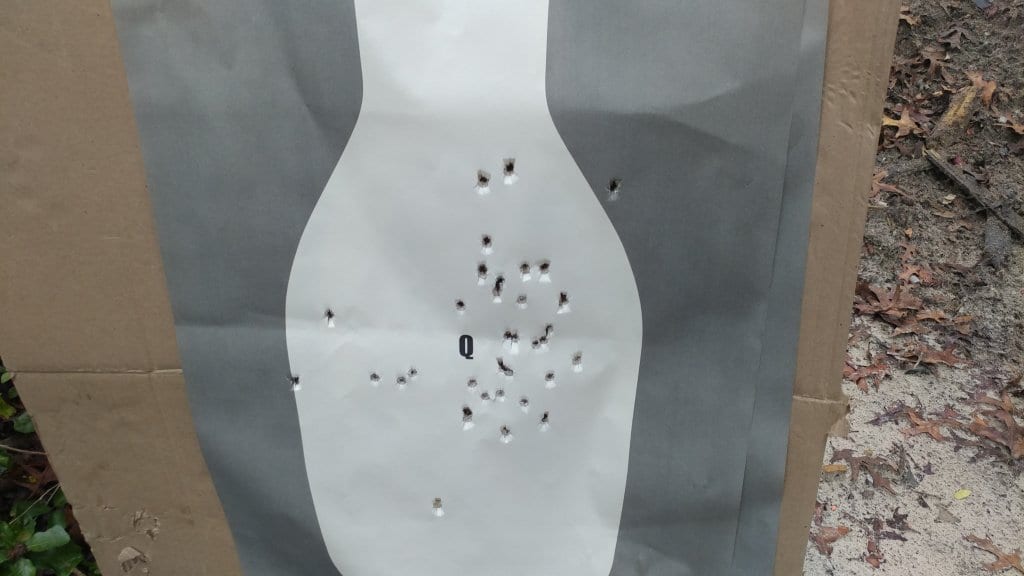 Lastly, the CZ 75 performed flawlessly but predictably was the slowest option. 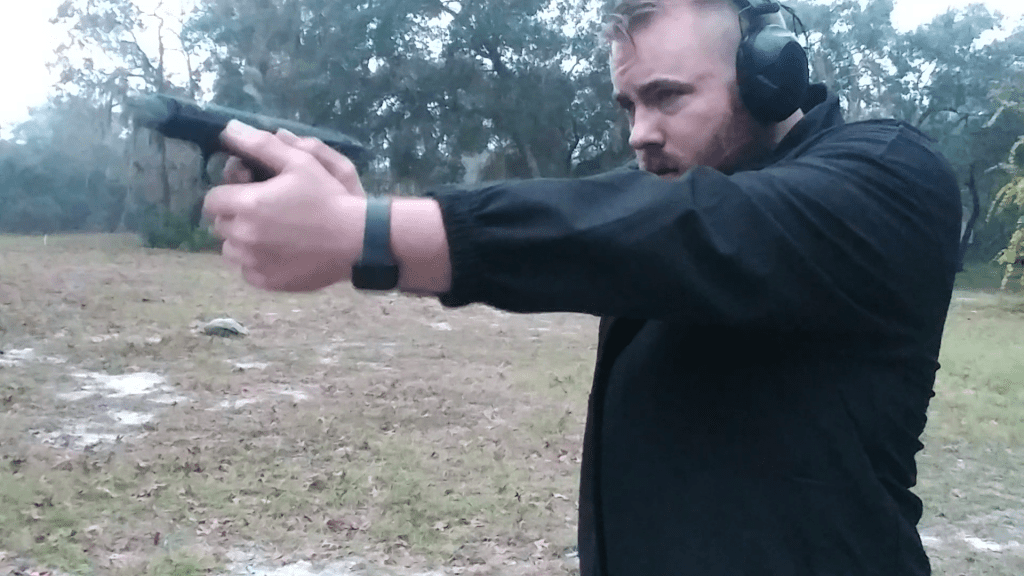 It still put the rounds where they needed to go, and the CZ 75 is an accurate and easy shooting gun.

Is a round of buckshot the same as nine rounds of 9mm? Not quite. They do both put nine holes in an attacker, but with modern defensive ammo the 9mm bullets will likely expand and do more damage overall.

The damage they cause through expansion does take time to affect the body. The damage done by a shotgun is often done immediately. A get what you see scenario. 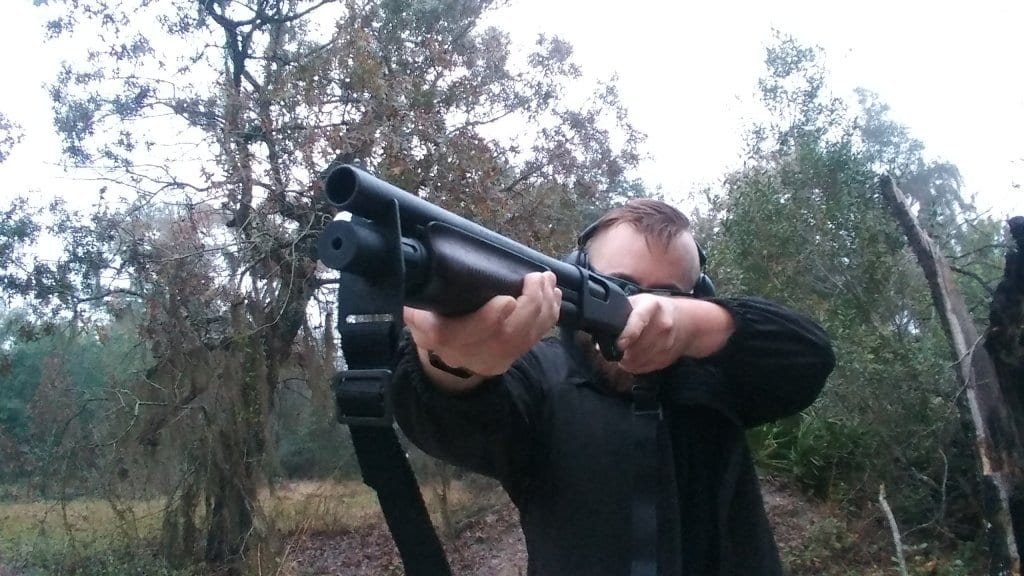 The Witness Protection and shotguns, in general, offers a speed advantage when it comes to reacting to an opponent. In some situations half a second to a full second advantage.

In its role as a reactive weapon the Witness Protection shotgun is great. Outside of that it’s cumbersome, not made for a high volume of fire, hard to reload, and a bull when it comes to recoil.

Recoil can be managed with a combination of proper technique and ammo selection, but the gun is not for beginners. It takes a lot of training and practice and the benefits the WitPro offers over other platforms might not be worth the time, ammo, and energy needed to master the gun. 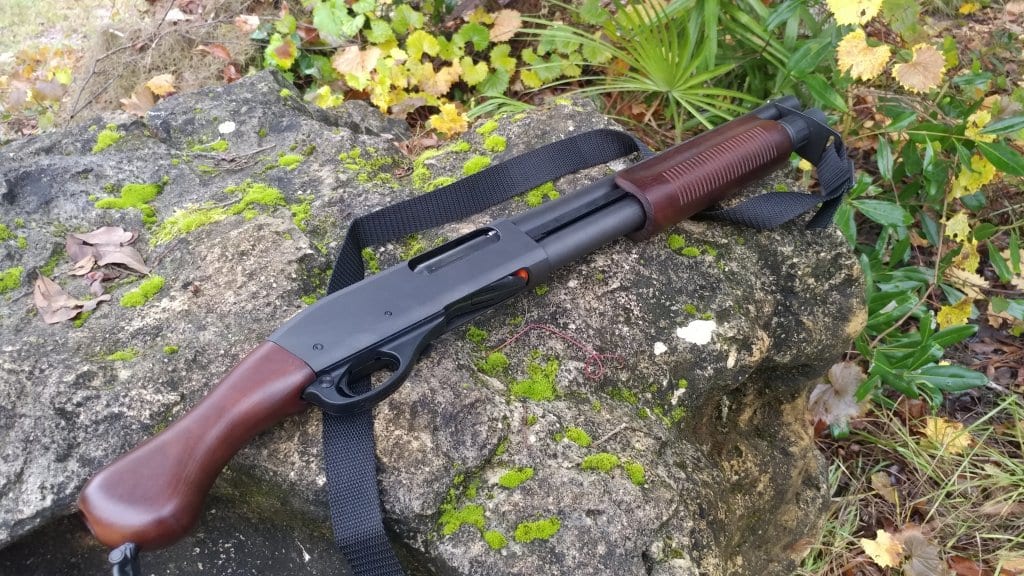 The Witness Protection concept is a good one, in theory, but its far from perfect. It works, but is limited in scope and versatility, especially if it comes to engaging multiple attackers, or being involved in a prolonged fight.

If the USMS still uses the WitPro shotguns, I’d love to see their training, but that’s not going to happen. I also doubt any of these shotguns are still in service. With advancements in the mini rifle realm, it’s hard to justify such a niche weapon for law enforcement.

The gun was born in the 80s and advancements have been made, even in the pump action shotgun world. Is there a chance a modern WitPro shotgun can come to be?

With the rise of magazine fed shotguns, it is a possibility. With a mag fed shotgun you can go even shorter, without losing capacity since the gun isn’t dependent on the tube. A Mossberg 590M Shockwave addresses a lot of issues with the Witness Protection shotgun. 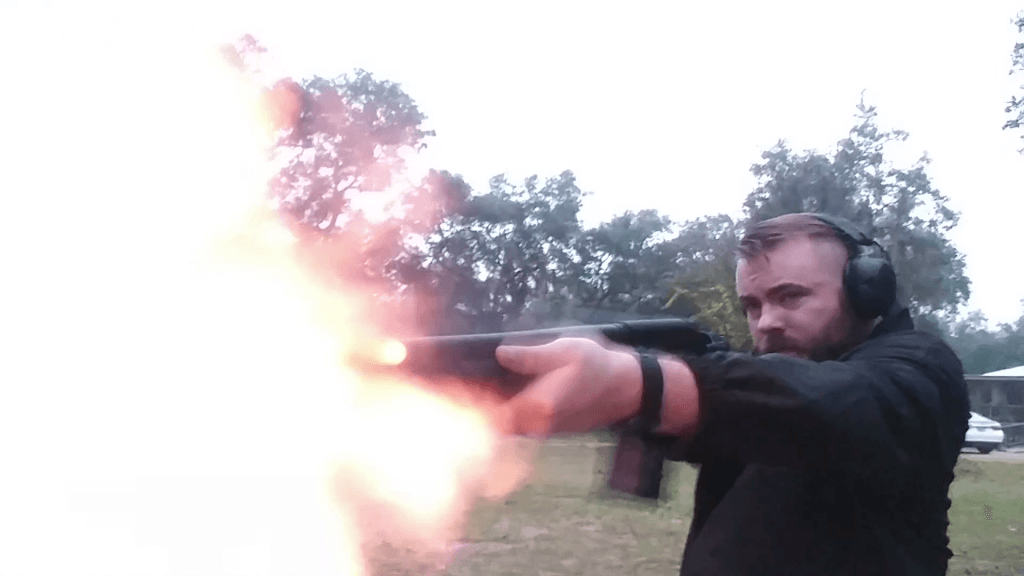 This includes a more intuitive reload, a higher capacity, and the ability to stay in the fight a lot longer. Going the NFA route could result in a folding stock to maintain the weapon’s compactness while being a capable fighting shotgun. 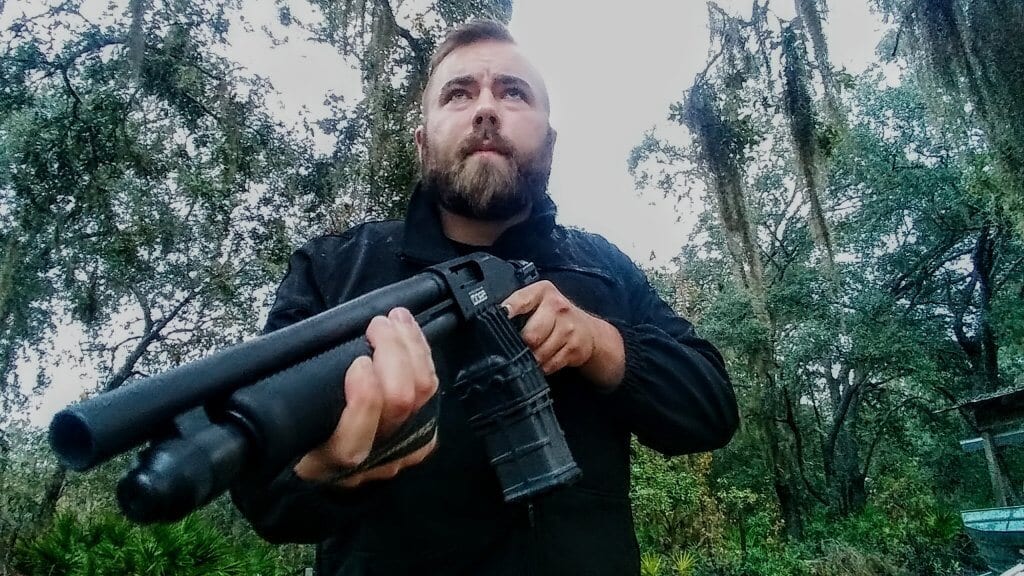 Although when we start tacking on weight we start losing the concealed ability of these guns and their light and swift nature. It’s all give and take.

Will we see this? I doubt it, but a man can dream.

The Witness Protection does have an undeniable cool look and feel to it. I purchased the Tac 14 Hardwood solely off the fact this gun looks like the WitPro models down to the handguard/sling keeper. After appearing in films like the Eraser, the Dark Knight, and the Book of Eli, it’s a gun that captures the imagination.

Has its time passed? In the grand scheme of things, yes, but its a unique part of firearms history, and the United States Marshal’s history.

• TBT: Lore from the History of Firearms