Unless you’ve been living under a rock the past several months, it’s pretty evident this has been a wild year. And while we must admit, there isn’t a real witch doctor lurking around–not yet, anyway–Adams Arms has announced its launch of VooDoo Innovations, and with that comes a different Witch Doctor.

According to Adams Arms, —

The two AR-15s are chambered in 5.56×45 NATO; and guess what, they’re available for purchase at this very moment (very moment implying the publication of this article. We can’t make any promises if you’re reading this 40 years from now).

“VooDoo Innovations grew out of a desire to improve upon existing platforms,”

“Having a history of manufacturing parts, we decided it is time to go back to the source and begin making firearms based on our knowledge of what it takes to deliver guns people want. This way we can ensure they run the way we expect, off the shelf, and at a price that makes sense. The Witch Doctor and The Dark Moon do just that.”

According to Adams Arms, VooDoo Innovations’ Witch Doctor was designed for the discerning expectations of everyday shooters. You’ll see that the upper and lower are both forged from 7075-T6 aluminum. They are also Type III Class II hard-coated anodized. Which is intended to maintain the durability and longevity of the rifle. The trigger is a standard G.I. trigger, and the M4 barrel is 16” Parkerized with a 1:7 twist.

The Witch Doctor also comes with an ergonomic free-float M-LOK rail, which is intended to allows customization. We’re also told that the barrel is capped with an A2 flash hider. You can get your hands on this 6.25 lb Doctor for an MSRP of $749.99.

The Doctor will see you now.

Adams Arms stated that The Dark Moon was built for excellent functionality and lasting performance. She comes with a 1913 Picatinny rail that extends along the length of the forend, which is meant to allow versatility with optics and accessories.

If you’re looking for a rifle that’s meant for the field, Adams Arms claims this is the rifle for you. And it can be yours for an MSRP of $749.99.

You can find more information by going directly to VooDoo Innovations. 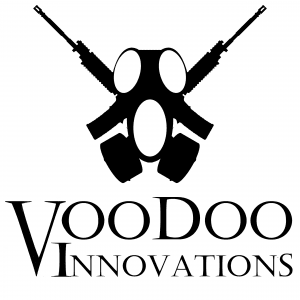