I’m not a 1911 guy, never have been. They are cool guns, but outside of some 2011 guns, one has never captured my imagination. To be fair, that’s likely because I’m too cheap to buy an excellent 1911. Luckily, in this industry, sometimes people are friendly enough to send you a loaner for Test and Review. That’s how I got my hands on the Vickers Tactical Master Class 1911.

We all know Larry Vickers, right? Green Beret, Delta Operator, Subject Matter Expert, and firearms instructor — just a legendary lad in the firearms community. He teamed up with Wilson Combat and Springfield Armory to produce a 1911 built to his standards. This model is a Lipsey’s distributor exclusive gun and will feature unique serial numbers starting with VT. 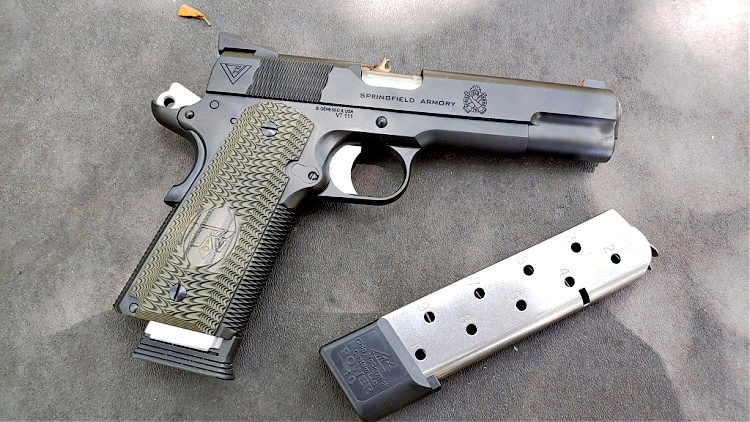 The Master Class is pure 1911 pistol with a 5-inch barrel, a GI standard recoil system, and it’s chambered in 45 ACP and is a single stack model. The Master Class comes with two 8 round Wilson Combat magazines equipped with Vickers metal bump plates. It’s simple but well crafted. It pulls the century-old design into a more ergonomically modern form.

What’s Makes it a Master Class?

The Vickers Tactical Master Class is aimed at defensive use. It’s a combat handgun first and foremost, and the design itself lends itself well to concealed carry. To make the weapon easier and more comfortable to conceal, the hammer is a Commander sized from Wilson Combat. The hammer is smaller, and also lends itself to a better trigger pull without compromising reliability.

The safety is a single side Wilson Combat safety with a large shelf for easy engagement. Lefties may not like it, but the gun has less bulk and is more comfortable to carry. The safety is very easy to click, and your thumb sits on it naturally. 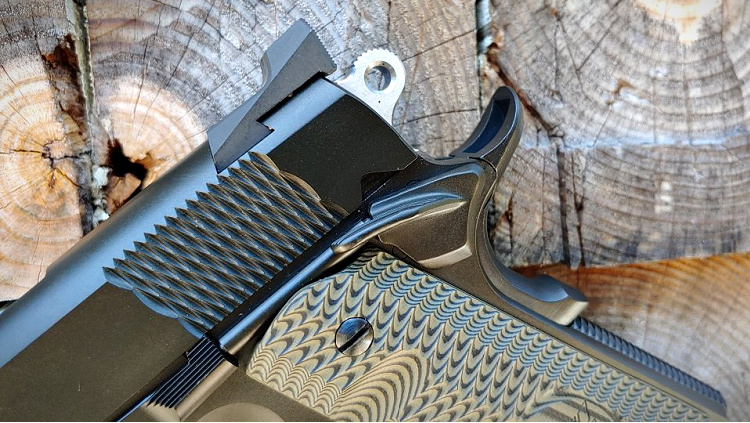 The Vickers Tactical Master Class is outfitted with a Vickers Elite rear sight, and a front high visibility night sight. These sights are very precise but remain eye-catching due to the contrast of the front and rear sight. To make those sights work, the gun also has a match grade barrel and trigger combination.

Everything is very tight on the gun. The controls click and pop with ease, and everything is very responsive. The slide is incredibly smooth and feels like it rides on well-oiled ball bearings. The Wilson Combat magazines slide in and out with ease and drop free without issue. That bumper plate from Vickers Tactical is fantastic at ensuring the magazine clears the magazine well. I also love the CMC 10 rounders and used those to save my thumbs. If you guys need 1911 magazines do I really need to tell you where to buy them?

Which leads us to one of the most impressive features of the gun, it’s accuracy. The gun is exceptionally accurate. Here’s a 25-yard group shot offhand. It’s perfect for splitting wigs at various ranges. 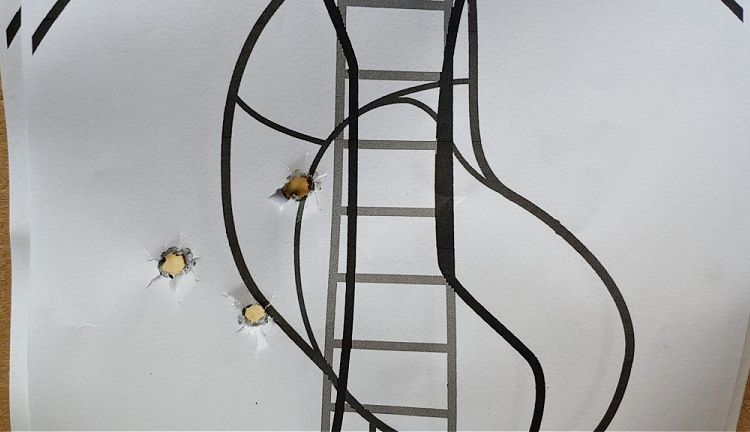 I love the iHack drill because it requires precision and a little speed. I brought out a few iHack targets and hit the range. On my first cold attempt, I shot a perfect iHack. No rounds dropped, and no time penalties. 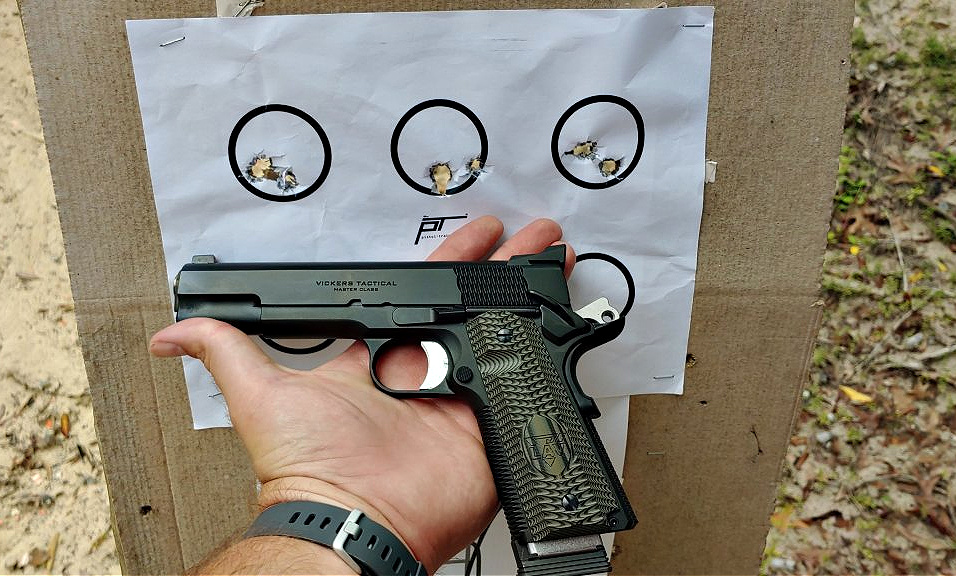 That barrel, trigger, and sights do work and do it well. The Master Class trigger is especially nice. It’s very smooth and lightweight with a great break and a very nice reset.

Up close and personal, I delivered an eight-shot rapid-fire group at ten yards that made one ragged hole. The sights were very easy to track throughout the slide’s movement, so follow up shots can be both fast and accurate. 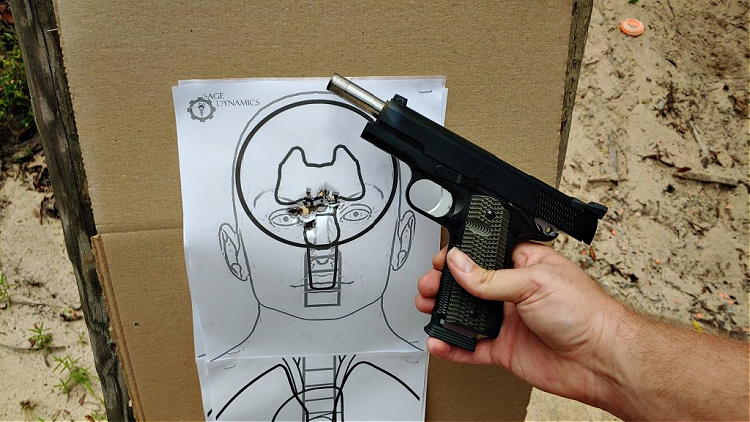 The G10 grips are aggressively textured, and the front and the back strap of the frame is also quite well textured. This prevents the gun from moving in your hands and allows you to retain the same grip when firing rapidly. The extended beavertail allows for a high grip of the Master Class, and that also gives you a bit more control. 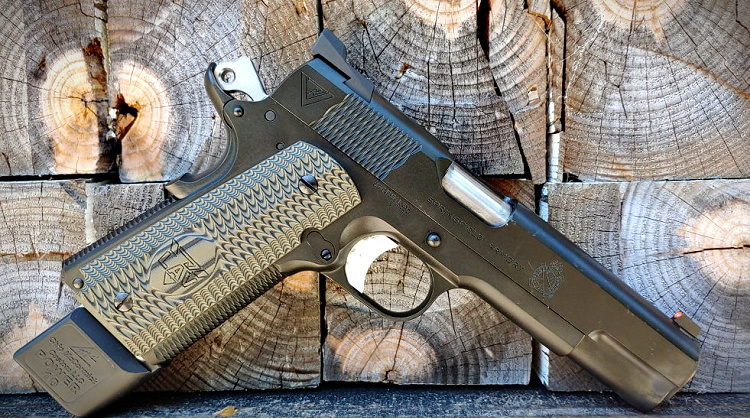 The Masterclass and I blasted through a few failure-to-stop drills, and the two to the chest one to head drill. The fastest was a failure-to-stop drill at seven yards in 1.65 seconds with a beautifully perfect centered headshot. Slower times were in the 1.8 second time frames. 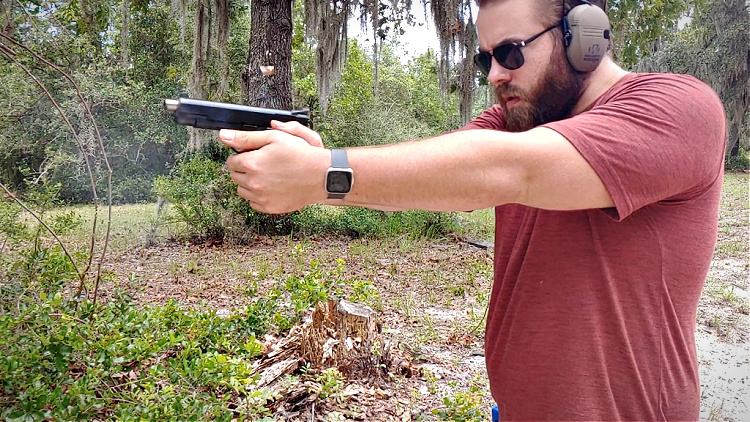 Reloads were also on the menu, and those Vickers Tactical baseplates on the magazines are a nice touch. Should the magazine fail to fall freely, the base plate allows you to grab the baseplate and rip it out regardless of why the magazine is stuck.

That extra little bumper also makes the magazine easy to retrieve from a magazine pouch and gives you a bit better rapid grip on the magazine throughout the reloading process. 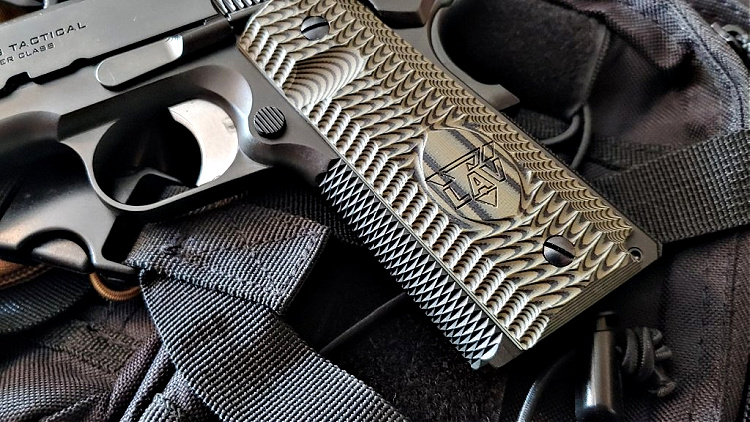 Since my area is on a sandhill, the ground can be rough of magazines. The fine sugar-like sand is hell on magazines, and both of mine grind and grunt throughout loading as the follower rubs against the sand. However, the magazines keep working without issue.

Is it Jam Proof?

Blasting through 45 ACP (more like AARP right fellas) hasn’t been this fun in a long time. The gun spits and screams out those big 230-grain FMJ loads accurately and reliably. The Vickers Tactical Master Class 1911 is quite reliable. 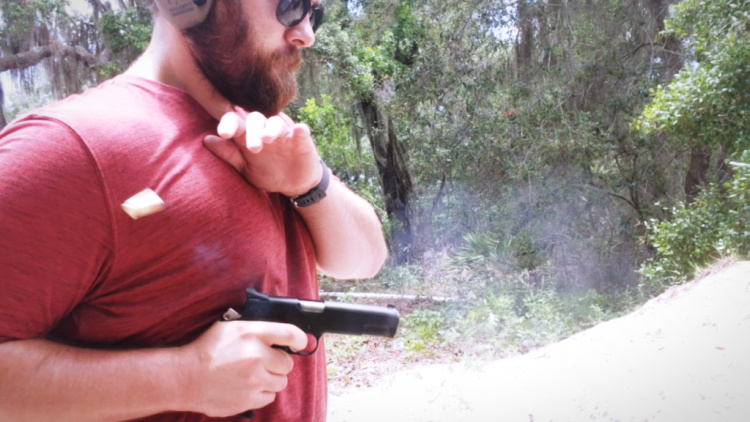 Reliability isn’t just a one-way street. Sure, it hasn’t jammed throughout hundreds and hundreds of rounds, but a lot of guns can do that. The Master Class did it without having to be cleaned or oiled or babied in any way, and it did it in a very short period of time. My range days have been limited, so when I go, I shoot a lot. I put hundreds of rounds downrange and then throw it back in the safe. I treat it like a red-headed stepchild, but it still keeps working, unlike a red-headed stepchild.

Me, You, and the Master Class

This is my first long term experiment with a semi-custom 1911. The quality of the gun is very high, and the build is impressive. Larry Vickers knows a thing or two about 1911s, and it shows. This gun is a Lipsey’s exclusive and has an MSRP of $1,495 and should be out now. Have I been converted to a 1911 guy? Not necessarily, but I think I’m starting to get it. I’ll most certainly miss this gun after I package it up and send it on its way.