Ever since I used the ACOG, I became a fan of the idea of fixed power prism optics. The ACOG is a helluva optic and rules the prism world in terms of military and law enforcement use. Technology has moved forward, and the world of prism optics has changed significantly. They’ve gotten more productive, more affordable, and now more companies are producing prism optics. After my military service, I moved away from prisms, but recently I’ve acquired two from Swampfox Optics and one from Athlon optics.

In testing and reviewing these optics, I’ve come to find myself being drawn back to prism optics. Modern prism optics have dropped in price and increased in quality. For the contemporary semi-auto rifle or even a PCC, a prism optic can be an outstanding choice.

Prism optics are quite small as far as magnified optics go. They aren’t as small as red dots, but smaller than most magnified optics, including LPVOs. They tend to be lighter weight, with a weight near the same as a full-sized red dot. A 3X prism sight is lighter and more compact than a red dot and a magnifier.

These optics are simple and very robust. They are designed to be used at various ranges and serve well as a general-purpose rifle optic. A simple design typically means a more durable optic. The ACOG was legendary for how strong and durable it is, and while not all prisms can take a bullet, they tend to be tough due to their simple design.

Prism optics have etched reticles. If the batteries die, then you can still use the optic. The reticle is just black instead of illuminated. I can appreciate that because I suck at changing batteries. Plus, electronics fail, and etched reticles don’t. 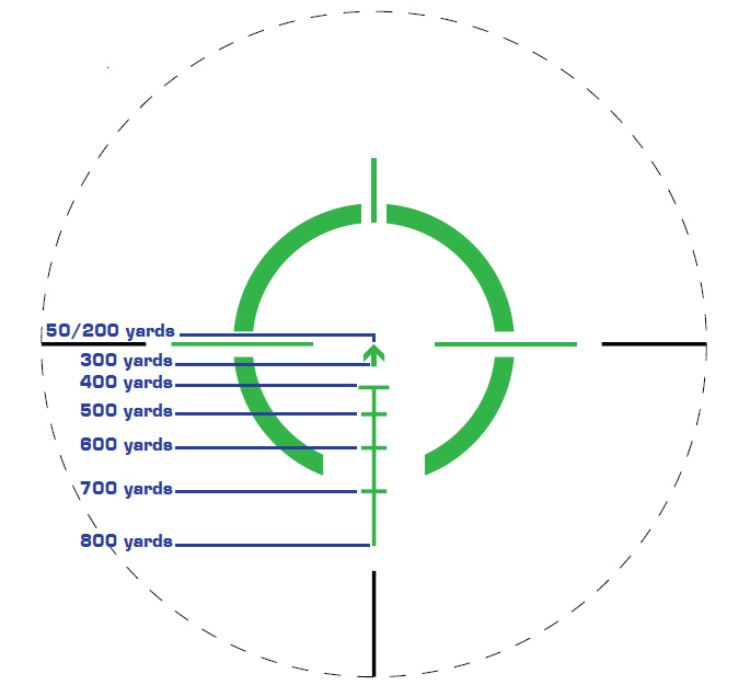 The reticles can also be much more complicated and allow for bullet drop compensators, large illuminated circles, and windage holdover hash marks. In general, you can get anything from a simple circle reticle to something sweet like the Primary Arms ACSS reticle.

Magnification on a rifle is everyone’s best friend. Fixed-power prisms give you anywhere from 1.5x to 5x power and stretch your rifle’s potential outwards just a bit. It doesn’t beat most modern LPVOs, but it does provide you with some degree of magnification. With magnification, you can better establish positive identification (PID) and have a higher chance of hitting your target.

Near and Far Capability

If you can master the ability to switch which eye is focused, you can easily use magnified prism optics for extended ranges and close-range combat. At more distant ranges, you concentrate through the optic; at close ranges you focus on the target. With both eyes opened, you’ll easily engage your target at close ranges with the reticle seemingly floating in front of you.

John at Pew Pew Tactical is a great guy, a good shooter, and has an impressive beard, but I’m afraid I have to disagree with him on 1X prisms. He can’t see a need beyond having astigmatism for a 1X prism. Admittedly that’s a big deal if you have astigmatism and red dots are blurry but with a 1X prism it looks crystal clear. 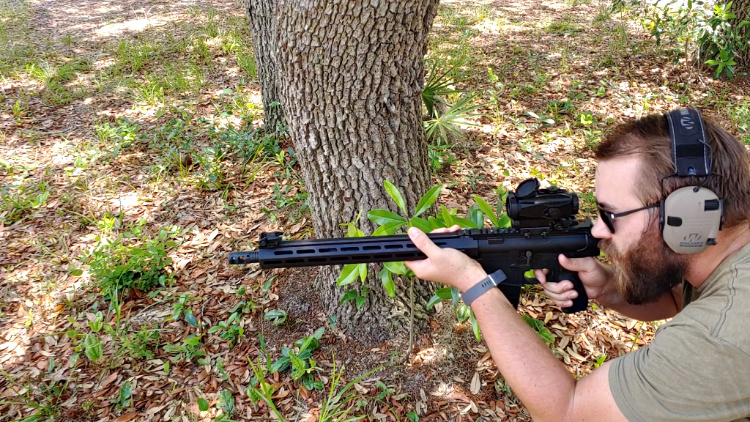 However, after using the Swampfox Blade 1X prism, I can still see advantages over a red dot. First and foremost, the Blade has a reticle that’s a bit more useful than a red dot. It features holdovers, not for long-distance shooting, but to deal with height-over-bore compensation. You can use the drop marks for precise shooting inside of 15 yards.

The massive illuminated reticle is also quite quick, easy to find with your eye, and well suited for close-range shooting.

Prism Optics seem to be making a comeback. Trijicon, Primary Arms, and Vortex have been pumping out prisms for a long time, but new companies are joining the game. As I mentioned, Swmapfox is making magnified prisms with a class-leading 52-foot field of view. Steiner is producing new Prism Optics, as is Athlon Optics. They seem to be making a solid comeback, and I’m happy to see it.