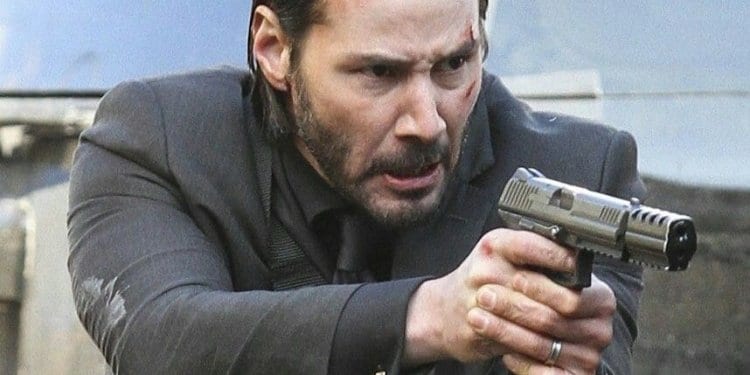 So I went and saw John Wick 3, a series now famed for its gunplay, intense stunts, and absolute lack of shaky cam. These movies aren’t Oscar bait. They are largely brainless action flicks that are a ton of fun. If you’ve never seen one,  it’s essentially an impressive set of stunts on cool set pieces loosely connected via a thin plot. It’s fun, it’s satisfying, and its chock full of guns. Let’s talk the Guns Of John Wick 3.

The Handguns of John Wick 3

Glocks, lots of Glocks, most tapped with some Taran Tactical upgrades. Unlike the other two films, John doesn’t necessarily have a handgun of choice for the entire film. In the first movie, it was the lovely HK P30L with a custom comp, in John Wick 3 it was a custom Taran Tactical G34. In this film John uses a variety of guns, often picking them up along the way. We see John, and his ally, Sofia utilizing the Glock 34, the 19, and 19X. 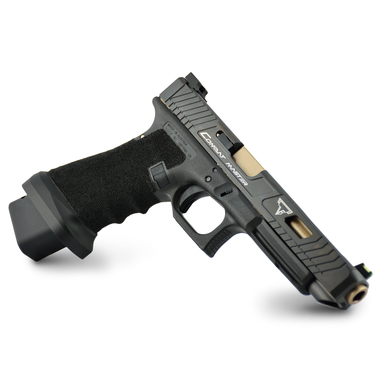 Often these guns are topped with Red dot sights, which is a nice touch since red dot equipped handguns are becoming the norm. These include some Taran Tactical models, who did John’s guns in JW2. We do see a non-compensated P30L, as well as a funny scene where John Wick handles a Remington 1875 and has to assemble a working revolver. No appearance by the Glock 47. Maybe next time.

We also see the screen debut of the SIG P365, heavily customized by Grayguns and in Halle Berry’s hand. It’s only fired once, and we get a good look at it. We also see a massive Bond Arms Derringer used in a single scene that’s humorous. 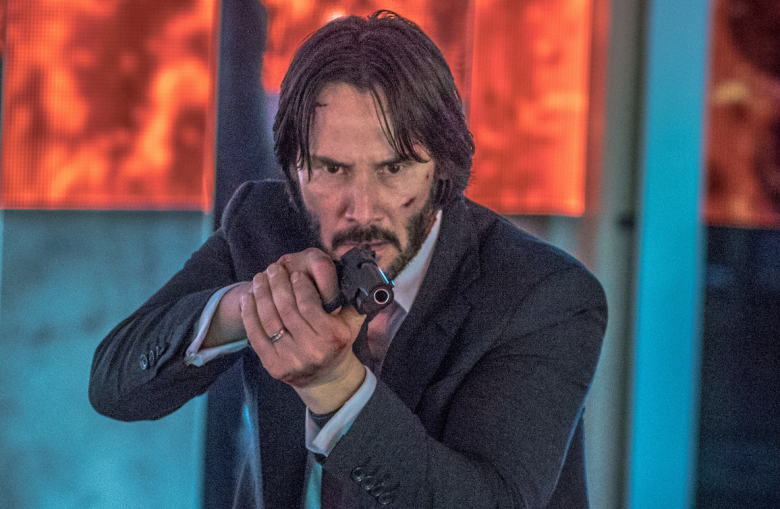 Finally, we get the John Wick hero gun near the very end of the movie in the form of an STI 2011 Combat Master customized by Taran Tactical in 9mm major. This is a double stack 1911 and it packs 24 rounds in the magazine. This is a 9mm Major gun, 9mm Major being designed to compete as a major power factor cartridge in competition. 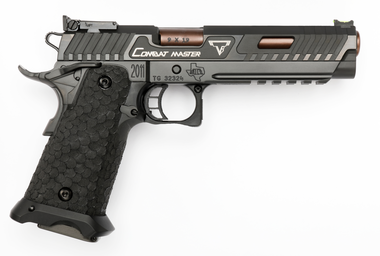 If you have 4k laying around its all yours. – Courtesy Taran tactical

In the scene where John gets the gun, we get a short commercial for the gun essentially where it’s described.

We see a ton of bad guys using a wide variety of rifles. Mostly a combination of M4/AR 15s, as well as plenty of SIG MPX action. Another hero gun is a highly customized SIG MPX with tons of Taran Tactical gear. This includes a TTI magwell, a TTI magazine baseplate, as well as some aftermarket accessories including carbon fiber handguard, Trijicon MRO and a Streamlight TLR 8. 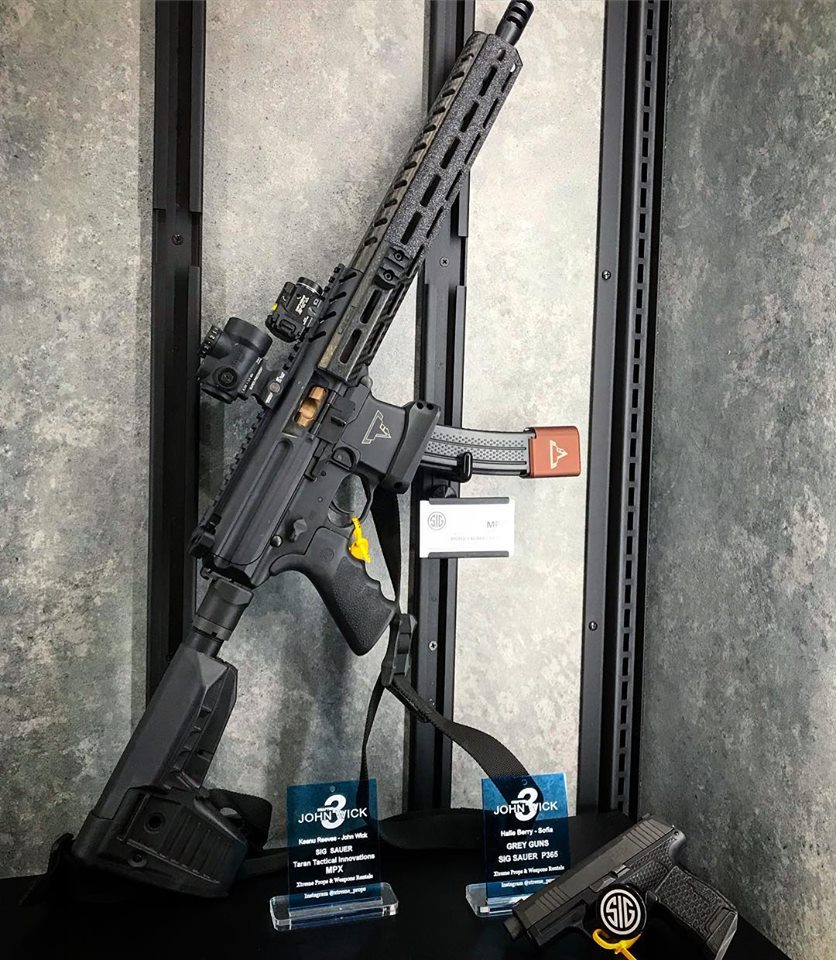 The MPX and P365 at SHOT – Courtesy SIG Sauer

Oddly, this is the carbine variant of the MPX with a 16-inch barrel. Kind of an odd choice for a 9mm gun when the John Wick can clearly get smaller, easier handling SMGs. It’s massive, and like most guns, in John Wick it is oriented more towards 3-Gun and competition shooting than actual tactical use. The guns look cool for sure, but its still movie fantasy so it doesn’t always make sense. 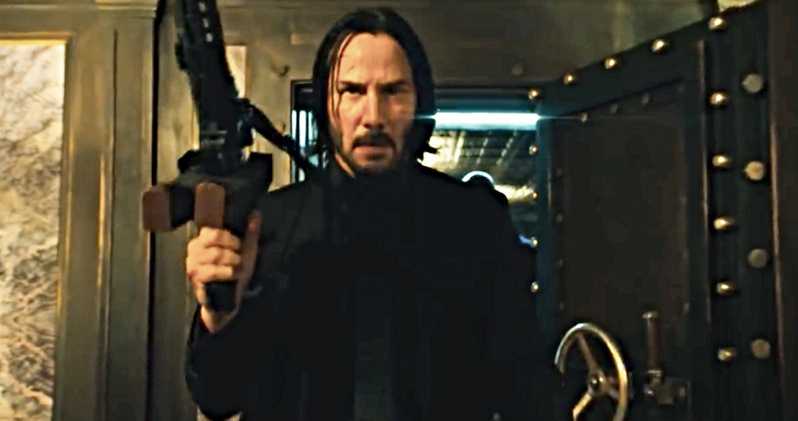 Is a 9mm a bad decision? 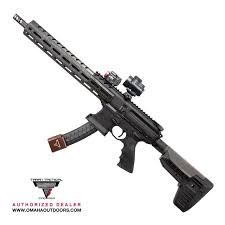 The MPX To Rule All MPXs – Courtesy Taran Tactical

Also, John reloads… a lot, especially with this rifle. he seems to reload way more than necessary for a gun that’s semi-auto. It’s odd because most movies are unbelievable because they never reload. John Wick 3 has a problem of too much reloading. At least with this rifle.

There is also a scene with an arms room where we see a massive variety of guns. This includes sniper rifles, rifles SMGs, and oddly enough SB Tactical brace equipped CZ Scorpions. Why assassins worry about federal gun laws I don’t know.

In the scene where John is getting the MPX, he’s getting ready for a massive fight, and he knows it. He passes by numerous rifles in 5.56 and 7.62 including an FS2000, a Galil, and a G36. Why would you take a 9mm that’s a full-sized rifle over a real rifle? C’mon John.

We see two shotguns in the movie. One is a Benelli M4, similar to the model we saw utilized in John Wick 2. However, John never uses the M4, he instead takes up a highly customized M2 Super 90. This M2 Super 90 predictably wears tons of Taran Tactical Innovations gear. It is referred to as the Ultimate 3 Gun Package. 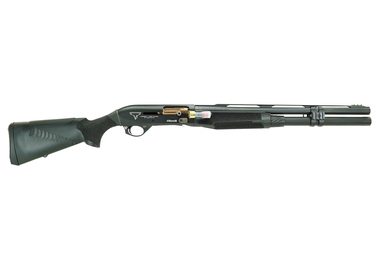 It’s a sweet shotgun, with a ribbed barrel, gold bolt, high viz front sight, spare single round holder, and what appears to be an 8 round tube. John handles it like a monster and we see several successful quad loads during the film.

The John Wick movies have always shown their actors are well trained with firearms. With every movie it steps up just a hair more. The gun handling is obviously still based in fantasy, but the actors appear to be proficient with their weapons. They don’t just reload, they reload fast and intuitively. You don’t see teacup grips or firing from the hip, or anything annoying. Both Keanu Reeves, who plays John Wick, and Halle Berry, who plays Sofia, were trained by Taran Butler of Taran Tactical Innovations. 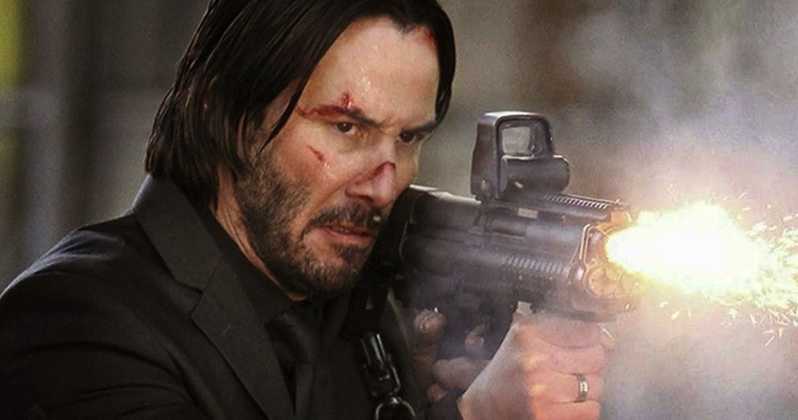 Again, the main stars are basically superheroes, but it looks good and while their tactics aren’t exactly great, they are proficient. Additionally, the stunt work is fantastic, and the fight choreography is amazing with both hand to hand fighting, as well as bladed weapons. It’s always fun, and John Wick can apparently use anything to kill anybody.

It’s one of the most fun action movies out there, and if you like guns you’ll enjoy the erratic action. At the very least you should appreciate the effort the crew put into these stunts and the time they spent shooting. Check it out and let us know what you think.