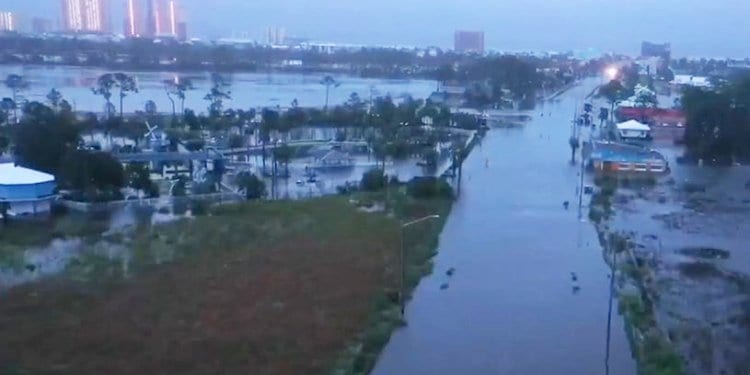 Team Rubicon   EDIT: has deployed personnel to the coasts of AL and MS to assist with rescue efforts in the wake of Hurricane Sally. They will be staging at their National Operations Center in Grand Prairie, TX – assuming they haven’t already deployed when this is published.

The target rescue team(s) will ideally consist of personnel certified (or quantifiably experienced) with water rescue operations. Each element will require the following:

Hurricane Sally storm surge along Gulf Shores, AL. Animation from a video by meteorologist @reedtimmer. Featured image above via The Weather Channel.

These elements and others like them will be assisting communities affected by the impact and after effects of Hurricane Sally. Greyshirts, i.e. Team Rubicon volunteers, should (as usual) be prepared for lengthy hours of physical labor in an austere environment, should plan on eating MREs and “billeting” in tents or vehicles.

Although the need for that team may have been met (or superseded by new requirements) by the time you read this, there will be a need for additional support.

There are many ways to volunteer, by no means all monetarily. Quite the opposite in fact. TR deploys sawyers,plumbers, people who package and deliver food, medical personnel, and volunteers with many other backgrounds and skillsets. One has but to look at TR’s recent response to assist the Easter Sunday tornadoes in Ouchita Parish, LA not too long ago and the recently completed restoration of the 100th home in Houston to see the wide range of ways someone can help. 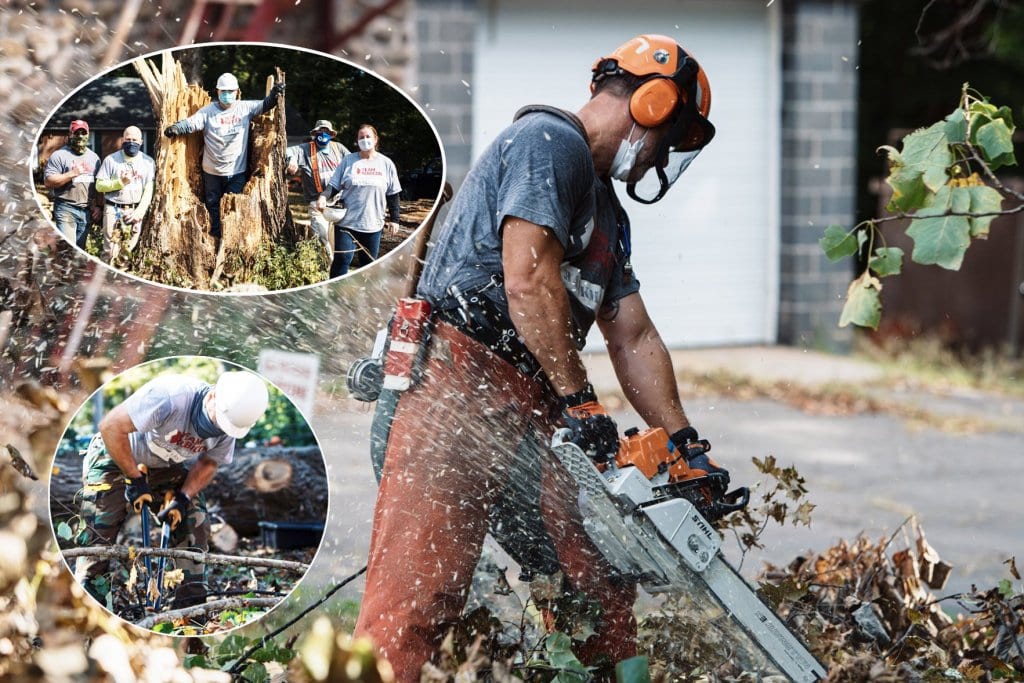 In addition to the water rescue and other pending responses to Hurricane Sally, Greyshirts continue to conduct relief efforts in areas impacted by Hurricane Laura.

Daniel Shaw, GunMag Warehouse’s own Director of Marketing (and retired Marine), during a recent deployment to Hurricane Laura as a Team Rubicon volunteer leader.

Responses to Hurricanes Sally and Laura, the fires in California, and several other disasters or community need events are just the latest in literally hundreds of TR volunteer operations since the organization’s founding in 2010. Among those are, a half-dozen earthquakes, nearly 150 hurricanes and tornadoes, nearly as many floods, and scores of other events. They’ve recently begun working with Food LIfeline, Feeding America, Meals on Wheels, and others to address communities impacted by the COVID-19 epidemic. 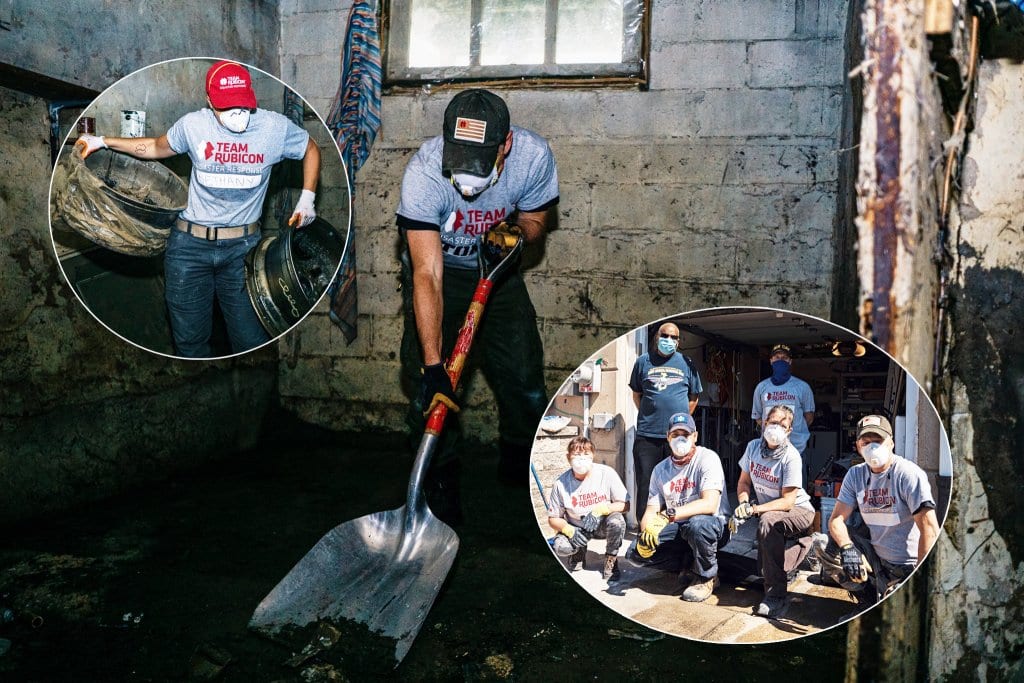 You can find additional information about Hurricane Sally and current exigent events at Disaster Response Maps.

• an A- grade on Charity Watch

• earned the World Health Organization’s Medical Team Type 1 Mobile Verification – the first NGO in North America to do so. 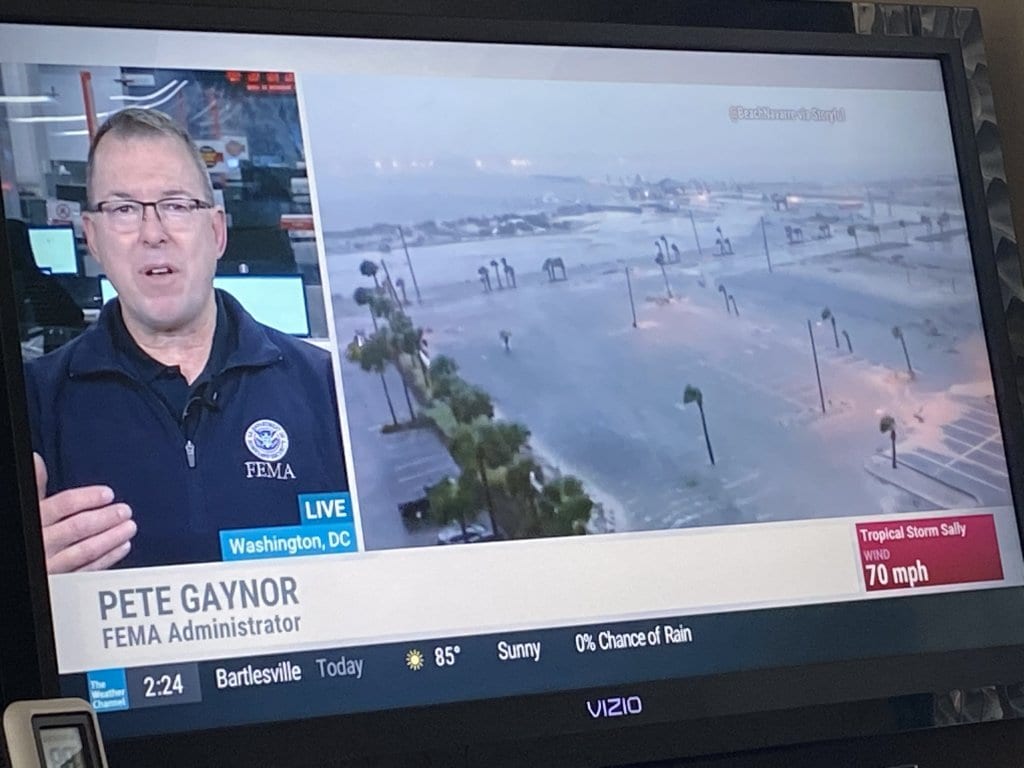 FEMA Administrator Pete Gaynor. I thought it was interesting that today at about 14h25 CST, while writing this, I heard Mr. Gaynor mention his “counterparts” in the response to Hurricane Sally. In fact, he mentioned Team Rubicon right after the Department of Defense.

⇒  On Linked In: https://www.linkedin.com/company/teamrubicon/