At the recent National Rifle Association Annual Meetings, Taurus USA announced the company would be selling a new AR-pattern rifle called the T4SA. Completely designed and built in the United States with US-sourced parts, the new gun is said to be extremely durable with a mean failure rate of one in 10,000 rounds.

The new guns are scheduled to ship in the third quarter of 2017 and will be available in a variety of configurations. Shooters will have a choice in colors, barrel lengths, and handguards. Additional customizations may also be offered once the guns start shipping.

Taurus USA uses a Melonite-treated barrel that has a service life exceeding 10,000 rounds. The barrels will be available in either 14.5” (with a permanently attached muzzle device) or 16” (threaded on muzzle device). Both lengths will have M4 feed ramps and a 1:7” twist.

The company uses a carbine length gas system in these DI guns. Taurus uses a dual pinned, low-profile gas block that allows for enough clearance for a full-length handguard. An aluminum handguard with KeyMod attachment points is standard, but an M-LOK version will also be offered. 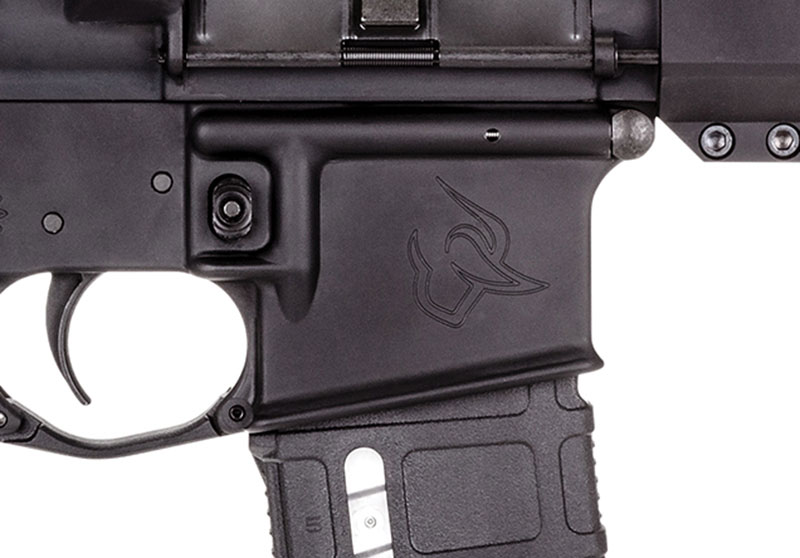 Taurus USA partnered with Magpul for some of the furniture on these guns. Specifically, Taurus USA used one of my favorite buttstocks — the CTR —along with a MOE pistol grip and an oversized trigger guard. Also, a 30-round Magpul PMAG comes with the gun. The magazine is a windowed, second generation model. I’ve got a lot of time with that specific magazine type and have had nothing but success with them. I recommend buying a box of them.

The guns are reasonably light: only 6.5 pounds with the 16” barrel. According to the company, there will be three colors available for these rifles: Black, Cerakote Elite Sand, and Cerakote Elite Jungle. As you might guess, Jungle is an OD-like green color.