Tag: Bumps in the Night

Houses make noises. Barns and old buildings talk. Creaking boards, settling walls, the croak of a half-open cabinet door…you’ve heard the like. However, we’re not talking about that sort of bump in the night in this article lineup. Nor are we referring to the supernatural (or preternatural) critters associated with the spirit world.

Nope, we’re talking about the physical, tangible, legitimately threatening type of bump in the night that calls for an armed response (and, went occurring in a domicile, a good home defense plan). 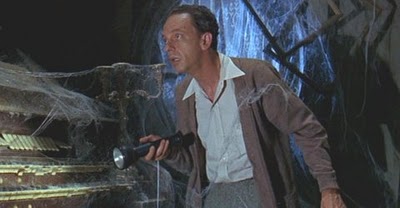 Note: scroll down for past articles.

One online dictionary defines the idiom as,

Frightful, deadly, and usually supernatural things or events that one imagines in the dark of night.

We’ll loosely define it to mean a violent crime inside a residence (e.g. a robbery in the home), a sudden need to respond to a critical event outside (i.e. someone or something attacking or stealing livestock), defending oneself from an attack while camping or in a vehicle, or similar circumstance.

People like Komisarjevsky and Hayes, Wint, and Merritt are, thankfully, less common than  Rader, DeAngelo, and Ramirez, but such creatures are out there.

It behooves all of us to be prepared, trained, and willing to deal with all those…

Things that go bump in the night

“From ghoulies and ghosties
And long-leggedy beasties
And things that go bump in the night,
Good Lord, deliver us!”

That appeal almost certainly descends from an earlier 19th-century entreaty seen at least as early as 1902:

“And if that bowle of curds and cream were not duly set out for Robin Good-fellow, why, then, ‘ware of bull-beggards, spirits, etc.

From Ghoulies and Ghoosties, long-legged Beasties, and Things that go Bump in the Night, Good Lord, deliver us!” 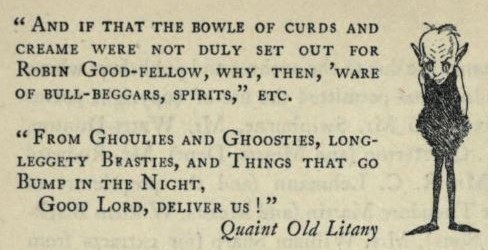