Instructors have taught the “Surprise Break” trigger break concept to shooters for years. This is the concept that the moment the round goes off, it should be a surprise to the shooter. A shooter who works on mastering his breathing, executes a proper trigger squeeze and holds the weapon properly should, according to the surprise break theory, have a round mysteriously go off and perfectly strike the target where the shooter is aiming at.

Unfortunately, not everyone understands the instructional context and intent of the surprise trigger break.

In concept, the surprise break is a good idea. It focuses on eliminating recoil anticipation, which is a malady that affects many shooters. It is often difficult to untrain someone from doing this. A shooter who anticipates recoil will tend to force the barrel of the weapon down at the moment of firing, to try to compensate for recoil. This generally results in rounds impacting lower than the shooter intended.

The fix on the range is the surprise break. At the moment of surprise, every human shooting element (grip, breathing, sight picture) should be in perfect harmony. The bullet lands exactly where you intended it to go. Human error should not prevent the round from hitting the desired destination.

The Person Behind the Trigger is the Most Important Factor

The primary effector of accurate round placement as it relates to internal ballistics is the person pulling the trigger. The most precise weapon system, equipped with the latest in state-of-the-art optics, coupled with match grade ammunition is ultimately most affected by human error. More so than wind, elevation, atmosphere, gravity, angles and so on. The person behind the gun is the most significant force in terms of being able to put accurate rounds downrange.

Poor sight alignment, mashing the trigger, improper grip, anticipating recoil. The list goes on and on of shooter mistakes that can affect accuracy. We do what we can to compensate for this. We train to solve these issues.

Waiting for the “surprise moment” when engaging an armed assailant(s) just isn’t realistic. If enemy rounds are kicking up dirt in close proximity to you, it is unlikely that you will reach a Zen-like moment of clarity, where you and the gun are one, you release half a breath, and then the round leaves the barrel unexpectantly, eliminating the threat. This technique may work at your neighborhood range, but not on the two-way range.

The physiological effects of being in an SYPIF (Shi**ing Your Pants In Fear) scenario will definitely negate the potential positive effects of the Surprise Break training technique. Tunnel vision, highly elevated heartbeat, degradation of basic motor skills, and massive adrenaline spikes will cause you to fire repeatedly and aggressively at the threat. You won’t have time to wait for the surprise…..The only surprise may be a warm spot in the front of your pants or a brown stain in the back. The surprises you really want to avoid are any new holes in your body that didn’t exist there when you were born.

The killing of another human being, to protect yourself or anyone else, should be a deliberate process. There should be no surprises involved. You’re trying to kill them before they kill you. It’s that simple. Generally, this needs to be done as quickly and efficiently as possible.

The Suprise Trigger Break Probably Won’t Hold Up in Court

And, from a legal standpoint, do you want to go court and defend your actions by saying you waited for the surprise when encountering a deadly threat? Even a mediocre defense attorney is going to easily attack that.

“So, you’re saying the gun went off in your hands?”

“If I understand you correctly, you were surprised when the gun fired? Like you didn’t intend for it to go off?”

SURPRISE! You are getting sued and you might be going to jail! Use of force experts who testify in court cases should be aware of this. 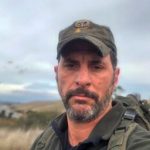 Doc Perna
Nicholas "Doc" Perna is a former 82nd Airborne officer and longtime police officer. He's an EMT and Street Crimes supervisor who has over the course of his career served in just about every possible billet: patrol, detectives,  counter-narcotics, gang task force, SWAT, and others. He's a firearms instructor and Terrorism Liaison Officer and has been decorated for valor in the line of duty by his department. A combat veteran of Iraq, he has conducted psychological operations as part of Joint Special Operations Task Force Arabian Peninsula, also filling such other billets as airborne medical platoon leader, company commander, battalion intelligence officer, and battalion OPSO.