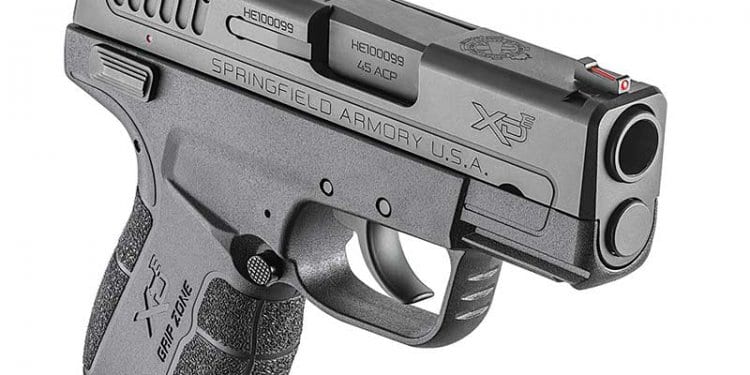 Earlier this year, Springfield Armory shocked a lot of people when it introduced the XD-E line of handguns. Unlike the striker-fired handguns previously sold by the company, these new guns were hammer-fired with the traditional double-action/single-action firing system. Now Springfield Armory is selling these Croatian-made pistols in .45 ACP.

The new guns are relatively compact and would appear to be suited for the concealed carry practitioner looking for a larger diameter projectile. The barrels are 3.3” in length, and the stubby grip can hold a 6-round magazine. With an empty magazine, the gun weighs about 23 ounces.

An extended 7-round magazine in also included with the gun. A magazine spacer called a Mag X-Tension comes with the extended magazine. It has been my experience that these spacer sleeves can inadvertently slide along the magazine body when not in the gun and hamper a reload. Also, they tend to hang on the meat of my hand when I try to eject them from compact pistols. For me, I’d stick to the flush fitting Springfield Armory magazines. Those are better for concealment anyway. 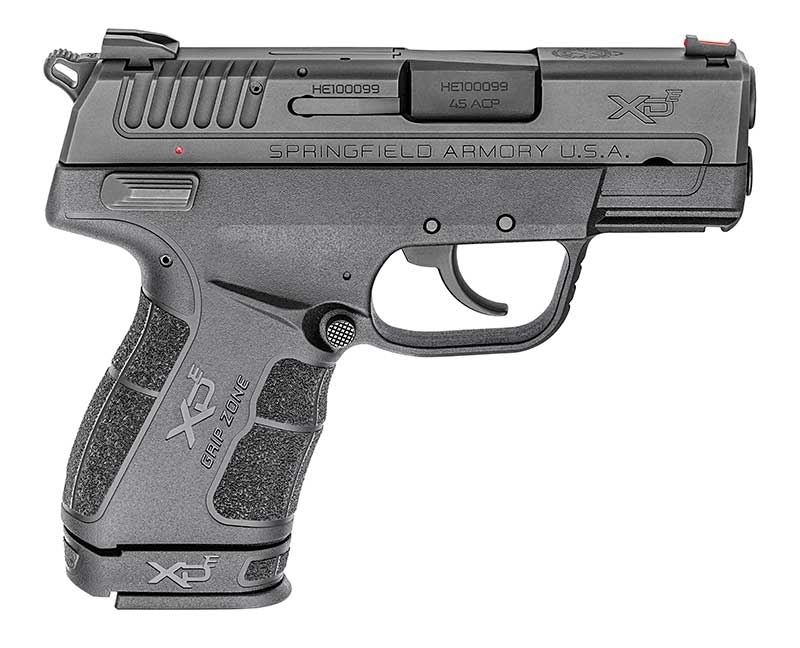 Springfield Armory has the XD(m) grip styling along with the cringe worthy “Grip Zone” spell out on the frame. There is an ambidextrous magazine release and thumb safety on the gun. The thumb safety doubles as a decocker. On top of the pistol, the company uses a red fiber optic front sight and a low-profile steel rear sight.

Marketing and sales teams are seemingly loose and fast with facts when it comes to pushing their products. I’m old enough to have seen the 1911 vs revolver battles, the revolver vs WonderNine wars and DA/SA vs striker-fired skirmishes. Facts are rarely presented in a sober way to allow customers to make rational decisions. Rather, a company may seize on anything that might be used for to its advantage. That, I believe, is the origin of the idea of DA/SA pistols being “safer” than striker-fired and single-action-only handguns.

It has been my experience that untrained and careless shooters will cause a negligent discharge with any kind of gun. No amount of safety design or engineering will prevent this. Only training and personal responsibility can prevent an unintentional discharge. 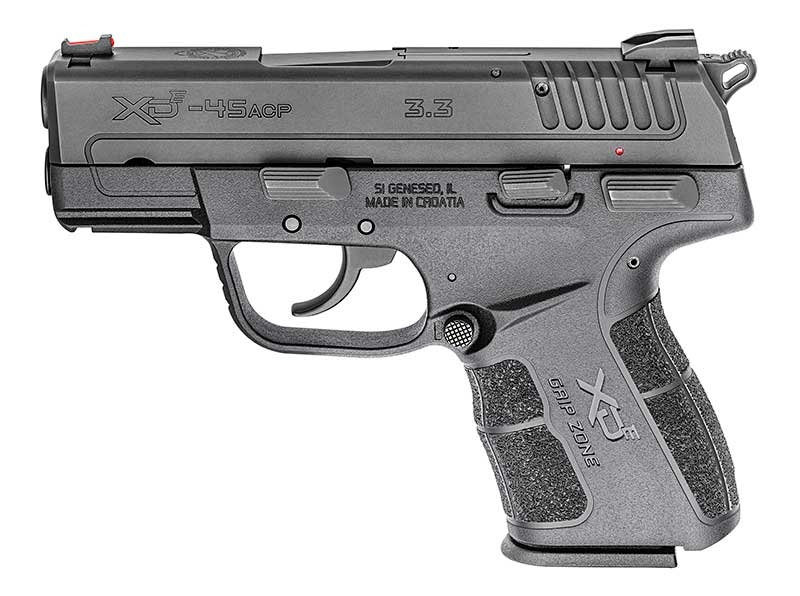 It has also been my experience that new and occasional shooters are more accurate when shooting a pistol with a fire control that does not change (such as single-action-only, double-action-only or striker-fired.) I’ve also seen several internal studies conducted by large law enforcement agencies that demonstrate the same thing.

A person can become very proficient with a DA/SA system. However, the amount of time to gain proficiency is greater than that of a constant system. From that perspective, I would rather purchase a DAO handgun and master the single trigger pull if I was concerned about having too light or short of a trigger pull. Of course, your views may be different. In that case, Springfield Armory has a gun that might just tickle your fancy. I certainly see no reason why it would not be a good performer.