Springfield Armory Adds a Pistol Variant to the Saint Line 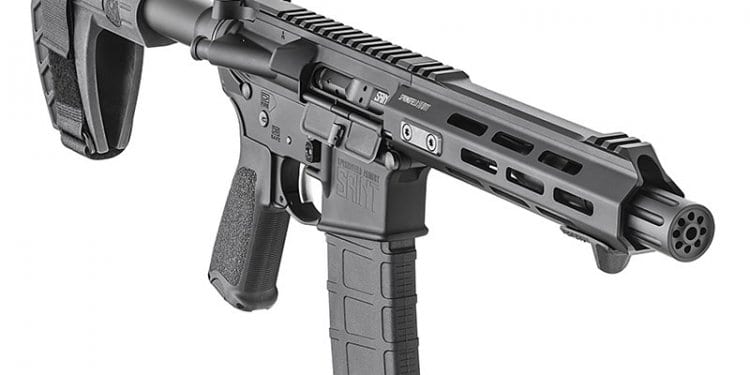 Springfield Armory announced an expansion to its line of Saint branded firearms. The new AR-style handgun is the first Saint pistol.

The new Saint pistol is a nice combination of features in a relatively straightforward handgun. Like most AR-style rifles, it is chambered for the 5.56 NATO cartridge and can safely fire the .223 Remington cartridge as well.

Springfield Armory fitted this Saint with a 7.5” barrel that has a 1:7” twist. It is made of 416R stainless steel and has a Melonite finish. The upper and lower are made of 7075-T6 aluminum with a Type III hard coat finish. Springfield Armory included the same Accutite tension system for the receivers that the company uses in its rifle versions of the Saint.

One of the things I particularly like about this gun is the inclusion of a forward blast diverter as a muzzle device. The 5.56 NATO cartridge can be extremely loud from short barrels. In fact, the blast coming out of a 10-12” barrel is akin to a distractionary device (aka “flash bang.”) It is for this reason that I think all short barreled ARs should be equipped with a suppressor. While a blast diverter is not a sound suppressor, it can redirect some of the blast forward instead of toward the shooter or anyone standing next to the shooter.

Triggers are a subjective thing. Some people prefer a two-stage while others like a single. Springfield Armory is using one of its own two stage triggers that has a nickel boron coating for improved smoothness. Both the trigger guard and the pistol grip are provided by Bravo Company.

Up front, the company uses one of its own free-floating hand guards. This unit is made of aluminum and has M-LOK attachment points. It comes with a forward hand stop that should help prevent any accidents that could result from a hand sliding too far forward on this short-barreled gun. 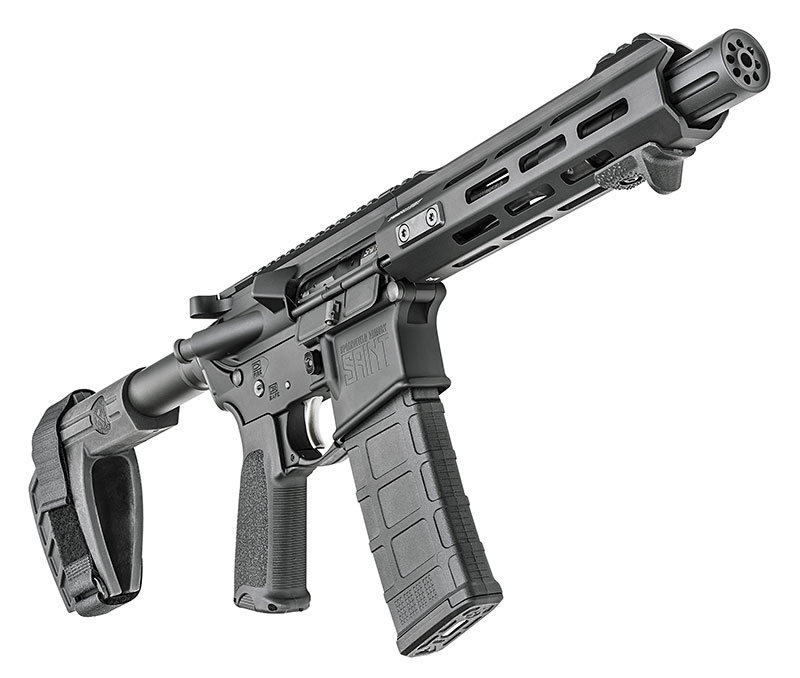 Springfield Armory ships this pistol with a Magpul Gen3 30-round magazine and a soft case. Unloaded the gun weighs about 5.5 pounds.

Since this is a pistol, it does not have a shoulder stock. However, Springfield Armory does include a SB Tactical SBX-K forearm brace to make it easier for one handed shooting. This brace is shorter than the original SBX, so it should keep the overall length of the gun down. In fact, Springfield Armory puts the overall length of this pistol at 26.5”

Quality is never cheap, but it can be affordable. This new Saint has an MSRP of $989. That doesn’t sound too bad for a tricked out pistol that doesn’t need a bunch of work to get it right.