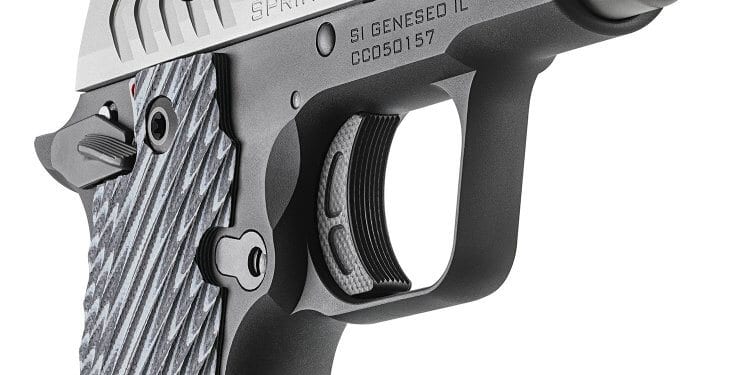 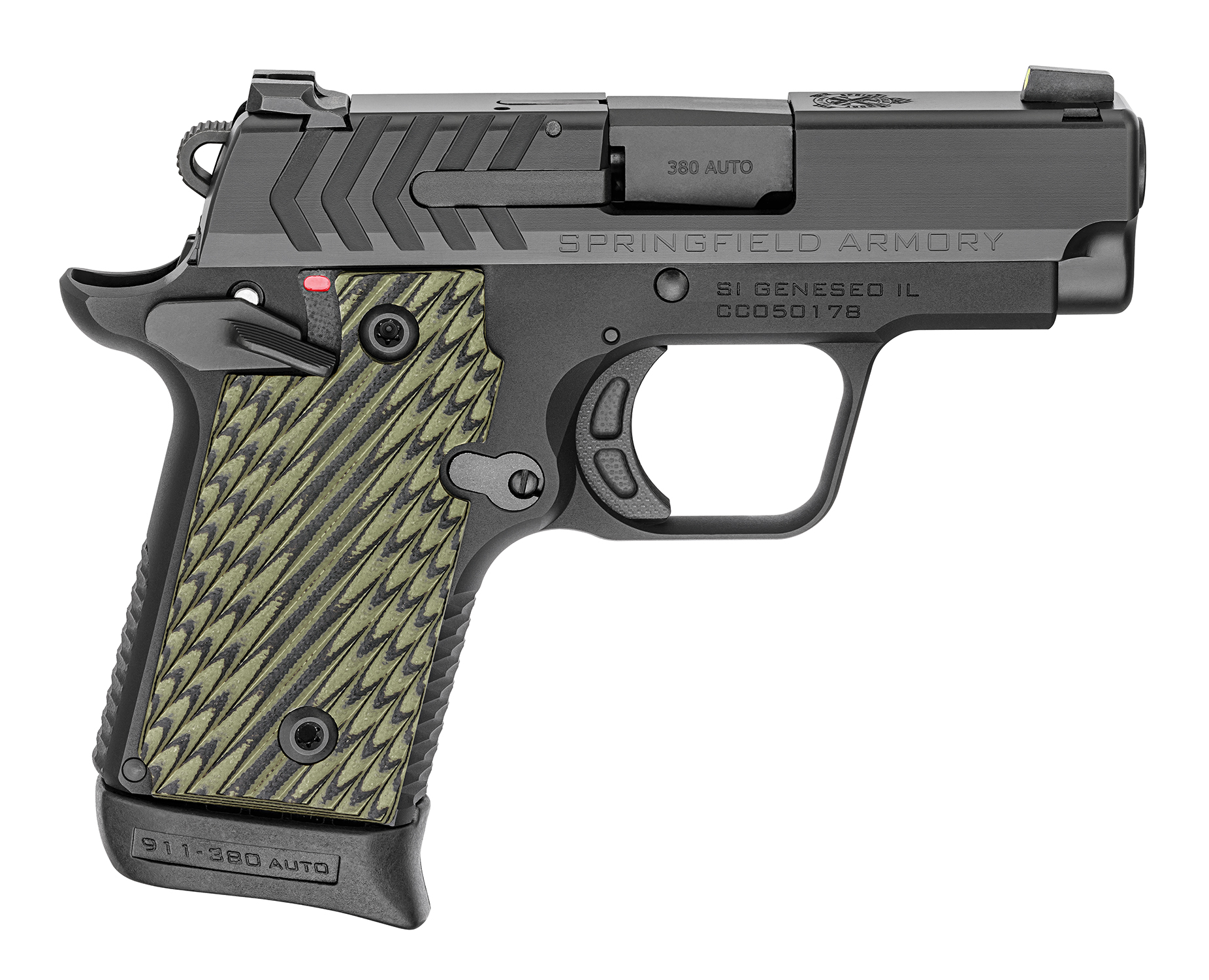 While most subcompact CCW-style pistols chambered in .380 and smaller calibers tend to be direct blowback, this new design from Springfield Armory is different.  It uses a swinging-link, locked breech design to reduce felt recoil. While this might not seem like a major concern for a pistol in such a small caliber, but it is for two big reasons.

Firstly, direct blowback firearms require a stiff spring and heavy slide to cycle reliable, since their action isn’t delayed. Because of this extra weight, the fast-moving heavy slide produces disproportionate amounts of recoil. 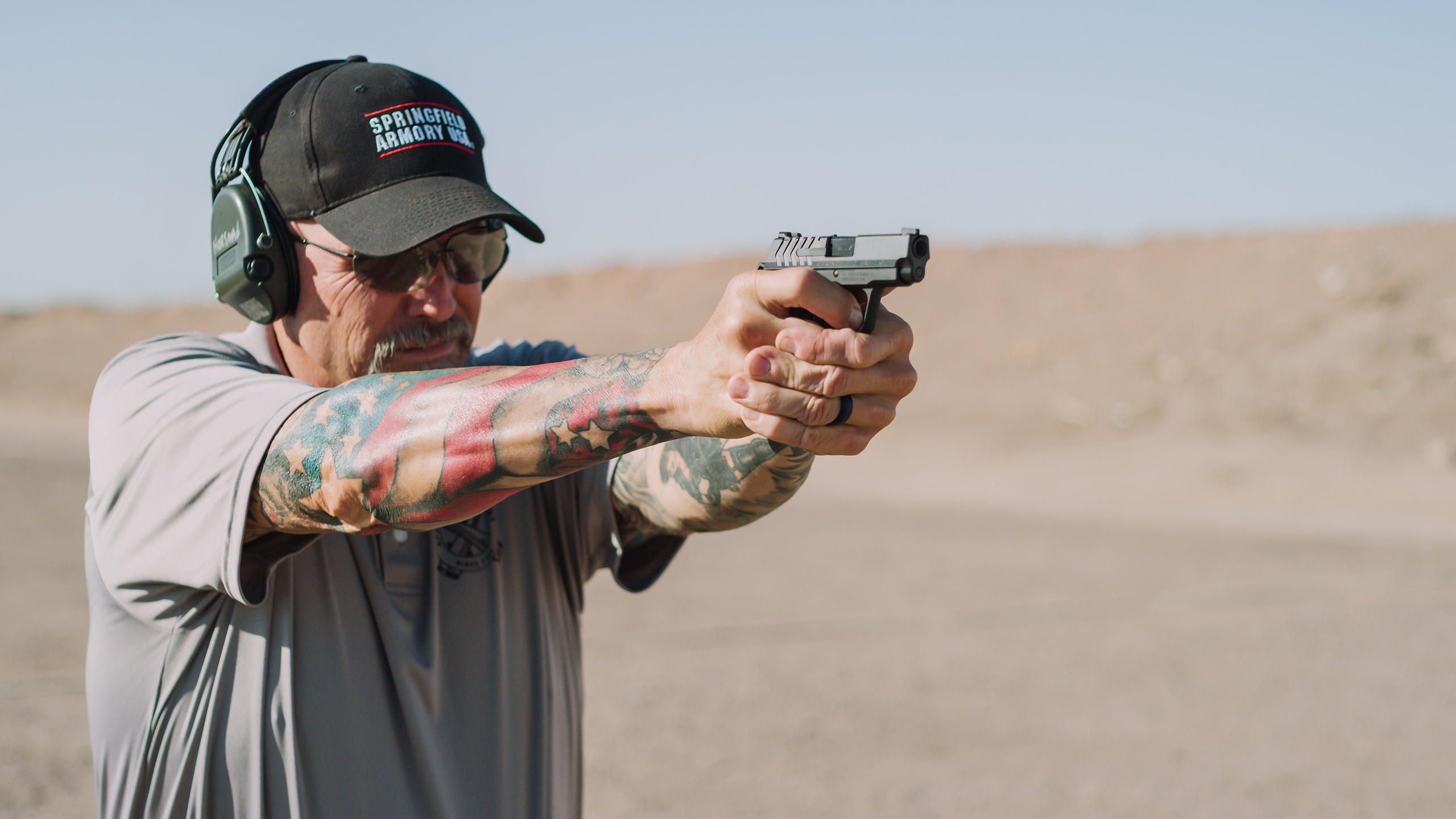 Secondly, the smaller size of sub compacts means there is less mass to soak up recoil generated by the shot, and thus more felt recoil. Think of it like this – shooting a full-sized revolver in .38 Special is pleasant. Firing the same load in an ultralight, Scandium-framed snub nose revolver is miserable.

Locking method aside, this new pistol from Springfield has all the high-end creature comforts shooters expect from Springfield, like G10 thin grips, black Nitride finish and green tridium night sights. 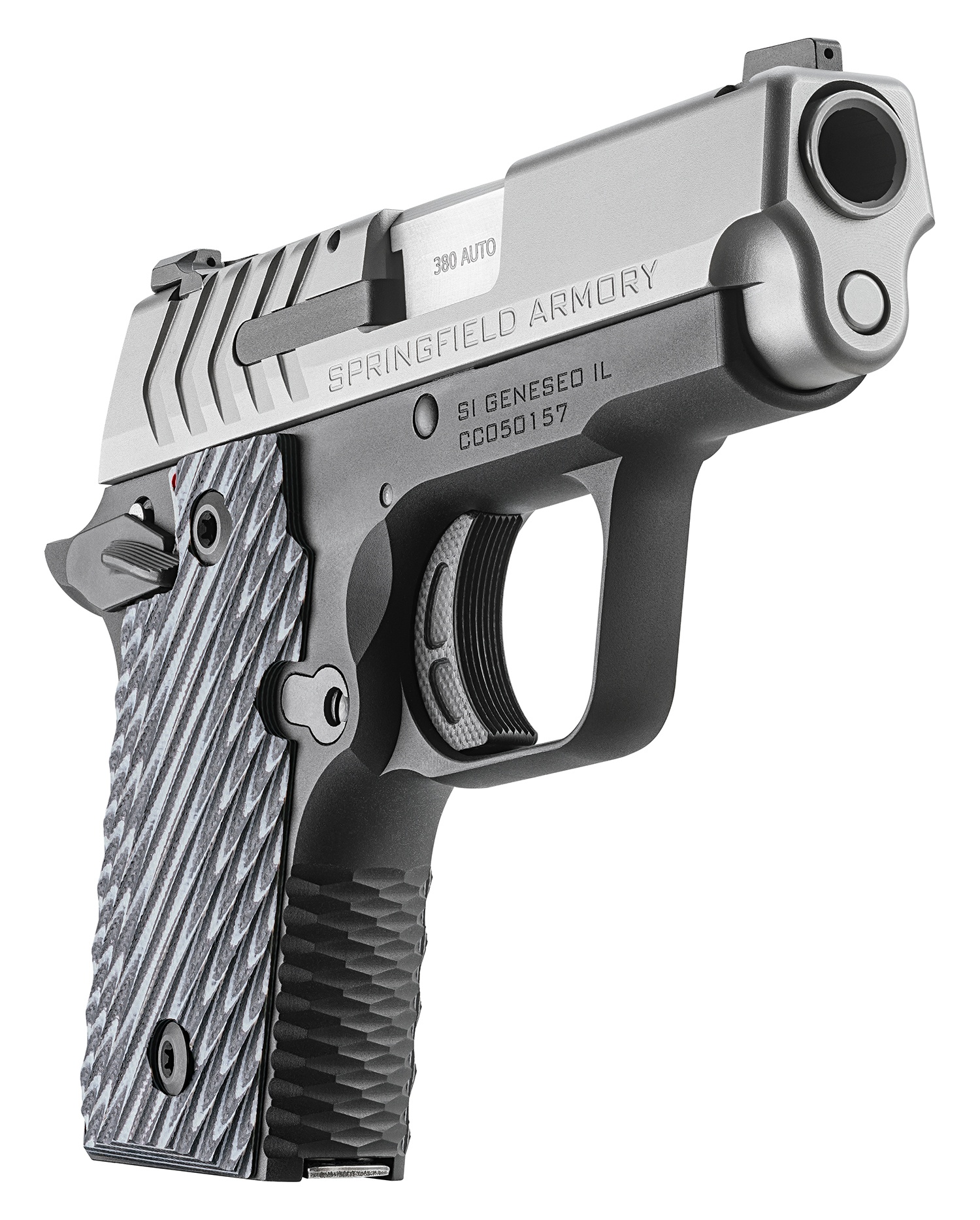 The whole ensemble looks strikingly similar to Sig model 938, which is a personal favorite of mine – and a gun that I’ve carried for years. Hopefully this becomes more a trend, as I have always felt the ergonomics of locked breech subcompacts far outweigh the increased reliability of direct blowback.

The new mini 1911 from Springfield Armory will retail for $599, and guns should be shipping soon, if not immediately.