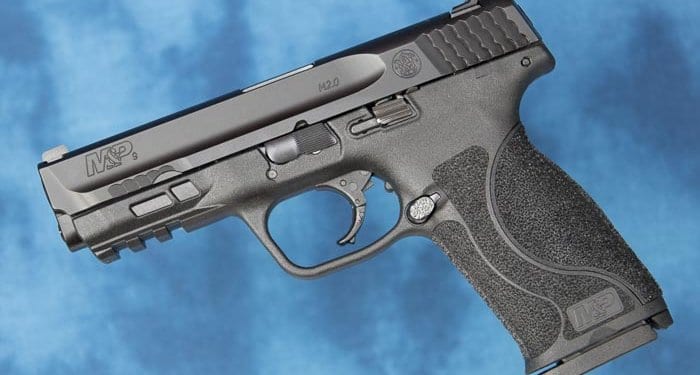 Earlier this year, Smith & Wesson released new versions of the M&P pistol. Called the M2.0, the new guns offer a variety of new features and an evolved design. I’ve had one for the past few months, and I have been shooting it…a lot. The short story: it’s a great new gun worth of the M&P moniker. For the longer story, read on.

When the smoke cleared from the pistol wars of the 1980s, Glock was the clear winner. Many police departments were ready to make the swap from revolvers to a modern handgun, and the new plastic gun from Austria was the right gun at the right time.

By the mid-1990s, most law enforcement agencies had transitioned to a Glock pistol, and traditional gun manufacturers like Smith & Wesson, Beretta and SIG SAUER were trying to catch up.

Perhaps hardest hit by the massive switch by law enforcement was Smith & Wesson. Smith & Wesson wheel guns rode in the duty holsters of a lot of cops. Colt revolvers were also popular, but it seemed Smith held the edge through the mid-80s. Since that time, the company has seemingly struggled to find a pistol line that resonated with consumers and law enforcement agencies. 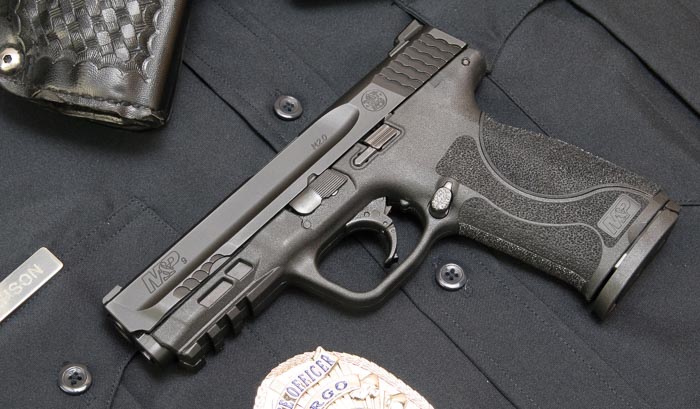 Efforts like the Sigma and the SW99 collaboration with Walther failed to keep pace with other striker-fired, polymer framed guns. However, the company finally gained its footing in the market with the M&P series of handguns.

In 2005, Smith & Wesson’s new M&P line rejuvenated its sales to both the law enforcement and personal defense markets. The new line of pistols started with full size duty guns in a variety of calibers and would expand to include compact, competition and subcompact models like the Smith & Wesson Shield.

The guns were well built, seemed to be reasonably durable and were marketed extremely well. However, nothing is perfect and the company began work on the next generation of pistols: the M&P M2.0. These new pistols were unveiled at the 2017 SHOT Show.

Paul Carlson does an excellent job of explaining the differences in the two guns in his article here. I suggest reading that for a run-down of the updates made to the guns.

Smith & Wesson was kind enough to send me one of the M&P9 M2.0 pistols for review. This is a full size 9mm pistol. Since I have a personally owned M&P9, I figured this would make for a good comparison gun. As it turns out, I really appreciated having the two guns side by side to compare.

The single greatest improvement in the M2.0 is the grip texture. I liked the original texture just fine, but the M2.0 is vastly superior. 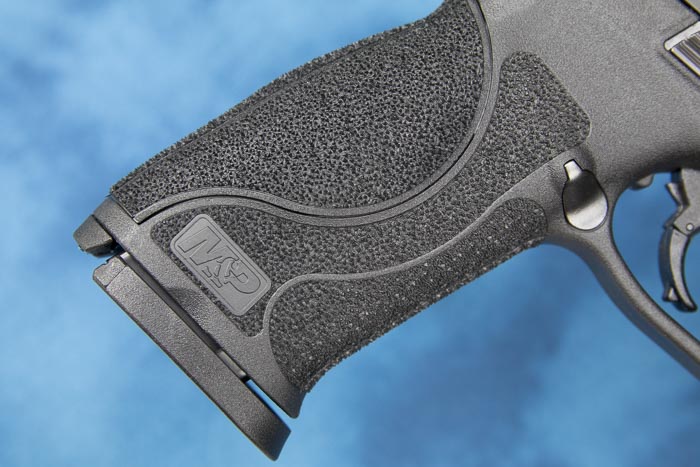 Smith & Wesson is using an aggressive new texture that really locks the hand to the grip. The texture did not seem to be abrasive enough to ruin clothes like the RTF2 texture that Glock tried for a brief period of time. It is, however, much rougher than the original M&P pebble-like grip.

The texture does not hurt or abrade the hand when shooting for long periods of time. It really seems like the perfect texture for a fighting handgun.

One of the biggest complaints about the original pistols heard around the internet was that the trigger was mushy. While I agree that the original trigger was not as crisp as some other pistols, it was not a bad trigger. However, the internet gun forums can be a bit of an echo chamber and if the same thing is repeated enough, everyone just assumes it is true.

Smith & Wesson did change the feel of the trigger pull on the new gun. Whether that is better or worse is a matter of opinion. Frankly, I was not impressed by it. Yes, it had a harder break point that some people will like. However, I felt the trigger was less smooth overall.

Of the two trigger types, I actually preferred the original. I know many people may disagree with me. That’s ok. I just suggest you try one out in a local gun shop before accepting that it is better.

Shooting this pistol was very pleasant. The gun is accurate and recoil was very mild.

While the trigger is not everything I hoped it would be, the grip makes up for that shortcoming. Rapid fire was easy since there was little muzzle flip and the grip texture helped to prevent any slipping of the gun in my hand. 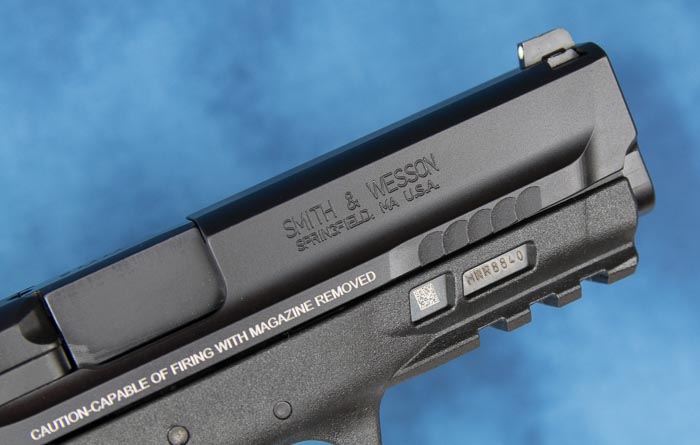 At the time of this writing, I’ve put more than 1,500 rounds through the sample gun, and it has had no malfunctions of any kind. I ran more than a dozen different loads through the gun including 115 grain, 124 grain and 147 grain hollowpoint and self-defense loads. That is a strong indicator that the gun will be ready should you ever need it to defend yourself.

The 9mm pistol ships with a pair of 17 round magazines. One of the things that I was particularly curious about was whether the old magazines would run in the new gun. As it turns out, yes they will.

I spoke to a Smith & Wesson representative at the SHOT Show, and he said the older magazines were completely compatible with the M2.0 guns. However, I also confirmed this with the review gun. I have several factory magazines with my original M&P9, and I ran each one in the new gun. All of the magazines reliably fed the new gun with all kinds of ammunition. So, if you can find any used Smith & Wesson M&P 9mm magazines, grab them for use in your new M2.0 pistol.

Overall, I think the M2.0 is a great advancement of the M&P line. If I was in the market for a full size handgun, I would happily consider it. While I think the trigger is better on other guns – the HK VP9 being one of the best in this category of pistol – the grip is truly superior to many competitors. 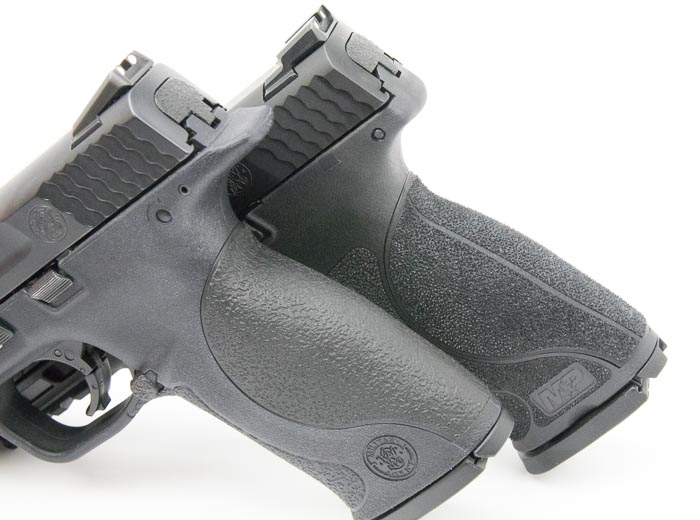 Will the M2.0 expand Smith & Wesson’s footprint in the law enforcement and personal protection markets? Yes, I think so. I don’t expect the company to corner the market, but I would not be surprised to find out that the updated guns help the company to gain new customers.