The BATFE is reportedly seizing AA12 shotguns. The cause of the AA12 ATF confiscation? Markings and/or transfer alleged by that agency to be inconsistent with Federal law. The seizures were first reported in Tennessee.

ATF has determined that the markings on the AA-12 are not accurate, and the manner in which the marking [sic] were placed is not in compliance with Federal law. It is ATF’s responsibility to retrieve this AA-12 machinegun. ATF seeks your cooperation in immediately surrendering to ATF the AA-12 in your possession. Additional information regarding your opportunity to file a civil claim for this firearm will be provided. 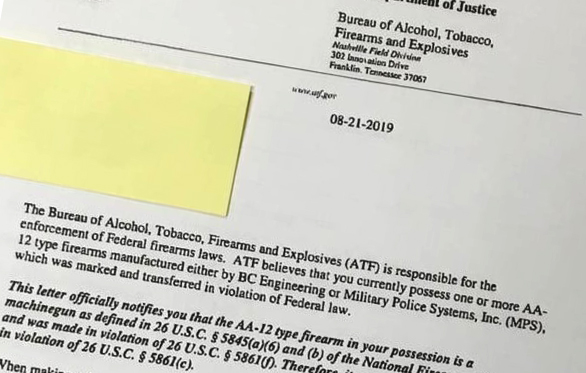 Evidently the ATF has determined that all of the semiauto AA-12s out there now are NFA (National Firearms Act) items, to wit: they’re classifying even the semi-auto versions as machineguns. This evidently is due to specific structural similarities between the semi-auto and full-auto versions. Both types are magazine-fed shotguns.

Not surprisingly, there are several ongoing conversations online about the seizures, including one on Reddit and one on AR15.com. 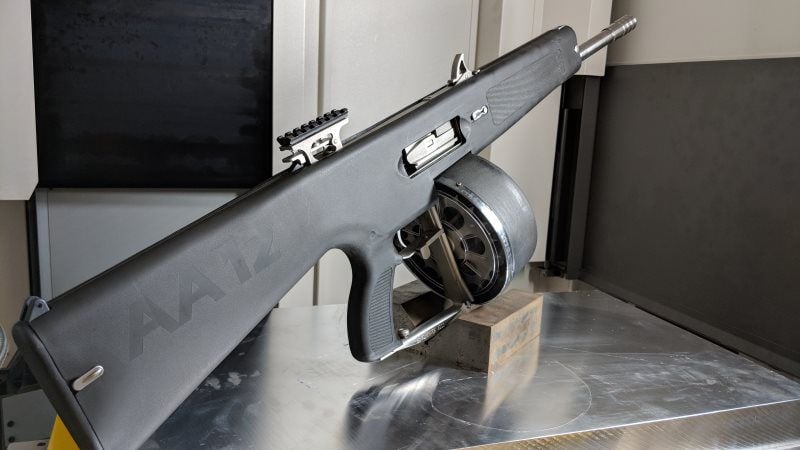 That is the extent of what we know at the moment and, given the unpredictable (even capricious) nature of the BATFE, there’s probably no point speculating as to their exact rationale. They’ll either explain further or they won’t. Nothing about this particular issue has been posted on the ATF’s news feed yet, likely because (thus far) they’re approaching the matter from a “…we understand you made a mistake” perspective. No arrests have been made, nor charges filed – that we know of – yet, so it’s not a criminal matter. That, of course, could change in coming weeks depending upon how both gun owners and the agency handle developments.

The previously NFA designated AA12s (the ones that actually shoot full-auto) have been around for quite some time. The previously civilian models, just a couple of years.Small Arms Review, 2014:

The AA12 is uniquely qualified to perform the duties of urban combat, counter-terrorism/counter-narcotics operations, anti-piracy, VIP protection, and facility security. The first foreign sale was in 2010. It has been purchased in small numbers by the Saudi Royal Guard and an undisclosed user in southwest Asia. To date around 70 of the shotguns have been sold. They are handmade, not mass-produced guns.

The shotgun clearly has potential in many areas of the defense and law enforcement market and is only available to military and law enforcement customers. The cost of this shotgun is one of its most serious reasons for not seeing more action throughout the industry. Perhaps in time the cost will come down and make it more affordable for military and LE agencies. This is without a doubt one of the most unique firearms this author has had the pleasure to evaluate.  Christopher R. Bartocci

Originally designed by Max Atchisson, the design was sold in 1987, and the AA-12 underwent more than 100 changes made by Boje Cornils enabling a fully functional and reliable firearm. Now Boje Cornils is working with Tactical Superiority, Inc. and Sol Invictus Arms, to bring this amazing firearm to the masses. Not only will the production models include new and improved versions of the already known AA-12 in a full auto configuration for military and law enforcement, it will now include a never before seen, 100% legal semi-automatic version for the civilian market. The newly available AA-12 represents a significant improvement over past production techniques, including improved design elements, and is now available at a significantly more consumer-friendly price point. 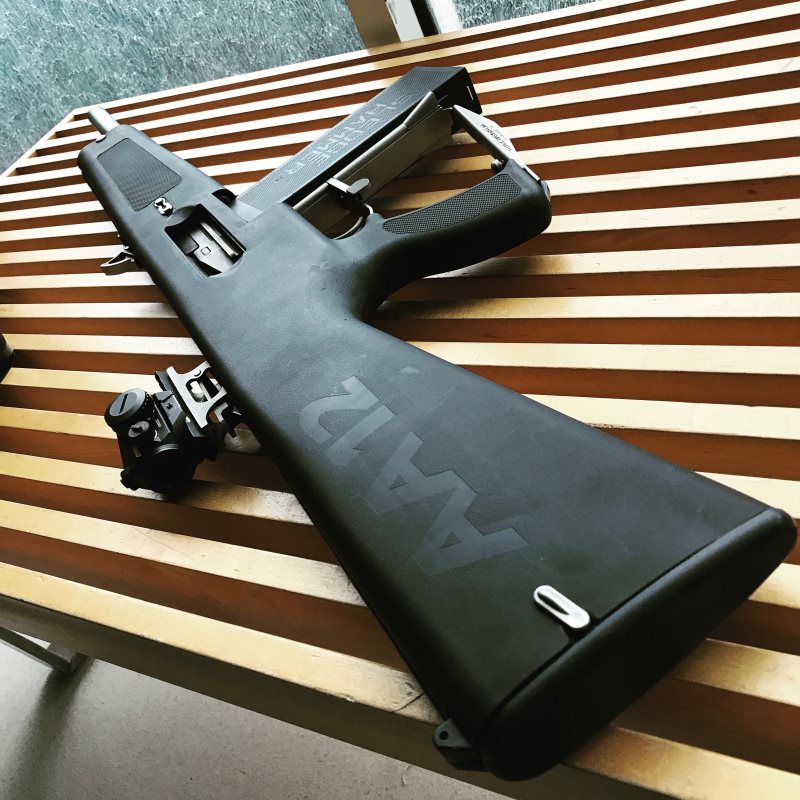 FYSA: Worth joining and following:

Not familiar with the AA12? There’s a long (and interesting) history to it. Here’s how it’s described on the Sol Invictus Arms website:

From the manufacturer: Firing from a closed bolt semi-automatic shotgun configuration, this iconic Shotgun [sic] is finally going to be available for sale to the public.  Sol Invictus Arms plans to manufacture a Limited Edition Boje Cornils Signature Model as a tribute to the Engineer who worked tirelessly in the shadows to bring this mystical Shotgun to life. Fed from a 20 Round Drum magazine, the AA-12 uses a gas-operated long strong piston design to provide reliable and consistent functionality no matter the firing conditions.  Whether for Self defense, Agency operations, or Target Shooting on the Range, the AA-12 will instill confidence that you have enough firepower to take care of the matter at hand. 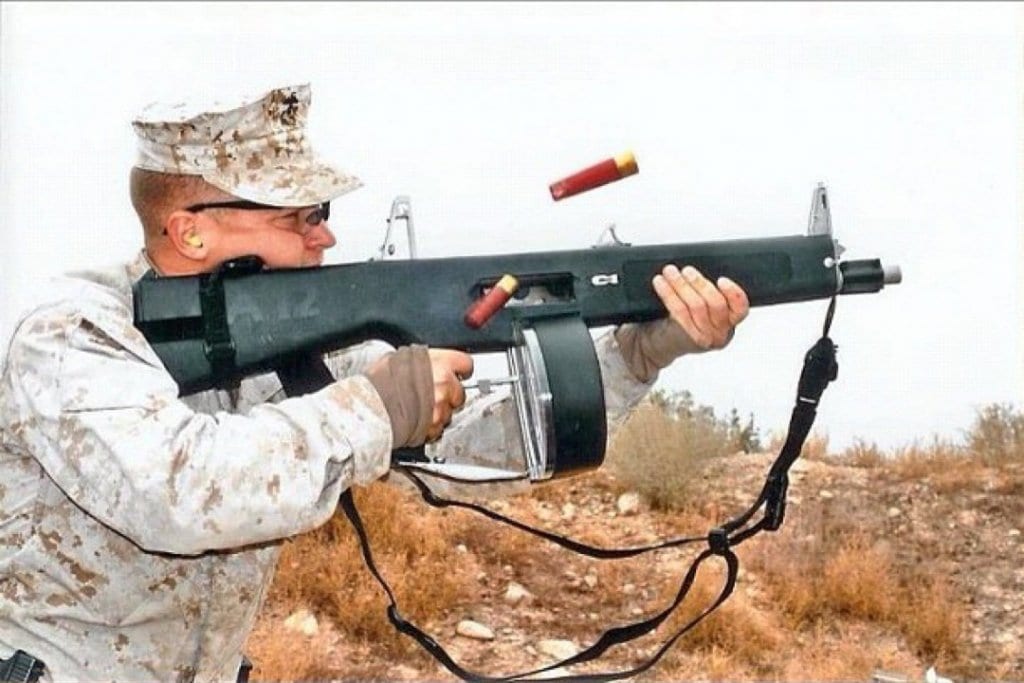 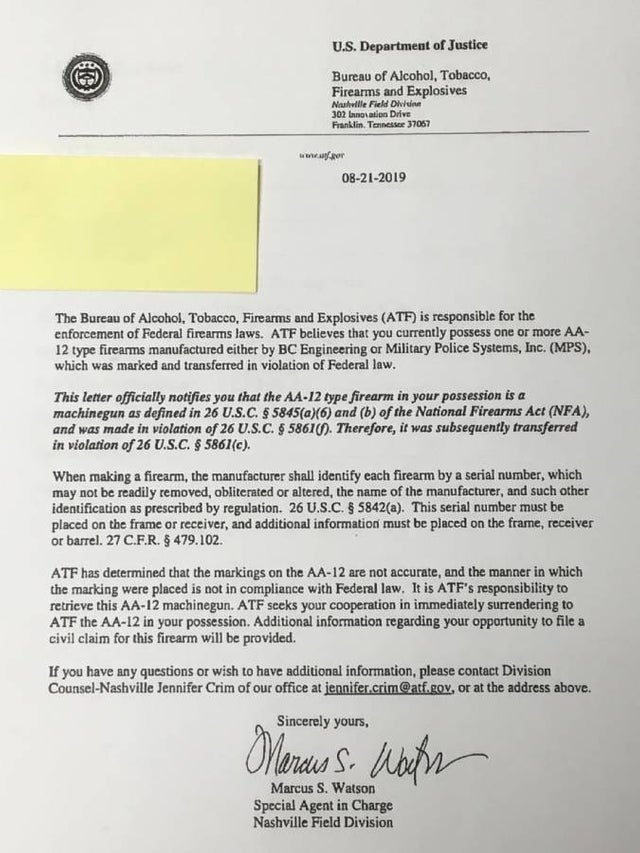 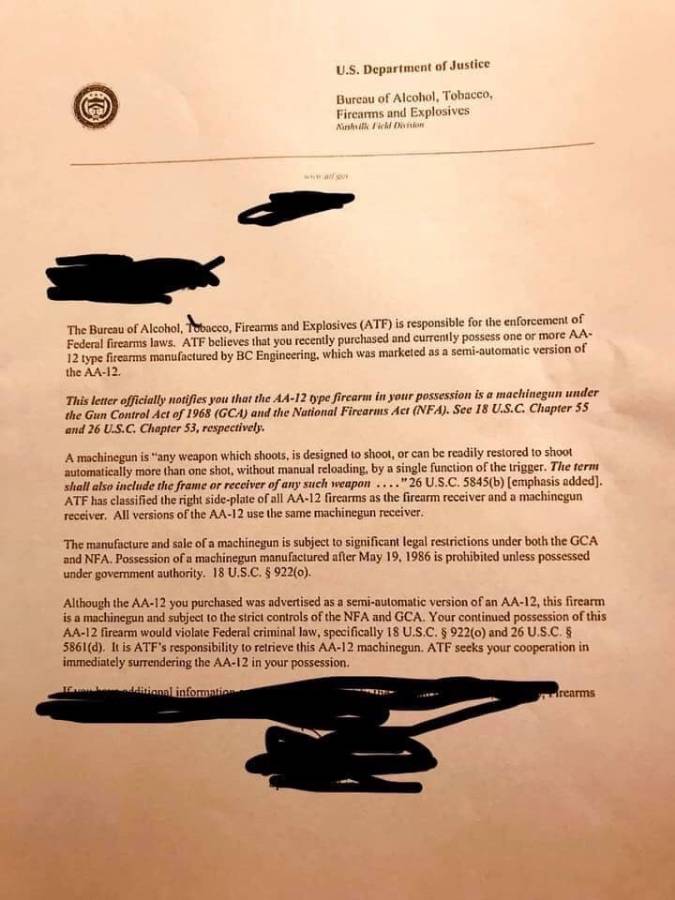