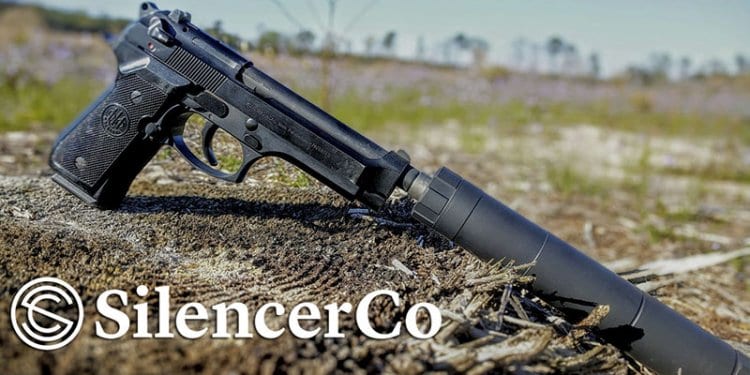 The Beretta M9/Model 92 has long been a staple of popular culture, and until recently, the primary handgun of the United States Armed Forces. Despite this, threaded barrels for the pistol have been few and far between.

Some companies have made them in the past, but these were special-order, and normally quite expensive – often 30% of the gun’s cost. With this in mind, SilencerCo has begun offering their own threaded barrels for the classic Wonder Nine.

According to their press release, the new barrel features the most common thread pitch for 9mm handguns – 1/2×28, and features a 1:10 twist rate. They’re made from 416R stainless steel, and ship with a thread protector.

Now, all this is good and fine, and fairly standard for the gun. What separates the new barrel from other offerings, is its built-in compatibility with the Osprey series of suppressors.

SilencerCo’s most iconic suppressor, the Osprey, is an eccentric, geometric suppressor designed to permit the use of standard-height sights. The problem with this design, is that certain handguns, whose guide rod protrudes past the dust cover when their action is open, would often collide with the rear of the suppressor. This arrests the action, and prevents the gun from cycling.

SilencerCo offered XL pistons for their Osprey to add a quarter inch of length between the can and the guide rod, but it’s obnoxious to need require two different pistons of the same thread pitch for the same suppressor. Instead, the new M9 barrel from SilencerCo has that additional quarter inch of clearance built in to the barrel itself.

The only thing the barrel is missing is the locking block kit that comes with factory barrels – thankfully, the existing block on a host gun can be repurposed on the new barrel. These should be shipping now, and have an MSRP of $220.