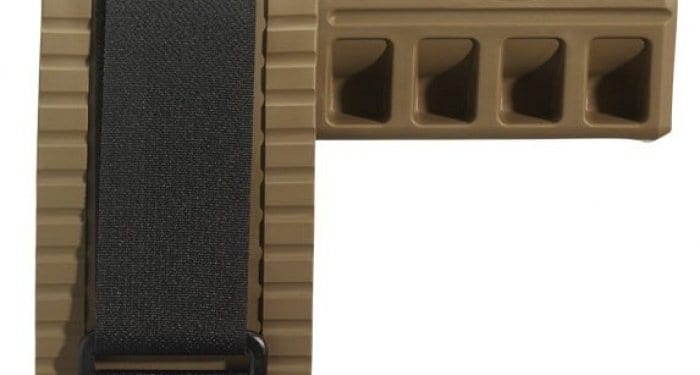 If you are looking to improve your one-handed shooting performance when running an AR-style pistol, Sig Sauer’s latest stabilizing brace might just be the ticket. Called the SBX Gen2 Pistol Stabilizing Brace, this unit is an updated model of the original pistol stabilizer that has become quite popular with many shooters.

Both the original unit and this design were developed by a US military veteran who was looking for a way to make AR shooting more accessible to his brothers and sisters who had received wartime injuries in the service of their country. Adding a brace to the buffer tube on the AR pistol assures better control of the gun.

The brace slips over the end of the buffer tube and has a downward-facing cuff that cradles your forearm. Once you get a grip on the pistol, you snug the cuff down to a firm, but comfortable, tightness with a wide strap. This helps transform the gun into a natural extension of your shooting arm.

I’ve spent some time shooting an AR pistol with one of the Sig Sauer braces and found it worked as advertised. For me, standard iron sights do not work well with this unit. However, a red dot or holographic sight works very well. I’ve tried both the inexpensive Bushnell TR-25 and the pricier Trijicon MRO. Both of these were easy to use with the brace and helped deliver accurate shots.

Sig made the cuff with a soft, rubber-like polymer. I found it to be comfortable even after a long period of shooting. While shooting, I found that recoil was more easily managed with the brace. That made follow-up shots much faster than shooting one-handed without the brace.

Keep in mind that these braces are not stocks. They do not transform your pistol into a short barrel rifle or any other kind of NFA weapon. Sig Sauer worked with the BATFE to confirm that adding this brace to an AR pistol was 100% legal. 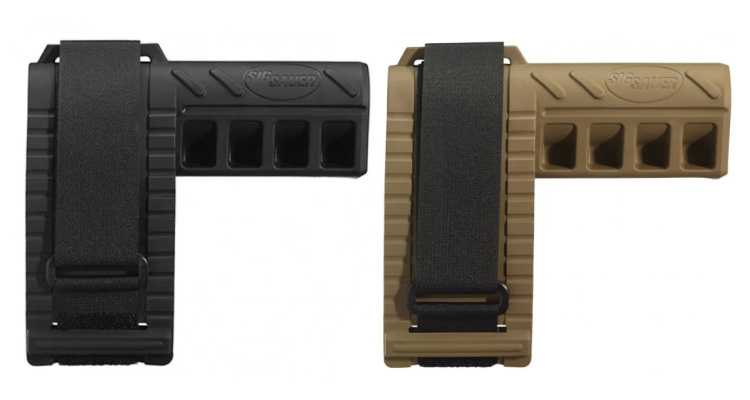 Black is the standard color for anything AR. However, Sig also offers these braces in the popular flat dark earth color (FDE).

The SBX Gen2 Pistol Stabilizing Brace is made in the USA and retails for about $150 each. However, GunMagWarehouse has them for a lot less.