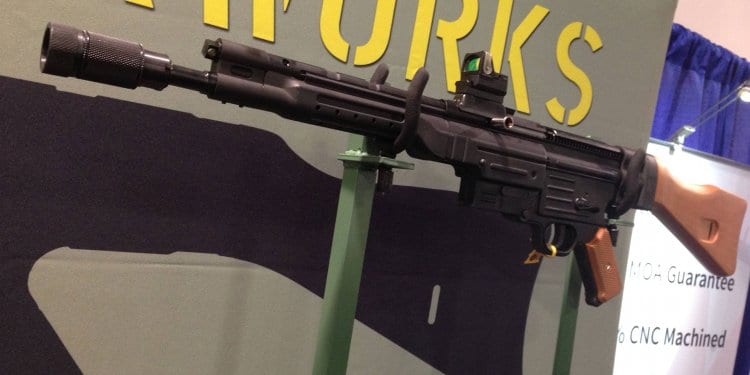 SHOT Show 2016 was just a couple weeks ago. There were a lot of products and many of them are exciting. Here is a summary of some of the most interesting items. 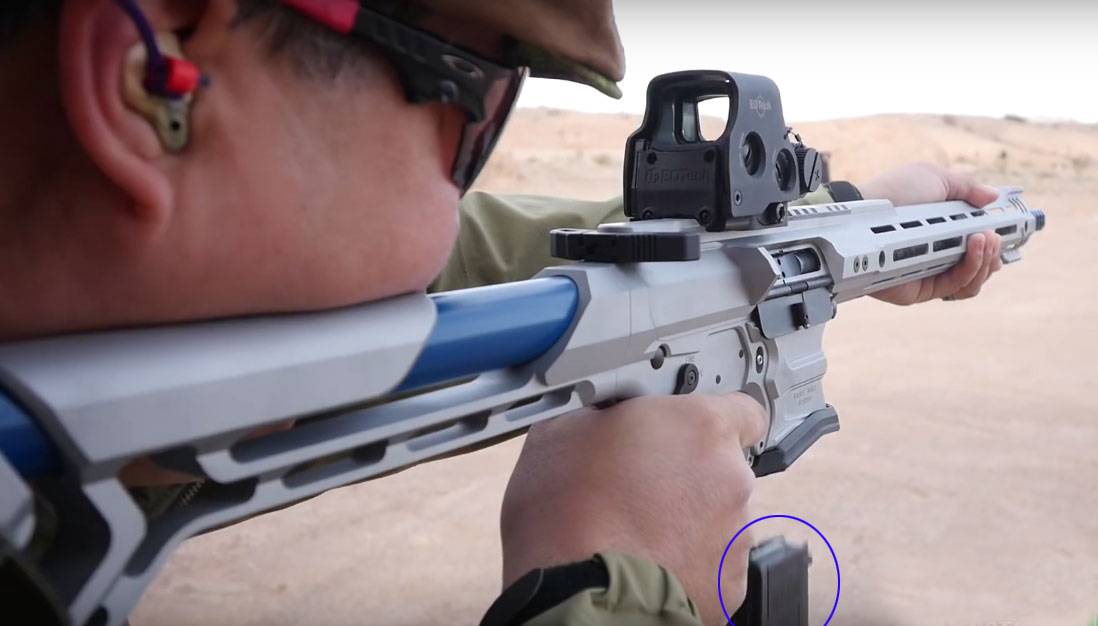 Probably top of the list for everyone there would be the Cobalt Kinetics AR15. Their AR has a unique feature that has not been done before in the world of AR15s. When the AR fires the last round of a magazine, the empty magazine is automatically dropped out of the magwell. When the shooter reloads with a fresh magazine, the bolt will automatically close when the magazine is seated. This feature will be very popular in the competitive world of 3Gun. On the horizon of magazine development Magpul is following the competitive market. Just like Elite Tactical Systems made a competition length 140mm Glock magazine, Magpul showed their new Glock magazines in 21 rd capacity and 27 rd capacity. Torkmag has an interesting roller follower design. While there have been roller style followers in the past, the Torkmag is different than the rest. Due to the dual spring design, coil and clock spring, there is more room for more ammo. Their standard size AR15 magazine holds 35 rounds. And a ½ inch longer than a 40 round magazine and their magazine can hold 50 rounds. 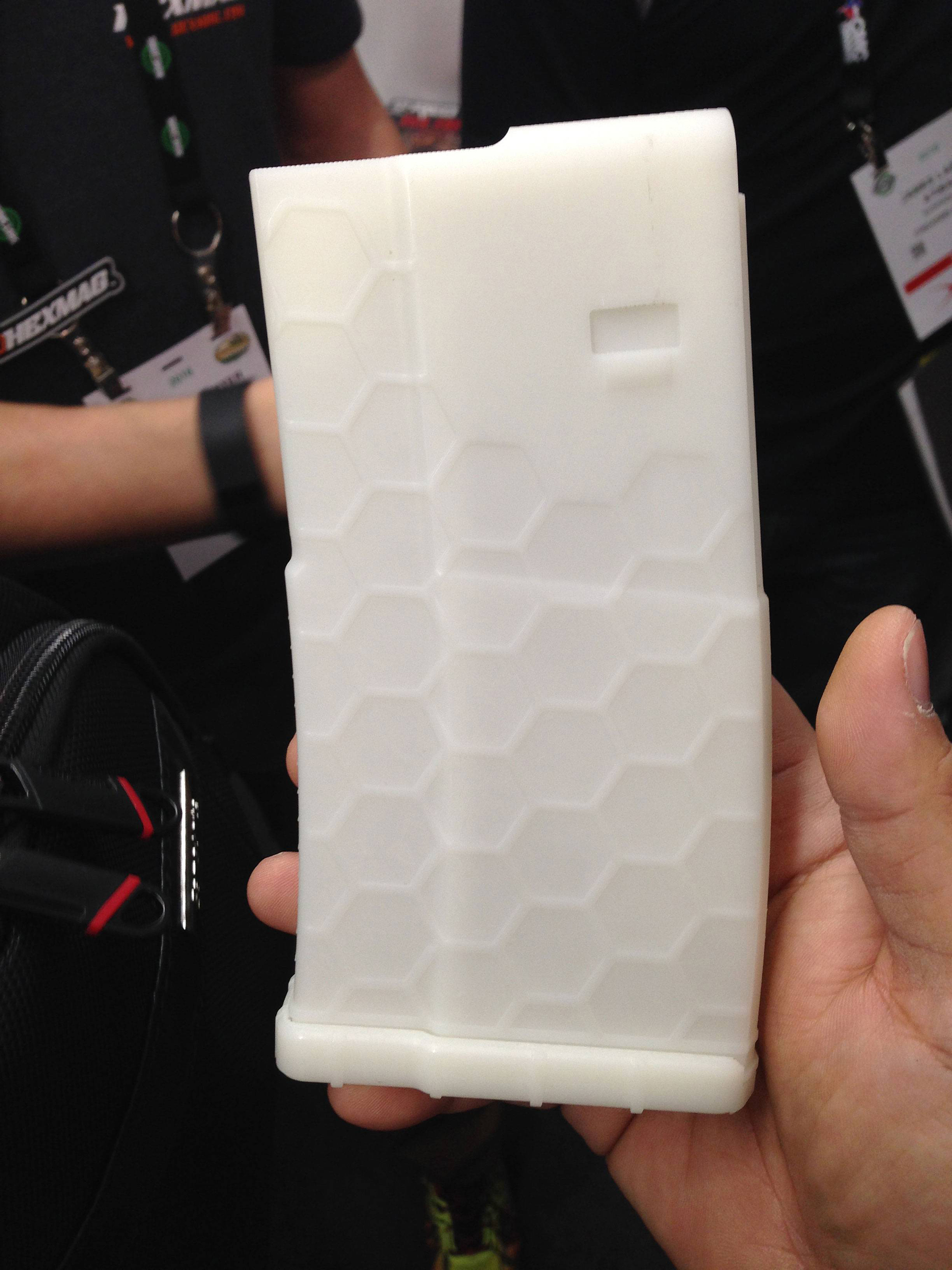 Hexmag showed off their AR10/SR25 prototype magazine. Hexmag has been wildy popular and now they are expanding into .308 magazines.

With regards to AR15 accessories, the PDW style stock can be seen everywhere. Originally designed by North Eastern Arms, the NEA Compact Carbine Stock concept has been copied by so many. Troy Industries came out with their M7A1 stock. One downside to that design and the NEA version is that they require a proprietary bolt carrier group/buffer. So companies like MVB Industries made a version that is compatible with any bolt carrier group for an AR15. Troy has followed suit with their release of the Tomahawk Stock. Similar to the M7A1 PDW design, it is a collapsing stock. Strike Industries has come out with their take on the PDW stock. Their version has a spring release so when you deploy the stock from its collapsed position, it shoots out automatically into the deployed position. They plan on making two versions. One compatible with Troy/NEA BCGs and normal BCGs. Falkor Defense has their own take on the collapsing PDW stock. Their Optimus stock uses a single rod, compared to NEA style dual rod systems, and it unfolds to a carbine length stock. For classic firearm afficionados Hill and Mac Gunworks has released their reproduction Sturmgewehr STG44. A couple years ago GSG made a .22LR replica of the infamous STG44. For those not familiar with history, the STG44 was designed by the Nazis at the end of WWII. It predates Kalashnikov’s AK47 and Stoner’s AR15. The STG44 is known to be the predecessor of the modern fighting rifle. Well HMG’s version will be in an assortment of calibers. It will be made in its original caliber of 7.92×33 Kurz but for those wanting a more common caliber HMG will make them in 5.56×45 , 7.62×39, and .300 BLK. Cost is a bit high at $1799 but if you compare how much a real STG44 costs, it is a real bargain. SilencerCo brought out their Maxim9 integrally suppressed handgun. When SilencerCo first announced the Maxim9, it was built onto modified Smith & Wesson M&P9 handguns. They have switched focus and decided to build the Maxim9 around the ubiquitous Glock 17 magazine. With the popularity and availability of Glock17 magazines, it made sense to design the gun to use them. The Maxim9 will also be cut for Glock sights. They are looking into cutting the Maxim9 for RMR MRDS and integrating a light/laser system. 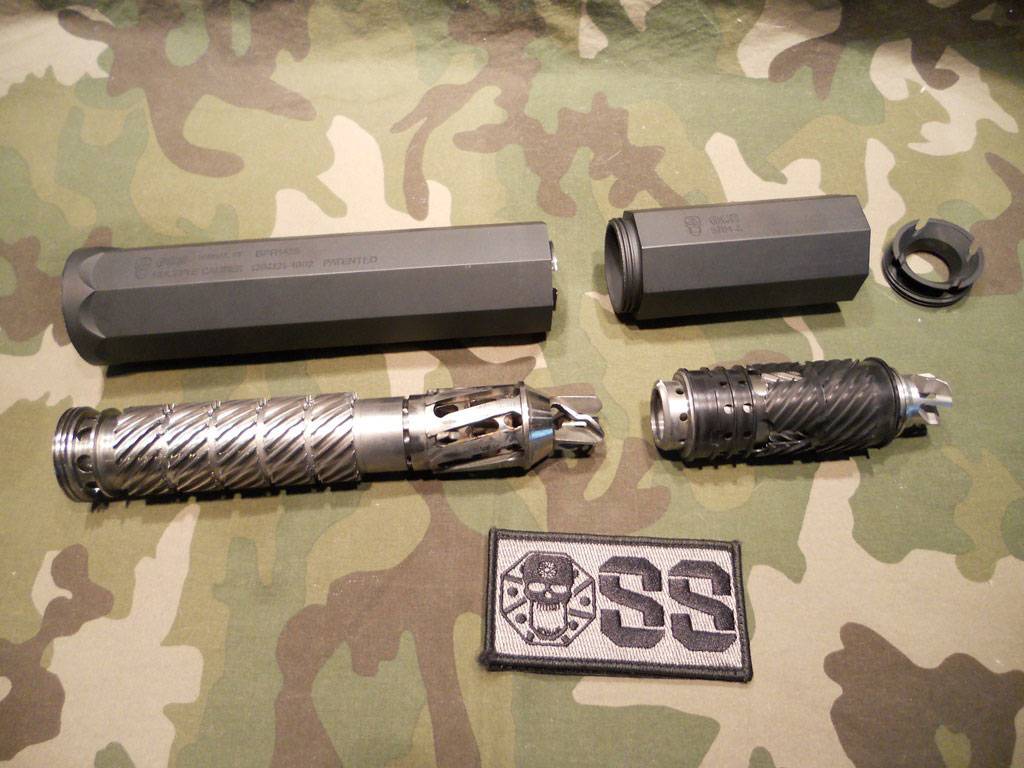 With regards to suppressors, none were as impressive as OSS Suppressors. While they are not new to SHOT Show 2016, they have reached out to get their product and name better known. They rented the Battlefield Vegas range for the entire week of SHOT Show. My friends and I got to go and test their system. We were inside a small indoor range with only about 8 lanes. It felt too small to be shooting such guns as full automatic belt fed M249 and Barret MRAD .338 Lapua Magnum. But my concerns were assuaged once we started shooting the guns with OSS suppressors. We were like kids in a candy store. The back wall was covered in rifles outfitted with their suppressors. There was even a .50 BMG rifle. Strangely none of the guns available to test were actually normal civilian weapons. My friend wanted to try a 16” bbl AR15 and the closest thing they had was a 14.5” SBR. Most of the guns were full auto. Shooting a .338 Lapua inside this small space was the most impressive. We got a chance to take our hearing protection off momentarily to hear the Lapua. It sounded like an unsuppressed .22LR. We were required to wear hearing protection because there was another group at the first 4 lanes and they were shooting unsuppressed.